This past April, Cody Townsend and Jeremy Jones ventured up north to Valdez, Alaska, with a very specific objective in mind: Meteorite Mountain. Jeremy had been planning to make an attempt on it all season, and Cody needed to tick it off for The Fifty Project. Since their plans overlapped so perfectly, it seemed only natural that they would combine forces. 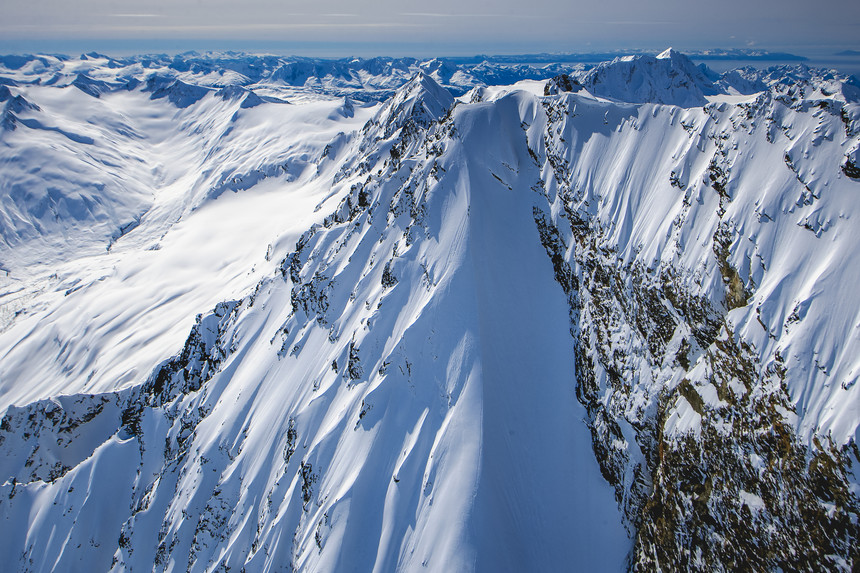 Combine forces they did, but they didn’t head straight to the trailhead. Instead, they met at Robe Lake Lodge, a luxurious and picturesque hotel located on, you guessed it, Robe Lake.

RELATED: Welcome Aboard the First Heli-Bike Experience in Utah 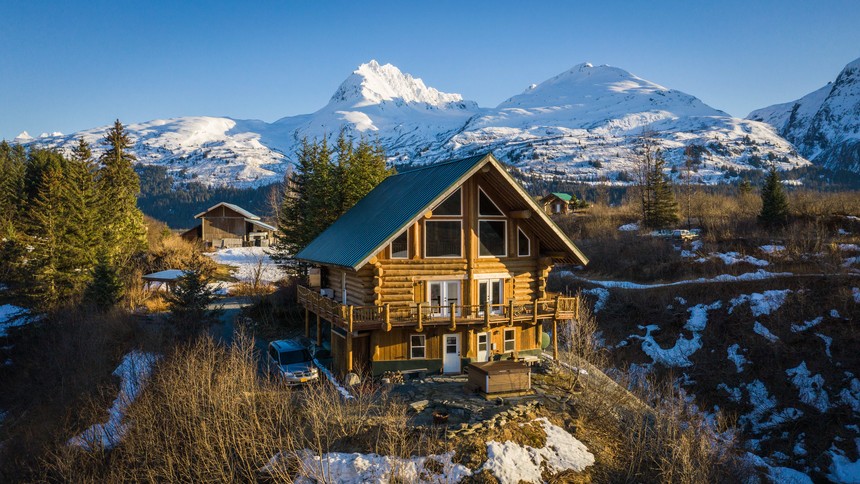 Offering panoramic views of the surrounding mountains, well-appointed rooms, a hot tub, sauna, and top-notch dining, Robe Lake Lodge was the perfect home base for our intrepid adventurers to prepare for their ascent.

As it happens, the lodge is operated by Black Ops Valdez, a heli-skiing outfit which operates in southern Alaska’s Chugach Mountains. While Cody and Jeremy were climbing Meteorite using human-power, their film crew was to film their ascent and descent from aloft, so having access to a helicopter was mission-critical. Furthermore, Kai Jones was in AK, and wanted to watch his uncle's attempt on the peak. 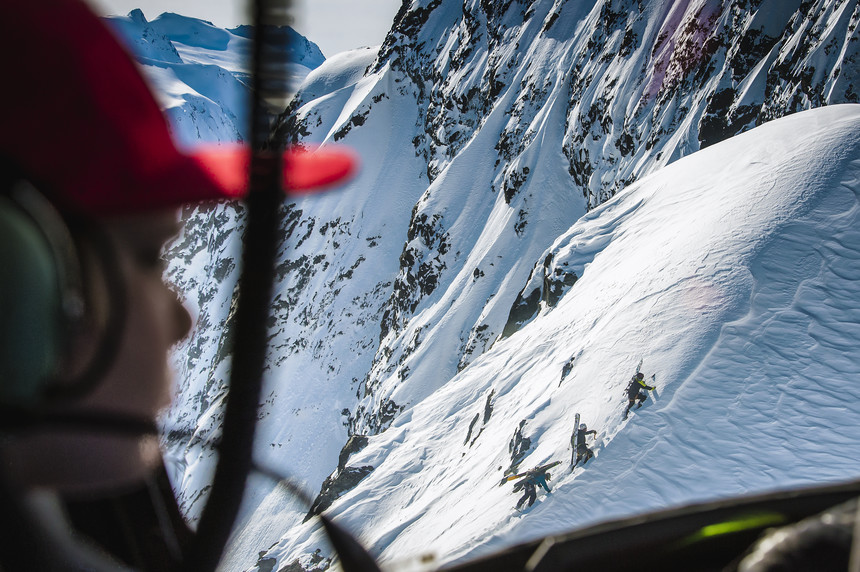 You'll be out there with them someday soon, Kai. Nic Alegre photo.

As Jeremy, Cody, and Fifty Project cinematographer Bjarne Salen climbed and rode Meteorite, Kai and TGR photographer Nic Alegre were circling them in the bird, capturing stills. Black Ops' A-Star 350 B3s (AS350B3) are perfect for TGR's uses, with massive windows that make it easy for photographers and cinematographers to get the shot. Plus, the views aren't too shabby for sightseers. Fun fact: The AS350B3 was the first helicopter to land atop Mt. Everest, so you know they're for real. 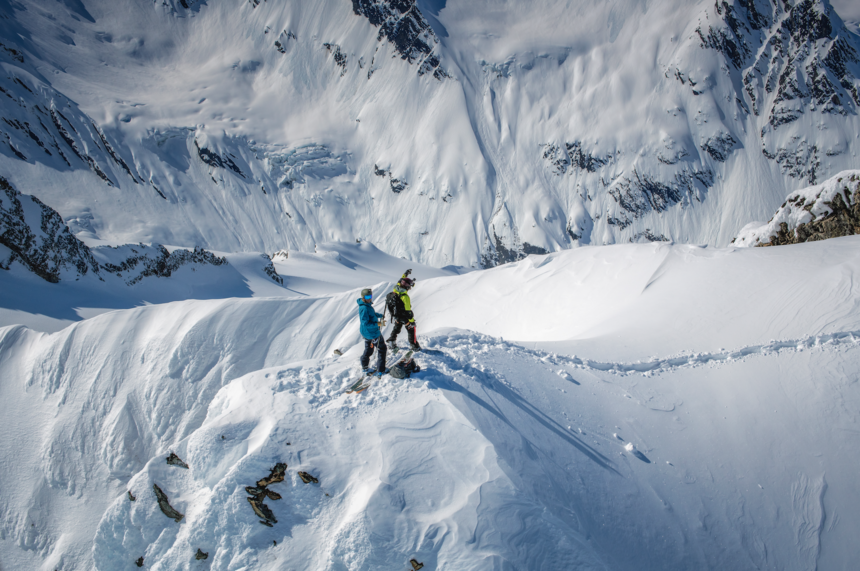 Cody and Jeremy were understandably exhausted after their day, and were stoked to get back to Robe Lake Lodge for a little rest and relaxation in the aforementioned hot tub and sauna before a hearty dinner from the lodge's private chef. 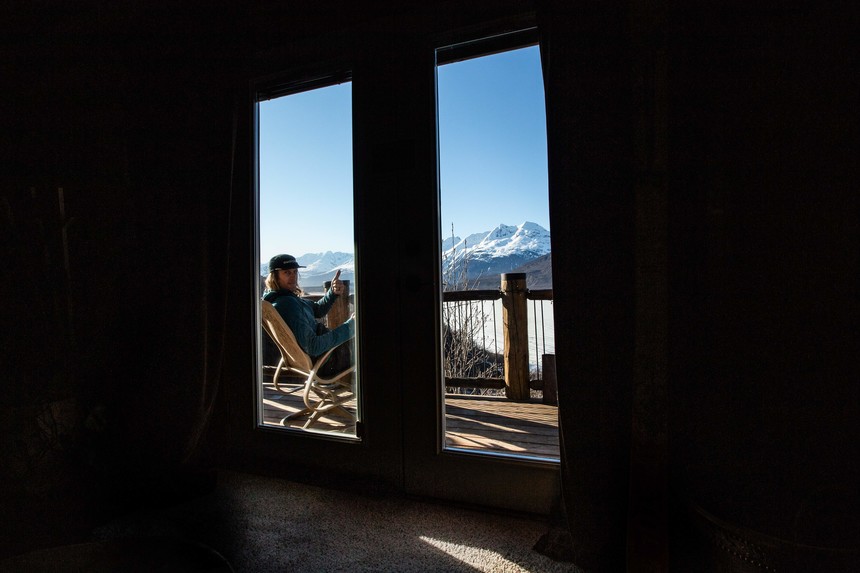 How's the view out there, Cody? Bjarne Salen photo.

Whenever TGR goes heli-skiing in the Chugach Mountains, we know who to call: Black Ops Valdez. The combination of experienced guides, top-of-the-line helicopters, and great accommodations is unbeatable, as far as we're concerned.

100-year businesses don't exist. The retail industry is dead. In the rugged White Mountains of northern New Hampshire, neither of those statements are true. North America’s oldest ski shop, Lahout’s, has remained open 365 days a year since 1920. While e-commerce and conglomerates have stripped the country of local, independent retailers, a family of Lebanese immigrants have prevailed for a century, beating the Great Depression, World War II, the Dot Com Crash and the Great Recession. RELATED:

YETI’s isn’t your normal ski film. In fact, there’s actually not a single shot of actual skiing in it. But for anyone who’s ever been on a ski expedition, or planned on, or even dreamt about going on one, you’ll recognize the power of the unknown. One little thought can lead to a photo, which will lead to a storm of ideas that can eventually culminate in the experience of a lifetime. RELATED: The Athlete Edits - Karl Fostvedt Of course, as anyone who’s ever been on a ski expedition, planned

Sometimes it’s hard to keep track of the important things in life. And when life revolves around skiing, we tend to get caught up in it and can forget what it's all about. More than anything, skiing is meant to be fun. And that’s exactly what the new short film chronicling the adventures of skiers Cody Cirillo and Kellyn Wilson’s 1962 school bus nicknamed the Honey House Bus. It’s a real Wes Anderson-y flick, just with a lot more snow. To watch the full film, sign up for the digital tour