Trent Meisenheimer, Forecaster and Avalanche Education and Awareness Specialist for the Utah Avalanche Center, recently shared this video of a large slide in the Alta area. Multiple feet deep and several hundred feet wide, the avalanche tore down a chute on Little Cottonwood Pass after it was triggered by explosives. This footage comes at a time when slides are occurring all over the western United States after a spotty winter has led to unstable conditions. The Utah Avalanche Center classifies this area as having ‘considerable’ avalanche danger.

A snowboarder was recently caught in a large slide on Castle Peak in the Tahoe National Forest of California, on Donner Pass. She was the last snowboarder in her party of nine to descend when a large avalanche broke free and carried her two hundred feet down the peak where she was buried face-first. Thankfully, her group was able to rescue and resuscitate her after only four minutes. The Sierra Avalanche Center classifies any area near or above treeline as having ‘moderate’ avalanche danger.

Colorado sadly had its first avalanche fatality of the season on December 9th, following almost two hundred previous slides across the state since late November. This avalanche on Diamond Peak near Cameron Pass was multiple hundred feet wide at both the crown and the toe and ran for over four hundred feet. The Colorado Avalanche Information Center classifies this area as having between a ‘moderate’ and ‘considerable’ avalanche danger. 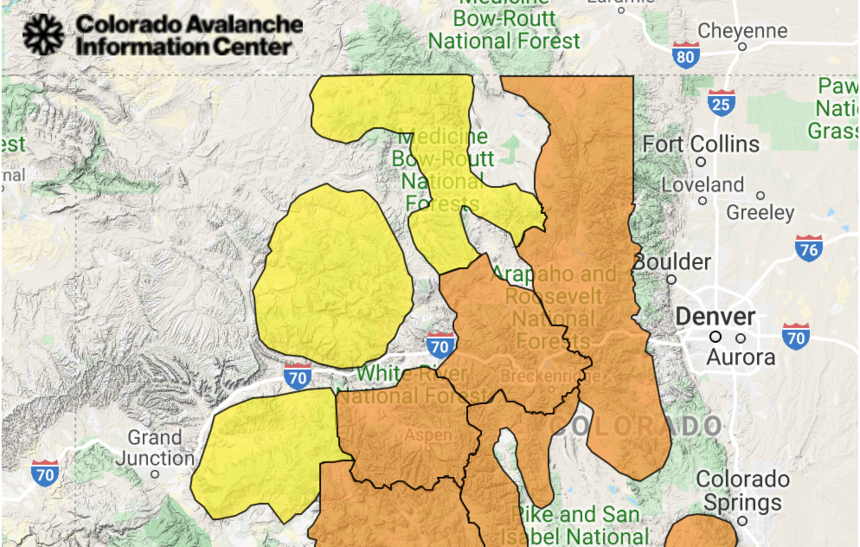 A common theme among all of these events is the steepness and the North or Northeast aspect of the slopes in all four areas. Make sure to read your local avalanche forecasting website and, as they say, know before you go.