Every skier and snowboarder has a personal bucket list they would like to accomplish before their knees give out and they have to resort to something lesser, like golfing. Most common are having a 100-day season, visiting Japow, getting their alpine fix in at Chamonix, and doing a tour of British Columbia’s legendary Powder Highway.

Enter To Win: All Friends on a Powder Day Sweepstakes

The Powder Highway is famous for its huge amounts of fluffy white snowfall in down-to-earth towns with enormous backcountry access. There are seven official stops on the Powder Highway but its first one is just eight miles past the US border and only two and a half hours from Spokane, Washington. Rossland, BC is home to RED Mountain Resort, which recently has been stepping up their game with a wide variety of new offerings. 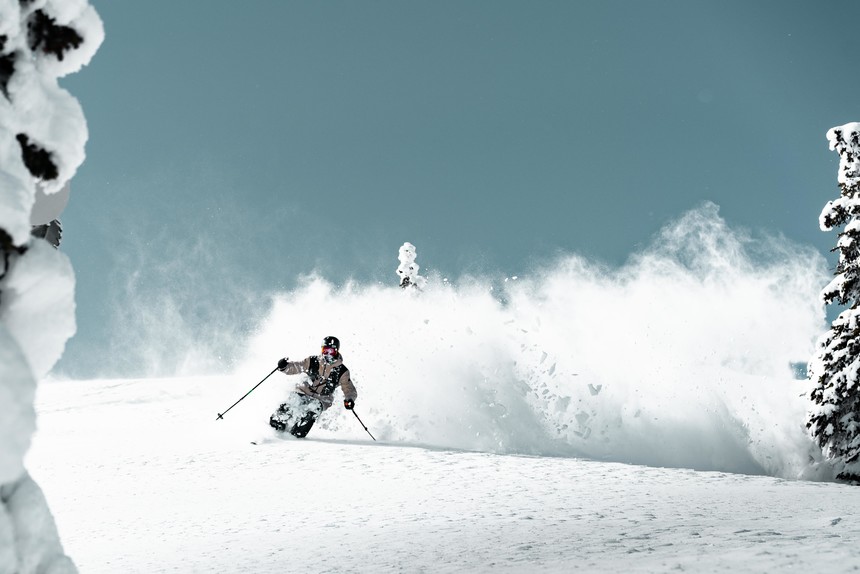 RED Mountain is a sure place to find your powder fix. Marcel Becker Photo.

Brand new this year, RED Mountain is opening up a fresh chairlift that expands their skiable terrain by 300 acres. This brand-new area will include seven new runs and 1000 vertical feet of skiing and riding. That addition puts RED Mountain into the top 10 largest ski resorts in North America at 3,850 skiable acres. Within that elite list, RED Mountain has the most acres per capita - that is, the most terrain for the fewest skiers and snowboarders. How’s that for a winning combination? If that isn’t enough, RED Mountain also offers $10 per run cat-skiing on the adjacent Mount Kirkup.

Last winter RED Mountain debuted their new boutique ski-in/ski-out hotel, the Josie. Unlike base areas that have become crowded in recent years, the Josie is the closest thing to waking up on the slopes without literally sleeping on a chairlift. The Velvet Restaurant and Bar awaits guests after rolling out of bed with locally inspired takes on French cuisine prepared by head chef Marc-Andre Choquette. While feasting on breakfast, the Josie’s ski valet and concierge warm guests’ boots and lay out their skis. After a hard day on the mountain, the Velvet’s bar and the Josie’s luxury spa are ready to be taken advantage of. But high-end doesn’t have to mean high-cost, rooms are still affordable and US dollars go further with the favorable exchange rate. The Josie has made such a large impression that it was named a finalist for the World’s Best New Ski Hotel last year. 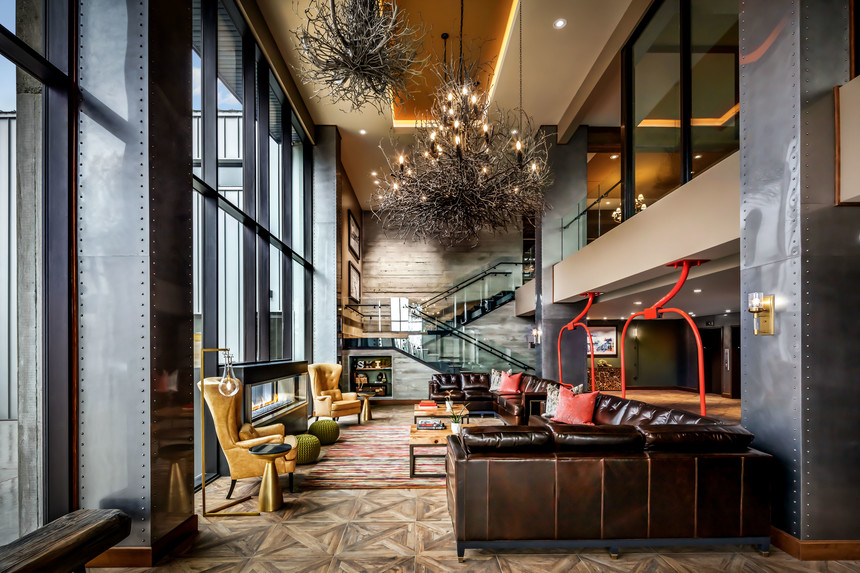 The Josie’s Lobby, the perfect place for you and your friends to hang out after a day of shredding. Josie Hotel Photo.

Despite these new additions to RED Mountain, Rossland isn’t losing the heart and soul skiing experience it’s known for. In addition to the established family-oriented condos at the base, RED Mountain now offers housing options with quick access to the slopes for every price point and traveler demographic. Just last year, RED Mountain opened up the modern Nowhere Special Hostel with more than 80 beds on prime real estate right at the base. Rooms start at $30 USD a night and are a two-minute walk from the base lodge and chairlifts. Are you and your college buddies traveling as a group to Rossland? The Nowhere Hostel also offers private rooms as well.

Housing is just the tip of the snowpack. RED Mountain is fiercely committed to staying independent. Two years ago, the mountain finished a  historic crowdfunding campaign that offered ownership equity and loads of perks to those who chose to invest. More than 700 people contributed $2.5 million to keep RED Mountain independent and thriving. 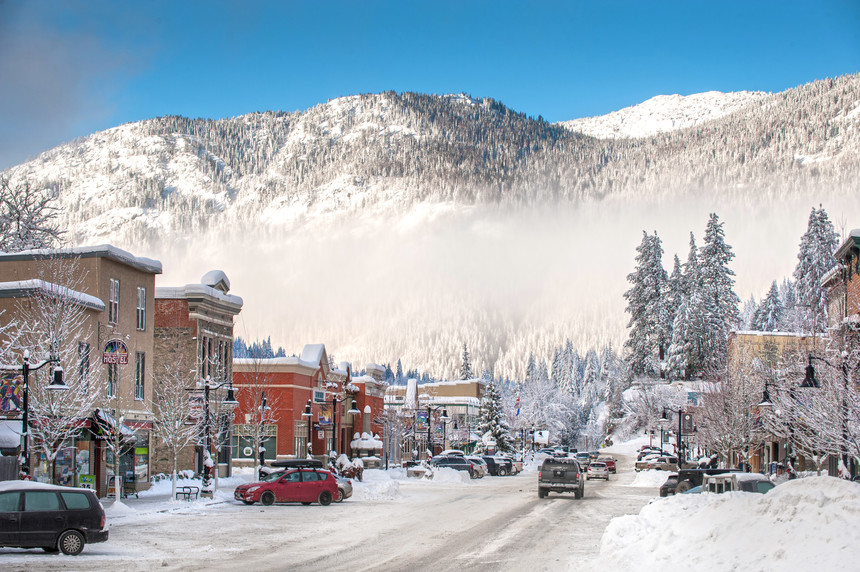 Downtown Rossland prides itself on being a heart and soul mountain town. Dave Heath Photo.

Every winter at big resort towns across North America, skiers and snowboarders lament the changes to their beloved towns and mountains over the years. The lines are too long, the housing too expensive, the fresh tracks all gone. RED Mountain is committed to offering the best that resort towns have to offer while not losing the down-to-earth spirit it’s known for. As part of that friendly Canadian hospitality, RED Mountain and the Josie Hotel have partnered with TGR to give four friends the opportunity to experience the stoke themselves. Follow the link below to the aptly named sweepstake.

All Friends on a Powder Day Sweepstakes 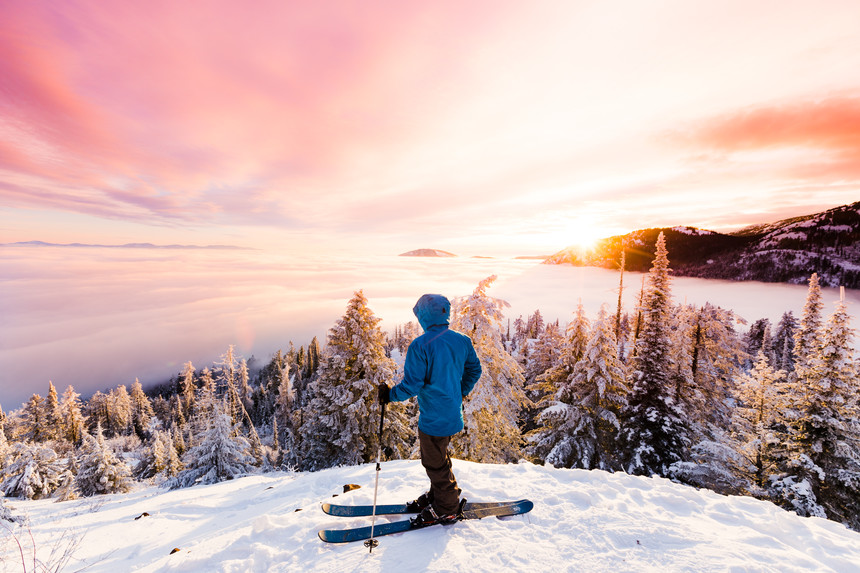 RED Mountain in a sea of white. Rory Court Photo. Pages are good and impressive. All skiers love to do skating on snow. Kindly follow the link for reach the fastest Banks routing Number
https://banksroutingnumber.com/chase-routing-near-me/

Do you require Top Homework Writing Services for your assignments’ needs, but you are unsure of the Best Homework Writing firm to contract? Our Custom Essay Writing Company has credibility and has been providing homework solutions.

If there’s one place in the world that serves as a stark example of the devastating effects of changing climate, it’s Chamonix’s Mer De Glace. The massive glacier running from the flanks of Mont Blanc once reached the outskirts of the town of Chamonix. Today, the foot of the glacier is thousands of feet above the valley floor, and is continuing to melt at an unprecedented pace. For anyone who has ever been lucky enough to climb or ski in those mountains, you’ll remember the markers put in