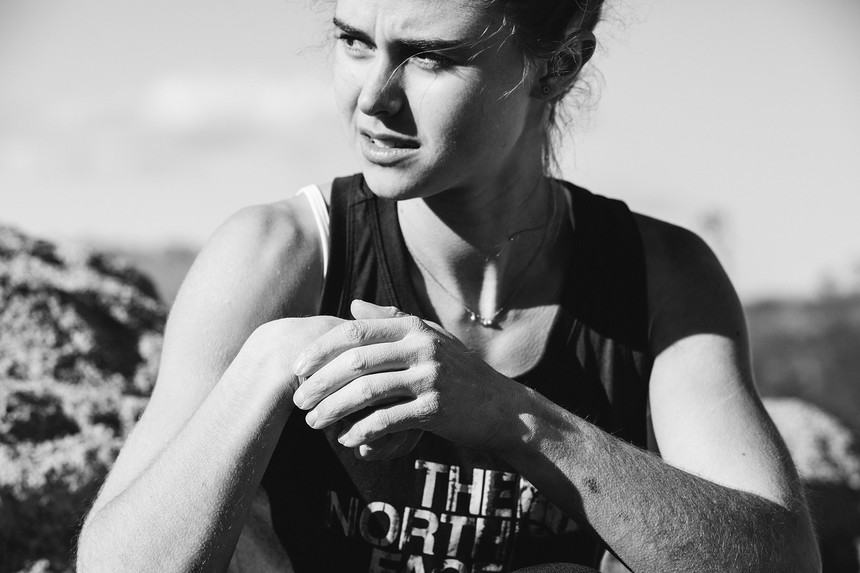 Not only does she claim the first female ascent of 5.15a, North Face athlete Margo Hayes is the reigning national sport climbing champion. Laurel Golio photo.

It’s been a long time coming to celebrate women breaking boundaries. Female explorers moving mountains—not just in the realm of outdoor adventure—but in art, music, social, and science. Recognizing this need, The North Face has launched a global effort to do so with their new She Moves Mountains campaign. 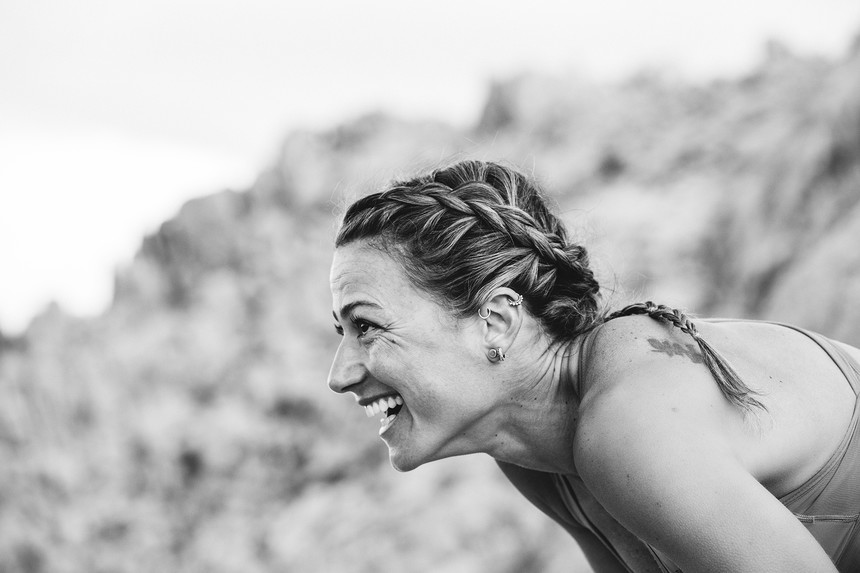 While the foundation of the campaign is based around a collection of narratives from North Face athletes—alpinist Hilaree Nelson to ultrarunner and activist Fernanda Maciel—they also share the spotlight on NASA Scientist Tierra Guinn Fletcher and musician Madame Gandhi. Because female achievement permeates past the realm of the outdoors. 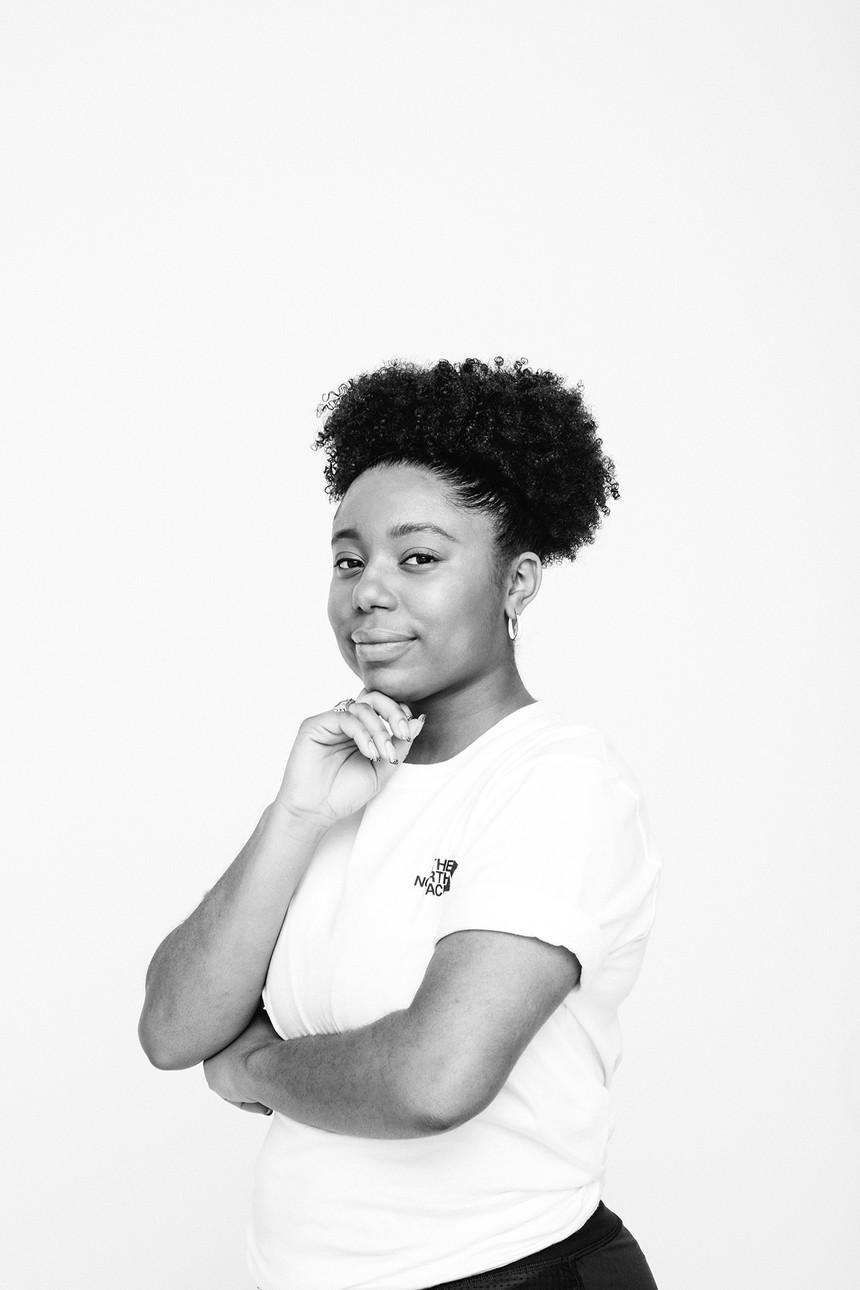 Literally breaking boundaries out of this world, Tiera is a full-time rocket engineer. Currently engineering and envisioning rockets for Mars. Laurel Golio photo. 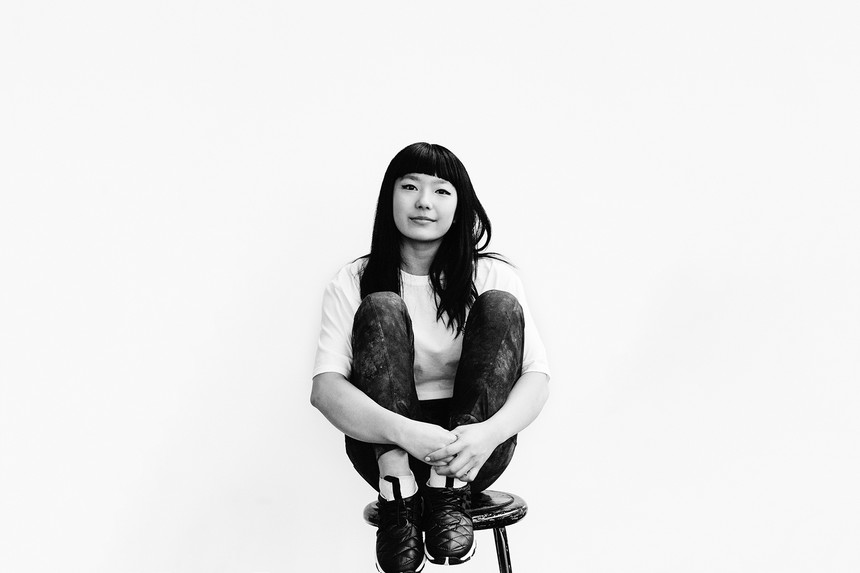 North Face Athlete Ashima got her start in climbing in the most unconventional of places: New York City. Now she crushes in the climbing scene as the 2x youth bouldering and lead climbing champion. Laurel Golio photo.

“We know better than anyone that there are plenty of women out there who are already accomplishing incredible, inspiring things every day. Yet women and girls don’t see themselves represented as ‘explorers’,” said Tom Herbst, global vice president of marketing at The North Face. “We had a simple theory that if women and girls see more role models in exploration, it will create more female role models for future generations.” 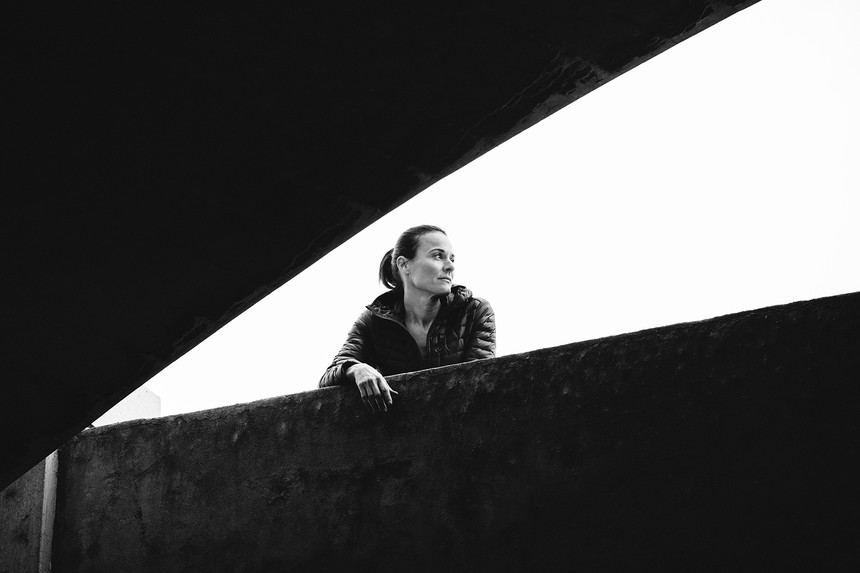 North Face Athlete Hilaree Nelson has adventured to some of the most exocitc destinations on this planet. With incredible ascents ranging from the Himalayas to Andes, it's no wonder that she was named this year's national geographic adventurer. Laurel Golio photo.

Actress America Ferrera is a proud girl scout alum who advocates for diversity and community through her work. Acting as the voice for the new Outdoor Adventure Partnership between GSUSA and TNF. Laurel Golio photo.

But the North Face is seeking to do more than highlight stories of incredible women (even though that alone is exhilarating). They want to help level the playing field. Joining forces with the Girl Scouts of USA, they are aiding in the creation of a multi-year outdoor adventure program, which will see the addition of 12 new girl scout badges, focused on outdoor skills ranging from mountaineering to trail running.

“We are excited to partner with The North Face to help girls challenge themselves, learn about the natural world, and continue the Girl Scout tradition of having life-changing outdoor experiences. Our research shows outdoor experiences are part of fostering leadership skills in girls," said Herbst. "This new programming inspires them to create their own outdoor adventures and develop critical leadership skills that prepare them for a lifetime of exploration and success.”

The North Face says this shift is more than a outward marketing push, but also an extension of the companies’ own goal to close gender gaps internally. A renewed focus that will be directed towards a greater investment and attention in their female products.

Sign in to comment
tags: women in the mountains |the north face |tgr news |she moves mountains

Our outdoor playgrounds are in peril and our votes this November will decide their future. Professional snowboarder Jeremy Jones has watched winters change drastically during his 45 years spent in the mountains. More extreme weather, fewer snow days, and economic strain on mountain towns. And yet, climate change remains a divisive issue. In the new film , Jeremy seeks common ground in the heart of America's purple states, having honest discussions with individuals who don't see eye to eye

With fresh snow atop the Tetons, we’re all getting stoked for the upcoming winter season. At this point, it should go without saying that this winter will be unlike anything we’ve ever experienced. JHMR just released an updated plan for their 20/21 winter operations. Most importantly, the Tram will run! There will be limited numbers on the mountain, but passholders will not have to make reservations. See below for the full letter. Dear Community, Passholders and Guests, Monday we saw a fresh

If we want to protect the places we love—our mountains, forests, deserts, or oceans—it starts by voting. Sounds simple, right? However, our track record isn’t too great: Thirty-five percent of 18-29-year-olds, who said they “definitely voted” in the 2014 midterm election, in fact, didn't actually vote. Yikes. We can do better this November and Protect Our Winters wants to make the process as easy as possible. RELATED: Make a Plan to Vote with Protect Our Winters Protect Our Winters’ Make A