When in British Columbia, ski powder, they say. Well, that’s exactly what the entire crew of Freeride World Tour athletes has been up to since late last week in Kicking Horse, exploring the best of what Golden, BC and the Purcell Mountains have to offer. After weathering some heavy snow for the weekend, the athletes lined up in the start gate for the second round of the FWT.

For the second year running, Kicking Horse’s Ozone Face hosted the Tour, and riders took creative new lines down it. Check out highlights and results below.

RELATED: World Class – Inside the FWT

France’s Marion Haerty, the former world champion, stomped a fast and fluid run, including a super-technical rock choke to land her atop the podium. Japans Wakana Hama and Austria’s Manuela Mandl took second and third with big airs and strong riding.

"It's really nice to win here in Canada, I really feel like home here ! We had all the good conditions to ride well and have fun and that was just the case. I totally changed my line from last year, I wanted to follow the line of skiers, to go fast and big…and it worked!"- Marion Haerty 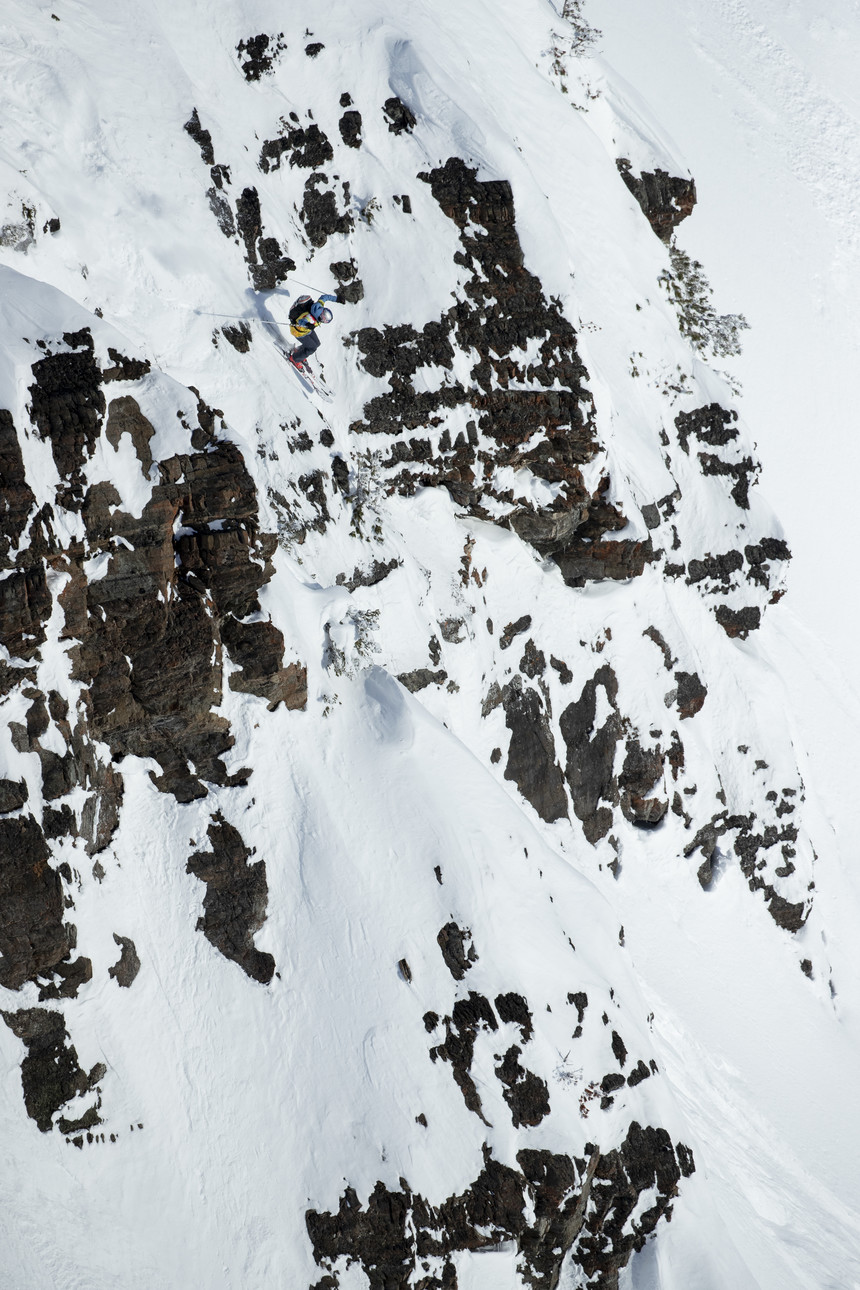 After winning the Junior World Championships in Andorra last year, Alta-based skier Jackie Pollard showed that she has what it takes to hang with the best in the world. Her blistering run beat out stylish lines from the current champion, Italy’s Arianna Tricomi who took second, and USA’s Hazel Birnbaum who placed third.

“It’s a wonderful day, we are so happy to be there with all the ladies and everyone have such a good vibe here at the top, I just had fun ! My brother told me to just trust myself today and I listened to him and it worked out !” - Jackie Pollard

"I was very happy to be able to observe the face with good weather. I had my line in mind but arrived at the top I jumped a cliff bigger than expected and with the speed I changed line at the last second. It was more consistent than expected but my run was quite fluid. I almost fell to the last cliff, but it hit. So I'm super stoke!”- Victor De Le Rue 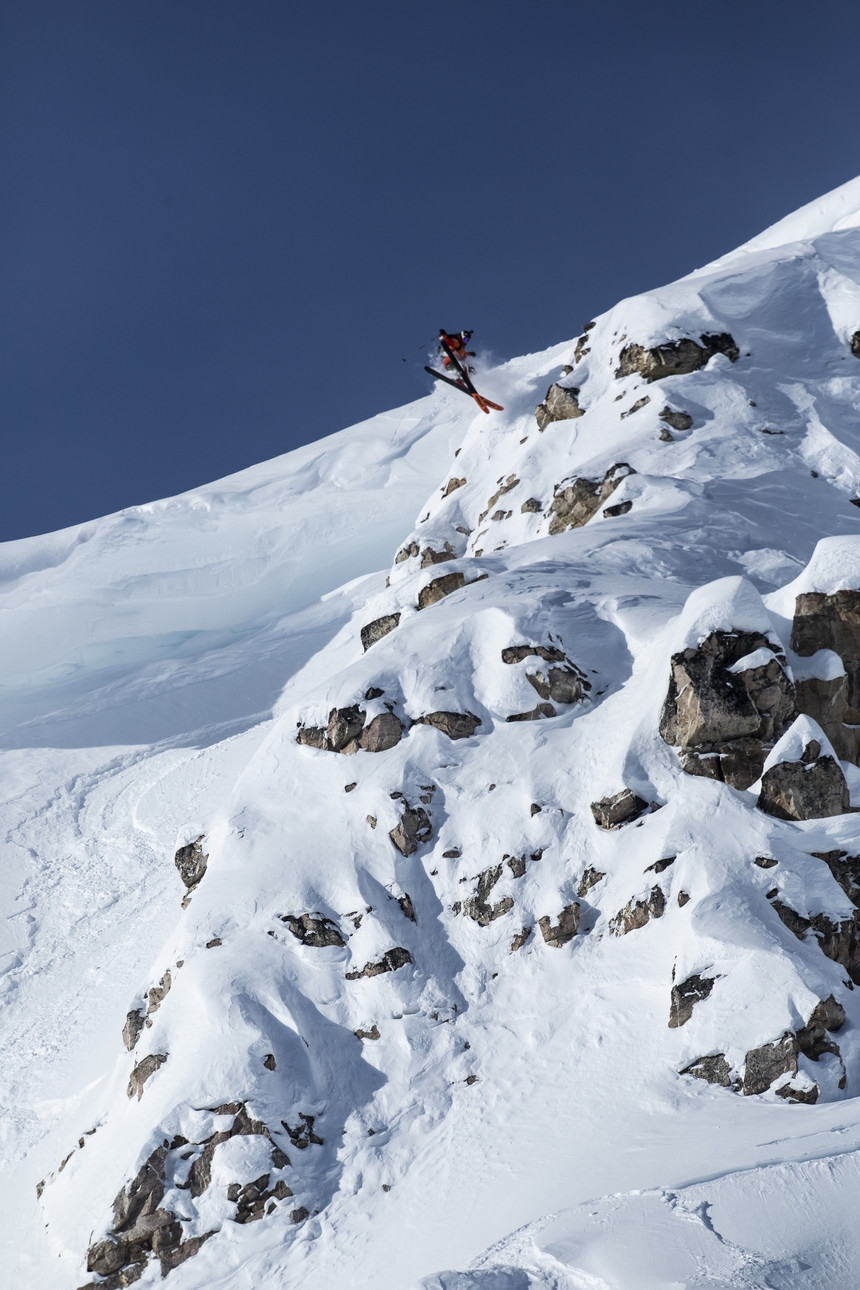 Craig Murray sending it for the crowds. Dom Daher photo.

When Kiwi Craig Murray stopped mid-line during his run, most thought he was in trouble and calling off his line. As the camera zoomed in, it became clear he was simply hyping up the fans and judges for what he was about to do: linking a huge cornice, a 360, and one of the largest backflips in FWT history to take the win. Italy’s Markus Eder followed a similar line to Murray, highlighting his cat-like freestyle sense to take second place. Local legend and last year’s winner Logan Pehota stomped a highly technical line with some massive airtime and two 360s.

“I did a big flat 3 at the bottom air that I think people were stoked on and that felt really good so I’m happy with that. It went pretty much according to the plan and I was really happy about it. It’s been an amazing day here in Golden BC.” – Craig Murray

For anyone who’s ever read Jon Krakauer’s – or the seen the movie for that matter – you’ll probably recognize the famous Fairbanks City school bus that Christopher McCandless called home during the summer of 1992. Yesterday, the Alaska National Guard airlifted the bus out of the wilderness via CH-47 Chinook helicopter, citing the fact that the schoolbus has turned into a dangerous attraction for adventure seekers. RELATED: The Great American Outdoors Act Passes Senate As chronicled in

Check Out Some Gnarly Late-Season Skiing From Chamonix

Check Out Some Gnarly Late-Season Skiing From Chamonix

At this point, it’s a fair bet that we’ve all hung up our skis for the summer and have transitioned to more appropriate sports like climbing, mountain biking, or running rivers like there’s no tomorrow. Of course, in France, things always tend to be a little different – and the whole “hanging up your skis” thing is no exception. Leave it to FWT champion Leo Slemett to continue pushing the limits even in mid-summer. Although, let’s be real here – skiing pow on the infamous Mallory route on the

After months of being trapped at home, Italian freerider Markus Eder was in the mood for some skiing. The region's ski resorts were still closed, but Markus assembled some motivated friends to help build their own slushy terrain park at Klausberg, his home resort. RELATED: Check out the TGR Journal Vol .1 Featuring all the pond-skims, jump-trains, and good vibes you'd expect from a spring park edit, SuperSpringSesh 2020 also includes a healthy amount of FPV drone cinematography, which always