Denver’s historic Bluebird Theater will play host to a unique combination of sights and sounds on Jan. 29, when Dead cover band Shakedown Street will perform the live musical score to Fire on the Mountain, the latest celebrated film from Chris Benchetler and the Grateful Dead.

RELATED: Behind the Scenes of 'Fire On The Mountain' with Michelle Parker

Directed by Benchetler and Tyler Hamlet, and captured by Hamlet in collaboration with Sweetgrass Productions, the visual journey chronicles a long, strange snow and surf trip, featuring never-before-seen visual effects within nature and original artwork by Benchetler and visual artist Skye Walker. Grateful Dead drummer Mickey Hart— who co-wrote the group’s 1978 hit “Fire on the Mountain” — called Fire on the Mountain “a beautiful film” that clearly connects the common threads between sports and music. 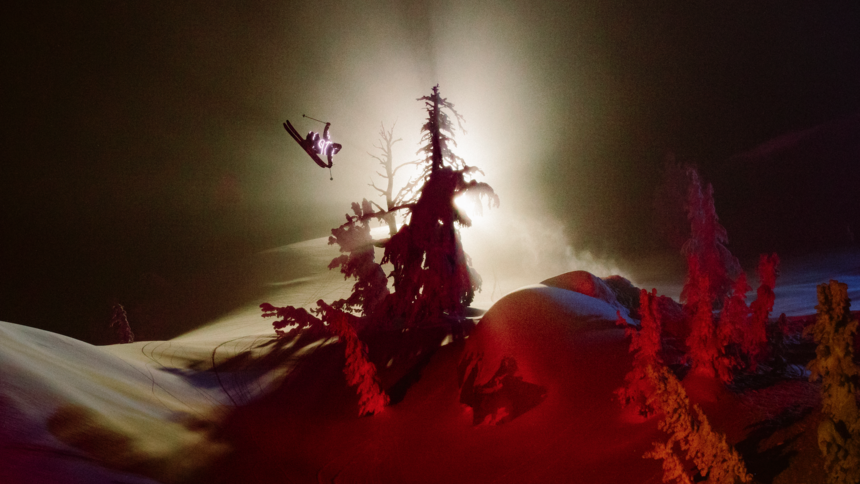 Benchetler catches some air under the lights. Peter Morning photo.

Founded in 1987, Shakedown Street is one of the longest-running Grateful Dead tribute bands in the world, and the band will create its own live rendition of the score for Fire on the Mountain during this performance. Following the conclusion of the film, Shakedown Street will perform a full show of Grateful Dead favorites, drawing from a working repertoire of more than 200 of the band’s songs.

Fans of the film can also visit the Fire On The Mountain art exhibit at evo’s Denver location, at 860 Broadway in Denver. The exhibit includes original works, limited edition prints, and two large scale works inspired by the Fire on the Mountain project, and runs through February.

Originally built as a movie house in 1913, the Bluebird Theater is listed on the U.S. National Register of Historic Places and has been a staple on the Denver concert scene for decades. The 550-capacity theater is general admission and laid out in tiers with a full-width balcony over the back half of the house.

Tickets available in advance for $20 at the Bluebird Theater website: https://www.bluebirdtheater.net/events/detail/389585

Crossing the Khumbu Icefall on the slope of Mount Everest is no joke. The whole ordeal requires several crevasse crossings in the sketchiest way possible: walking across a series of Home Depot ladders while wearing crampons. Not to mention, the ice structures around you are always changing and are known to collapse. Unfortunately, one climber experienced his worst nightmare when he lost his balance on one of the crossings. The safety line was the only thing keeping him from plunging into the