It’s a scenario that no one wants to imagine while being out in the backcountry. You and your pals are deep in that secret stash having an unforgettable day when suddenly, someone lands on a rock and fractures their femur. Now everyone is in rescue mode, and getting in contact with rescue personnel is more pertinent than ever. The thing is, backcountry adventures often take us to zones with either poor cell service or no connection at all.

While it’s optimistic to think that at least one person in your group has a satellite phone, that’s usually not the case. Sat phones are a great piece of equipment, but they’re not cheap and can be often heavy to pack along. Somewear Labs, however, offers a reasonable alternative to traditional sat phones with their Global Hotspot device. Originally designed in collaboration with our pal Jeremy Jones, the global hotspot is a hockey puck-sized gadget that turns your regular smartphone into a sat phone. “There is no reason not to have this on you at all time,” Jones says, who helped with product testing and initial prototype feedback. He’s never been a huge fan of satellite phones given the added weight they add to packs. But, the beauty of Somewear Labs is that it’s so lightweight that it barely takes up any room in your bag. “In my profession, you learn quickly that if something goes wrong in the mountains you need reliable communication with emergency responders. Cell phones rarely work in the mountains which is why Somewear has become a critical part of my backcountry kit." 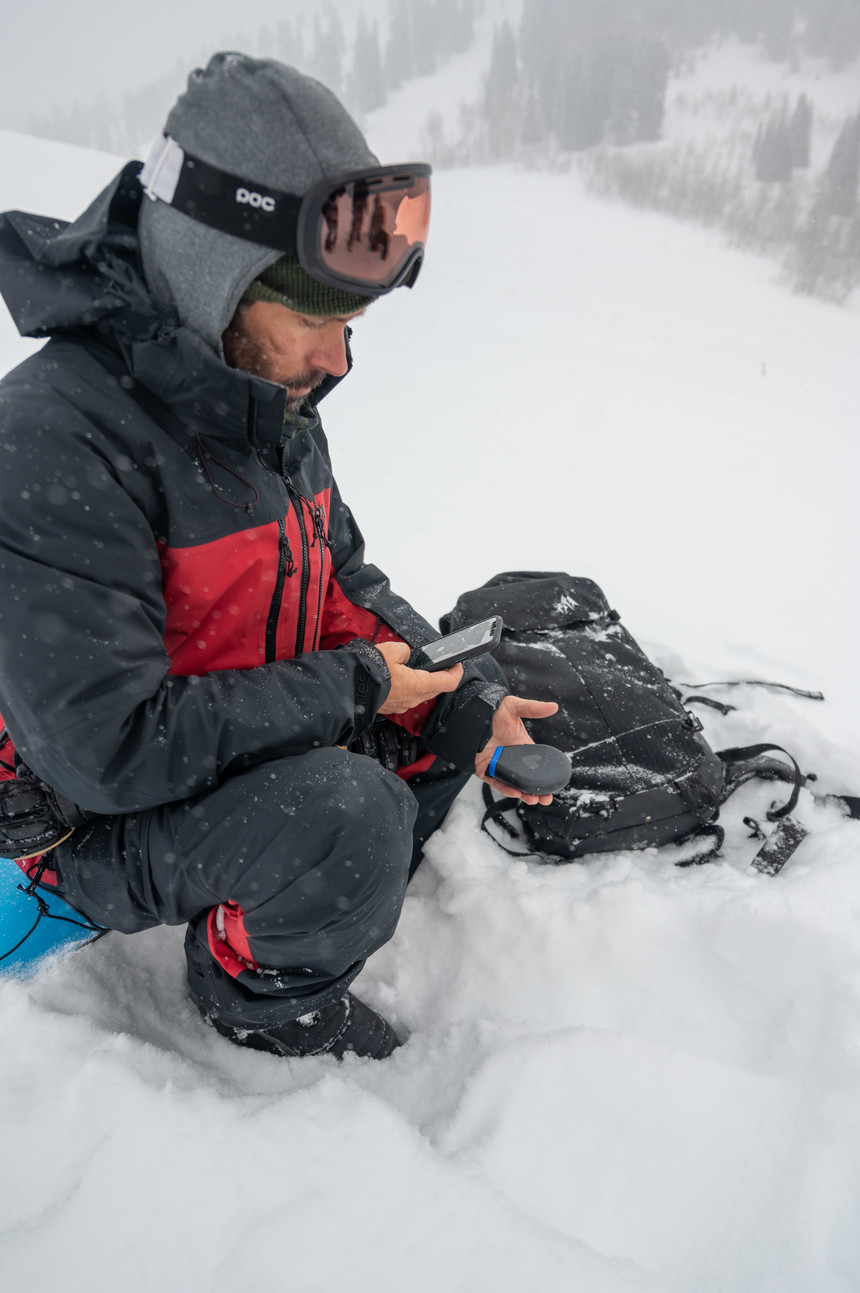 So you’re probably wondering by now, how does it work? The device works in conjunction with the Somewear labs app, which has three useful features: messaging, tracking, weather reporting. The communication component works seamlessly across WiFi, cellular, and satellite connectivity, ensuring that you’ll be able to reach whoever you need to contact. If your phone dies, don’t worry you’re not shit out of luck. The device also has an SOS feature. This feature does require a monthly satellite data subscription—which starts as low as $15 a month—but with that added capability the device becomes a stand-alone emergency transmitter. With the tracking feature, Somewear makes it easy for your friends and family to know where you’re going and monitor your journey along the way. Lastly, the device is more than a rescue tool, but a useful resource for keeping tabs on the weather. Conditions can change rapidly in the mountains, and Somewear can help you be prepared for the worst. And the device isn’t just handy for backcountry skiing/riding, it’s the kind of thing that makes sense for any adventure: backpacking, hiking, fly fishing, and anything that might have you off the grid.

To learn more about the Somewear Labs device, head to their website. The product comes in black and blue color options, and is $349.99. 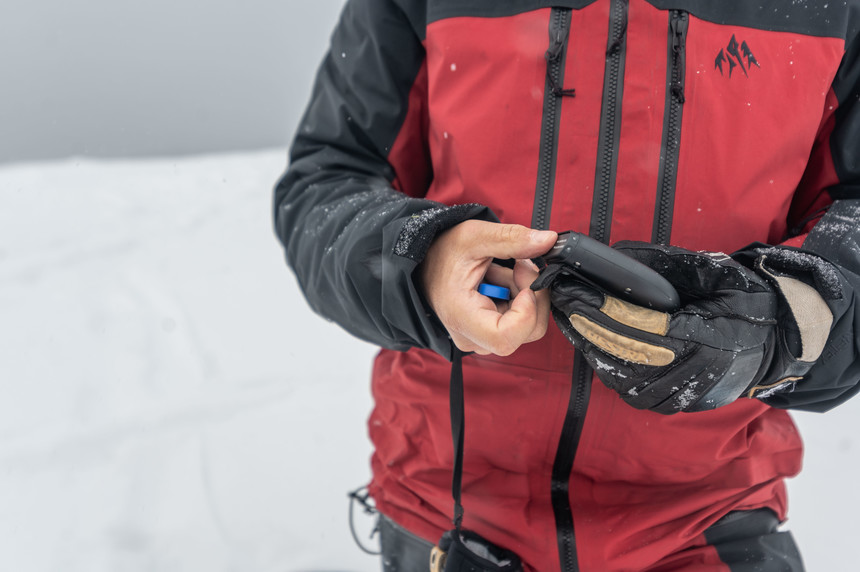 This just in from the year 2050 – UK mountain rescue professionals are testing the use of a jetpack in rescue scenarios. Actually no, that’s not a joke. A search and rescue emergency response team in England’s Lake District has been testing the feasibility of using a jetpack to get first responders on scene quickly. As seen in the video above, a SAR professional straps into a jet-powered suit to fly up a mountainside and land close to an injured patient, saving a 25-minute hike to the

Quite honestly, I only watched this video for Alex Honnold’s dry humor and sass. I was not disappointed. However, if you’re a newbie to backpacking, definitely watch the entire thing. Both Honnold and his teammate Jim Zellers have some great advice and funny banter to make your backpacking adventure successful. They explore everything from gear essentials to whether or not you need a bear canister. My personal favorite nugget of insight, though? “The main reason people go backpacking is so

It’s hard to not be a fan of John Mayer after watching this one – the guy really just gets the essence of “going outside.” Sure, it’s a car ad, and the car in question looks pretty sick, but Mr. Mayer steals the show with his wholesome approach to the whole matter. Forget stuffy scripted openings, we fully agree with the whole concept of f*** it, let’s just go outside. One thing though, will someone please teach the man how to skip rocks? RELATED: Jimmy Chin Tests The New Ford Bronco In the