Talking feels like a skill we’re squandering more and more these days in the United States. Both sides of the political divide are guilty of this, and if anything, we've become pretty good at name-calling and stirring up heated debates on social media. The thing is, we lose something essential when we stop listening to each other: common ground. It may be tough to see eye to eye with someone who thinks differently from you; however, it’s not impossible. At least, that’s what Jeremy Jones learned this past year as he set out to find commonalities with fellow outdoor enthusiasts in our nation’s purple states.

If anyone knows a thing or two about hard conversations, it’s Jones. Along with Protect Our Winters, he’s consistently met with our elected officials in Washington D.C. to discuss climate change policy. This year, though, he expanded the conversation. Jones sat down with miners, farmers, hunters, and individuals of diverse political backgrounds to talk about the environment. Before he dove into policy, he made a point to walk a mile in their shoes to find shared values. His latest film Purple Mountains explores what it means to come together rather than demonize the other side. As the film ultimately reminds us, despite our differences, we’re all on this planet together. And the way we use our voice—whether it’s to talk to a neighbor or call a member of Congress—matters.

We sat down Jeremy to learn more about the film, and hear why these conversations matter more than ever right now.

You've spent decades talking one-on-one with our elected officials; however, you decided to speak with everyday individuals for your film Purple Mountains. What prompted this idea?

Jeremy Jones: I dove into the film with a straightforward question: Why is our country so divided on clean air, clean water, and a healthy planet? The film explores that question, leading me to discussions with people who have a strong connection to the outdoors but might not support outdoor policy. In one case, that meant snowboarding with a miner and talking with him about the mountains. I found that it was helpful to start with the things we both agreed on, and then we respectfully spoke about the things that we didn't see eye to eye on.

RELATED: Make a Plan to Vote with Protect Our Winters

Did you find that process hard, or was it easier than you expected?

JJ: I think there's a lot in common with these rural communities and the everyday outdoor enthusiast. These communities live off the land and love the outdoors, and I can completely relate to that. Where it gets frustrating and tiring is talking about climate change and trying not to degrade the conversation into an argument. My goal was never to get into a heated argument with these people. I remember after one trip to Elko, Nevada—where I spent two days trying to find common ground—it felt like I had been on an expedition by the time I got home. I was just smoked. 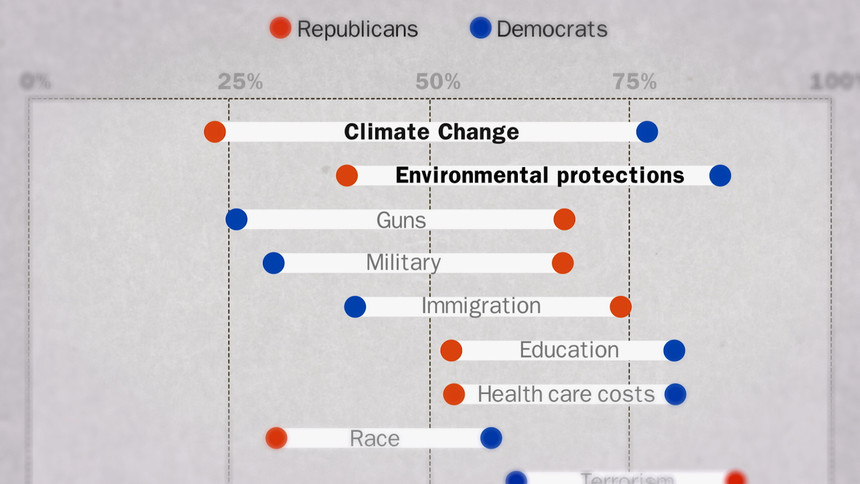 As the film explains, the outdoors didn't use to be such a polarizing issue. Purple Mountains still.

I can imagine it can feel emotionally exhausting.

JJ: Yeah. It's heartbreaking because these people are ultimately decent individuals, but they're so dug in on their beliefs.

It's interesting to put that in perspective with the fact that outdoors didn't use to be such a polarizing topic.

JJ: These issues didn't become political by chance and the film explores this fact. The fossil fuel industry wanted to make climate change a political issue so it polarized people and got them yelling at each other. The reality is that these big businesses benefit from people not willing to talk to each other. They would much rather have us screaming at each other than having a town hall meeting about climate change. Ultimately, we all lose because of this. These big businesses are just laughing all the way to the bank, watching us fight each other.

You also sat down with professional climate deniers. How was that experience?

JJ: Yeah, I ended up talking with two leaders of climate denial think tanks. They're very well-spoken, and they come at you like a firehose of disputing facts, and it's tough. I'm not a scientist, and I can't sit here and go toe to toe with these guys, because that's what they do for a living. But when they started talking about snow, I fought back. They tried to argue that nothing is wrong with our winters by pulling a random research article and pointing to one tiny sliver of information as the basis for their arguments. Meanwhile, I’ve been in the mountains for the last four decades, and my experiences did little to sway their beliefs. They present this information like there is zero speculation. For them, nothing's changed with winter, and it's troubling because these are the people that lead the charge on climate change denial. 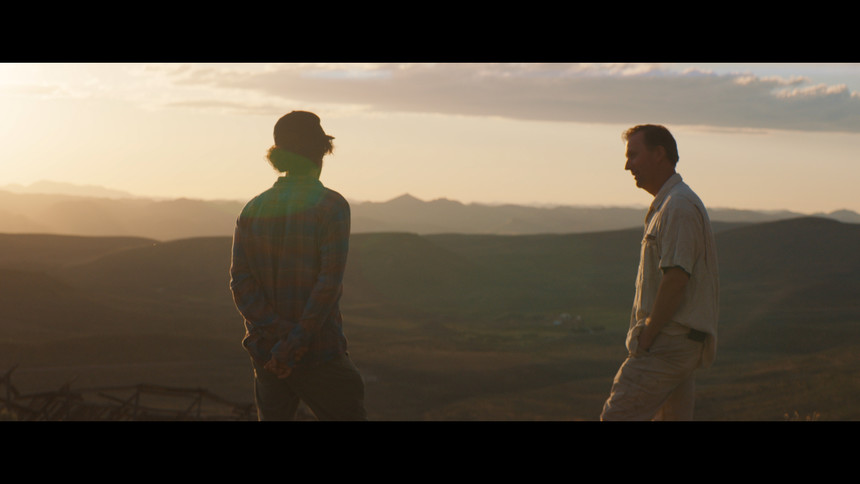 In his new film, Jeremy finds common ground about climate change on the slopes and in the heart of America's purple states.

That experience probably emphasized the importance of speaking up, though, because otherwise, those climate deniers will be the loudest voice talking.

JJ: Yeah, we need to. We are defenders of science. We are on the right side of history, which won't mean shit if we don't get on board on climate-focused policies. But I think it's crucial to understand it's not by chance that we have this large group of climate deniers. They are the result of a large scale, sophisticated climate denial campaign from the fossil fuel industry. My hope with the film is not to turn a climate denier, but hopefully, reach that person that's on the fence. Many Republicans don't deny climate change, but it's just not a top-three issue for them. My goal with the project and the work we're doing at Protect Our Winters is to get the climate to be a top issue and create a sense of urgency.

Last June, Protect Our Winters hosted a virtual lobby camp with U.S. Senators and Congressmen. Why do you think this kind of a one on one interaction between our government and us is essential for addressing climate change?

JJ: Well, the squeaky wheel gets the grease. You know, these elected officials work for us. They represent us, so they need to hear about the issues that affect our communities. I think with Protect Our Winters, we've learned over time how to be effective with our messaging. For example, there have been numerous times that we've met with elected officials and explained how the outdoors is an economic issue. We bring up points like the outdoor industry represents X amount of jobs, and then we'll see a month later politicians sending a vote based on the data we've provided to them.

Simply showing up doesn't fully get the job done, but it can influence policy. At Protect Our Winters, one of our main focuses is connecting with more moderate individuals, you know, someone that traditionally hasn't voted for climate action, but with some time and effort, they can. Even though most Republicans have avoided acting on climate change, a few have crossed the aisle after meeting with us again and again. That's what happens when you lobby year after year. 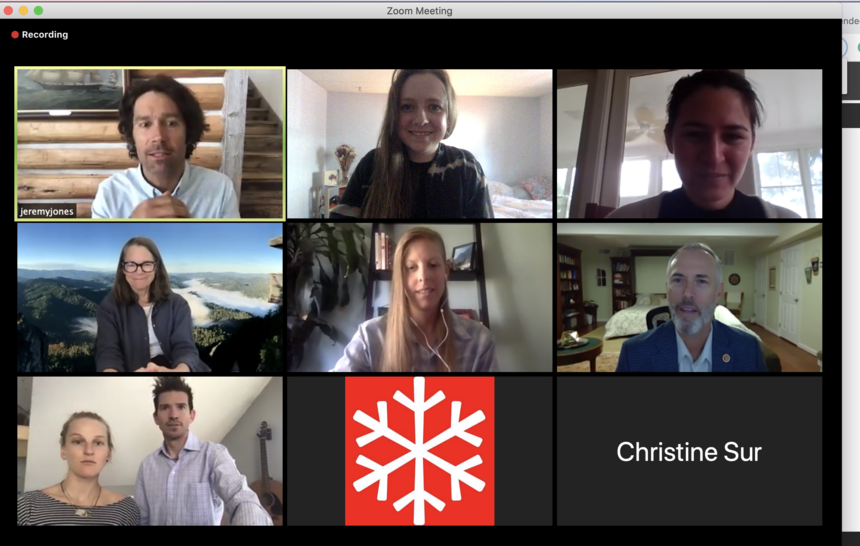 This year Protect Our Winters hosted a virtual event, in which the outdoor community met with U.S. senators and congressmen via Zoom. POW photo.

Tommy Caldwell told me that many of these elected officials expect Protect Our Winters to be a bunch of tree huggers, but the POW team is pretty multifaceted.

JJ: CEOs of outdoor brands—who have lobbied with other groups—will tell us things like "I came here with Coca-Cola or Kellogg's, and we didn't meet with any actual congressional members, and the doors seem to fly open for you guys." The Olympic gold medals or the Mount Everest climbers certainly helped with that, but now we're noticing that something like 30 million Instagram followers will have the same effect.

We show up to Capitol Hill with not just athletes, but a whole team ranging from scientists to outdoor brands. Our team Protect Our Winters is really on top of things. If we need a guy to touch on the economy, they've got that. If we need a science perspective, then they've brought in a scientist as well. If we know a congressman is really into fishing, we'll send a professional fly fisher to meet with them. Having a good plan is critical.

It sounds similar to planning an expedition.

It was inspiring to see the bipartisan support for the Great American Outdoors Act. Since launching Protect Our Winters in 2007, have you seen more people across the aisle support the environment?

JJ: One shift I've seen—thanks to a group effort—is that people are realizing that outdoor recreation is a significant industry that many states rely on. I think our representatives have traditionally heard from other well-organized industries who have caught their attention because they're linked to job creation and the economy. Now they hear that from the outdoor community. You can drive through any mountain town— whether it's Silverton, Colorado or Killington, Vermont—and see thriving communities with people in restaurants, hotels, small businesses, or campgrounds.

Why are they there? It's to enjoy the outdoors.

Make a plan to vote with Protect Our Winters

Our friends convince us to do crazy shit all the time, but when you’re good pals with Jimmy Chin, like actress Brie Larson, you might find yourself attempting something like the Grand Teton. It’s only 7,000 feet of elevation gain in one day—no big deal, right? Larson got the idea for the adventure after doing an intense workout regime for . With Larson feeling in the best shape of her life, Chin suggested they do something big like the Grand, and she was 100 percent board. Together with Chin

YETI is Streaming EIGHT films for free tonight on Youtube

YETI is Streaming EIGHT films for free tonight on Youtube

YETI isn't just the maker of ridiculously great coolers—seriously, the ice never melts in those things—they're also known for producing high-quality short films. Lucky for us, the brand is showcasing eight of their projects for FREE tonight at 7:30 CST on Youtube. It sounds like the perfect excuse for a movie night if you ask me. Expect to see some familiar faces like Jimmy Chin and Mark Carter as well as some new inspirational stories. See below for the full film line up:YETI Presents Films:

Hollywood has never been the best at depicting reality, but when it comes to their portrayal of sharks it’s been especially bad. They’ve done a fantastic job at painting the ocean’s apex predator as a vengeful bloodthirsty killer when the actual likelihood of being bit by a shark is 1 in 3.75 million. I know what you’re thinking, “but Katie, scared the bejesus out of me when I was kid!” It still scares me too, but most of that film is either fictitious or overdramatic. Don’t just take it