A decade ago, Ryan Gibb released Life Cycles, a masterpiece of a mountain biking film. A sequel never materialized, and he spent the next few years working on commercial projects. Then, in late 2018 Gibb made a return to the MTB world, traveling to New Mexico's Philmont Scout Ranch for an ambitious shoot featuring Nico Vink. The final film From the Ash was directed by Gibb and produced by Teton Gravity Research. The shoot was almost ruined by an unseasonable snowstorm, but Gibb and the team persevered, ultimately producing one of the coolest bike segments we've ever seen. With stunning visuals and a perfect soundtrack from Blitz//Berlin, From The Ash is a worthy follow-up to Life Cycles. 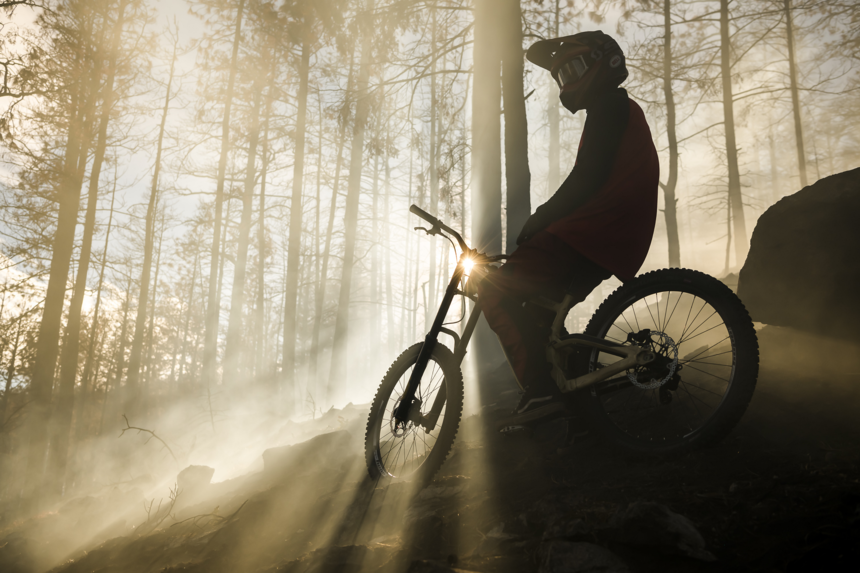 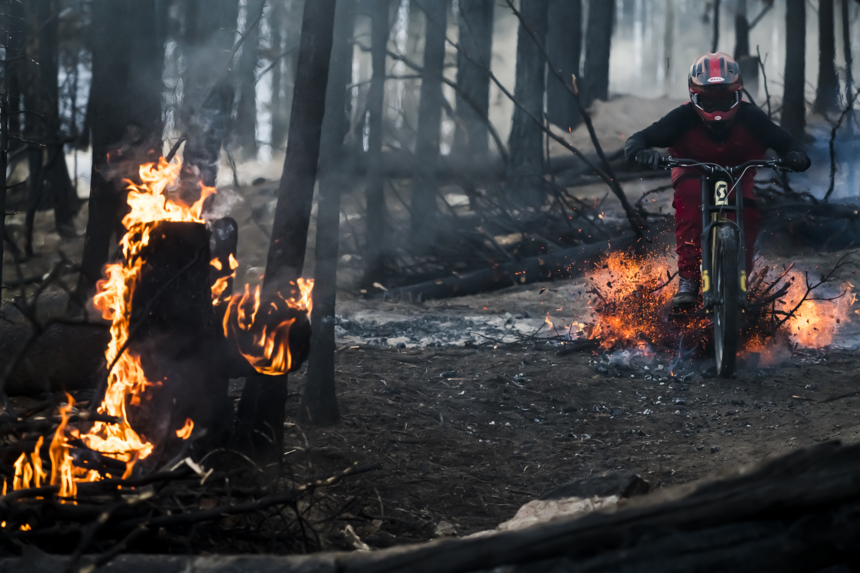 Riding 20 miles in one hour on your bike is already quite impressive, so now try doing it only on your back wheel. That’s exactly what Swiss ride Manuel Scheidegger did, wheeling 31 kilometers in under an hour, setting a new world record along the way. Scheidegger also held the record previously.  Scheidegger completed the record on a 400-meter running track, riding 77 laps on his rear wheel. In order for the record to count, he would have to start over if his front wheel touched the ground.

Fact: Rock rolls are gnarly. They’re even gnarlier when you’re talking about the ones hidden away in the woods of coastal British Columbia, where Remy Metailler’s is one a god-given quest to find the craziest possible thing to ride. We love watching the wild Frenchie tackle insanely steep and consequential lines on his mountain bike, but his latest video truly pushed the limit of his riding. Metailler is a very calculated rider, making crazy sh** look easy because he truly knows what he’s

4k? Red Bull? Emil Johansson? Sounds like a match made in heaven. And that’s exactly what you get here. I know there’s a lot of content floating around out there that checks similar boxes, but this is one of those where looking closely will reward you. Emil Johansson truly is a master of combining flowy style with some of the most technical tricks in the book – it’s no wonder he’s won Joyride and competed in Rampage, and is only on the way up. RELATED: Fabio Wibmer Shows Off the True Side of