We’ve all heard of it. Many of us have experienced it firsthand. An adventure that quickly spirals out of control. A miscalculated glance of the eyes that somehow steers your handlebars astray. A snow snake that tumbles you into disarray. For Julia Hobson, the unimaginable quickly changed the course of her life in 2011 when she and her husband were climbing in Moab and his foot slipped before clipping the piece he had just placed above his head. He fell. Julia caught him on the rope quickly and had that same thought that some of us have had: Oh, that could have been worse.

RELATED: How Biker Rides With a Paralyzed Arm

Except this time, it wasn’t a lesson to be learned. It wasn’t a narrowly avoided tragedy. In fact, it wasn’t avoided at all. Julia’s husband Gareth sadly passed away two weeks later and Julia was left with the unimaginable task of moving forward. 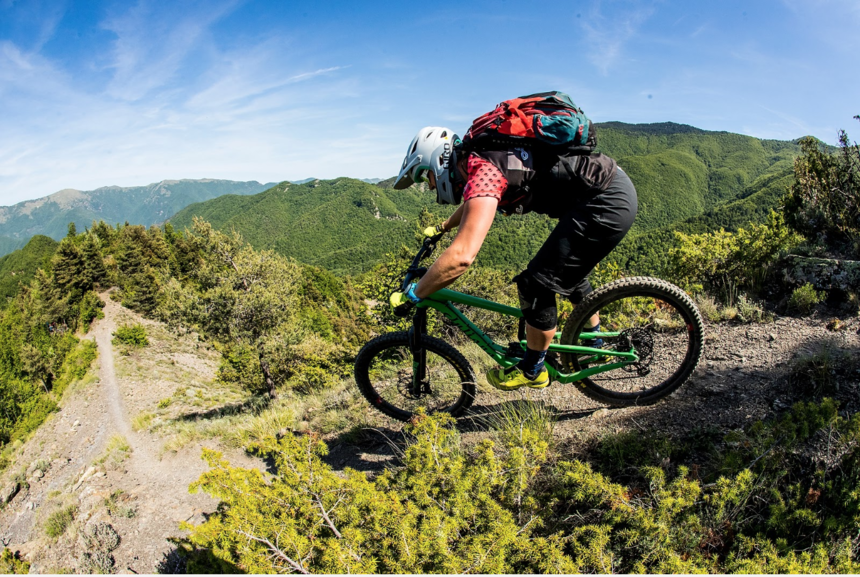 Julia now spends most of her time exploring the beautiful mountains of France. Juliana Bicycles photo.

“Amid the turmoil and devastation, you have a choice...let the sadness and grief dominate your life, or turn a tragedy into the motivation and inspiration for a new life, and make something positive out of an awful situation,” Julia explained.

Mountain biking became her solace. It became the thing that consumed her time and her reeling mind as she began the process of healing after Gareth’s death. Slowly, ever so slowly, she did heal, and she now uses mountain biking as a way to rediscover the joy of going to new places, exploring, and sharing her passion for adventure with others.

She now has her own company called Endless Trails MTB that guides people around the incredible trails of Europe as well as a women’s bike brand called Juliana Bicycles that she uses to help grow the women’s mountain biking culture in the UK.

This is a glimpse into her new life guiding in the picturesque mountain town of La Grave, France. This is her story. Of pain, growth, healing, and feeling most alive while adventuring outside. 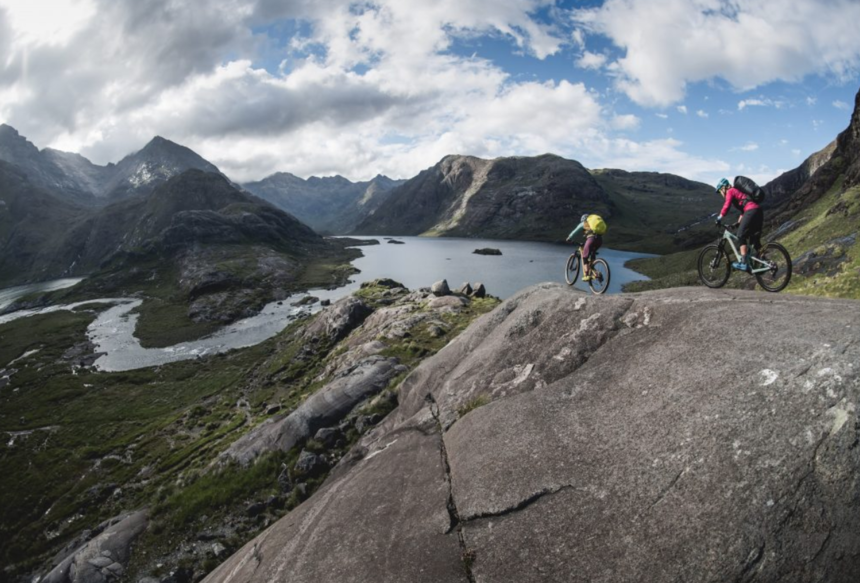 She's come a long way since she first used a student loan to purchase her first bike. Juliana Bicycles photo.

We’re all about making gains in the gym to get strong for playing in the mountains, but Danny Macaskill has a completely different vision when it comes to training. Never one to be too far from his bike, he puts on a clinic in creativity in his latest video masterpiece putting his trials bike (and some unsuspecting gym equipment) to the test. RELATED: Adolf Silva Shares Crash That Kept Him Out of Rampage We’ve definitely never seen anyone nose wheelie an assault bike, 360 the parallel bars,

Slow-mo shots are commonplace in action sports videos, and for good reason: It's easy to miss the little things when watching high-speed sports. In the world of skiing, this is often seen in park edits where spins and flips happen too quickly for us to catch the intricate grabs and/or rotations going down. When slowed down, however, it's easy to see the little things that set the pros apart. RELATED: Commencal's Latest MTB Edit is a Must-Watch The same holds true in mountain biking. Watching

Nicknamed the Flying Frenchy, Rémy Métailler is a big name in the freeride mountain biking world, usually tearing up his home base of Whistler or riding in some of Red Bull’s freeride competitions like urban racing in Valparaiso or the infamous Rampage. RELATED: Watch the Crash That Kept Adolf Silva Out of Rampage In a separate behind-the scenes clip published before this final cut, he mentions that the extraterrestrial winds and lunar landscape of Utah gave him even more pause than the