Bird Horniness Swamp Eye cave. A great name, at least. But is the cave great?

We were led to this cave once again by the excellent article in Retkipaikka, and again by Antti Huttunen, as is the case often.

We would normally have been able to leave the car quite near the cave, on the forestry road. But it had snowed, and my old Volvo didn't seem to like to push through. I backed, and parked the car in an intersection that was still clear of snow. We walked... and once off the road, the going got tougher in the deep snow and the up-and-down terrain.

Approaching the cave from above, we found it exactly as described in the article. Drop down through the snowy hole, two partially connected rooms and a couple of interesting squeezes leading forward. Those tight spaces were fun to try, but they didn't lead anywhere, at least not for a human-sized crawler. A nice, but small cave.

We climbed back and were ready to return to the car. But decided to take the lower, swamp route back. Then two things happened. One, Janne slipped and hurt his hand a bit (it was OK the next day). Two, I found two interesting holes on our path. Ominous dog (?) steps lead to one of them, so I was kind of worried a bit of finding animals somewhere, but wanted to peek in anyway.

What I found was another, much bigger part of the cave. A big space under a slab, with ice flows across the rock. To us, this seemed like the main cave more than the smaller one that was shown the pictures from the article. Did Antti visit just the first one or both caves?

This cave is definitely worth visiting. And if you do, stop in both parts! 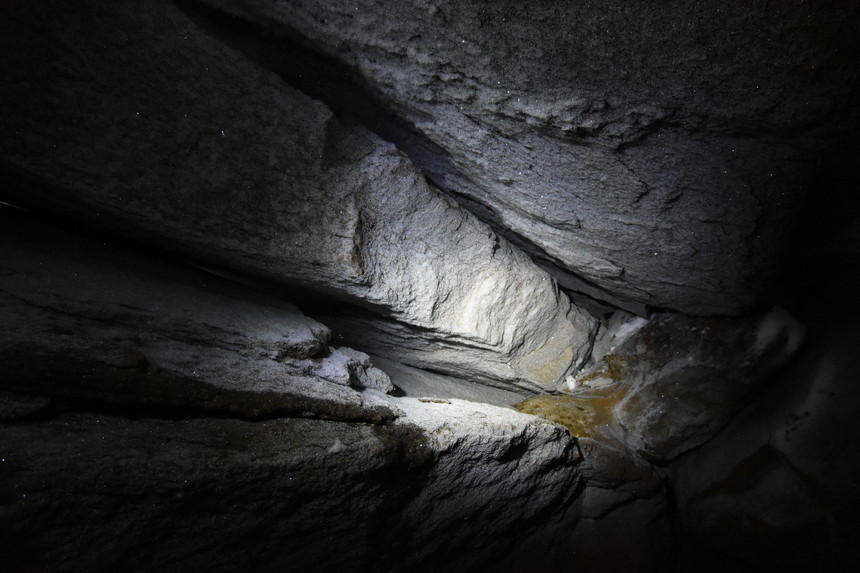 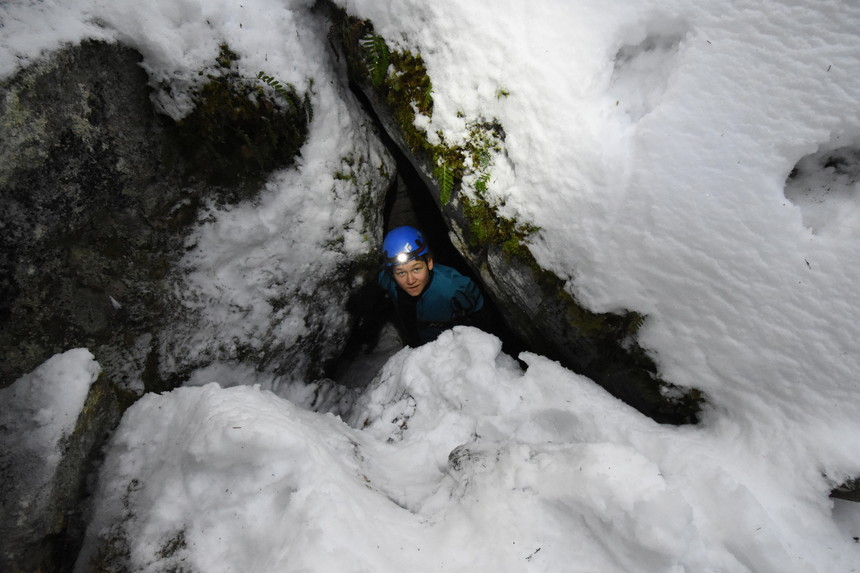 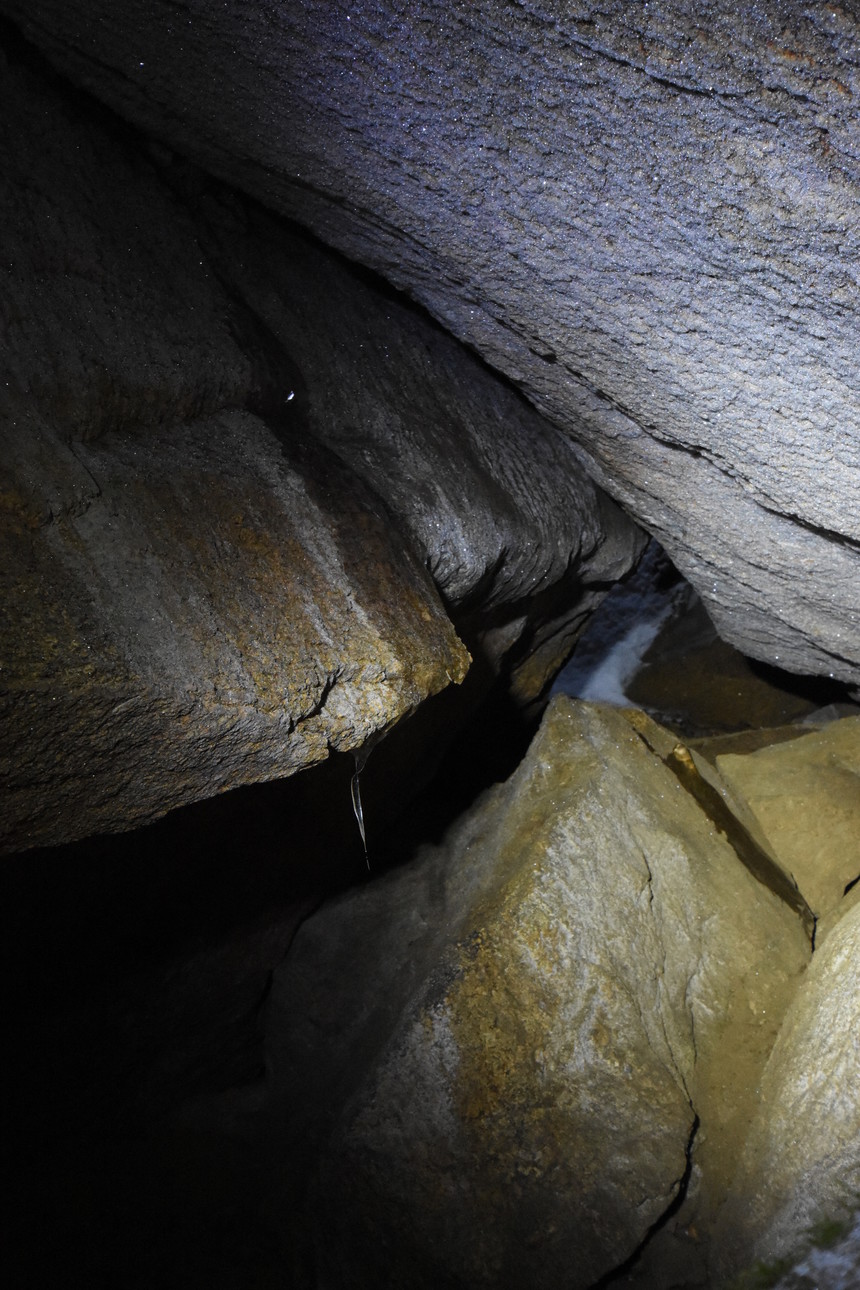 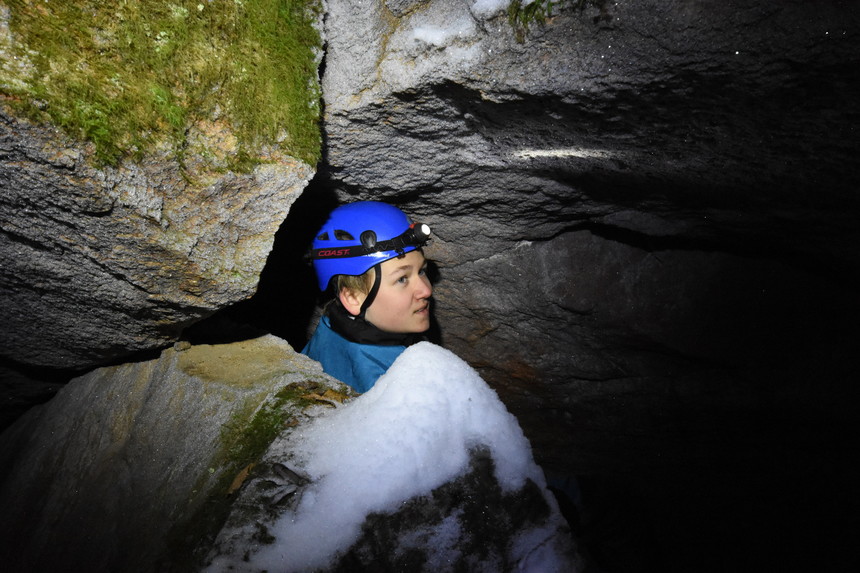 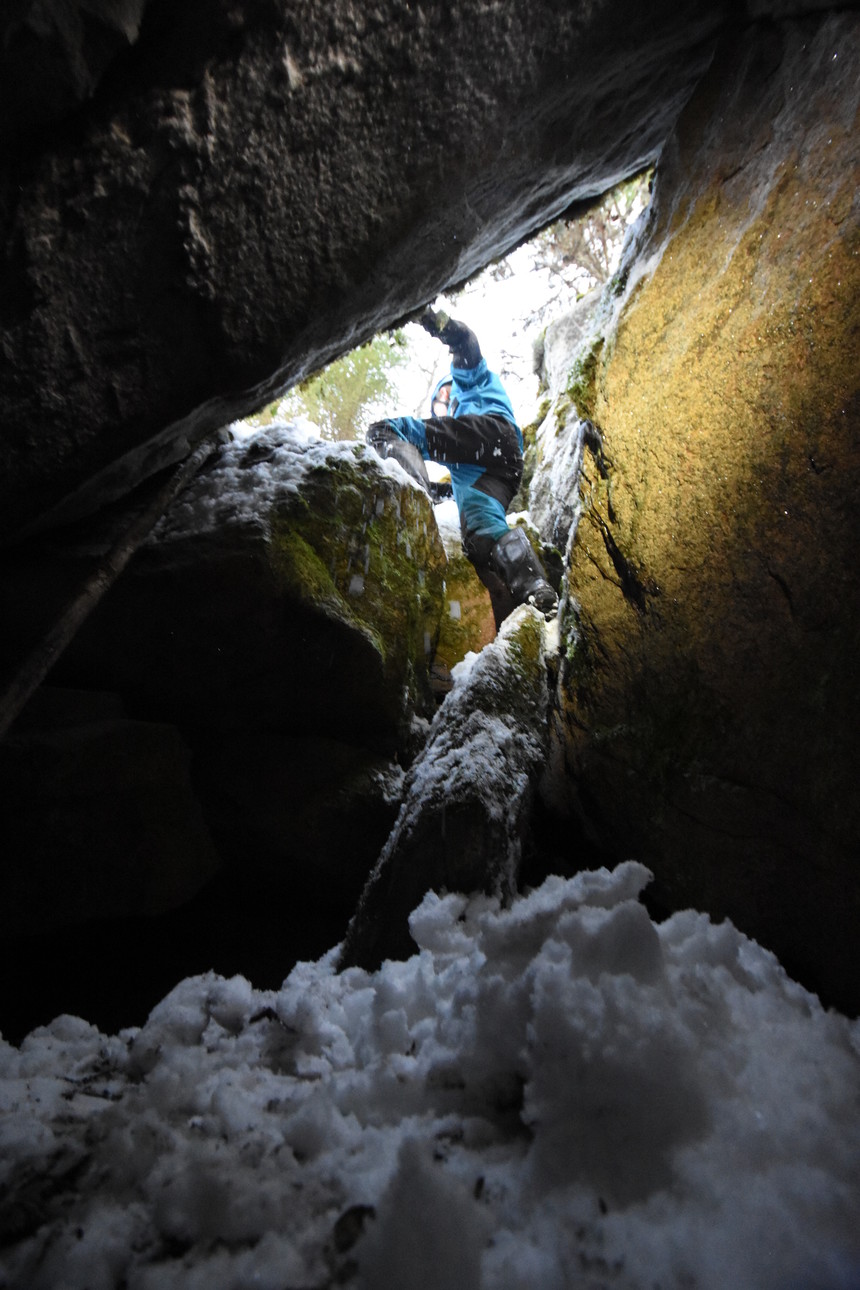 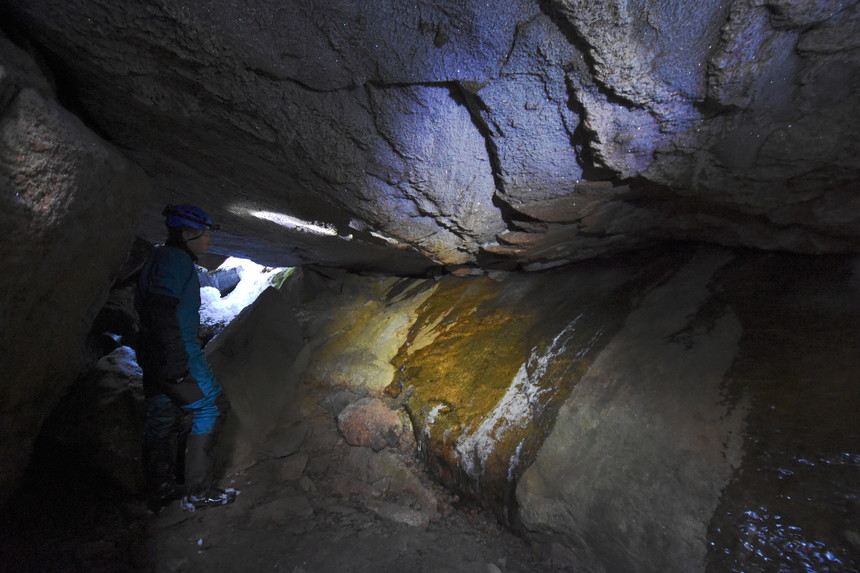 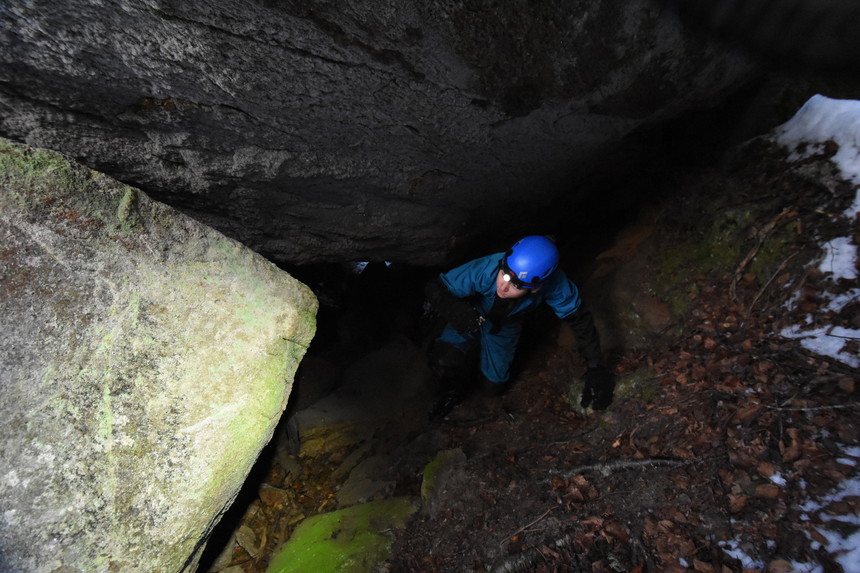 Evening sunset in Karkkila, on the way back home: 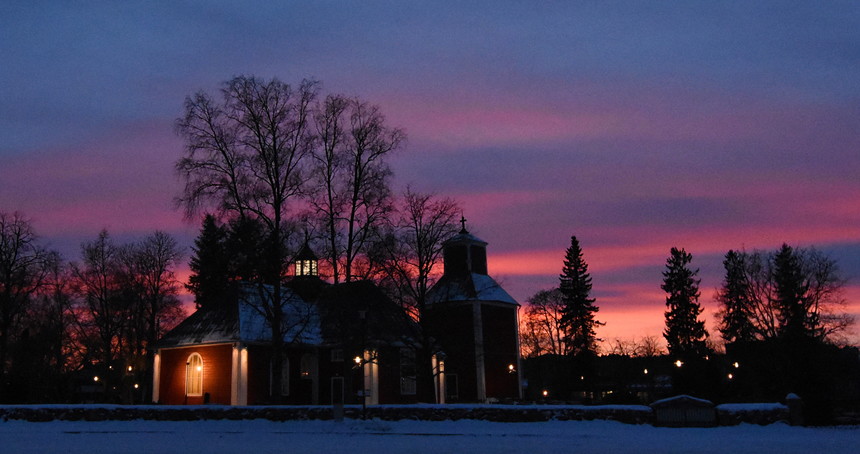