HARD TO RIDE, HARDER TO PRODUCE: THE LONGEST ACTION SPORTS HIGHLIGHT EVER?

One Shot, released today, has no editing, and there are no breaks; it’s just Brandon Semenuk, the best mountain biker in the world for this style of riding, bombing a track down the side of a mountain for two continuous minutes. He only rode the full track once, he nailed every jump and trick, and he did it with an injured left wrist.

You won’t find another clip like it. Reel-worthy action rarely lasts several minutes, and, even if it does, a single camera is often an inadequate point of view for that long. Not to mention that the logistical coordination required to set up two minutes of sweet reel is prohibitively expensive and time consuming.

But if anyone could pull it off, co-production partners Teton Gravity Research and Anthill Films were likely candidates. TGR™ has been producing and distributing action sports media since 1996 and consulted for both the first X Games and the first NBC Gravity Games, in 1999. Anthill Films, which has won a slew of awards over the years, has long set a high bar in action sports film production. 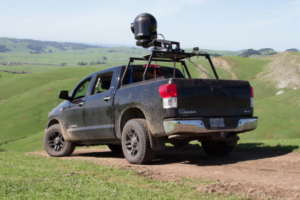