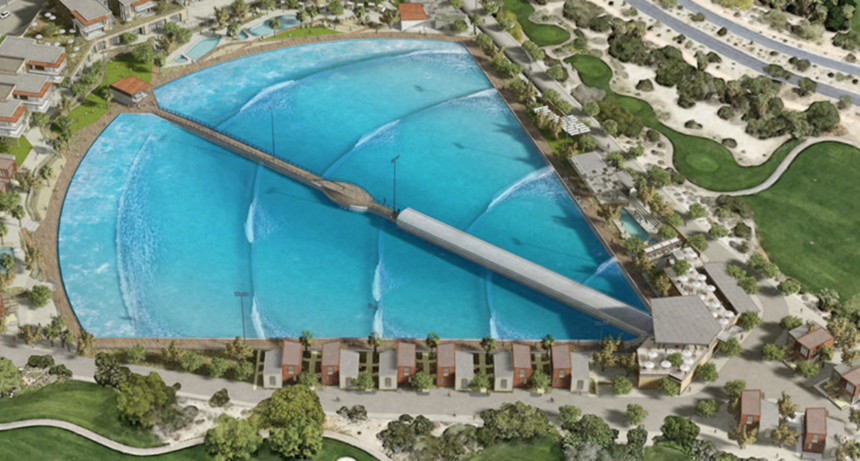 A rendering of the planned development. BAR Architects graphic.

The stoke is high as a new wave pool is expected to be built in Palm Desert, California by 2021. The resort, accessible to the general public, will be developed alongside two hotels with retail and restaurant space

The project is the brainchild of two friends, John Luff and Doug Sheres, who are partnering with Desert Wave Ventures to build a five-acre wave pool featuring Wavegarden’s Cove technology, intended to recreate an authentic surfing experience in the middle of the desert. Wavegarden’s game-changing technology is rapidly spreading through the development of surf lagoons around the world. Wave pools are being built in places such as Australia, England, and Japan, offering a surfing experience that is fun, safe, and accessible for all ages and abilities.

Luff and Sheres’ business model is unique, because unlike other wave pools in the country they plan to utilize the additional income from the resort’s two hotels, restaurants and retail to facilitate the pool. It is remarkably costly to build and run a wave generating pool, so the developers are hoping that integrating a hotel experience will generate enough revenue to maintain the wave pool and bring tourists to the Palm Desert area.

Please contact me I have land in Barstow.
This would a great place to have here