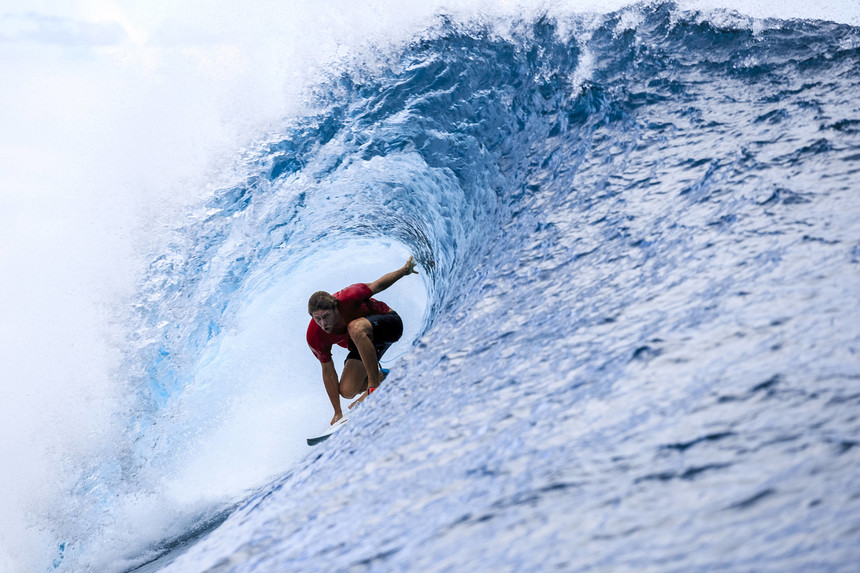 Even though Tahiti is about 10,000 miles away from mainland France, it's being seriously considered to host the surfing venue. Red Bull Content Pool.

With surfing making its debut in the Olympics line up, the pressure is on the upcoming hosting cities to find an adequate venue. Considering that Paris is landlocked, everyone is curious where they’ll host the event. Last June, rumors started circulating that Teahupo’o was in the running as a contender since it’s technically a French Polynesian territory. 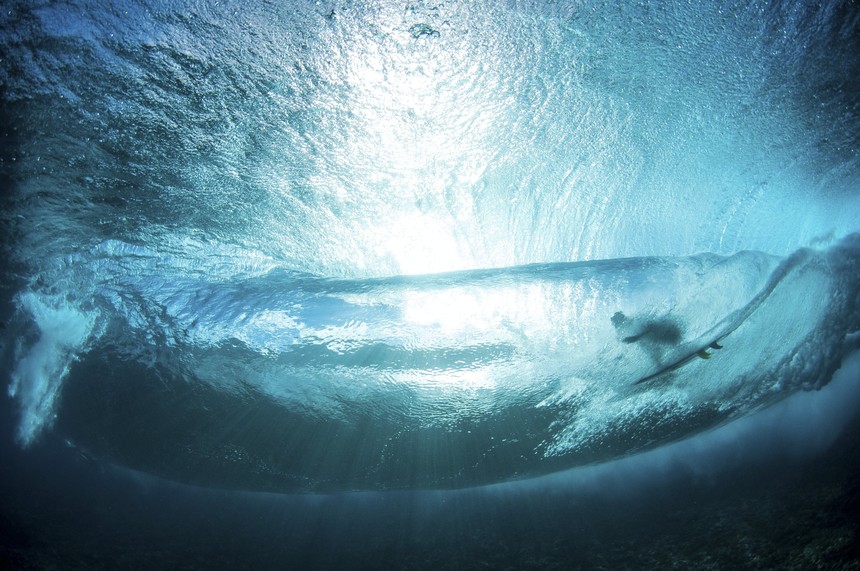 Teahupo’o is famous for its beautiful but deadly waves. Red Bull Content Pool.

Turns out those rumors aren’t dead, and instead the Tahitian venue is being seriously considered by French officials. Their reasoning is that if the venue is already going to be away from the city at an Atlantic beach like Hossegor-Seignosse-Capbreton or Biarritz, why not move it to an actual world-class break like Teahupo’o? According to reports from The Guardian, French Olympic organizers are not only toying with the idea, but the location is a popular favorite.

If Tahiti were to be selected, it’d be a roughly 23-hour flight from the main venue. However, the lengthy travel seems worth the trek for some of the most pristine waves in the world. Plus, it would be the first women’s championship event to be hosted on the island in 15 years, making it a landmark moment in surfing.

Not everyone is elated about the idea, particularly the International Olympic Committee. Thomas Bach, president of the IOC, stated in July that “The choice is in the hands of the [French] organizing committee,” he said. “But I said in June, and I haven’t changed my mind, that my personal opinion is that if you have two or more candidate sites, of the same sporting level, I definitely prefer the option that is closest to the center of the Games, so that the athletes and spectators can profit from the atmosphere of the Olympics.” Despite their disdain about the idea, ultimately, the IOC can’t do much. The final decision is up to the French, so we’ll just have to wait and see where the venue goes.

It all began five years ago with a young Bangladeshi surfer named Nasima Akter. In 2013, US filmmaker Heather Kessinger filmed a documentary called about Nasima out-surfing her male peers at a time in her life when most Bangladeshi girls are expected to be married and have children. She was only 18 at the time. RELATED: Russel Bierke’s Newest Edit, Flow State The movement to encourage young girls to surf has since expanded to include a new movie released on November 29th called ,

Oahu might be the location of a new wake pool park and attraction center like this one. Wikipedia photo. Brian Keaulana, a legend of Hawaiian big wave lore, is looking into developing a 19-acre plot on the western side of Oahu for a new wave pool and surf park. The announcement comes after the Hawaiian Community Development Authority authorized exploration for the project, which would be called the Honokea Surf Village. RELATED: Watch Glacial Surfing in Alaska The development’s wave