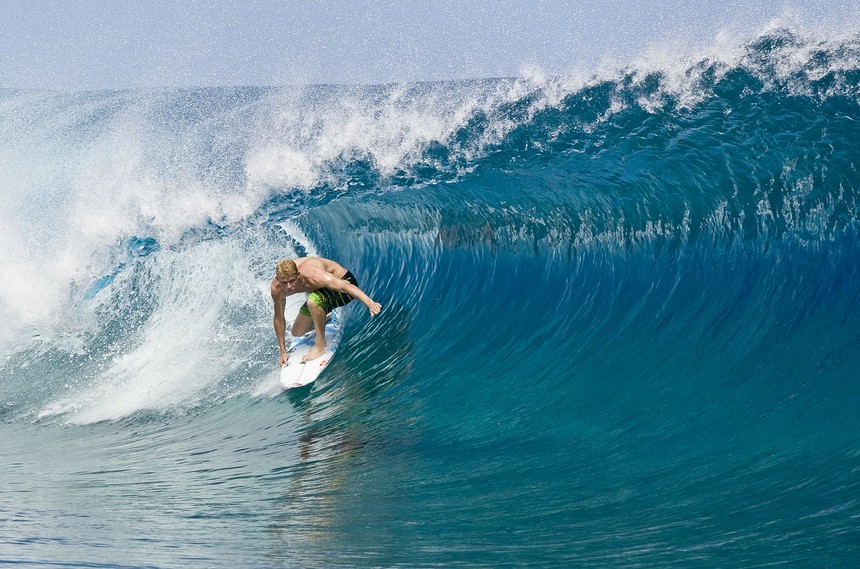 Teahupo’o has long been a  classic spot for the world's greatest surfers —could it be the next Olympic surfing venue? Red Bull Content Pool.

When Surfing was added to the summer Olympics for 2020 in Tokyo, it created an interesting conundrum: what if the hosting city doesn’t have good surf? Well, that question is currently being played out for the 2024 Paris games. The city, of course, is landlocked. So no surfing is happening near the Eiffel Tower unless artificial waves are involved. Paris 2024 President Tony Estanguet quickly squashed that idea in a recent interview. Fake waves for the Olympics? Sacrebleu! Instead, the French are going au naturale for the prestigious games, and Estanguet is determined to find a venue on the beach.

Exactly which beach remains uncertain, but French Polynesia’s President Edouard Fritch might have the solution Paris needs: bring the event to Tahiti. It’s only a meager 10,000 miles from the City of Lights, but Fritch could be on to something. If Paris holds the surfing event in Tahiti, then they can utilize the incredible break at Teahupo’o. It’s not only a world-class spot, but it already has the necessary infrastructure in place from being a World Surf League venue.

According to France 24, Tahiti is up in the running against three cities on the mainland: Biarritz, Lacanau, and La Torche. Who’s to say which zone they’ll ultimately go with, but according to a source close to the bidding process, Tahiti’s candidacy is being taken very seriously. Ultimately, whatever they choose will set an interesting standard for future cities to follow.