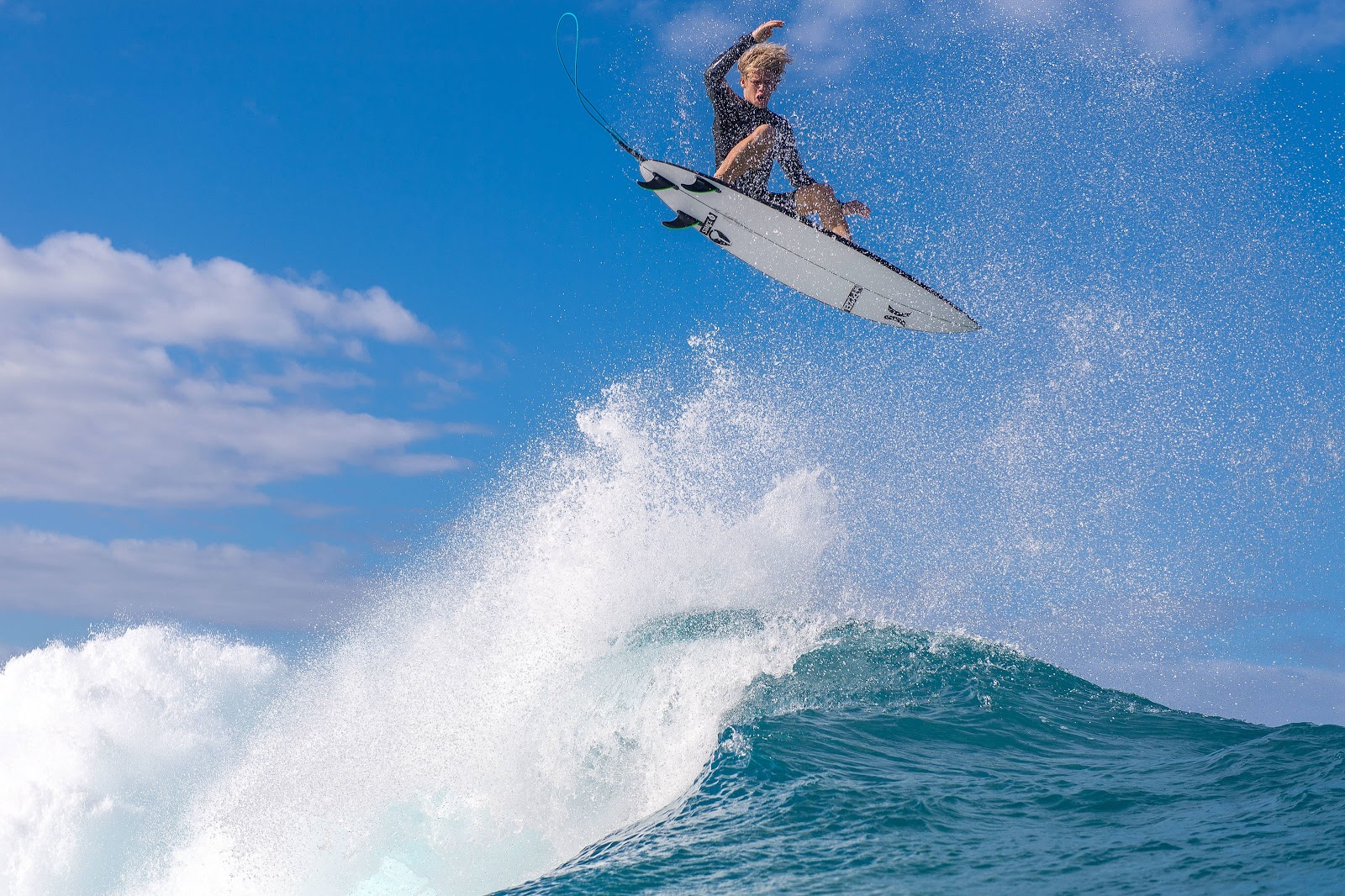 John John Florence cut ties with the brand after they dropped much of their veteran roster. Ryan Miller Red Bull Content Pool Photo.

In the last few months, there’s been a dramatic wave of change within surfing brand Hurley, and it just crescendoed with John John Florence’s startling departure from the brand. Last Monday, Florence walked from his eight-year $30 million contract, causing the most expensive deal in surfing to suddenly vanish into thin air. The exact reasoning for the change is unknown, but the move may be signaling a bigger shift of economics and sponsorship within the surf industry.

RELATED: The Rip Curl Women Take on the North Shore

The drama began last December after Hurley was sold by Nike to Bluestar Alliance, a brand management company that also oversees brands like Bebe, Brookstone, and more. Following the transition, the company ended its relationship with founder Bob Hurley and fired a number of its staff. Next, Hurley took a look at its athlete roster. Under Nike’s ownership, Hurley had one of the most expensive teams in the industry with many of the world’s best surfers. But on January 2nd that changed when a significant number of its athletes opened their inboxes to find emails announcing the end of their sponsorship. Notably, among those dropped were twenty-year veterans Michel Bourez and Rob Machado, as well as 2019 WSL Women’s World Tour Champion Carissa Moore.

Florence wasn’t forced out like the others, but it appears that he was offered $2 million cash to walk from the remaining $12 million left in his contract. Instead of sticking with a contract that was set to terminate in 2024, Florence opted out. Regardless of what prompted his leave, the surf industry will be watching closely what happens next. It will be close to impossible for him to suddenly secure a comparable sponsorship from a similar company. In fact, many insiders fear that pro surfers could see a 50%-70% drop in their salaries—at least from endemic sponsors. If Florence can lock down a non-endemic sponsor, like Adidas or Visa, then it opens up an exciting opportunity for other surfers to measure their worth beyond the water world.

When he's not in the water, Igarashi works with fashion brands like Dior.

One prime example of this is 22-year-old surfer Kanoa Igarashi, who already makes the most of his income from Japanese companies outside the surf world. Igarashi still prioritizes brands like Red Bull and Quiksilver that are considered “core”, but he is also supported by a number of brands that have no relation to the sport, like Dior and Visa.

For now, only time will tell what Florence and other surfers will do moving forward.

Portuguese Big Wave surfer Alex Botelho is in the hospital following a serious accident at the WSL's Nazare Tow Surfing Challenge held earlier today in Nazare, Portugal. He was being towed behind a jetski when it was crunched between two of Nazare's notoriously massive waves. He, along with the jetski and driver, was thrown high into the air before crashing back down into the choppy foam. It is unclear what, if any, injuries he may have sustained, but event organizers are taking the accident

Now that John John Florence is a free agent it seems like everyone wants a piece of him. While he certainly has no shortage of brands to pick and choose from, I’d say his most enticing offer yet came from the Kook of the Day team. The terms of the deal? Two walkthroughs at the team warehouse, six to eight t-shirts (depending on the day), and a guest pass to LA Fitness. Come on JJ, you can’t say no to Zumba! RELATED: Must Watch - Kai Lenny Hyrdofoils Nazare Sure, they may not have

The Mentawai Islands have become legendary in the surf community since their breaks were first discovered by surfers in the '80s and '90s. Located about 50 miles off the coast of West Sumatra, the Mentawais are a far-flung location by just about any standard. There is no airport on the island, so visitors must take a three-hour boat ride from Padang across the Mentawai Strait. While a three-hour speedboat ride isn't everyone's ideal travel experience, the end justifies the means. In this