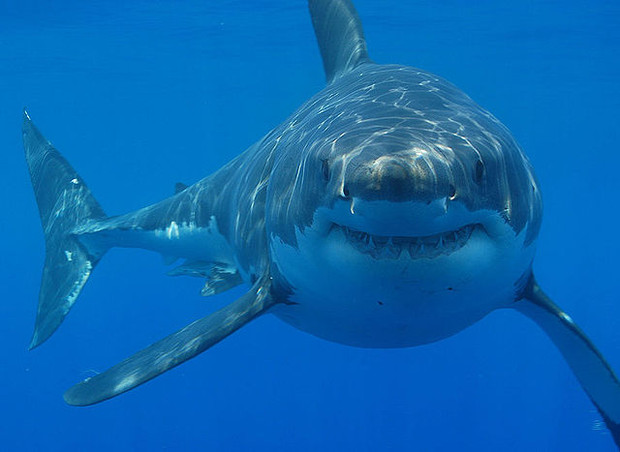 "Sharks in the water!" Wikipedia photo.

According to the San Francisco Gate, a Coast Guard helicopter pilot spotted about 20 Great White sharks measuring anywhere from 10-18 feet in length just 100 yards off San Francisco's Ocean Beach–the go-to beach break for Bay Area surfers. That means that while you're getting tossed in OB's frothing barrels, there may just be a few men in the grey suit hanging out just underneath you. 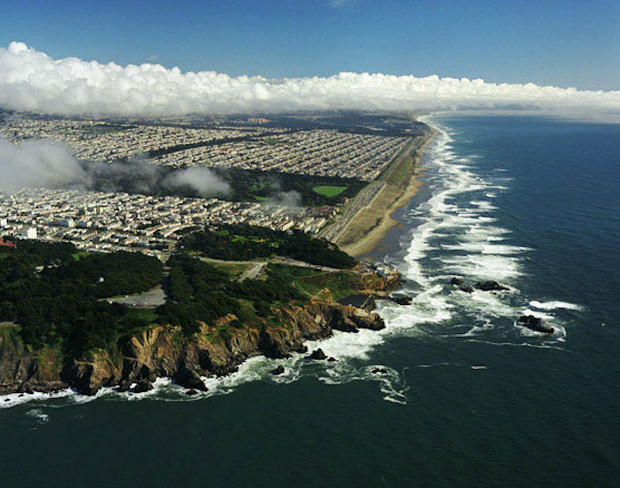 While the breaks around San Fran are within the "Red Triangle" and notoriously sharky on a good day, Whites are known to hang out in the area mostly around the Farallon Islands 30 miles offshore. But unseasonably warm temps close to shore brought on by El Niño are drawing even large adult Whites measuring as big as 18 feet to within a few hundred feet of shore.

David McGuire of the Shark Stewards, a non-profit that focuses on protecting sharks and their habitat, had salient advice for locals: "I won’t stop enjoying the ocean, but I might swim and surf somewhere else for a few days." With small waist to shoulder-high waves set to fade out and crumble as the afternoon goes on today, we think it's probably fair to call in a rain check.