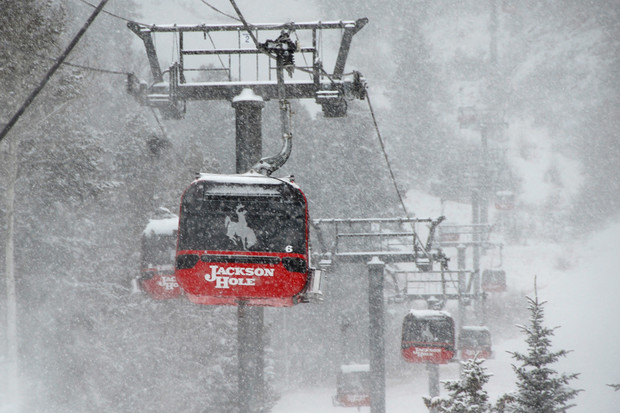 UPDATED 2:00PM MST, Tuesday, December 8th, Teton Village, Wyoming: The young woman who passed away snowboarding inbounds at Jackson Hole Mountain Resort has been identified as Callagy Fahey Ross. Ross had recently moved to Jackson from Boston for the winter.

At approximately 3:24 PM, JHMR ski patrol received a call concerning an accident on Moran Run, an intermediate blue square run off the Aprés Vous chairlift. On an afternoon with cloudy, snowy conditions and poor visibility, the victim was found in the trees on the north side of the trail, and ski patrol performed life support efforts and very quickly transferred the victim to St. Johns Hospital Clinic at the base of the resort by 3:45 PM. Unfortunately, she was pronounced dead at 3:56 PM.

According to Teton County Sheriff's Office Sgt. Todd Stanyon "she was snowboarding on the Moran run off of Apres Vous lift when she hit a tree." Coronor Chris Mooney states "trauma to the head and torso from the impact" is listed as the official cause of death. Our sincerest condolences go out to her friends and family. Tragic loss for sure and prayers to the family…
question,  was she wearing a helmet.?  just wondering
I could not find anything about the head trauma.  thanks.