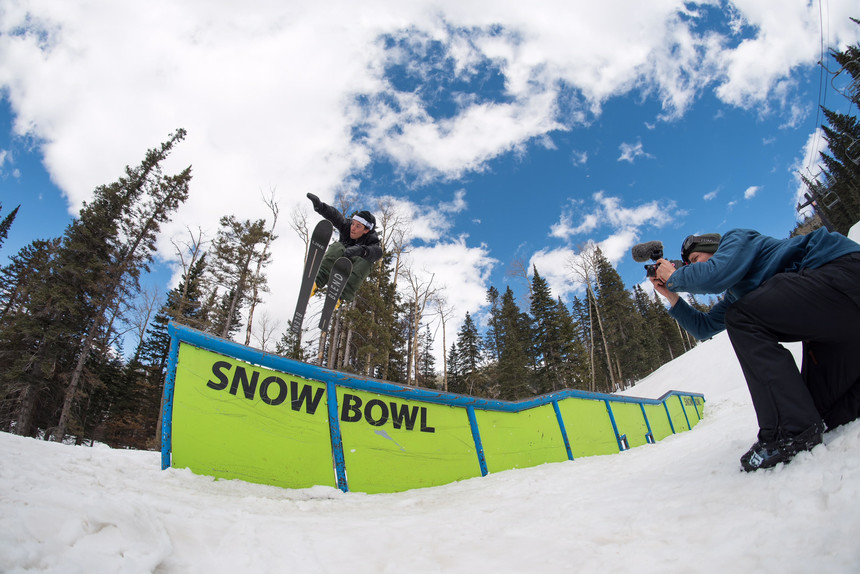 The unknowns, the underrated, the undiscovered: Everyone knows those people.

The local kid who skis better than you, your mom, your brother-in-law, your best friend from high school and most pros. They are the ones that make you wonder how the whole system works. How is it that someone that good isn’t gracing the cover of every magazine, getting the ending part of every ski movie, or at the very least just getting paid to ski?  Maybe it’s because there’s no singular path to “going pro," no guidebook or instructors. It often comes down to being–or rather skiing–at the right place, at the right time, in front of the right people.

Unless you live in Whistler or are a die hard Traveling Circus fan, you probably haven’t heard of Jarrad McCarl. I saw Jarrad ski for the first time at Line Skis annual photo shoot last spring in Snoqualmie. It’s pretty hard to stand out on the Line team as every rider is unique in personality and skiing style. But as the shoot progressed, you couldn’t help but stop everything you were doing to look at Jarrad as he skied. It was as if the basic laws of physics and gravity didn’t apply to him.

His skiing was as smooth as the butter you put on your toast this morning. He had a unique take on every trick, jump, rail, tree. When I asked him about what he wanted out of his skiing, I was surprised to hear his reservations about going pro. For being 22, he had an honest outlook on the potential pitfalls, both financial and physical, of making skiing your full-time job. Not too many kids get free gear and some free trips and think, "Is this a sound career path?" 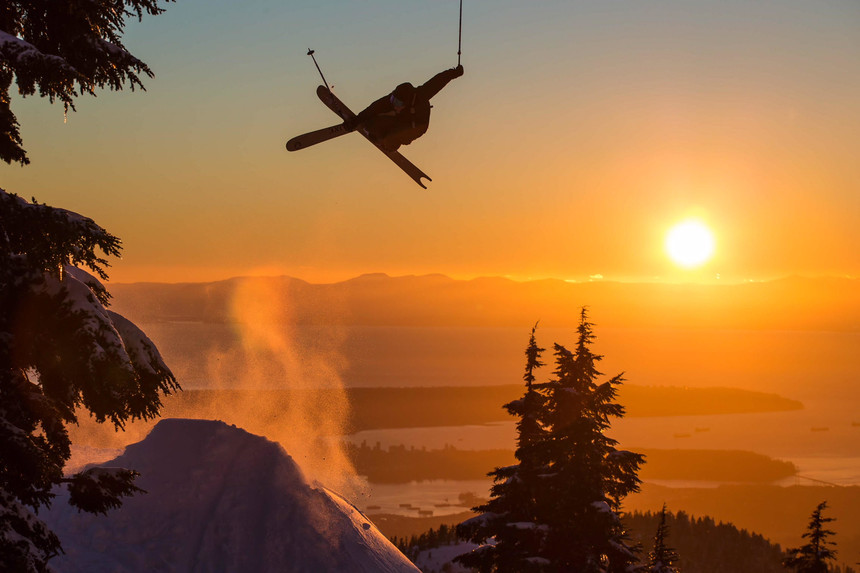 McCarl was able to wow everyone on a recent film trip with Line, including the author. So why is he hesitant to join the ranks of the full-time pros? Ilana Barkusky photo.

We caught up with him to talk about that thought process.

TGR: Let’s start with the basics: Who are you and how did you end up riding down ski hills on two planks?

JM: My name is Jarrad McCarl, I am 22 years old and I grew up in Collingwood, Ontario.

When I was four years old I started skiing at Blue Mountain, and at about 10 years old I switched to snowboarding for a few years until some of my skier friends in the terrain park made me wish I did as well. I also felt that skiing would put me in a more familiar position having grown up skating playing hockey.

Were you a part of a skiing program?

JM: When I got into freestyle skiing, I was never part of a team or freestyle program. I would ride with all my buddies either on the weekend or weeknights after school where we would feed off of each other's skiing, just eager to learn the next trick.

However, if I could have done it differently, I would not have jumped into park skiing before I had proper skiing instruction. I am a strong believer in the fundamentals of skiing that racing programs develop. Stefan and Erik Mortveit have designed the ideal program for kids now in Ontario called Stericks Sport Development. That really seems like an ideal path, in my opinion, to becoming a solid skier. 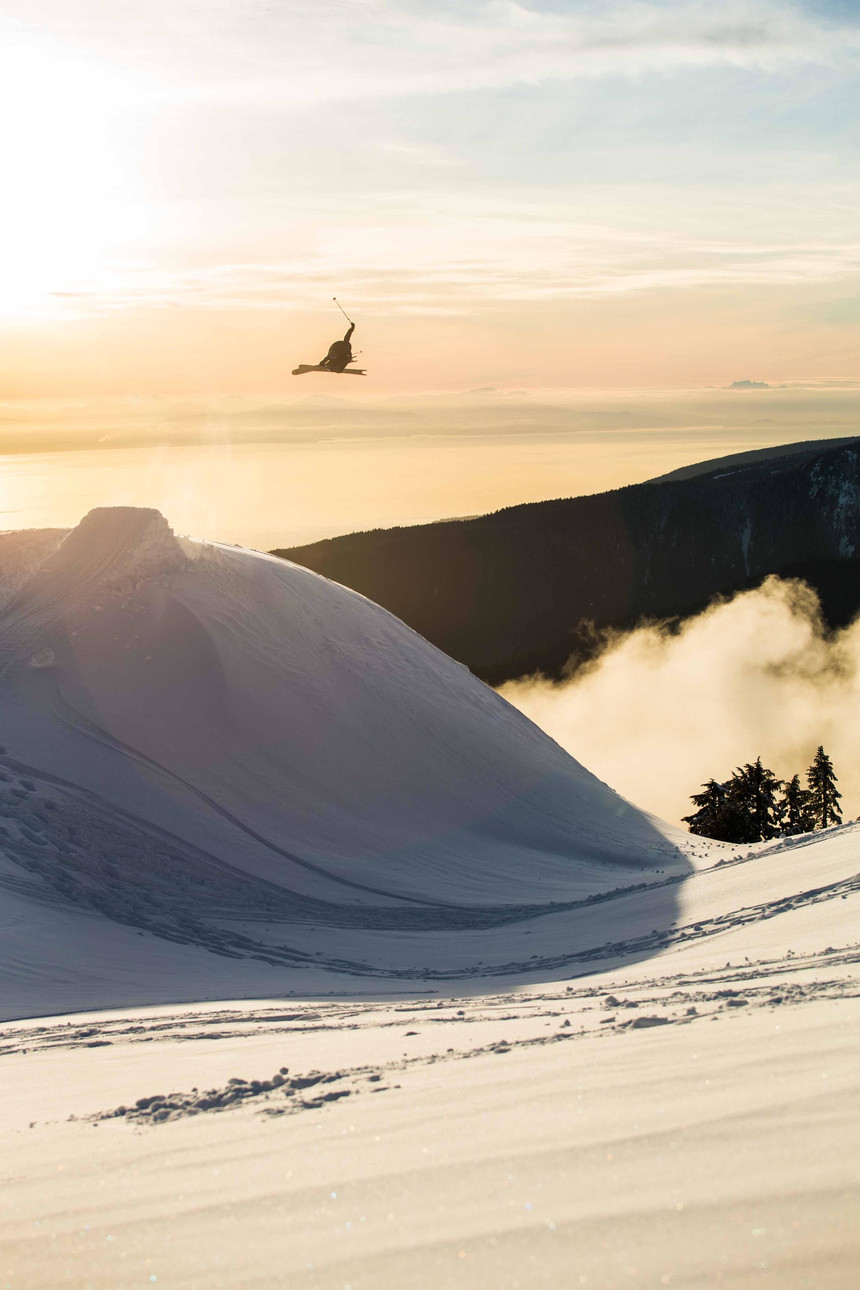 Their programs and events are based off the atmosphere of a skate session. Cycling through all ski hills in the area giving the kids a variety of terrain and experience. The coaches lead by example, and always ski with the kids to share the same vibe of the day, try new tricks and push each other. The same atmosphere that I find I have always skied best in.

How did you end up in Whistler?

JM: When I graduated high school I was not ready to go into a post secondary study, I had some friends that had recently moved to Whistler British Columbia for the winter so I went out to visit for two weeks to ski.

When my two weeks in Whistler was over I went back to Ontario and began saving my money to move back west.

Who influences your own skiing?

JML Some of my biggest influences and skiing were Blue Mountain locals lik Cole Drexler and Max Hill who developed their own unique styles in skiing as well as other professionals like Phil Casabon and Parker White.

What does becoming a professional skier look like to you?

JM: My ideal ski career would consist of traveling to new and unique places where I would create video content of my skiing along with others.

The Traveling Circus has a great program of going to resorts that aren’t common or places most people never thought you could ski, and then showing the potential these places have and how you can make the most out of something people overlook.

When we first met, you talked about your hesitations in becoming pro. Can you talk a bit about that?

One of my biggest hesitations in becoming a pro skier is whether or not it is sustainable. 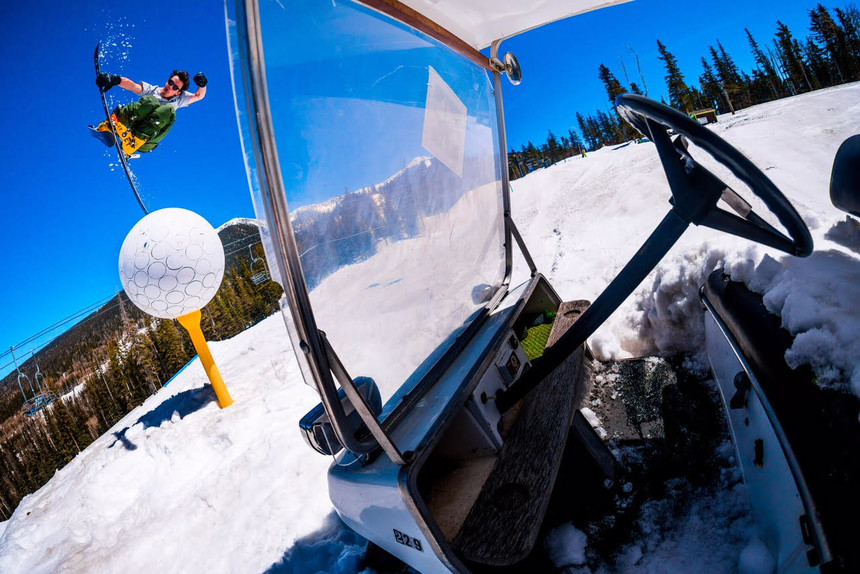 Turns out McCarl is one hell of a golfer as well. Jake Strassman photo.

Skiing can and will be hard on your body and there will come a time when I will be forced to slow down, but who really knows when that time will be? I currently work a Monday to Friday job in order to pay for the time off I take to go on ski trips or even take ski days.

Knowing whether or not skiing could become a profession where I drop my Monday to Friday job and fully dedicate myself to it is the main hesitation I have. Having an income from my contribution to the ski world would be the difference maker.

Can you describe your skiing style?

When I ski, I ski for myself. I look to find new ways to ride a feature that could be cool or just fun for me personally.

Whether it's using the side of a jump landing as a big berm and carving it to feel the G-force, or finding small skate park lines that flow through a park a bit more than its intended structure. 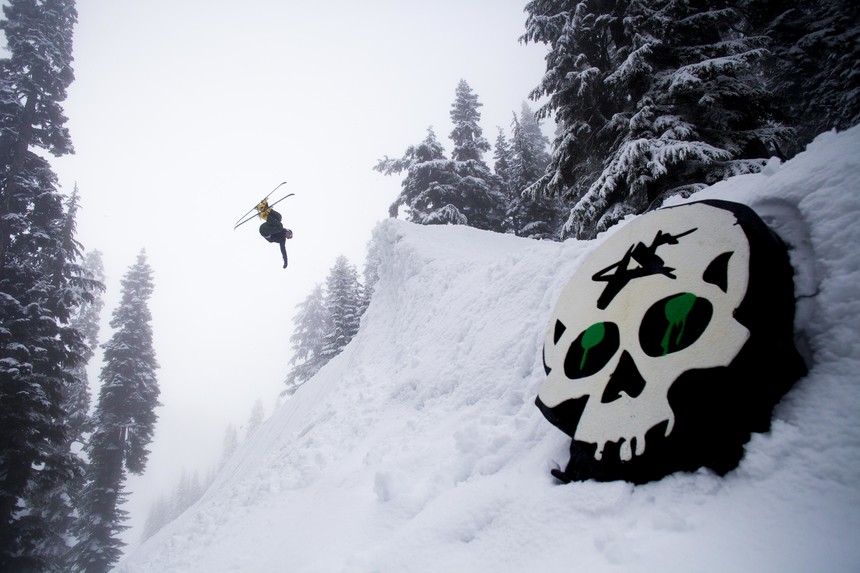 It doesn't matter if it's a kicker or a rail feature, McCarl slays it all. Mark Erickson photo.

What keeps skiing fresh for me is to take a trick and see if I can alter it in a way that makes it look smooth or unique. Even something as simple as a 180, can you take off differently? Can rotate it on a different axis? Can you land in a carve?

You filmed with Line’s Traveling Circus last year. What’s it like traveling with Will Wesson and Andy Parry?

Filming with The Travelling Circus is the best.

We always seem to have a sweet crew of guys, we go places I never thought I would go and we somehow seem to find great food everywhere as well!

Will and Andy are both awesome dudes that I have a lot of respect for. They both have really put a lot of trust in me by bringing me along on these trips knowing that I will contribute my best skiing for the video. And of course having grown up watching every video they made then getting to be a part of them is pretty cool.

View All
Sign in to comment
tags: will wesson |tgr news |line skis |behind the lens |andy parry