Editor's Note: This is the first in a four-part Q+A series where we profile some of the most colorful and talented crews from mountain towns across North America to get a behind-the-scenes look at how they operate, how their home mountains influenced their styles and what they are planning on for the future. For our first interview, we caught up with Wasted Youth from Revelstoke, British Columbia. 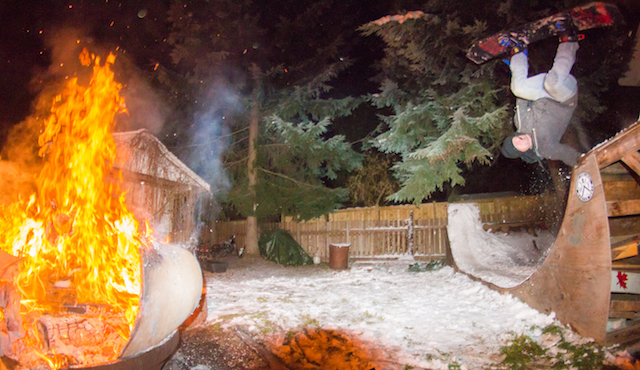 Dozer gets inverted during a rowdy bonfire. Wasted Youth photo.

You could write off the Wasted Youth’s demeanor as careless and their antics as righteously demoralizing–no matter what the case they would probably tell you to beat it hoser! For all of their dysfunctional tendencies, this crew of backcountry shredders rips in style while flipping a finger to the status quo. Based in Revelstoke, B.C. the group spans from childhood rippers to those patched in at the annual jaunt to the remote backcountry outside Revy for the shred fest known as Pound Town.

This raucous crew sends it and after gaining some notoriety and a fan base after a few home edits, they’ve gone on to capture more attention on what they refer to as ‘mediocre’ films such as Wasted Youth The Movie and most recently, The Sequel. The films showcase the posse charging steep lines, throwing big air spins, and operating at a level of insanity that is hard to match. They’ve even managed to make it out of Canada recently heading out to Japan. We decided to get on the horn with them to get the down low on the crew.

TGR: How did this crew come together and how long have you all been snowboarding together?

Sean Barrett: The crew naturally came together. Some of us grew up riding together in Revelstoke since childhood and the rest just gravitated toward each other. We are all a bit crazy in our own ways, nobody takes anything too seriously and it’s always lots of laughs, beers and occasionally snowboarding. 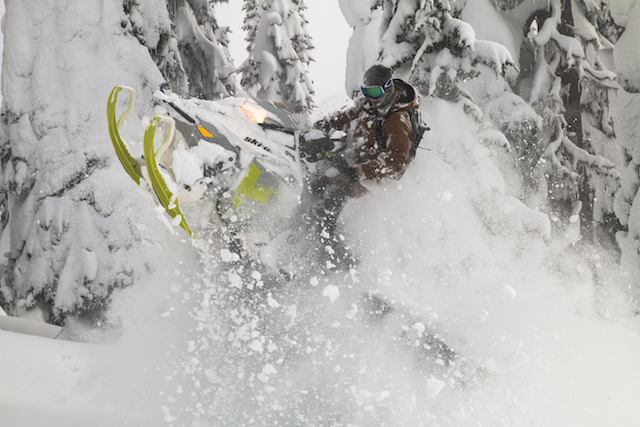 The crew has (accurately) been described in the past as slednecks. Wasted Youth photo.

Seb Grondin: Sean, TR and Big Rig would be responsible for the start of it all, but we're all just homies that get along and really like to board.

Chris Boyd: We all snowboard/sled together–a lot of the guys are childhood friends, and some of us came in throughout the years of Powtown (annual backcountry shred trip).

Nick Khatter: We’ve been riding together for a long time. We came together over our mutual hatred of skiing. Have yet to ski together but we’re working on it … maybe this year.

How would you describe the posse?

SB: The posse is a bit rough around the edges, but anyone who knows us will agree we are the biggest sweethearts out there.

CB: Dysfunctional backcountry cowboys with a hunger for pow! 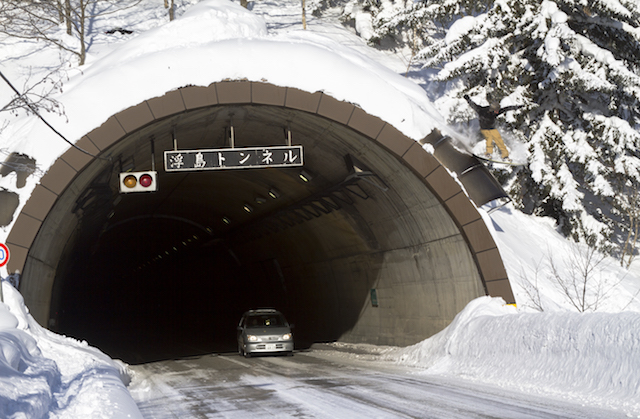 The Molson isn't as fresh in Japan, but the snow isn't so bad. Wasted Youth photo.

NK: Outlaws with distaste for mainstream snowboarding and authority.

Is there a specific process if one wants to become a part of the crew?

SB: If you are a random and want to join it will cost you around 100, 000 Yen. Absolutely zero rules. Rules create limits and life is too short to have limits. “Eat a fucking corn dog,” as Jason Jessee would say.

SG: Ask the others about shotgun cannonball..

CB: Shotgun cannonballs to be patched in.....Kooks ONLY!!!

NK: Pack of Exports Green’s (Canadian cigarettes), bottle of Jack and meet at the Ranch at high noon.

CC: First of all, we have to like you and to get patched into the crew you have to do a shotgun canonball! 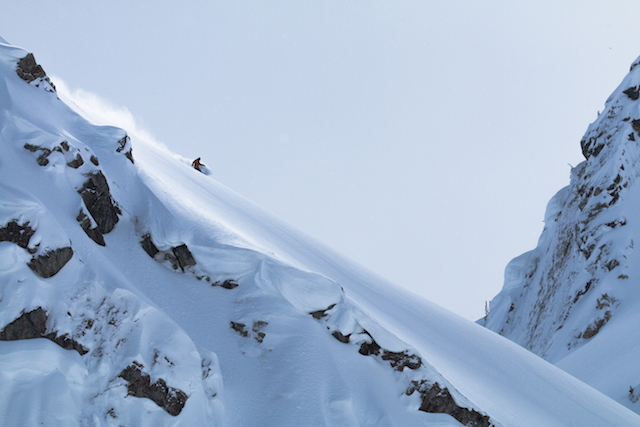 In between all the partying, Wasted Youth actually finds time every now and then to ride. Wasted Youth photo.

SB: Everything is a highlight...except for the occasional hangover.

CC: No low points, all highlights! If there is a problem within the crew we just sort it out with a royal rumble!

What about your home mountain and its role?

SG: Revelstoke is a sick stomping ground with tons of awesome big terrain to get you pumped up! If you don’t feel like going huge there are fun hits all over the place. Just lap'em with the boys!

CC: RMR plays no role for us … the best thing about Revy is all the easy access to the surrounding mountains.

SB: Revelstoke is my home mountain and having grown up there has created a great connection. However, the staff at the resort (RMR) seem to hate us all for some reason…how could anybody possible hate us?

CB: RMR is a playground that has so much potential…unfortunately they are owned by corporate greed and all they care about is money and catering to the small percent that come out here in business suits and private planes. 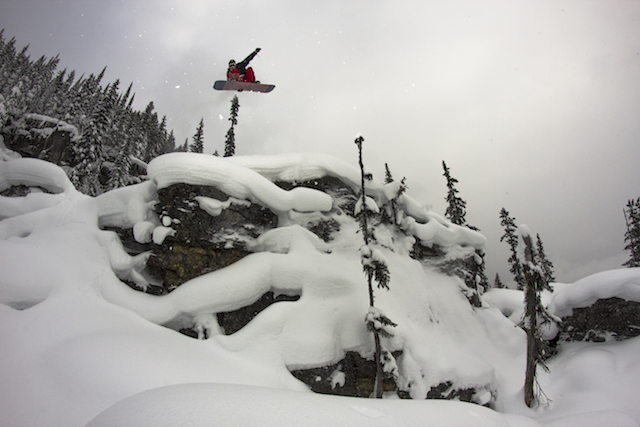 While they have been cordially asked to leave RMR on more than one occasion, the crew still finds time to hit the resort from time to time. Wasted Youth photo.

NK: Well it’s always nice when you can walk home from the drunk tank … most of us actually aren’t allowed back to our “home” mountain. So there’s that.

How often do you all ride together and when you go out do you typically have specific missions or goals in mind?

SB: It’s such a large crew. We are always riding together but typically the whole of the crew isn’t there. Some guys want to hit kickers, some guys want to ride lines: So we generally have a loose plan that is always susceptible to change.

NK: The goal is always to come back alive and preferably alone without the rest of the idiots!

How has social media and filming played a role with this crew?

SB: Social media has been quite helpful in getting our name out there as well as giving us loyal fans. There is some interesting content to chew on in there. Some people seem to dig what we’re doing so that’s nice to have some positive reinforcement, but even if everyone hated what we were doing we wouldn’t change anything.

CB: We do this for fun and that’s all its about. Filming is just a way to show our mediocre accomplishments and social media is a joke, but it’s all for fun right!! 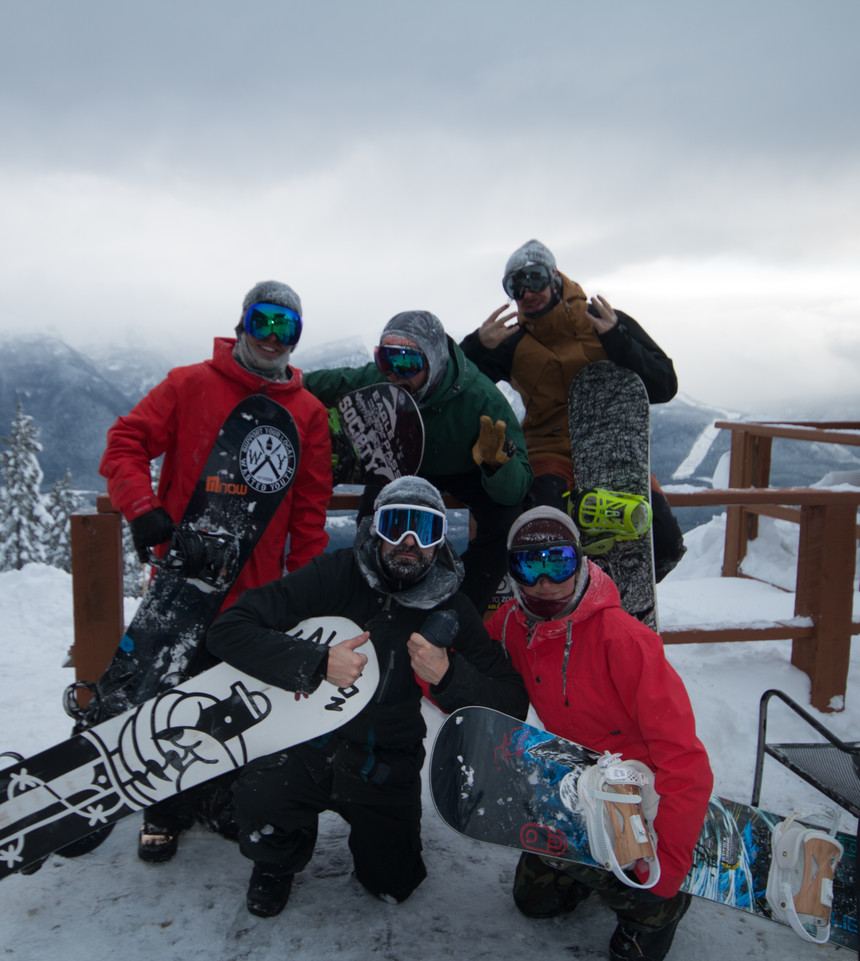 As talented as they are unapologetic, the Wasted Youth crew is always looking to get rowdy.

SG: Both, its all a good time with the homies.

SB: Every season is equally memorable.

Does the crew travel?

SB: The last two seasons a handful of us have been to Japan. I plan on returning there every season for the rest of my life.

SG: Japan, Alaska, Poundtown, and all around the Kootenays.

CB: Japan, Nicaragua, and so many other places...coming to destroy a town near you!

CC: Powder Highway all the way to Japan. 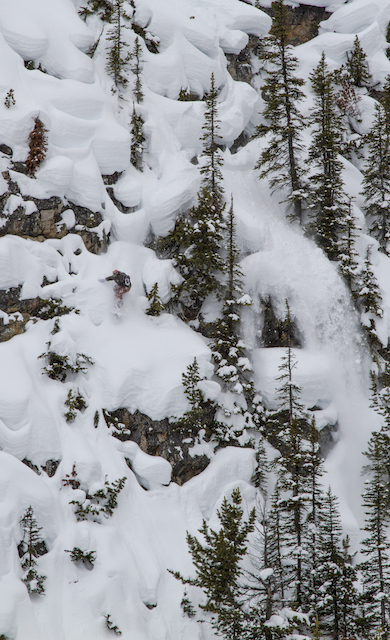 SB: It would sure be nice to make it to Alaska...

NK: Well Dozer has been really focused on getting his Grade 11 this year so I know that’s what he’ll be doing. Sinner still has probably 1,000-2,000 hours of community service he’s got to get done so I imagine he’ll be busy with that. Big Rig’s trying to save up for a new truck and probably a fur coat for Ellie so he’s probably going to be out front of Coopers selling Mackerel during the week. TR finally landed that job running karaoke night down at the Legion so he’s pretty much set for life. Big Sexy Keith is still under contract to do a few more issues of the Revelstoke Tree Planters calendar. So you know, he’ll be busy at the gym and tanning salon. As for me, I’ve been reading a lot of Eastern philosophy lately and trying to focus on meditating a lot. Definitely go legit and try to start up a business or two when I get out of here. One thing is for sure though, I can honestly say I’ll definitely never go back to jail.

Anything on the docket for the crew in the next few seasons?

CB: We age like a fine wine, so it’s just going to get bigger and better

NK: Just really focusing on getting this WASTED YOUTH Karaoke thing going and trying to get back to basics of love.