They came, they surfed, and they conquered (the snow). 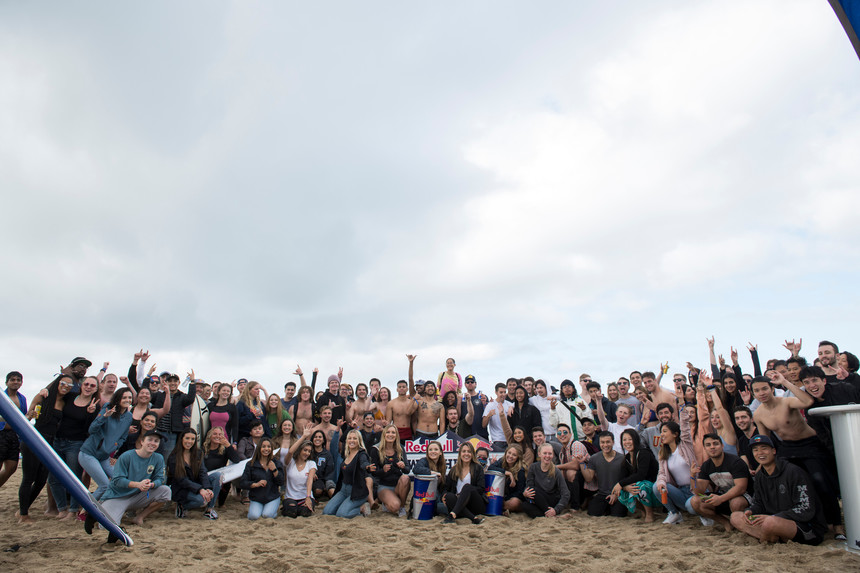 College students from a variety of backgrounds met early beachside this past Saturday to zip into wetsuits and catch the surf.  For many, it was their first time being introduced to boardsports.  Others came to chase their passion riding oceans and mountains.  Students took home more than a new love for riding waves and snow, as they made friendships and memories to last a lifetime.

I showed up at Ocean Beach 15 minutes until 8:00 AM.  I expected that many of the participants were going to be near-expert on the surf, and what I learned was much deeper than that.  I spoke with two students, one a theater major and the other studying in communication.  They had heard about the event from a mutual friend and decided on a whim to sign up together.  They were eager to meet new people and catch waves on a new beach, opposite of where they normally surfed. 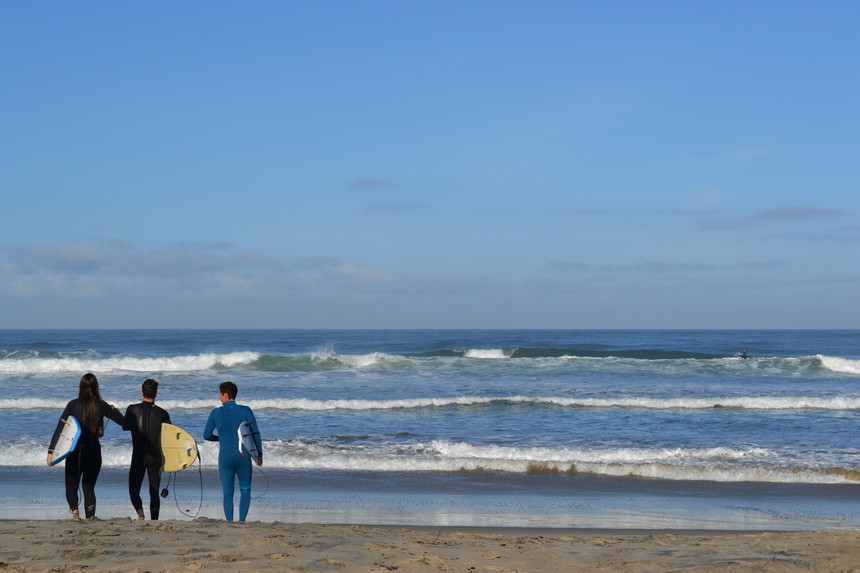 Another group of three young ladies had just met each other that morning and could have passed for long-time best friends.  They were all new at surfing and snowboarding and more stoked than a Travis Rice fan watching The Fourth Phase. 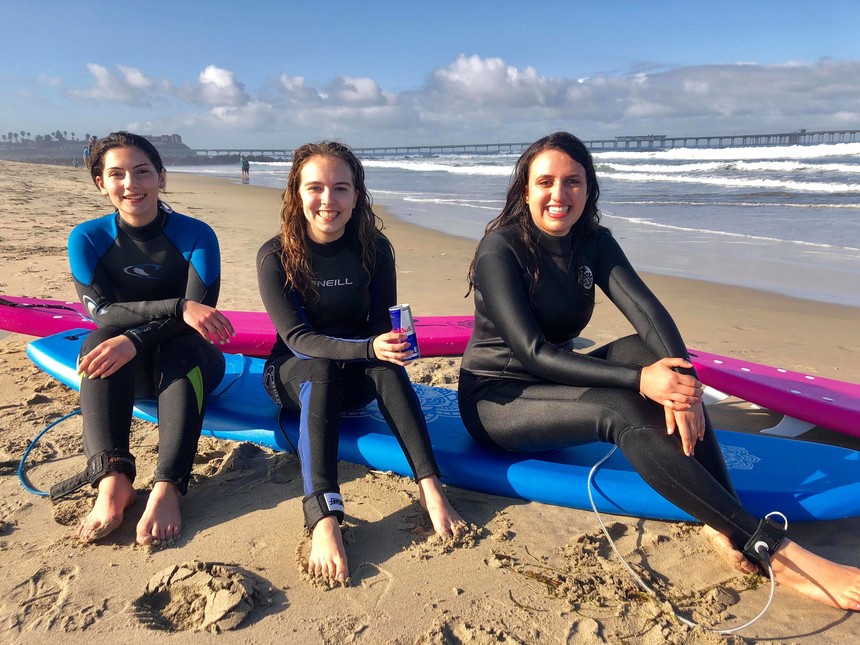 I mingled around the Red Bull tent getting to know the student participants and noticing a variety of skills in the saltwater of Ocean Beach.  Everyone had one thing in common- smiling so big their cheeks had to be numb.

Everyone was cheesing so hard and behind all those smiles were hundreds of stories of how each student ended up at Red Bull Switchboard that first day of Spring Break in late March. 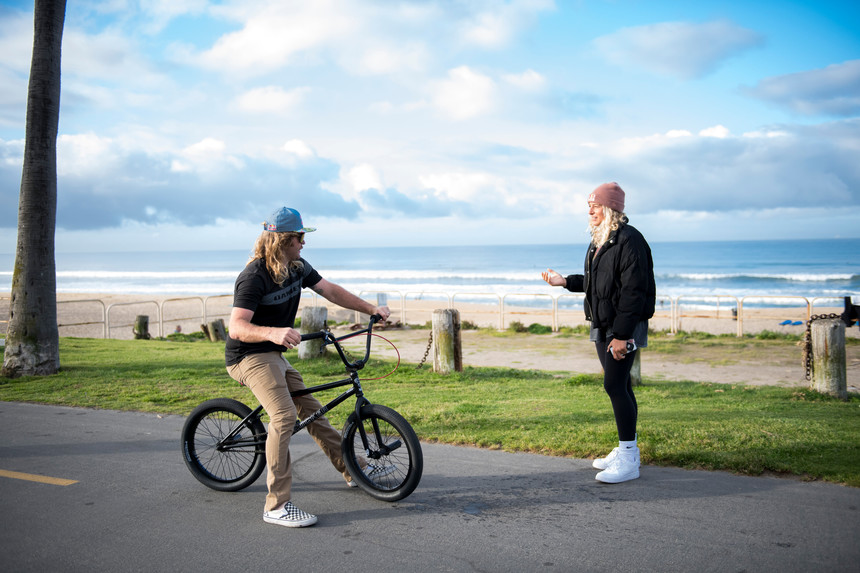 Participants were joined by Red Bull athletes  Mike "Hucker" Clark and  Izzi Gomez.  The athletes participated in the dream day alongside the students from surf to snow.  It was a day of inspiration and all the while, the stoke was through the roof!

The morning started off with a hosted breakfast from Sambazon. I had a delicious acai bowl, packed with superfruit and healthy energy. The kind ladies at the Surface tent were handing out sunscreen samples to keep everyone in check with protecting their skin for a full 12 hour day ahead. 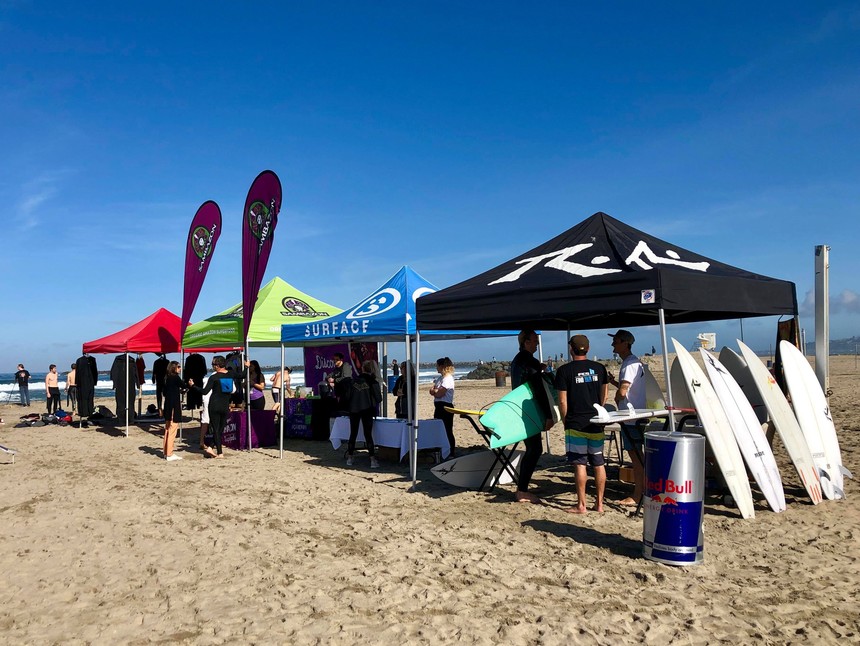 Tumbling wave after wave, these men and women were eager to get back up and try again.  Participants surfed and kept the hype alive for two hours before boarding the Red Bull shuttle bound to Big Bear Resort.  The party was just getting started.

On a 3-hour shuttle ride, you really get to know the people you're sitting beside.  I watched out the window as the terrain gradually transformed from sandy beaches and flat highways to large curvy bends and mountains lingering off in the distance.

Many of the participants had never been to Big Bear Resort and were enamored by the big, snowcapped mountains out the window on the drive up. 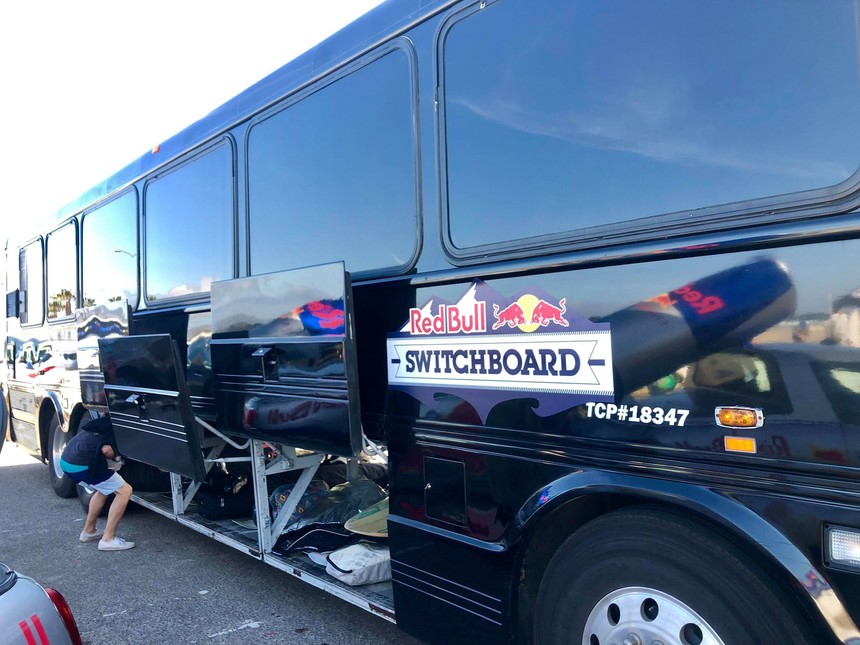 I made lifelong friends along the ride and learned what brought some of our participants out to Red Bull Switchboard.

Suzy Grigorian, a student from UCSD studying in the medical field, found out about the event from a flyer posted up in the book shop.  She entered a contest and won two tickets to the event, bringing along her friend David.  Suzy told me she had never surfed nor snowboarded and was beyond excited to spend a day trying both.  In her spare time, she was 20 hours from obtaining her pilot license and eager to strap into a snowboard for the first time. 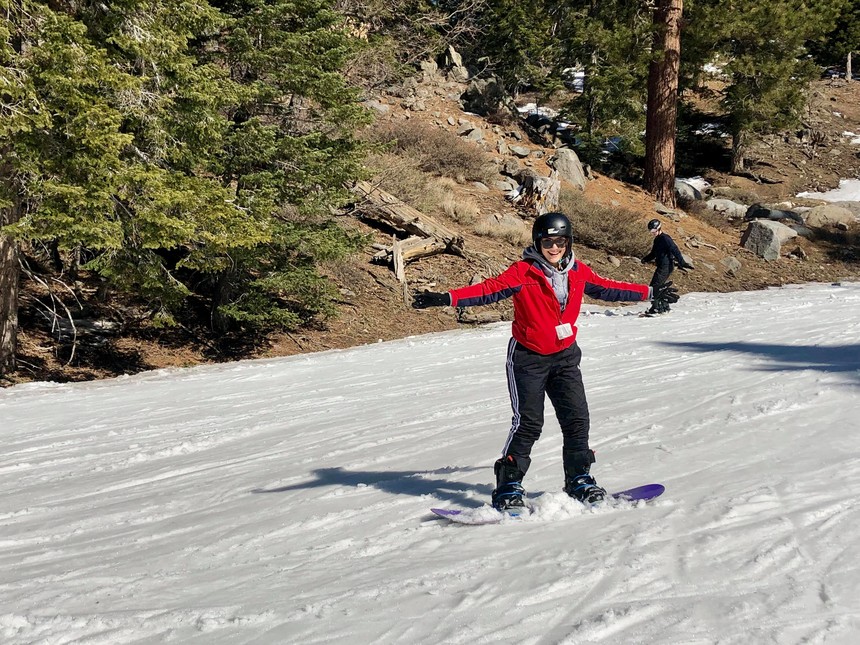 Sitting across from me was Ben, a student of UCSD studying Marine Biology.  He told us some fun facts about the Great Barrier Reef and plankton.  He had both surfed and snowboarded many times and was tagging along to make friends and live the California Dream Day, never having done both boardsports in the same day before.

Behind him was Joseph- a newb to both sports and genuinely excited to be there.  He never stopped smiling along the bus ride and told us about his forever dream of trying snowboarding since he was a young child.

Red Bull Switchboard brought all these passion seekers together on this bluebird day, and they were able to share their dreams with one another while growing a love for a new sport. 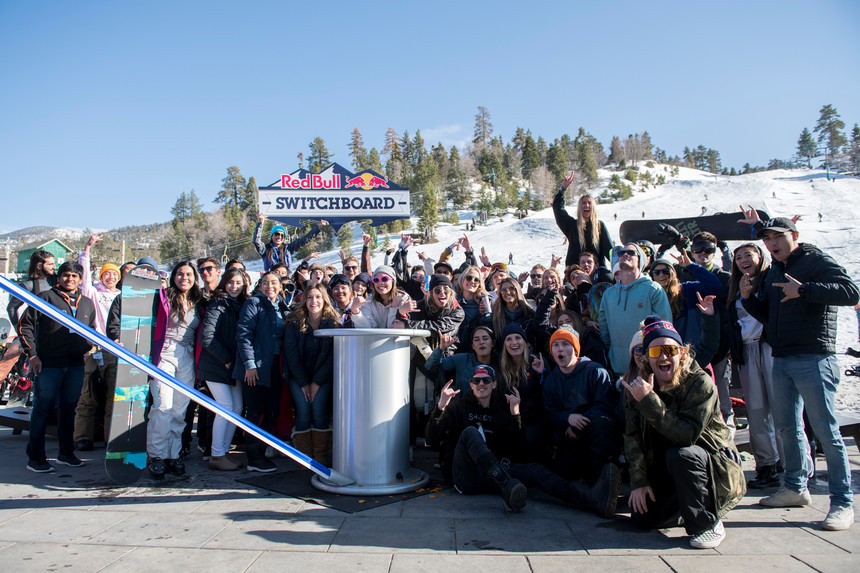 Along with some astounding and inspirational Red Bull athletes, these kids and the Red Bull Switchboard event reminded me what life is all about- following your dreams, being yourself, and getting out of your comfort zone.  Many of them signed up not knowing what to expect and "sending it" both in the ocean and on the slopes.

The California Dream Day embodies the spirit of staying true to yourself, making new friends along the way, and finding new passions.