Once in a blue moon, an event or competition comes around that completely redefines the trajectory of a sport. In the case of snowboarding, that just happened with the first stop of the Natural Selection Tour at Jackson Hole Mountain Resort. The brainchild of none other than Travis Rice, Natural Selection pitted 24 of the world’s best male and female riders against a course designed expressly to progress freestyle backcountry riding. We’re talking not a machine-built slopestyle course, but an entire face filled with endless options for speed, airtime, style, and good-old fashioned powder slashes. It was the perfect opportunity for riders like Elena Hight, Robin Van Gyn and Hana Beaman, who have been steadily pushing their backcountry riding game in the last few years, to get a chance to show off. Of course, for seasoned veterans like Travis Rice, Gigi Ruf, Eric Jackson and a whole lot more, the course opened up new doors for progression.

Oh, and the best part? The whole event was shot live using racing drones to capture next-level angles of snowboarding history being made. When it was all said and done, awards were handed out at the TGR Continuum Hotel and Bar, with celebratory vibes all around.

Steve Jones, co-founder of TGR, who has witnessed the progression of backcountry snowboarding firsthand over the years says:

Travis assembled one of the most all time legendary cast of snowboarder’s for Natural Selection. To have them all all basing out of the TGR Continuum, hanging in the restaurant and bar, and sharing that daily stoke all week long has been amazing. It’s great to see so many familiar faces from round the globe that we’ve filmed with and otherwise, all coming together in Jackson Hole. 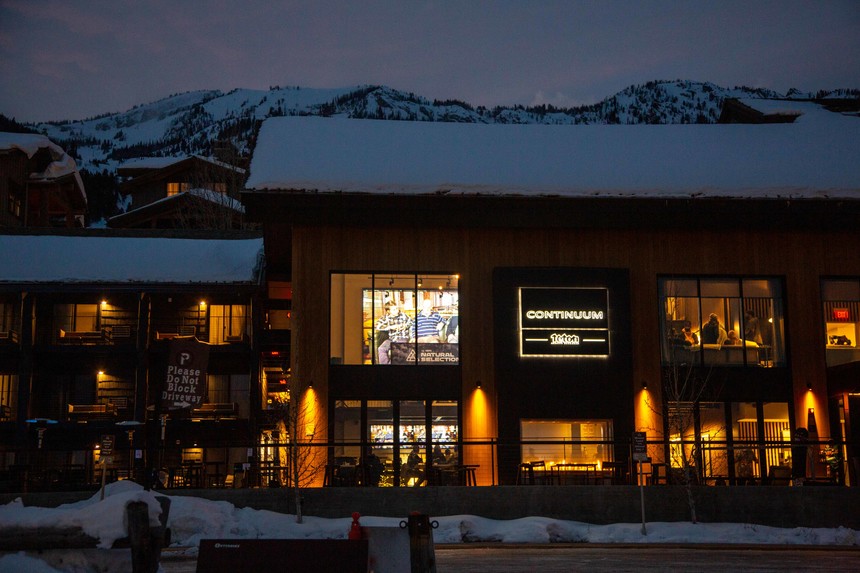 With a weeklong weather window, athletes had plenty of time to gather in between pow laps. What better venue than the TGR Continuum Hotel? | Max Ritter photo.

Day 1 went down under sunny skies, giving the riders a chance to warm up to the monstrous features before putting it on the line for elimination rounds heading into Day 2. With riders competing in a bracket format with head-to-head heats, the pressure was on from the start. While big moves and stomped landings scored high, pow slashes and smooth riding in between features were rewarded as well. 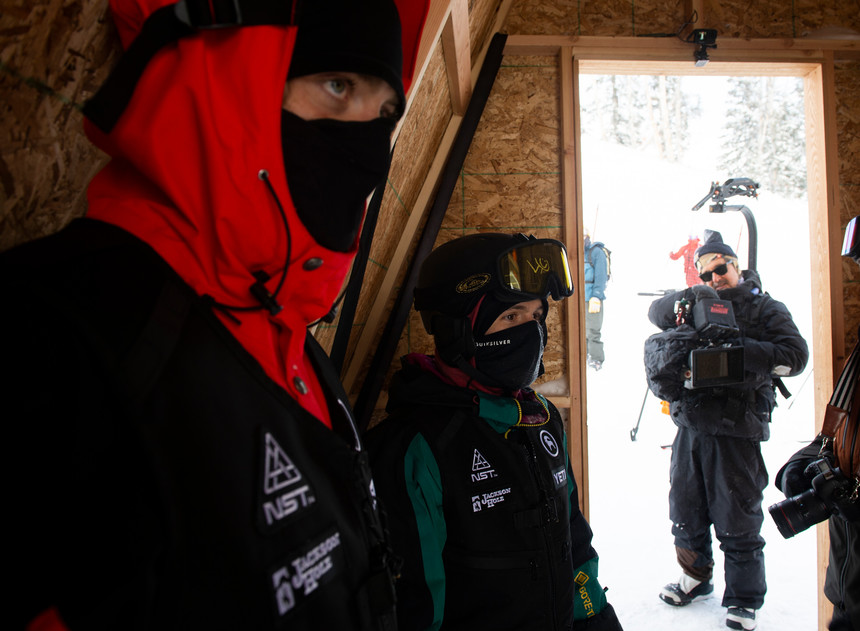 Calming the nerves in the start hut. | Red Bull photo. 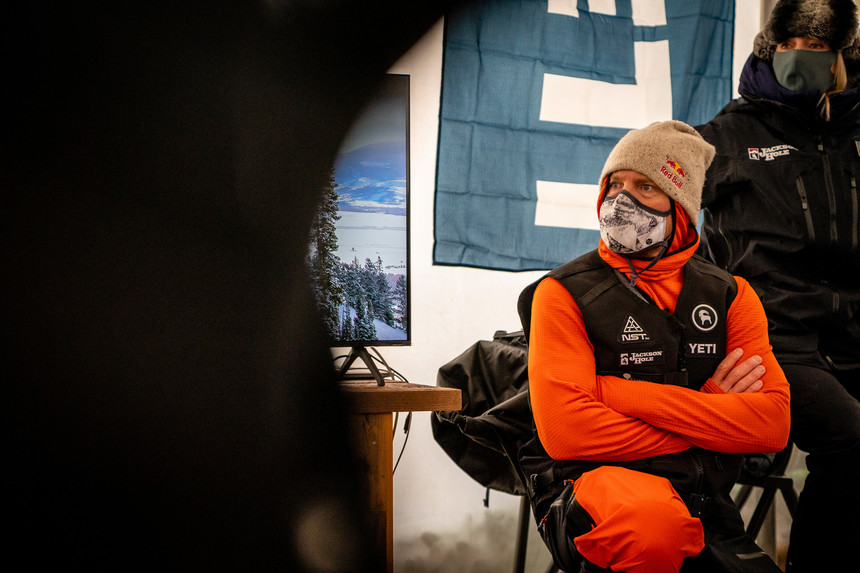 Travis Rice playing through his second run in his head. | Red Bull photo. 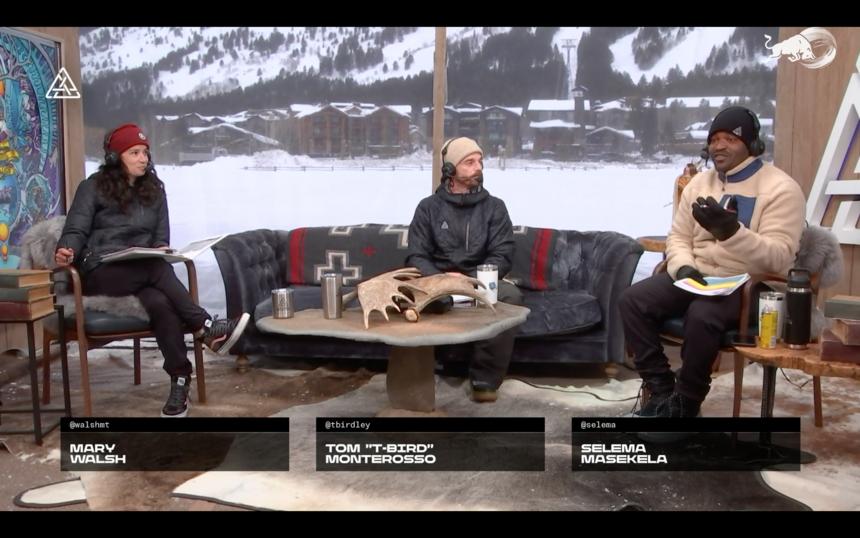 Selema Masekela decked out in TGR gear with a dream team of announcers. | Red Bull photo. 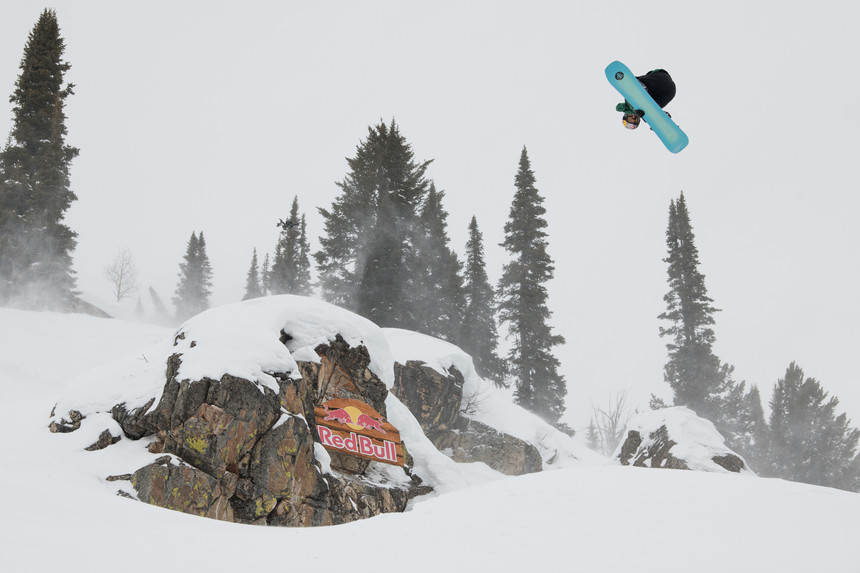 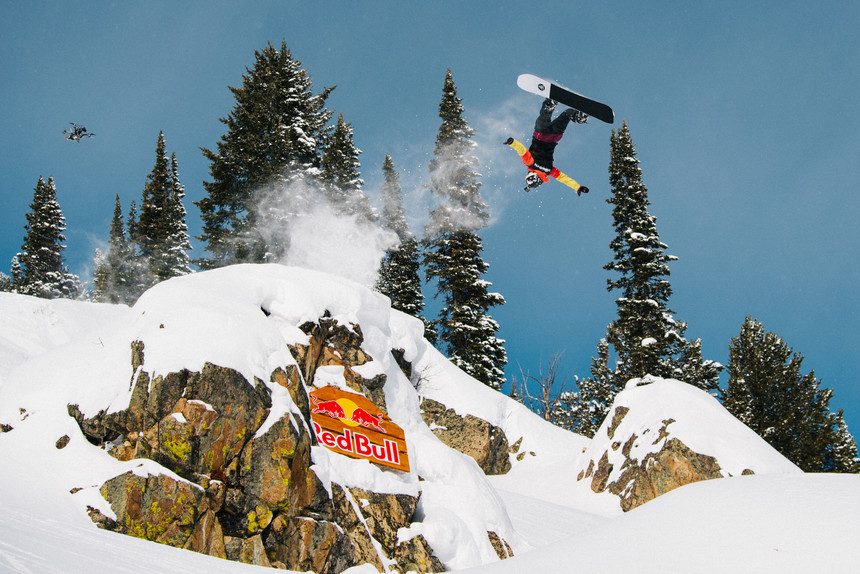 Robin Van Gyn going upside down over one of the biggest features on course. | Red Bull photo.

With Day 1 done and dusted, the whole crew was in for a treat, with a massive snowstorm pummeling the Tetons over the weekend, coating the mountains in upwards of three feet of new snow. The storm put the competition on hold for the weekend, but the riders took full advantage of the deepest days of the season to keep the stoke flowing in the resort and Jackson Hole backcountry. When the storm finally cleared, the course had gotten a complete makeover. With a blank canvas, it was time for the remaining riders to drop into their semifinals and finals run on Day 2. 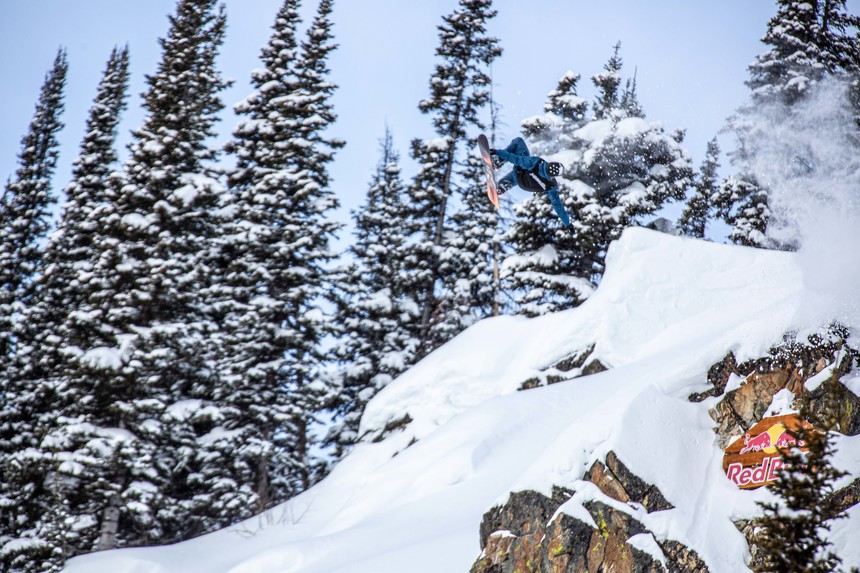 Bode Merrill lays one out for his first run. | Max Ritter photo. 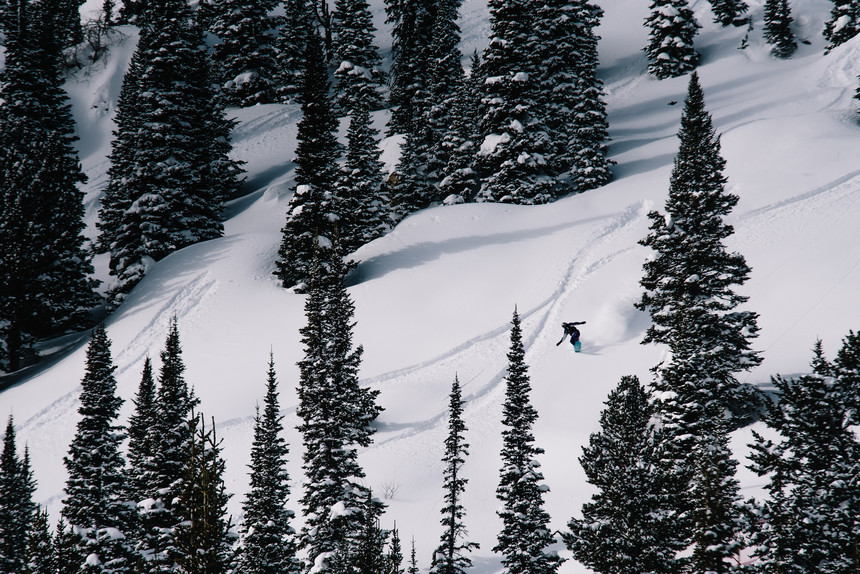 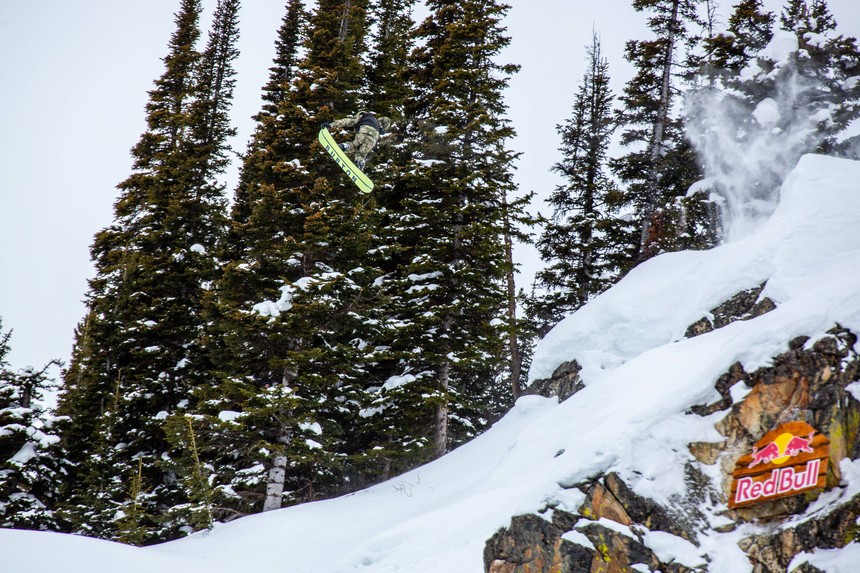 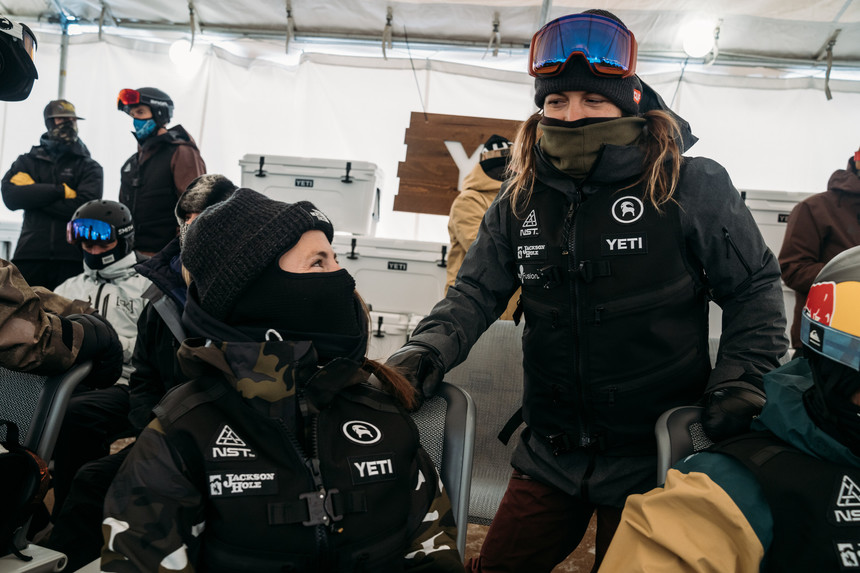 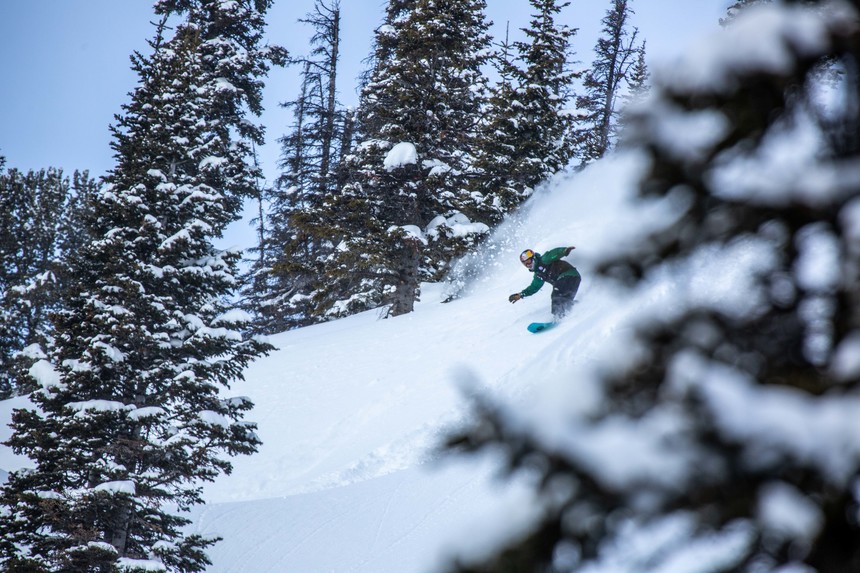 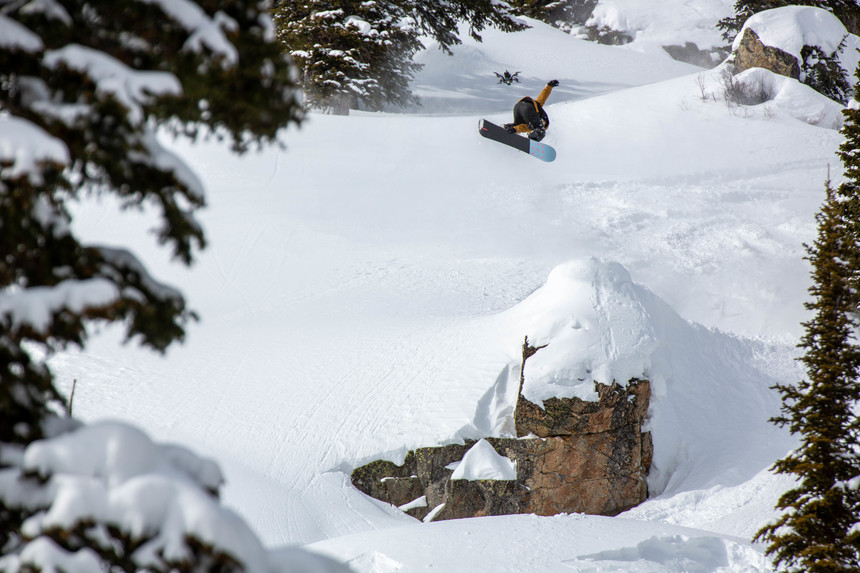 Chris Rasman getting all kinds of tweaked. | Max Ritter photo.

Of course, the high-caliber riding didn’t stop, with all manner of huge sends and stylish tricks going down. Advancing through semifinals were unquestionably four of the best snowboarders in the world, making the finals a show for the history books. On the women’s side, three-time Freeride World Tour champion Marion Haerty faced off against Olympian, X-Games, World and US Open champion Zoi Sadowski-Synnott. For the men, X-Games, US Open and Olympic champion Mark McMorris entered a showdown with none other than Olympian and X-Games medalist Ben Ferguson. Of course, someone had to emerge victorious, and McMorris and Sadowski-Synnott ultimately took the win. 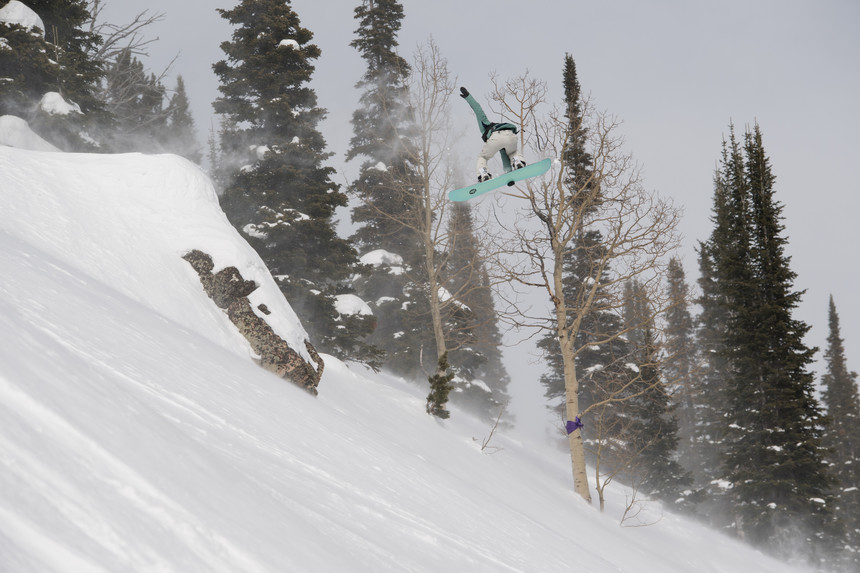 Zoi Sadowski-Synnott putting it down for her winning run. | Red Bull photo. 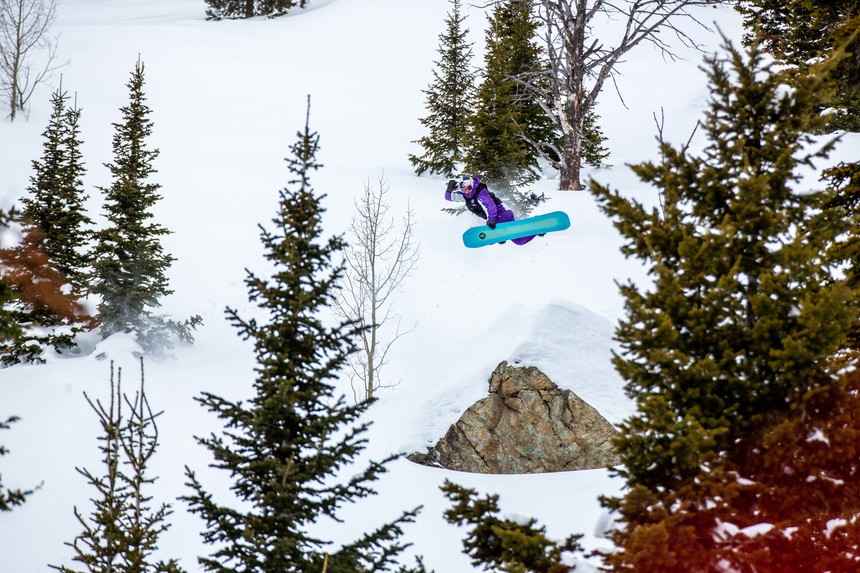 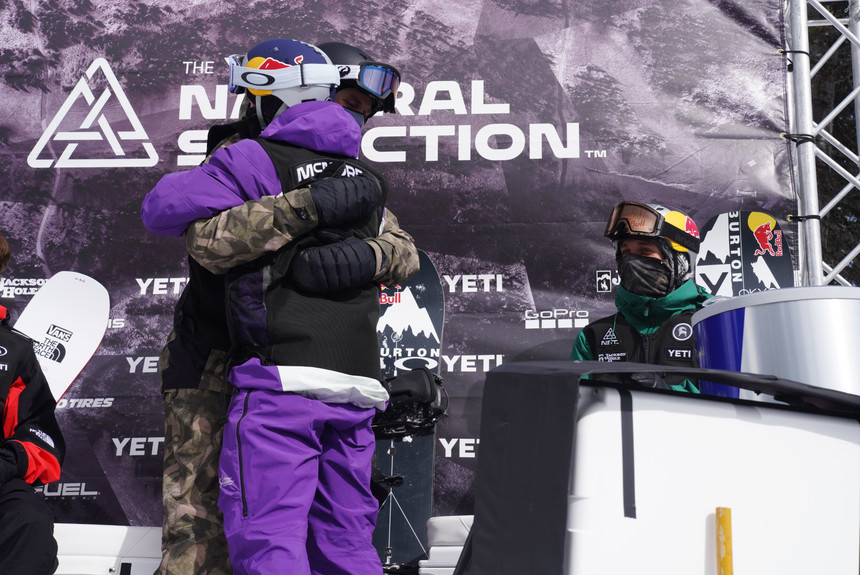 Congratulations were in order between the finalists. | Red Bull photo. 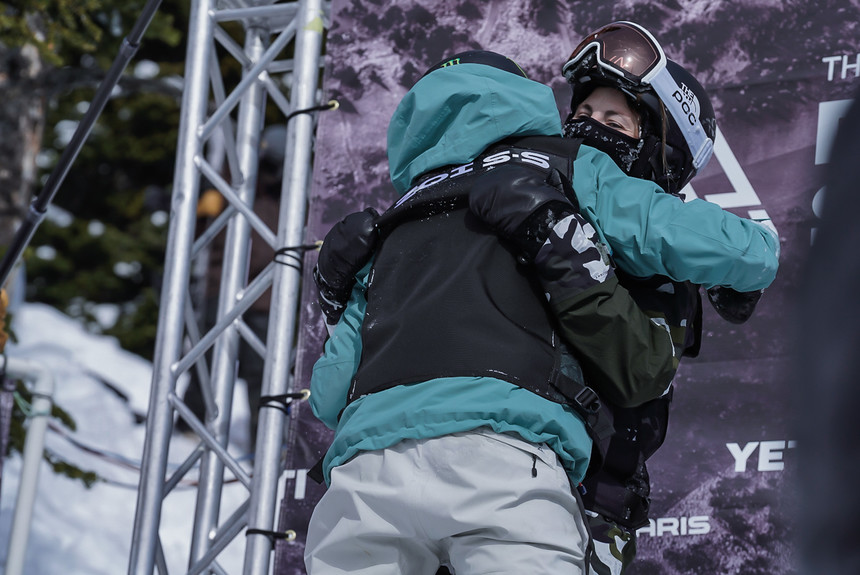 Natural Selection is only getting started for the season. The next stop is slated for BC’s Baldface Lodge in early March, followed by the championships at Tordrillo Mountain Lodge in Alaska later in March. 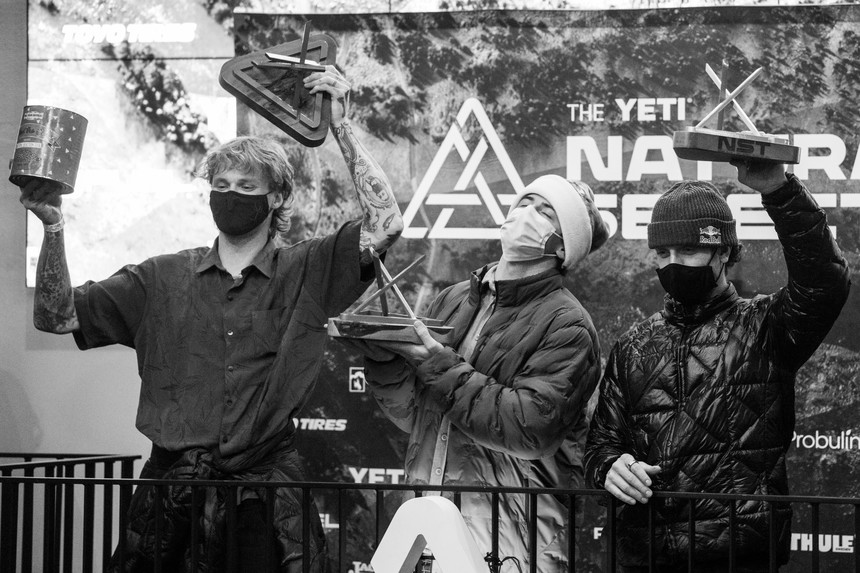 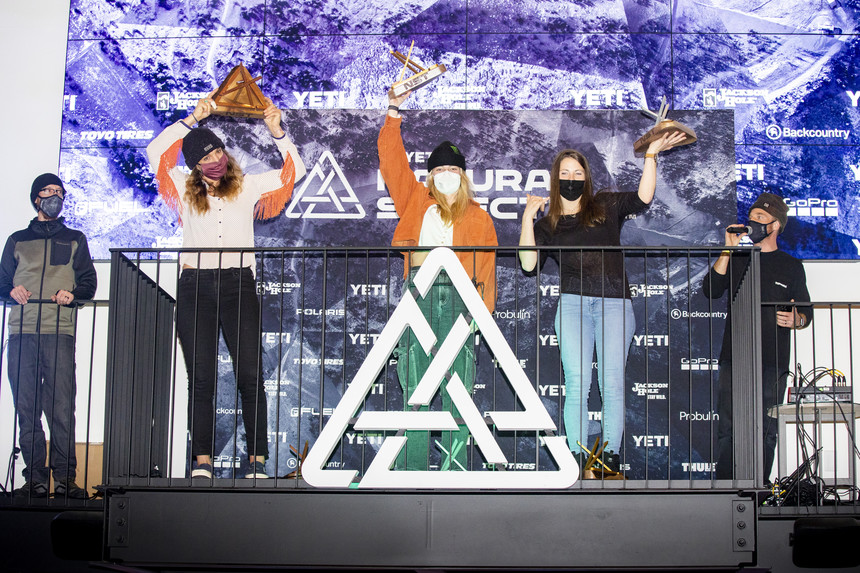