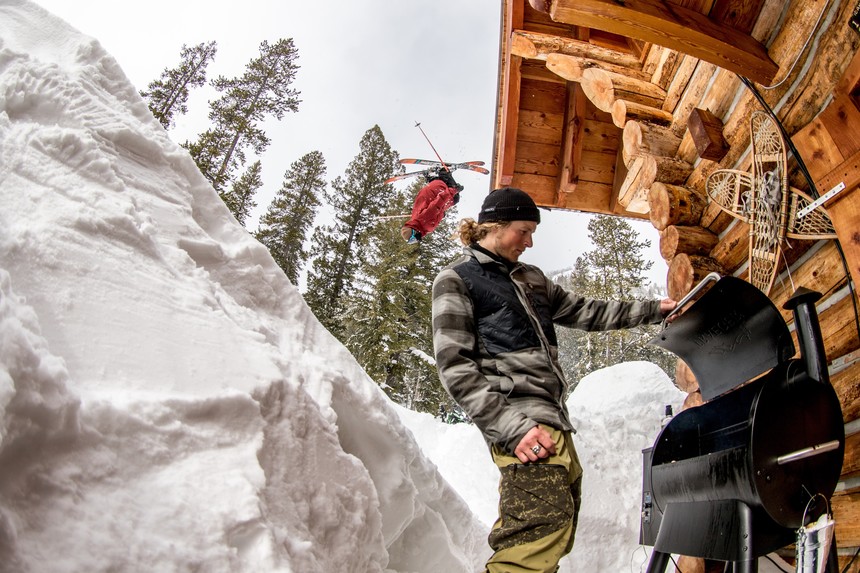 Cory Smith found a gem of a cabin in the woods and turned it into his personal backcountry playground in the Sawtooths. Idarado Media photo.

In the early 1800s, Idaho’s Sawtooth Mountains were wild and unexplored. The Native American tribes that roamed the surrounding area steered clear of range’s towering spires, and western settlers had not yet pushed into this corner of the mountains.

Over the next century, however, hearty mountain men explored the area, feasting on large numbers of elk and bighorn sheep. When gold was discovered, mining took off and boom towns were established along the foot of the intimidating Sawtooths. Despite an abundance of these resources, the rugged terrain, harsh winters, and isolation from civilization played a big role in forcing the settlers out and shutting down most of the mining operations.

Those same environmental conditions that made life tough in the 1800s, now create the ideal setting for a backcountry ski cabin. With nearly 400” of snow pounding the Sawtooths around Ketchum, Idaho, every year, it takes a special type of structure to withstand these winters. Enter the Wintertux cabin.

Situated at 8,000 feet and located 6 miles from the highway, Wintertux is a sturdy 1,200-square-foot oasis of rustic luxury sitting on 40 acres of ideal ski and snowmobile terrain. Skin straight from the cabin to the top of steep alpine peaks that surround it and you’re instantly welcomed to a world of untouched bowls, breakneck chutes and perfectly spaced trees. For those not so vertically inclined, you can throttle sleds through wide-open pow fields amongst the snow-laden peaks of the Sawtooth Mountains, or just cozy up by the fire with a good book and enjoy the quiet surroundings.

TGR caught up with owner Cory Smith to get the details on this unique base camp.

TGR: Tell us about the area surrounding Wintertux.

Cory Smith: It’s on a patented mining claim from the 1870s. This means we own the land and the patent supersedes the date of the inception of the Forest Service. So, we have this private land the Forest Service never really has access to. It’s on two different claims that overlap to create the 40 acres.

When and how was the cabin built?

CS: This guy Mark Scott bought the claim and later built the cabin in 2005. 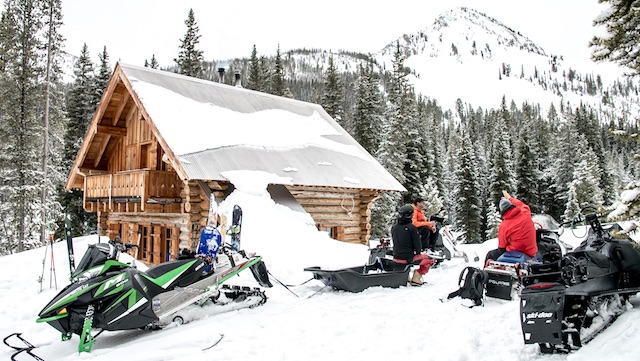 He is a custom craftsman-type dude from Maine and he built that cabin basically by himself. Everything was done onsite. He felled the logs nearby, had the thick floorboards milled not too far away, and then drove them up there and started stacking ‘em and built that thing over the course of two summers. He was able to get an excavator up there to dig the basement, a cement truck to pour the foundation, and a crane to set the logs.

How does this structure stand up to the big winters?

CS: All my contractor buddies go up there and look at it and say its extremely well-built. If anything, it’s overbuilt. There are so many vertical posts in that thing, huge beams in there. It’s built to withstand the 500-year storm.

How did you acquire the cabin?

CS: I was out snowmobiling years ago, and I went out Beaver Creek and was like, “Holy shit, what is that cabin doing there?” It was this beautiful cabin in the middle of nowhere. It stopped me in my tracks. 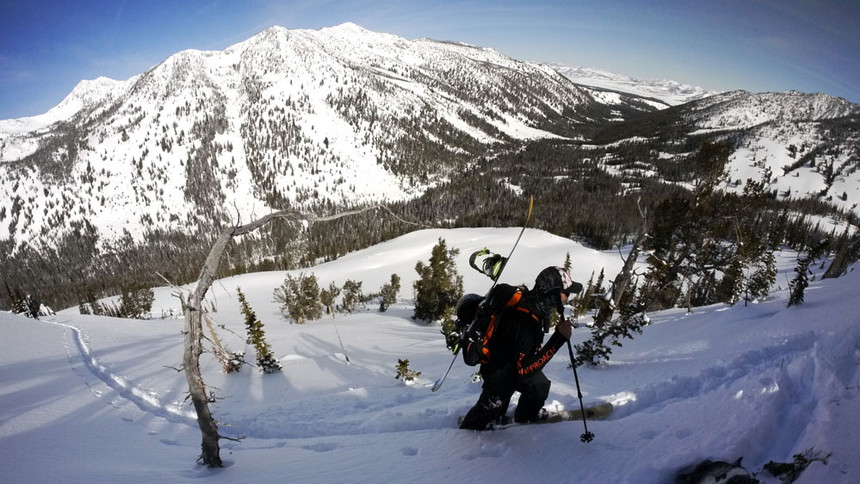 Cory Smith knew a gem when he saw it and jumped at the chance to buy Wintertux. Idarado Media photo.

So, I find the guy Mark and talk with him and it took me about four years of relationship building before he was willing to rent the place to me. Finally, we had a deal to buy the place, but he backed out at the last minute. Six months later, he emailed me, lowered the price, bettered the terms, and said it had to be done next month. That was in 2015

What renovations or additions have you made since owning it?

CS: We’ve done a lot of things to make it functional. The previous owner had it set up more or less as a yurt. There were two small wood stoves in there that didn’t really put out any heat.

So, the first thing we did was got rid of both of those stupid stoves and replaced them with a burly Timberline stove that would heat the place up. Then we added solar panels and the whole Goal Zero electricity system. We need electricity to run the Traeger Grill. We wired it for household lights with switches. We added a deck to it, and we improved the water system. It’s got a natural spring that supplies the house with drinking water and it flows right from the sink. 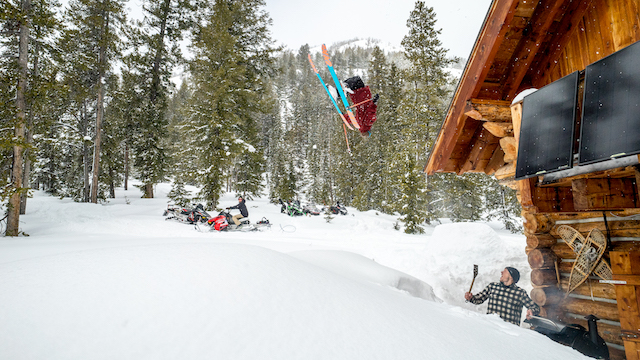 Whether you're tossing burgers or backflips, Wintertux has you covered. Idarado Media photo.

This summer we replaced all the windows so now they are airtight and double pane. We added a new cooking stove and all the bunks upstairs. We also have internet, so that’s kind of cool. You can go out there and be isolated or turn that thing on and get some work done.

How many people does it sleep?

CS: We like to say it sleeps eight, but parties 12.

How have you used this cabin as a base camp?

CS: For winter we use it as a place to go backcountry skiing and snowmobiling, and the fact that its 6 miles off the highway keeps most of the riff raff out of there and we’re able to ski kind of an infinite amount of terrain. It’s not wadded up with kooks. We’ll see snowmobilers go by, but they don’t snowmobile the same terrain we ski so it’s a good balance there. 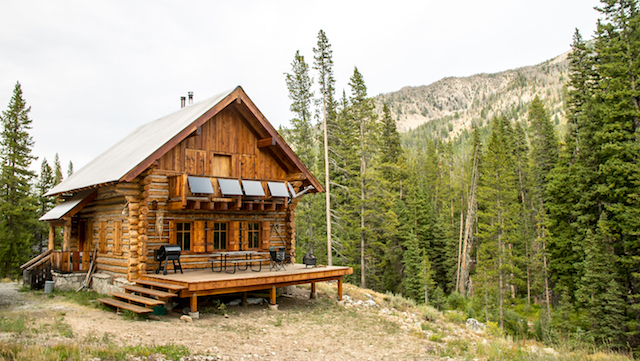 You aren't exactly roughing it at Wintertux. Idarado Media photo.

In the summer it’s great for mountain biking and hiking. We added a little flow trail with jumps and berms and little gappers, so that’s kind of cool. We hope to add more mountain bike stuff and features this summer too.

Is the cabin available to rent?

CS: I would say now its mostly a place we rent for video and photo shoots or corporate retreats, but mostly just to friends or people we know.