Climbing icon Will Gadd in takes on "Temple of Silence." John Price photo.

Photographer John Price first picked up a camera in 2014, but his emboldened images have already caught the eye of the world with iconic imagery of the sharp, glaciated peaks of the Canadian Rockies as well as other breathtaking landscapes around the world. Having grown up in Canberra, Australia, Price was landlocked in a city but his imagination was always ignited by his family trips to the bush which were soaked in harsh vivid hues.

Price’s natural aptitude for color theory are now a hallmark of his work and his brave use of light has generated attention, quickly set him apart from other shooters. Yet Price’s work is not heavy-handed. The subtle texture of rock surfaces and the often dreamy solitude his subjects carrying out their passions un-staged in the mountains makes his images distinctly identifiable.

Price’s love for climbing predates his art, but was the catalyst of his self-taught craft. Price began to bring along his camera to ice, alpine and rock climbs enthralled by the beauty of his technical ascents. His ability to shoot whilst climbing amongst the most elite mountain athletes is a skill honed by only a handful.

Price has shot on assignment for various outdoor companies including Arc'teryx, Black Diamond, Outdoor Research, Petzl and more. He has shot covers for Photo News, Gripped and other magazines. He was the subject of the film At What Price by Tommy Day and currently has the lead image for the 2017 Banff International Film Festival.

“I think John strives to capture his subject in the moment, doing their thing,” says Sarah Hueniken, one of the foremost climbers in the world and the first North American woman to climb a M14 rated climb. “He aims to share that moment to his audience without interfering with it or altering it. He doesn't ask one to do anything different then what they are doing or want to do. That's what I've always enjoyed about working with John and what keeps the pictures authentic in a day-and-age that doesn't always value that. I think authenticity is going to have a comeback on the backend of a social media storm of posed pictures.” 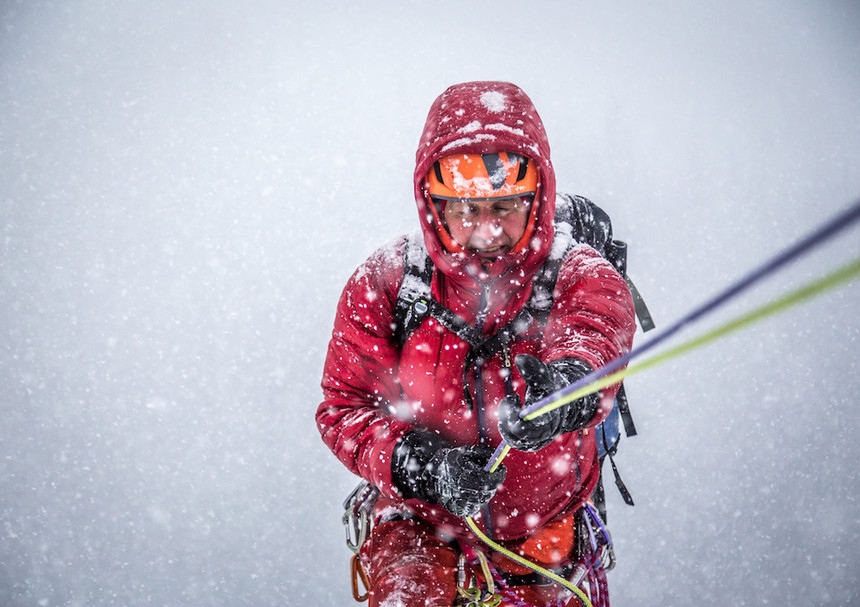 Price is just entering into international recognition. He has the potential to be a household name as climbing grows more popular and inspirational imagery becomes more in demand.

“Great images are obviously essential to be a pro photographer, but that’s just the baseline to be a pro,” says climbing legend Will Gadd. "I respect commitment and effort, and John brings those attributes on every shoot. True adventure photography also involves real risk that has to be managed with skill, trust and teamwork. John is alway a solid team member.”

TGR: When did you realize that you could be a professional photographer?

John Price: When I returned to Canada on my second two-year work visa, I was originally planning to start my guiding exams and go down that pathway. Before committing, and soon after returning to Canada, I realized how much I enjoyed shooting and that I wanted to throw everything towards that passion.

TGR: How much climbing is involved with your shots? How do you manage the physical demands? 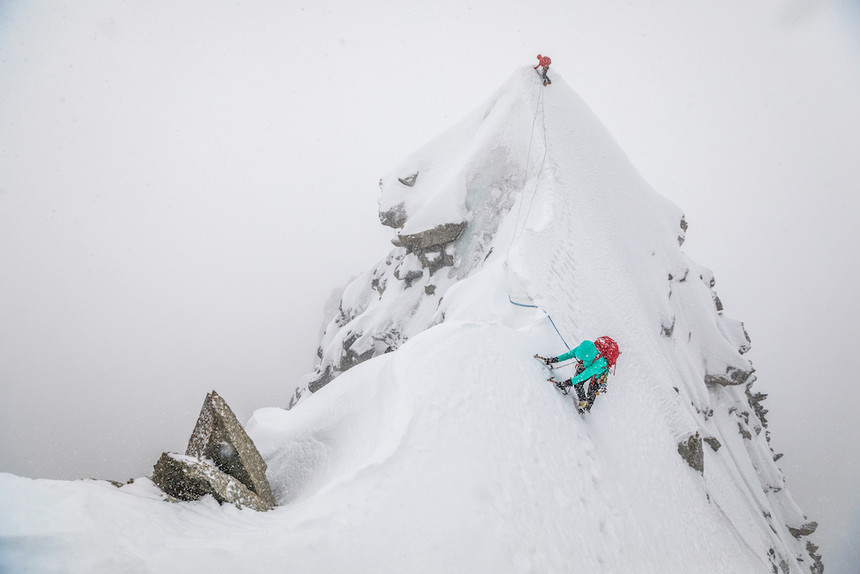 Price's work is noted in large part for its focus on the environment. John Price photo.

It really depends on where you are and what you're doing. Shooting alpine climbing, it's usually just you and another partner, so climbing is heavily involved. I love climbing, so whenever I'm able to connect with that passion, the more psyched I am. I'm also realistic about my own capabilities and focus on what is most efficient to get the job done, not get hung up on climbing myself.

TGR: You have been on some pretty insane ice climbing trips around the world, can you talk about your most memorable ones and your most difficult ones?

JP: I've been lucky enough to work with Will Gadd and Sarah Hueniken on a number of occasions, both in the Canadian Rockies and overseas. The most memorable trips for sure would be China and Japan. 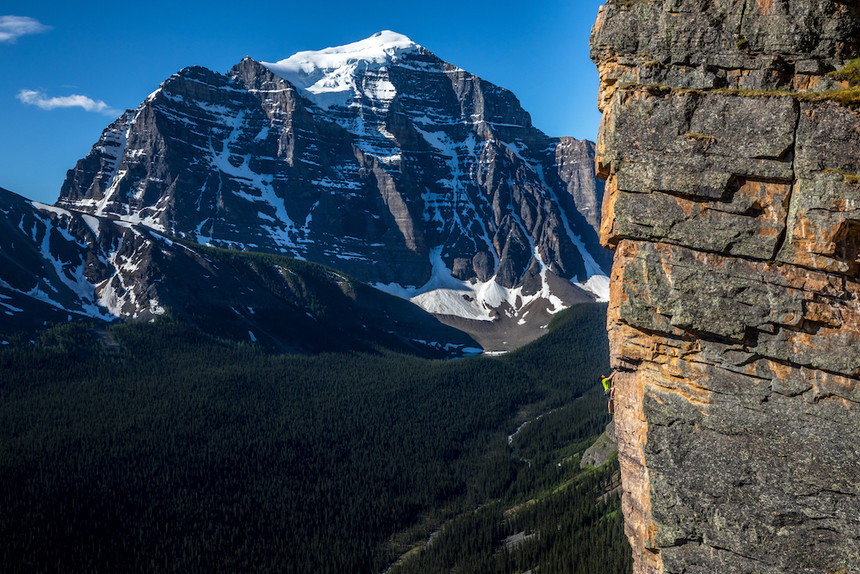 Both times I was there to document Will and Sarah climbing existing routes but also establishing first ascents. To work with such high calibre athletes and companies is extremely valuable to me, professionally and personally.

TGR: Last year you took pictures of the late Marc-André Leclerc. Can you comment on working with him?

JP: Marc-Andre was one of the most beautiful human beings I ever met. His passion and ability to climb in any style was mind-blowing, but what really resonated with me and won my deep respect was his humility.

He was potentially the greatest all-around climber that ever was, and yet one of the most humble, kind people I had the pleasure of hanging out with.

TGR: Your work is easily identifiable, did you intend for that?

JP: No, but I have been told that. I think it may have something to do from coming from a landscape / astrological photography background. They were the first things I ever shot when I picked up a camera.

When I started shooting climbing I was never drawn to the tight crop photographs. I respect and understand showcasing the technical difficulties or facial expressions of climbers, but I'm drawn to showcasing the landscape and environment in which the climbers are in much more.

TGR: Many of your photos don’t show people’s faces, is this one purpose?

JP: Likely due to the focus being more on landscape and less on tighter shots. It’s something I want to capture more in the future–that facial emotion. 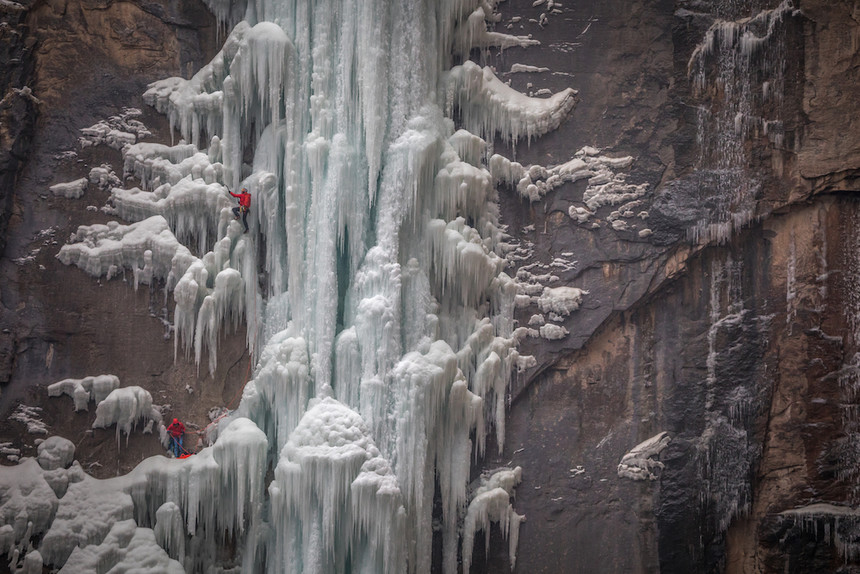 Given Price's distinct style, there is almost no ceiling for his career. Here, Gadd and Hueniken climb "The Christmas Tree" in China. John Price photo.

TGR: What are some of your career highlights?

JP: Traveling to China and Japan with Will Gadd to shoot for Arc'teryx, winning the Banff Mountain Film Festival Signature Image in 2017, being a part of a short film called At What Price made by Tommy Day that raised questions about the negative side of social media.

TGR: What is on the horizon?

JP: There are always a few things in the works, but I've learned not to get too excited about such opportunities until you're on the plane, headed to said destination.