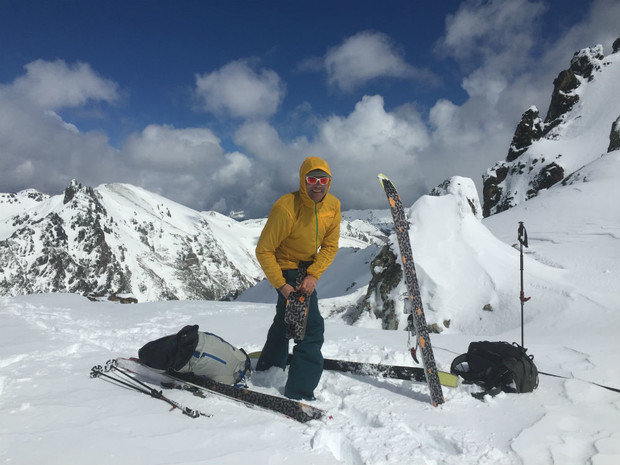 Avalanche Educator and Instructor Trainer Diego Allolio works with AIARE to translate its avalanche education and forecasting resources into Spanish. Through his company, Aprendica, he offers Level 1 and 2 courses in Bariloche. Neither Argentina nor Chile have avalanche forecasting centers, and no central resource to track and explain what’s going with the snowpack in the Andes.

As backcountry travel gains popularity in South American and more and more foreigners flock to the world’s second-biggest mountain range for fresh powder and big descents, Allolio and other local avalanche educators are making moves to keep backcountry skiers safe. He spoke with us about he and his company are working to improve backcountry safety to South America.

How did you jumpstart efforts to translate avalanche education and backcountry resources into Spanish? 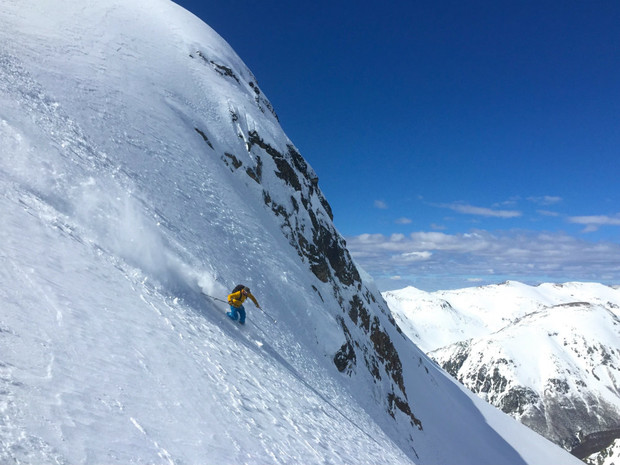 The first thing I realized was that we didn’t have any standard in our young industry. I was researching different options. I had a background as a NOLS instructor, which follows American Avalanche Association guidelines. Then I decided that AIARE was a good fit for us because it would allow us to go through the process a little faster. It’s a small organization that focuses on training. I needed a structure that would support an idea of creating a Spanish program.

After some time developing relationships, AIARE decided to support me in the creation of a program. That motivated me even further. At first, I was the only AIARE course provider, but they helped me understand that it would help to have other organizations giving courses, even competitors.

Avalanche education is not just important for the outdoor industry here. There’s a lack of government understanding about risky behavior. When a mistake happens, we face prohibitions. So we’re providing something to the community and giving outreach to guides.

Argentina works with the AMGA and IFMGA, but we don’t have a standard yet for avy training. In 2016, we’re looking to run the first the avalanche Level 3 and the first pro course in South American.

In terms of translation, I try to informally involve other people to find the most universal terms. We talk with people from Spain, Argentina, Chile. It’s not a formal process, but it is an inclusive process. That’s how I got into translating.

Can you talk about the obstacles you face from the government? 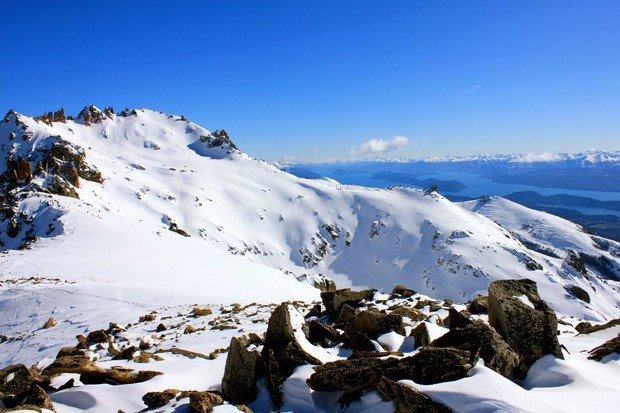 There’s very little understanding of risk, and hence risk management. Most insurance policies are written by lawyers who have no access to knowledge about [guiding and ski area management] standards and credentials. Regulations are being written by people who aren’t familiar with the activities. They don’t understand that risk cannot be eliminated; that it can only be managed. They don’t understand how information flows within a risk management system, for example, from a guiding operation to the public. We’re trying to make clear that there inherent risks.

Regulations differ between Argentina and Chile. Things are way more regulated in Argentina than they are in Chile. Chile is going that way, but there’s still some leeway. In Argentina, working in a protected area is regulated. For some areas, you need to be IMGA certified.

We are also falling behind because as ski areas allow sidecountry and backcountry access, they are afraid to discuss avalanches that they could happen. The management for sidecountry and backcountry is very little in ski areas. Some areas use ski cutting, but, for instance in Bariloche, they are using explosives for a 10 meter slab when they could be ski cutting. There are very few people with training to make those calls. 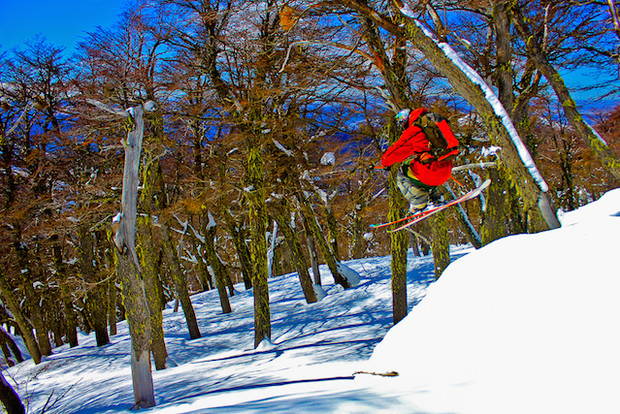 The availability of backcountry safety equipment in South American is desperately lacking, forcing many, particularly in Argentina, to buy kits off visiting foreigners or out of the country. Ryan Dunfee photo.

Some of my students who are ski patrollers have older or donated receivers. Slowly there has been a shift in that, too. At the ski area, patrollers are undertrained. Snow safety directors might not have updated their knowledge base.

It’s uneven, too. For example, Las Leñas has the most advanced bombing. Valle Nevado, La Parva has a little bit of bombing, but that’s it. Many, many people are accessing the backcountry through the ski area, but there’s not much budget to educate people going into the backcountry.

So we’re a part of that process. We’re trying to work together with other industry professionals in South America. It’s not easy. It’s easy to teach classes, but it’s harder to sit down with members of the industry.

The biggest obstacle we face is shifting our cultural beliefs. Some years ago, there was this belief that there weren’t avalanches in the Andes. That was the belief. Obviously there are, and we realized they were killing our friends. Now people are going out with beacons and facing this next step, which is, "My beacon isn’t armor." They need more formal avalanche education.

The biggest obstacle is we face is shifting our cultural beliefs. Some years ago, there was this belief that there weren’t avalanches in the Andes. That was the belief. Obviously there are, and we realized they were killing our friends. Now people are going out with beacons and facing this next step, which is, ‘My beacon isn’t armor.’ They need more formal avalanche education.

Just like Bruce Tremper says in Staying Alive in Avalanche Terrain, this book isn’t enough – take your Level 1. Once you’ve taken your Level 1, now you need to go out and gain experience. The cultural shift, I think, is an obstacle, but being aware of it, we know where to hit. Avy awareness talks are new here. We’re trying to get people to understand they need to take a course.

Can you discuss the lack of available backcountry equipment in Argentina and how avalanche educators, ski patrollers, and backcountry enthusiasts navigate that?

In Chile, there are resources [to get backcountry gear] but the gear is expensive. For working people, like ski patrollers, they have to get avy equipment on their own, especially in the smaller ski areas.

In Argentina, because of the regulations in the last 12 years, there isn’t any backcountry gear in any shop. They need to buy from Americans and foreigners visiting down here, or they go to Chile. A few go to North America or Europe and buy gear there.

If someone were visiting Argentina, how do you recommend they get information about the snowpack and avalanche activity? 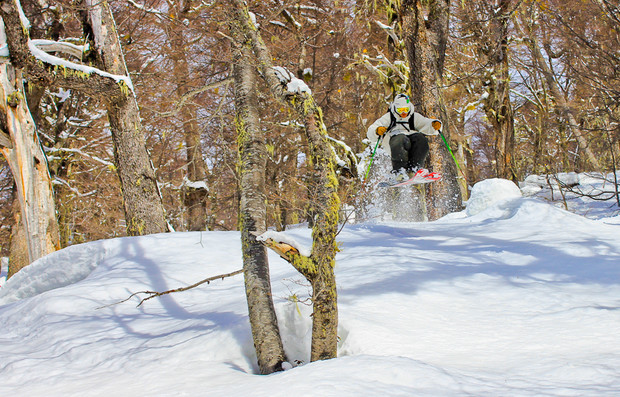 Alan Quiroga, one member of the large and growing backcountry community in Bariloche. Ryan Dunfee photo.

I don’t have strong figures to support this, but I think Bariloche is the single largest backcountry skiing community in South America. Chile's freeriding community is growing, but Bariloche has a big ski mountaineering community. We have an informal page here, but it’s not a forecasting site. It’s a Facebook page where certain people post somewhat regularly. It’s just a group of people in the alpine climbing community in Bariloche. There’s not very clear criteria on how info is present and who can post versus not post. It’s written in Spanish.

As far as resources, if you have enough knowledge, read the weather forecast. There’s no industrial avalanche forecasts available down here. That’s around Santiago and parts of Chile.

Guides could have really good, local knowledge, but who has met a guide that’s willing to give information without being hired? It has a lot of subjectivity as well. People don’t know how often the guide is out, and how much training he has.

Instead of guides, I would recommend the local community. We have locals who are getting out in a specific area, they get out often, and you can ask them. I’ve seen people in the ski area, even with the same gear, then start asking questions. It takes a lot of asking.

RELATED: Are you ready to ski the backcountry abroad? AIARE's Program Director will let you know

[Before you backcountry ski in Argentina], you need to be versed in rescue, and be self-sufficient. Rescue resources are different from place to place. Few helicopters are available, and they are privately owned. We don’t have government-owned rescue crews. We have some military helicopters.

I recommend looking into heli ski operations, if they are available. Try to learn where the big hospitals are. Same with the communications. We have much less cell coverage compared to the U.S. Have some sort of way to communicate, and communicate your plans at all times even to a friend in the U.S. Tell the people in the hotel. Travel in small teams, only three or four people, so it doesn’t complicate your decision-making.

Without an action you can’t change anything. I write a good persuasive essay topics to help students!