Editor's Note: This story is part of TGR's new series "Behind the Lens," which profiles the cinematographers, photographers, guides, pilots, and operators who follow athletes up mountains, through waves, and down the slopes to get the shot.

On how many occasions have you had an incredible idea, only to dismiss it after grasping the time, effort, and risk that the implementation of said idea would entail? If you’re anything like me, a semi-creative but egregiously lazy type, the answer is: All too often.

Despite these self-inflicted roadblocks, I enjoy studying the world’s go-getters and overachievers, perhaps out of hope that their determination will rub off on me, or perhaps just out of curiosity. After a thorough investigation of successful people (meaning, perhaps wrongly, those who have acquired money, power, and/or fame through some intensive means) throughout history, what I’ve learned is this:

People who truly want to achieve great things will either make it happen ...or go pitifully broke trying.

In a recent interview with TGR, John Decesare, founder of  Poor Boyz Productions, explained what drove him as a young, cocky ski pro in the mid ‘90s to invest every dollar he didn’t have into films about freestyle skiing--an aspect of the sport he felt was pitifully neglected by skiing’s conservative mainstream. Decesare’s early films–War and Propaganda to name a couple–operated in much the same way as TGR’s early offerings, bringing ski cinema to the untapped masses.

And after years of suffering frozen fingers and toes while covering skiing’s steady progression, Decesare has returned to his beachy roots, now focusing his energy on high-profile surf cinematography. 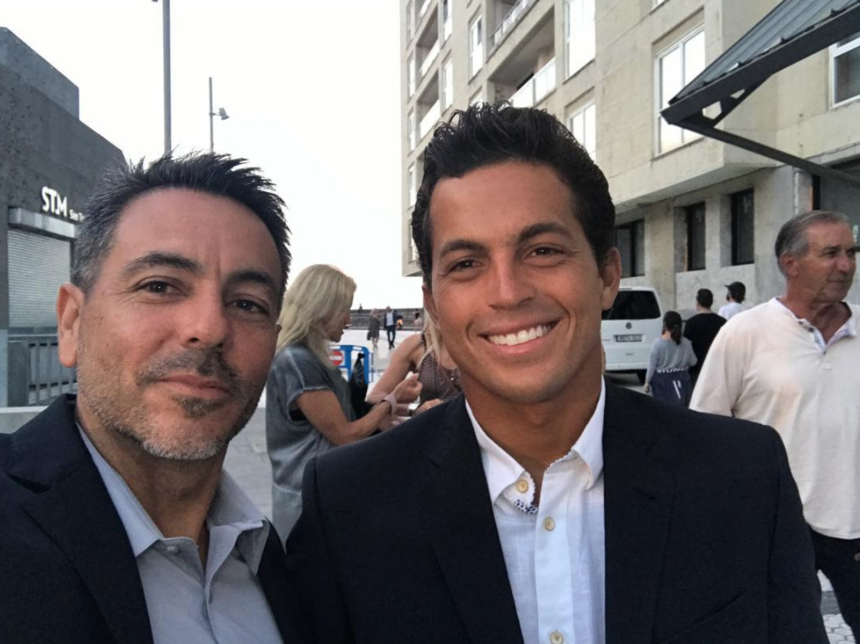 In recent years Decesare has produced five seasons of Jamie O’Brien’s hit Redbull web series “Who Is J.O.B”, and perhaps most notably, he’s become the filmer of choice for surfing’s once-in-a-generation waterman and everyboard extraordinaire, Mr. Kai Lenny. All of which intrigued us enough to give Decesare a call.

TGR: So, John, give us a little backstory. What was John Decesare like as a kid?

JD: Well I’m originally from North Ridge, California—a little valley town—but eventually we moved to the South Bay of Los Angeles. And really, before anything else, I was a surfer.

But you went pro as a skier. How’d that happen?

JD: I was actually captured by an ABC Wide World of Sports feature on skiing. After watching that I was pretty much obsessed with the sport, and I told my mom to take me to the mountains every weekend. Then after high school I moved to Colorado and started taking it pretty seriously. 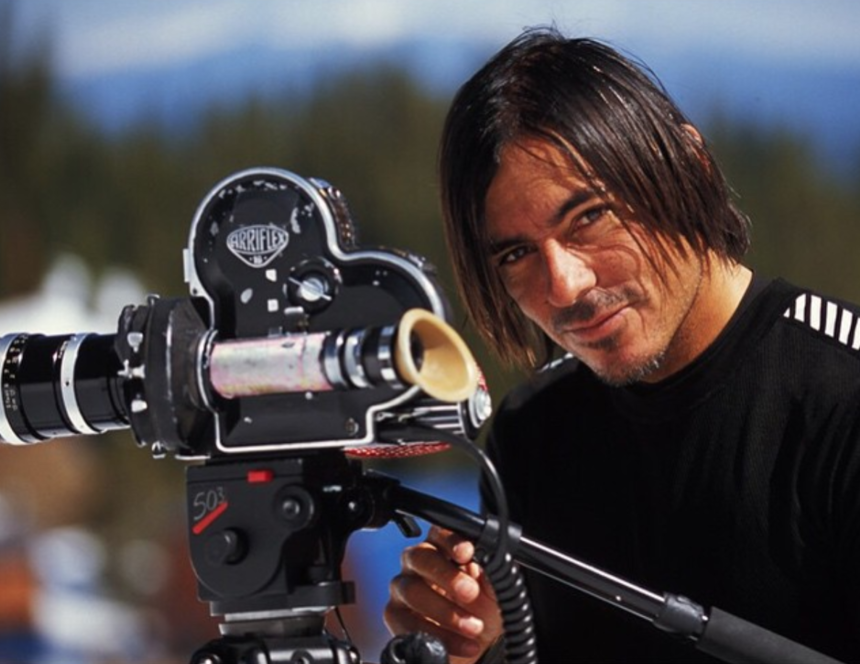 A younger Decesare with a stylish film setup and a not-so-stylish haircut. John Decesare photo.

So you went pro, and then what? Where did this whole ski video thing come into play?

JD: In skiing, all I ever wanted to do was to get airborne--I guess that’s why I did the freestyle and mogul stuff. And I grew up watching these films by guys like Warren Miller and Greg Stump, which were really sick, but they rarely featured freestyle skiing. And then one day, we had this great day filming in Vail with Warren, and I remember being so excited to see the clips, but in his hour-long movie he only used a couple of minutes of the footage. It just broke me, and I was like “You know what? I'm going to make a movie.”

So you saw a gap in the market and decided to go after it?

JD: That’s right. So that next season, despite having zero dollars in my account, I bought the camera and gear on my credit card, and my buddy Eric Shear and I followed the tour around and made a movie with all our friends. That was Fade to Black, and no one really saw it –only about 50 of our closest acquaintances.

Did you get a good response from those who originally saw it?

JD: Yeah, it was awesome. Everyone was like, “You should keep making movies!” but I was like Ehhh… I could see that we might be onto something, but I wasn't too sure. Then I went to the first X Games at Big Bear in California, which only had snowboarding–no skiing–and I just remember being amazed. I was like, “This is it. This is the future... except it should be skiing.” So that kind of jumpstarted me again and I started making more films.

JD: Well I went to S.I.A., which at the time was this massive ski trade-show in Las Vegas, and I was showing Fade to Black on a loop, just thinking it was the coolest shit ever. And then at one point this guy with bushy red hair came up and told me he really liked the movie, and that he had a tape he wanted to show me. I didn’t know it at the time, but that guy was Shane Szocs, and the footage he gave me included some of the first Misty Flips attempts along with some crazy 900s.

I was floored. I remember just being like, “Oh my god, what the hell is this? This is exactly what I’ve been searching for! “And that was basically the start of a really amazing friendship with Shane Szocs. So by the time he was leaving Las Vegas, Shane said to me, “Why don’t you come to Canada?” And I was like “Yeah, I’m coming to Canada!” So he picked me up from the airport and we filmed with Mike Douglas, Shane Szocs, Marc McDonnell—basically three-quarters of the New Canadian Air Force. And it was… it was insane.

Everything you’ve talked about makes me think that Poor Boyz’ goal was to disrupt the status quo.

JD: Absolutely. Skiing at that time, in all honesty, was just really not that cool. While skiers were sticking to the classical stuff like racing, snowboarders were building parks and creating the X-Games, and we weren’t even invited. So while skiing was stuck in the past, sports like snowboarding and surfing were taking off as these really cool, youthful movements.

Let’s talk about surfing! After 10 years of ski-intensive filmmaking, you went to Maui and covered windsurfing, of all things.

JD: Well, I was going out with this girl from Hawaii at the time, and she was like, “Come to Maui!” so of course I went to Maui. While I was there I spent a lot of time watching the windsurfers and was just amazed by what they were doing. I had never realized that windsurfing could be so … cool. Then I ended up meeting Jace Panebianco, who is still my business partner to this day, and he introduced me to everybody in the local windsurfing scene. It was actually Jace who told me, “Hey, there's this little kid around right now. He's like nine, but I think he's going to be the shit someday…”

And that of course was—

JD: Kai Lenny, yup. So Kai was in both of our windsurfing movies, and we also did some promotional material for his sponsors, then when he turned 14 or 15 I realized that this kid was going to be really special, so I spent a lot of time documenting his life. Over the years, we've pretty much shot everything he's done over the course of his career. Most recently, Paradigm Lost.

Which, man, what a film. The cinematography is truly incredible. What are you working with now, camera-wise, and how does it compare to the early days?

JD: Our first camera was a Sony DX700, which was a one-chip digital camera. One-chip. So it was pretty rough. I remember an article that said, “If Johnny doesn't get his quality up, all of his boys won't be his for boys much longer.” I'll never forget that.

But over the years we definitely got better gear — first an 8mm camera, then we used a 16mm camera for about 10 years, and now we’re onto REDs and upper-end video equipment. Just the standard for what's happening these days.

And how has the Poor Boyz team grown over the years? Are you still the principal filmer and editor?

Yes and no. I've had a great amount of help, especially in the past 15 years. Tyler Hamlet has had his hand in everything that we've done since 2004–ski and surf. And then there's Cody Carter, who's also been around for eight or 10 years. Jace, too, has been part of the crew since the windsurfing days. He’s been monumental in our transition into surf.


If you’re wondering just how deep Decesare’s surfing influences run, consider this: When I asked John about the name Poor Boyz, or more specifically, if there was any meaning to it beyond the obvious broke-ski-pro-starts-a-production-company thing, he mentioned that he had always been attracted to Taylor Steele’s surf film company, Poor Specimen, because simply put, “They were the best of the best.”

Which is definitely true of that era, but we can’t neglect the fact that Poor Specimen, like Poor Boyz, was started by a highly motivated kid with nothing more than a handycam, a few talented friends, and a dream.

It should also be said that neither Steele nor Decesare could be considered anything close to “poor” today.

This video pretty much encapsulates everything that is wrong with surfing. Here we see an adult surfer snake a young body boarder out of a sweet wave at Snapper Rock and then proceed to punch the young kid for burning him. What a kook! Snapper is notorious for its crowded lineups and lack of order for wave priority, and yet scuffles like these rarely go down there. Regardless of etiquette however, it is entirely unacceptable and wrong to lay hands on anyone over a wave if they are half your

On August 17th, 2021, big wave surfers Grant “Twiggy” Baker and Ian Walsh embarked on a surf exploration mission in search of a potential new big wave surf spot the likes of which only exist in a handful of other places on earth. Since big wave surfing’s inception, Mavericks, Nazaré, Waimea and Jaws have been the world’s premier big wave breaks, but Twiggy and Ian sought to change that with an excursion to the northern west coast of South Africa. These surfers put their lives on hold for