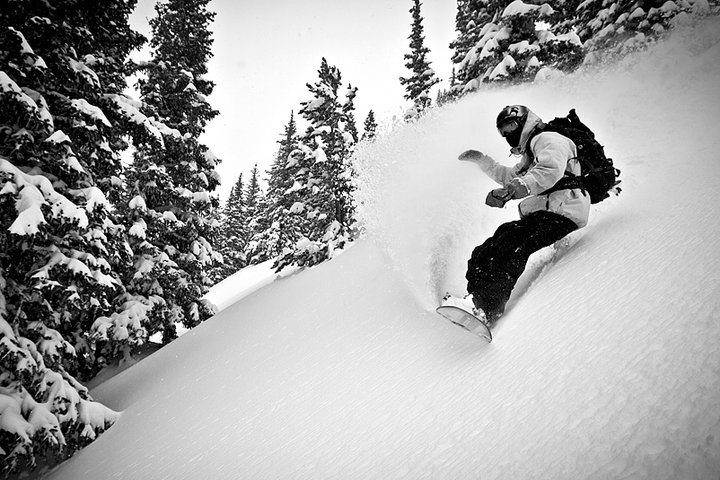 Neil Provo rides the white wave in his home zone of the Wasatch. Ian Provo photo.

One of the first professional snowboarders to monetize making it on his own two feet, Neil Provo’s technical style landed him a full part riding Alaska’s Todrillo Mountains in this year’s Powderwhore film, Some Thing Else. But it might surprise you to learn that Provo, a native East Coaster, began his career riding urban features throughout Salt Lake City.

Now a full-time backcountry athlete for Voile, Provo regularly tours the world to hit remote zones with his older brother, Ian, a pro skier. He talks about the rise of splitboarding, brotherly communication in the backcountry, and not getting crazy on camera.

You started out riding park and urban features in the early 2000s, which is dramatically different from the backcountry riding you’re doing now. How did you manage that transition? 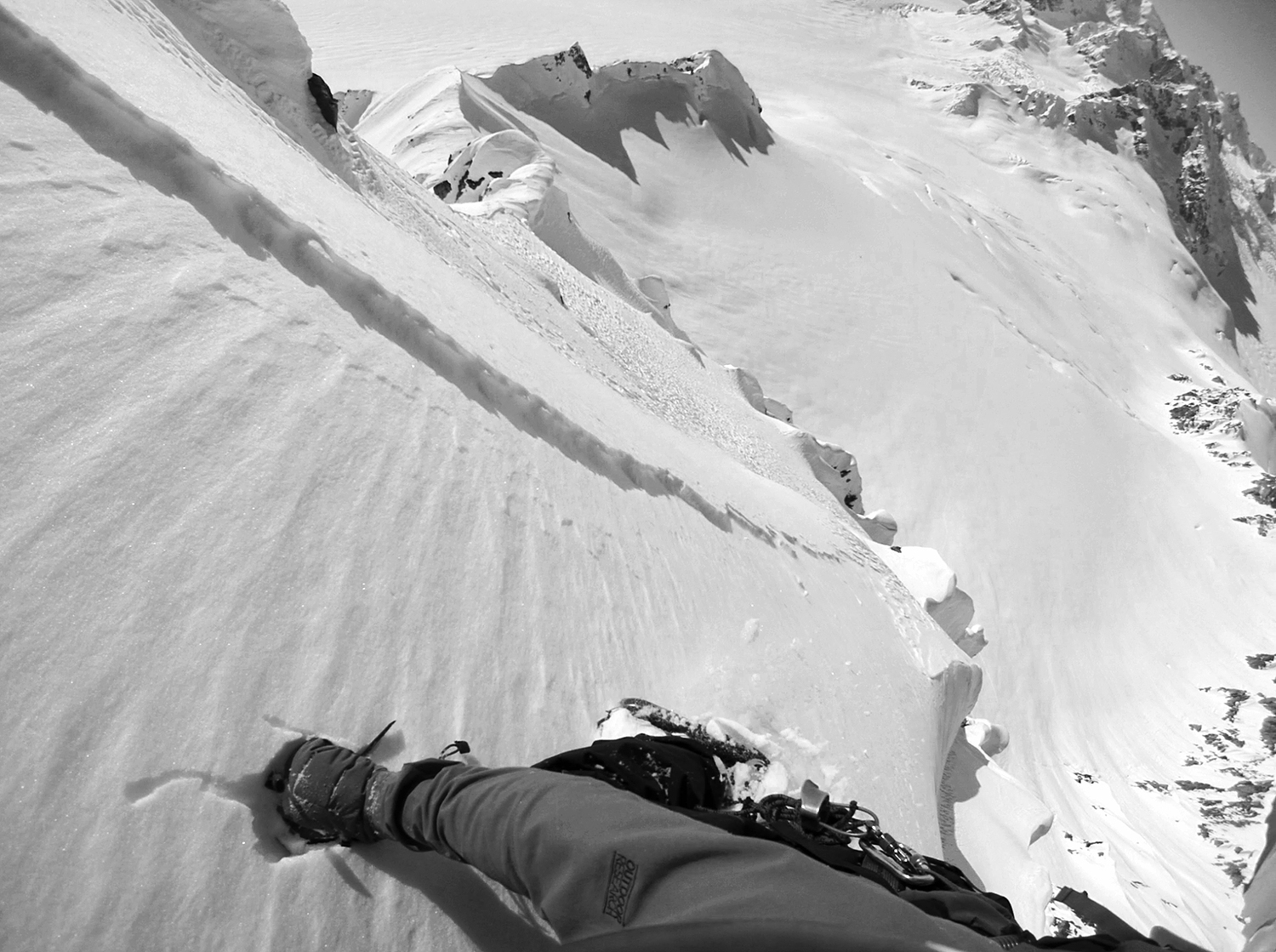 A rare Point of View: Hiking for turns in the Todrillo Mountains.

Growing up in Connecticut, that was the only kind of riding I knew. When I moved to Utah in 2000, my snowboarding changed as my environment did. I was always intrigued by the tracks seen off in the distance beyond resort boundaries, and it wasn’t until I discovered Voile and the splitboard that I would be able to do it myself.

I still really enjoy riding in the park with good friends. It’s a great way to keep the skills sharp, and helps for all types of snowboarding.

As one of the few athletes who have been able to earn a career splitboarding, can you explain the steps you took to get where you are?

When I first got into splitboarding, there were not many companies supporting or even producing factory-made splitboards. For me, it was just a matter of aligning myself with brands that were backcountry-driven and committed to that aspect of the sport. I think Jeremy Jones has played a huge roll in the rise of splitboarding in the last few years. He has inspired more people, and more companies, to get involved.

It’s fairly unusual for two siblings to turn pro in their respective sports, shred together, and regularly combine efforts. How has growing up with Ian and continuing to travel and ride with him has influenced you? 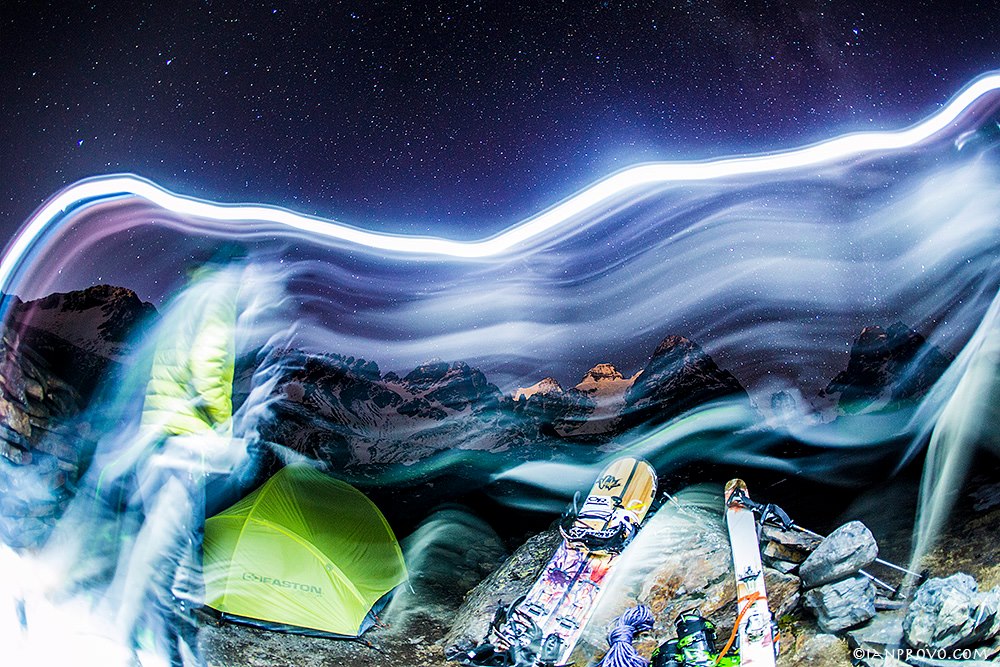 The Provo brothers camping out and hitting lines in Bolivia. Ian Provo photo.

I’ve been looking up to Ian and following in his tracks for as long as i can remember. If we didn't share the same passion for snow, I’m sure we’d be on much different paths in life.

In the backcountry, communication is everything. Being brothers, we’re not afraid to share our opinion. Sure, we have our arguments as most brothers do, but I think having a brother in the backcountry is the best partner you can have.

In the backcountry, communication is everything. Being brothers, we’re not afraid to share our opinion. Sure, we have our arguments as most brothers do, but I think having a brother in the backcountry is the best partner you can have.


Can you talk about your part in Powderwhore’s Some Thing Else and what you rode in the Tordrillos? 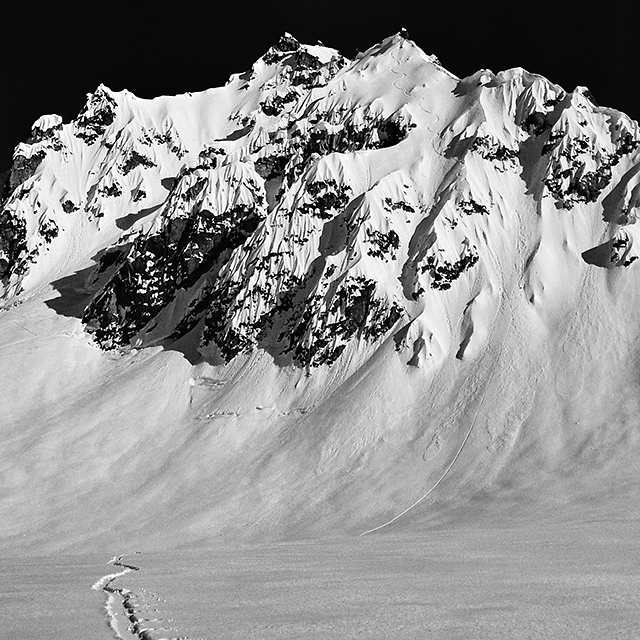 Conditions aligned for Provo's descent on this north-facing Todrillo peak.

The trip to Alaska with Powderwhore this past spring was all time. We had 11 days of blue skies with a stable snowpack, and pretty decent pow on north-facing slopes. When you're accessing big lines on foot, conditions determine everything.

We were lucky to have it so good once again. It was my second time back to this zone. I was able to hit some of the lines that I had on my list from last year. We watched the sunrise on seven of the eleven days: pink light, powder, and steep spines.

Can you talk about your mindset while you film? Are there particular things you enjoy or don’t enjoy about filming deep in the backcountry, and especially rugged places where you need to camp? 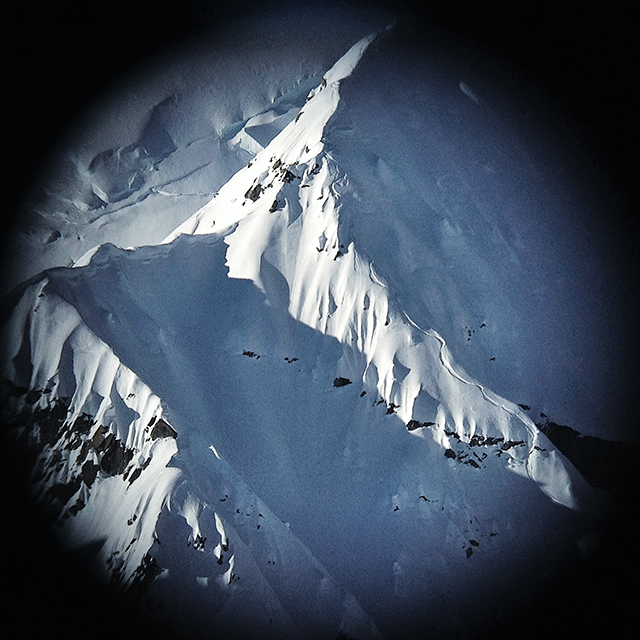 On the Razor's Edge: Provos rides this exposed spine, then threads the needle between two cliff bands.

Filming in the backcountry can be frustrating at times. It can be a very tense and dangerous place to be to begin with. And when you bring cameras into the mix, it adds a whole new element. I try my best to not let the “Kodak courage” get to me, but, let’s face it, cameras make people do stupid shit! I try to just block all that out and ride my snowboard.

Camping in the mountains presents a lot of challenges for filming, mainly with battery power and storage space. Solar power technology is getting so good that it’s not even really an issue anymore, though.

Which zones and peaks are you targeting for this year and why? What kind of research do you do, and how do these places draw you?

Typically I wait for the winter to get started to see where the snow is stacking up the most, then make a plan from there.

I am really hoping for a big winter here in Utah. There are still a ton of Wasatch classics in the backyard waiting for me. British Columbia and Alaska are always on the top of my list, and I hope to make it there this season.

Ski and snowboard movies, along with websites like TetonGravity.com offer a ton of beta for good places to shred. I always look forward to seeing what people rode in the past seasons, to try to figure out good places to go in the future.

From The Column: High Fives

From Joyride to Rampage to unReal: Brandon…

Remembering Andreas Fransson Through His Words -…