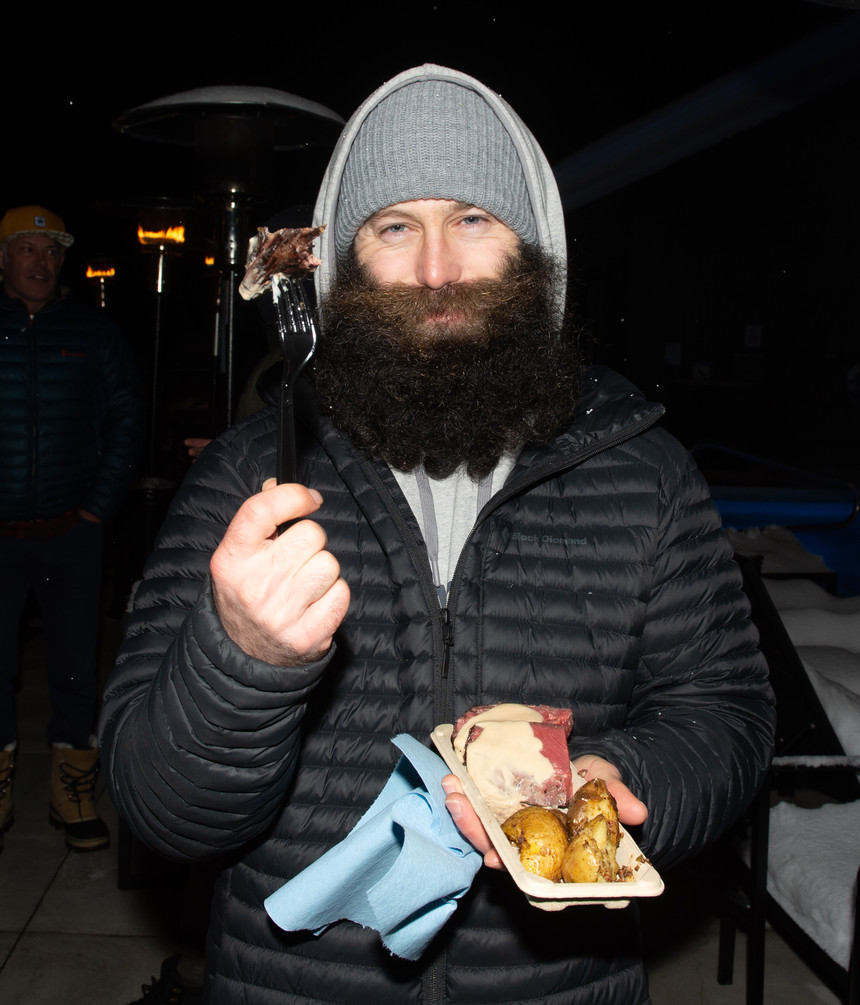 Surprise! Pro athletes love food. Putting your body to use, especially in the world of backcountry snowboarding, requires proper fuel, and Eric Jackson knows about that better than most. With a snowboarding career that has spanned the globe, his latest venture keeps it local – in the form of his new restaurant and beef jerky venture Carnal. Based in Bellingham, Washington, E-Jack brought his friends and partners at Carnal to Jackson for Natural Selection, cooking up a few days’ worth of delicious meals for the riders and crew on hand for the event. We caught up with him in between bites to hear a little more about what Carnal is all about.

TGR: E-Jack. Tell us a little about your career and where it’s taken you.

Eric Jackson: My name is Eric Jackson, I’m a pro snowboarder and I live in Bellingham, Washington. I feel like I’ve been doing this since I’ve been a little kid. I grew up in Mammoth Lakes, California and it’s just kind of second nature. My mom started taking me the hill, and that blossomed into me being obsessed with snowboarding. Eventually I got a couple of sponsors and that set me on my path for life pretty early on. I wouldn’t recommend this, but I dropped out of high school. Lucky for me, it worked out so far! Just as easily couldn’t have worked out. My brother is pro rider as well, and he’s my biggest role model. He’s four years older than me, old enough to where I watched him getting sponsors and realizing damn, that’s what I want to do. 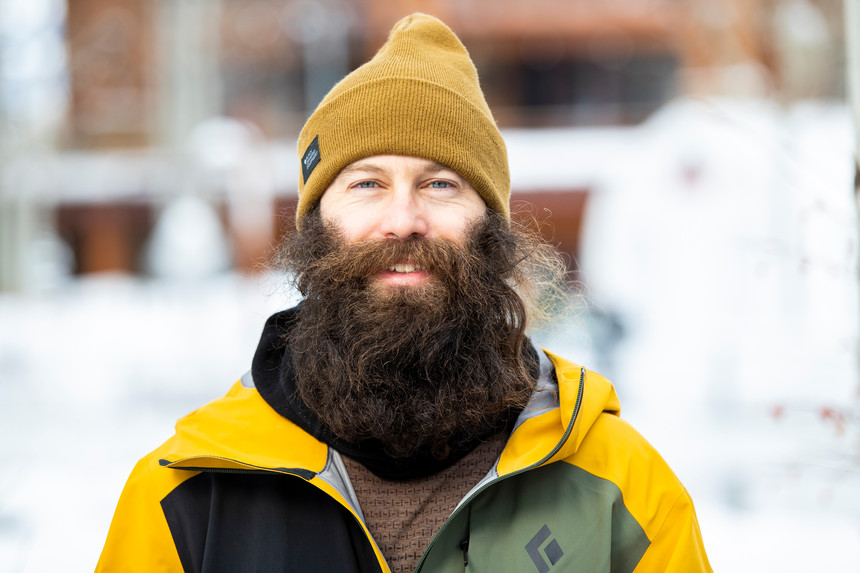 TGR: So how’d that end up with you at Natural Selection?

EJ: I guess my career started off with lots of park and pipe riding. I rode a lot of comps like the USASA Nationals, winning those a few years in a row. Being the young grom got me a few sponsors here and there. That turned into riding at the Vans Triple Crowns and the ASTs and the Grand Prix, even the US Open once. To be honest, I was never that into competing. I wasn’t actually that good. Luckily, I got a break with the Hatchett brothers, who got me into filming with Standard Films. I found powder, and realized that’s what I wanted to do for the rest of my life. It was so much more fun riding for myself and doing it without a judge watching me. My brother John and I filmed with Standard for many years and got to travel the world together riding. I had an injury period that kind of forced me to slow down for a while. I wasn’t sure what the future was holding for me, and ended up breaking away from Standard to film with People. That ended up getting me Video Part of the Year. Eventually I started producing my own movies, and I made a riding and fishing movie called Alignment that taught me a lot about patience and working things in a different way. Finally, that led me to working with guys like Travis Rice, and we got to go to Russia and Alaska for the Fourth Phase.

Natural Selection is Travis’s dream tour. He’s had some previous events that I’ve ridden in, like Baldface’s Supernatural event. He’s been putting it together for years and it's so cool to see it come together. There’s so much work that’s gone into this course. I’m excited for Travis, since it’s really his baby. I saw him this summer and asked him if he’s picked his line out and he just laughed. Of course he has. Really, I’m honored to be here. 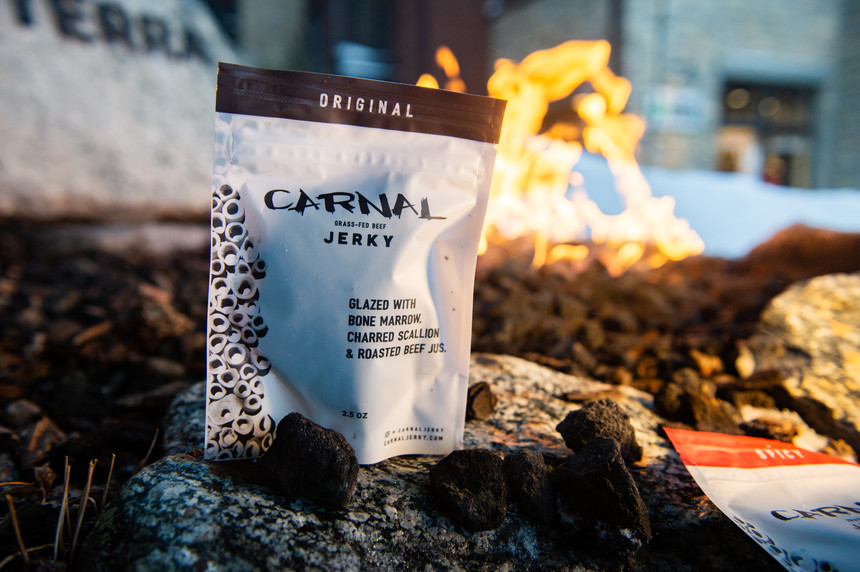 TGR: Let’s talk food. Carnal Jerky, tell us all about it.

EJ: It’s a very funny story how I got involved with a Beef Jerky company. My wife and I are kind of rock nerds, always looking for crystals and agates and stuff. So we were on a trip out to one of the islands in Washington looking for rocks, and we’re on the ferry. This guy comes and knocks on the window of my car and is like ‘are you Eric Jackson?’ I’m kind of thinking he’s a boarder and a stoked fan and he just goes off about this company he wants to start with meat snacks and a restaurant. He’s says, ‘let’s get a beer and talk about it.’ I didn’t take him seriously at first, but finally gave him a call and we got a beer. Turns out he’s really smart, that he’s been in the music industry, owned a music magazine, was a movie producer in Hollywood, and bought a space in Bellingham to turn into a state of the art restaurant. He got these three chefs from New York who have Michelin stars to come cook. The food is just incredible. The restaurant is called Carnal, and we’re making the beef jerky out of the restaurant.

TGR: What’s special about the jerky?

EJ: Really it’s all about the quality. It’s all grass-fed Washington beef, no nitrates or GMOs or any of that crap. And it’s just damn good jerky. It’s glazed in bone-marrow. There’s this system where they render the bone marrow from the short ribs they cook in the restaurant. They’re just wizards – they just really know their food. It makes me realize that I’m personally actually terrible at cooking. So for them, I’m the outdoorsman. I’m there to get it out to people who would never know about it, and I’m stoked to do it. The chefs were here at Natural Selection to cook for the crew and brought a ton of jerky for snacks for the athletes.

When we got started, it just took off, and I was in there with gloves and hair net [editor’s note: E-Jack has the biggest beard I’ve ever seen] helping to make the stuff and package it for the orders flooding in. So if you’re reading this, and your order isn’t there yet, bear with us! It’s coming, and it’s gonna be damn good.

I love the idea of bringing some of this with me when I ride because it’s not going to make me feel super heavy and slow me down. I’m out there moving either riding or fishing, and having a little pack to give me that extra boost is really the best outdoor snack. 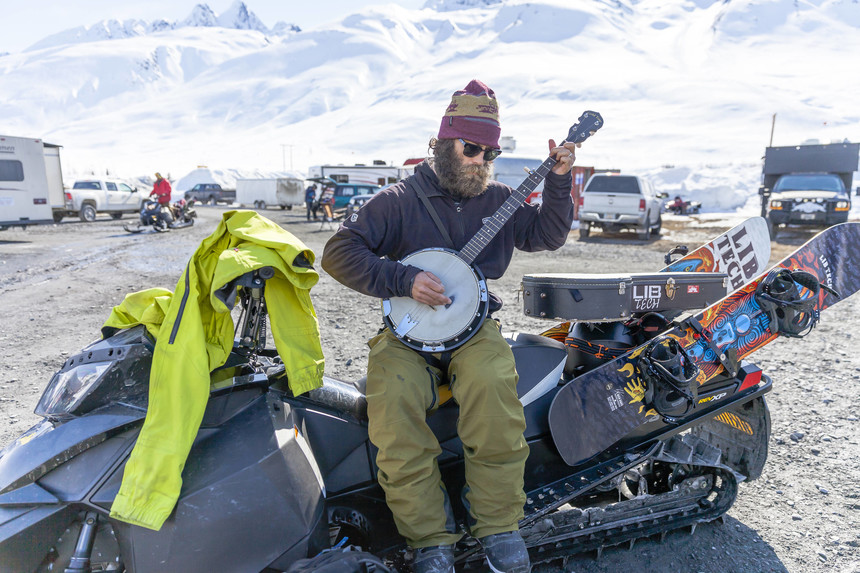 TGR: Do you have any other philosophies on food?

EJ: Well, I grew up in restaurant actually. My dad’s a chef. He’s from Louisiana, he’s super into Cajun food like crawfish etouffee, blackened catfish...throw a little gator in there, you know! So I’ve been pretty spoiled my whole life with amazing food, and I think it's pretty simply: you have to actually enjoy what you’re eating!

Lock in your Ikon Pass for Winter 21/22. | Ikon Pass photo. Joyous in its own right, tucking into the downhill on a pair of pointy sticks or a surfy slab of plastic and wood is only one awesome action that the mountains offer us. What gives these simple movements a deeper meaning are all of the moments, discoveries, and personal connections that we experience between each turn. In this way, first tracks become uniquely special because of the buildup and anticipation that end up swinging