announced a set of goals 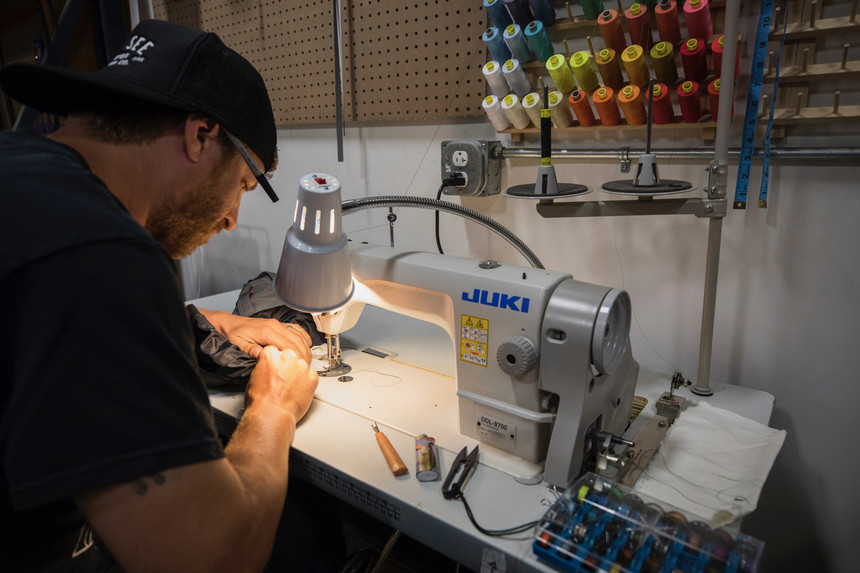 Burton announced it was committing to a series of practices aimed at turning its business sustainable. Photo: Courtesy of Jesse Dawson/Burton

On Thursday, Burton Snowboards announced a set of goals focused on sustainable products and practices that it will achieve by 2020.

Burton, founded by Jake Burton Carpenter in 1977 out of his Vermont barn, already gets high marks in environmental sustainability. Snowboards are made with bio-based resins and sustainably harvested FCS-certified wood as well as a high percentage of safe and sustainable materials in their garments.

“It’s cool to be working for Jake and Donna (Carpenter, CEO) because Burton is a privately held company. We’re able to do things like this, change the way we do business so aggressively because we don’t answer to shareholders over profits,” Ali Kenney told TGR on Friday. She heads up Burton’s Sustainability Team of five full-time staffers. 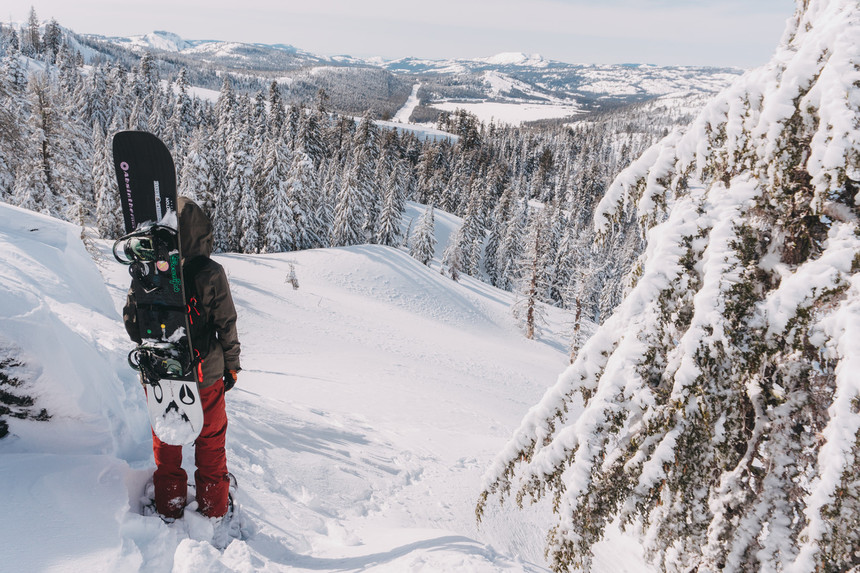 Burton is working to make sure the sports we all love will be around for the foreseeable future. Photo: Courtesy of Dean Blotto/Burton

And in the next two years, all of Burton’s soft goods will use 100 percent bluesign®-approved materials, a global organization that is moving toward more sustainable textiles. That means 100 percent sustainable cotton, 50 percent recycled polyester, and 100 percent PFC-free durable water repellency.

Using Life Cycle Assessment software, Burton will reduce the carbon emissions from its hardgood factories by 20 percent. At their global headquarters in Burlington, Vermont, 75 percent of the waste from will be diverted to keep from filling up landfills and the carbon footprint will be reduced by 20 percent. That’s no easy task in cold, snowy New England, but they have a 300-kilowatt solar array in the works.

“As snowboarders and people who love the mountains and winter, we take climate change personally,” said Donna Carpenter, CEO of Burton, “Now more than ever, it’s critical that we speak up and say climate change is real, and we can do something about it. At Burton, we make products so we can stay outside longer and enjoy the outdoors and the mountains. Unfortunately, that process has a cost to the environment, so it’s up to us to really minimize that impact. And that’s why we’ve set very aggressive goals for 2020.”

At its Burlington office, Burton's commitment to sustainability reaches the little things, like recycling bottles of brew. Photo: Courtesy of Jesse Dawson/Burton

Burton’s about to throw more of its weight into ecological battles as well, becoming the largest donor to Protect Our Winters, where Carpenter sits on the board. Burton is also partnering with Ceres BICEP Network, a coalition of iconic companies advocating for stronger climate and clean energy policies at the state and federal level.

All of this comes at a time of a hyper-polarized politics where according to the nonpartisan  Pew Research Center, a full 31 percent of Americans don’t believe that climate change has been caused by human activity. The President himself is a climate change denier, and earlier this year, pulled the US from the Paris Climate Accord, of which Barack Obama had a hand in orchestrating with every nation in the world aside from Nicaragua and Syria (as of November, the U.S. is now the only country not in the Paris Accord). Meanwhile, 61 US cities as well as California, Washington and New York have vowed to uphold the Paris accords.

“We’ve been working on sustainability for years. I’ve been to the White House several times. We believe that companies can have a huge impact on climate change or protecting the natural world. To some degree, I think people have lost faith in government. They feel that only money talks, that government only cares about dollars. But when we all come together and show that climate change is bad for business, sadly enough, that’s what resonates,” added Kenney. 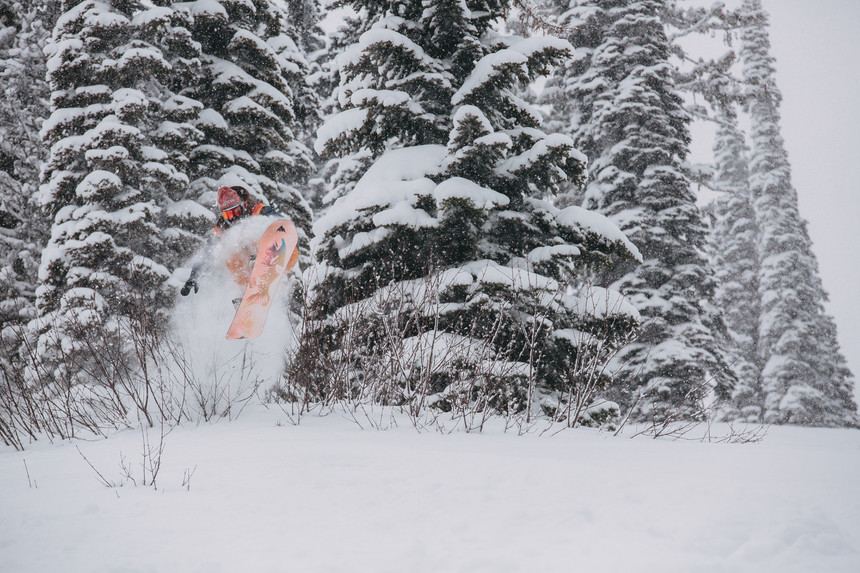 The less waste we create, the more powder we will all be able to enjoy in the future. Photo: Courtesy of Jesse Dawson/Burton

It also comes at a time when brands in the outdoor retail space are pushing environmental defense in the face of this administration. Currently, Patagonia–the 44-year-old California-based outdoor apparel brand– is suing the President for his decision to rescind federal protections from 2 million acres of National Monuments land at the Bears Ears and Grand Staircase-Escalante National Monuments. Patagonia responded to President Trump's decision by changing the homepage of the company's website to read “The President Stole Your Land.”

The move has been visible far beyond environmental fringes and backpackers, getting national media coverage. Kenney gives Patagonia, also a partner of POW, a nod of respect for all it has done.

“Progressive customers are looking to business to speak out. If you just sit back at this point, you’re kind of going to the other side,” Kenney added.

While it’s only in the transition phase, being more ecologically and socially responsible makes doing business more expensive. But in an age where the federal government is cutting back environmental standards, outdoor retail companies are actually creating higher standards for themselves. It’s a sign that active consumers are willing to pay a bit more for products that they see being made with a conscious. 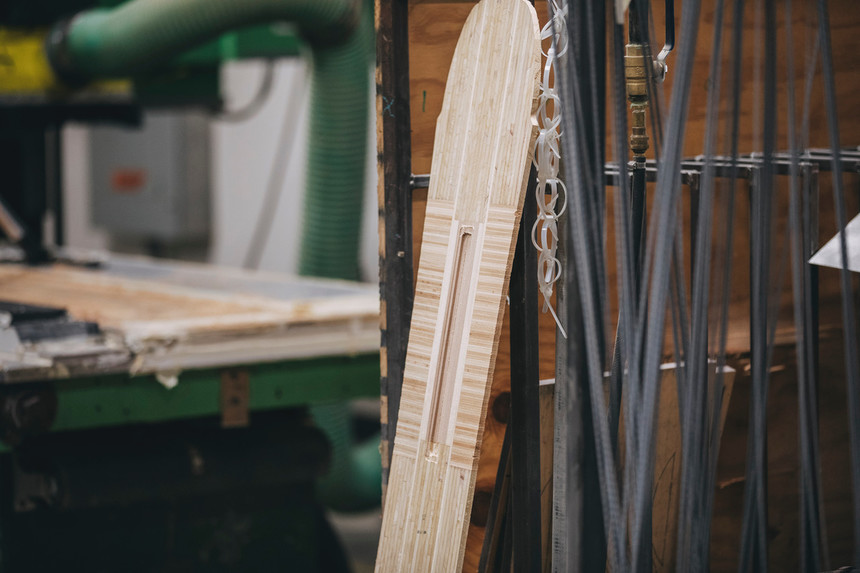 All of the wood Burton uses is responsibly forested. Photo: Courtesy of Jenna Dawson/Burton

“First of all, it’s the right thing to do,” says Kenney. “To not address the changing climate is irresponsible. We’re figuring out how we make sustainable goods and pass on the least amount of cost to the customer. That’s why we’re going to take two or three years. We might lose a few customers who only care about price point, and that’s okay. But we want to be a leader in what we do. If we lose customers, we’ll gain a few because people trust our company and that’s increasingly important to young people.”