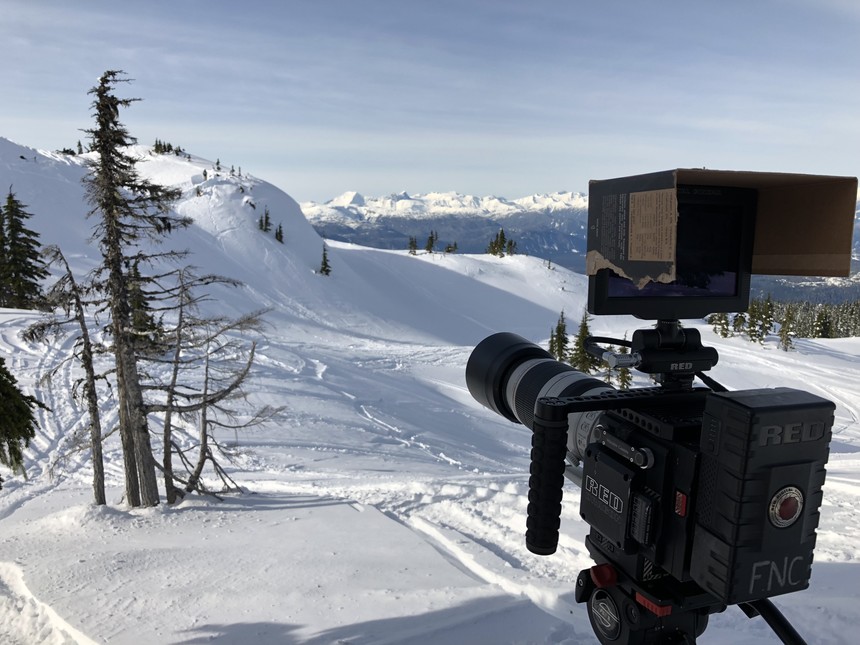 Sometimes, when you're in the middle of nowhere, you need to improvise with your equipment, like using a torn up cardboard box for a camera hood. Fred Norquist photo.

For TGR's upcoming 2017-2018 snow film Far Out–presented by REI–we explored a simple idea, skiing and shooting in locations in places where few–if any–had ever filmed before.

That goal took us out to Terrace, in the northern expanses of British Columbia, to shoot mountains that we had essentially zero intel on. The trip doubled as an exploratory conquest as much as it was a filming mission, and by the end of it all, we'd put together a rowdy segment and scouted a zone where we've never been before.

We caught up with cinematographers Justin Fann and Fred Norquist to talk about what it was like rolling out into the unknown up in Canada and coming away with a film part.

So how long were you guys up in Terrace for?

Justin Fann: We were up there for about a month, from late February through most of March, and we were shooting with Tim Durtschi, Colter Hinchcliffe and Parkin Costain.

What was it like going into a shoot without much intel on the location? Is that daunting?

JF: Not really, I mean the mission of the trip was to try to kind of explore a new zone. We had a little bit of info on the place, but we went into it pretty blind. For lack of a better term, we went pretty far out there, but we knew what we were getting ourselves into. 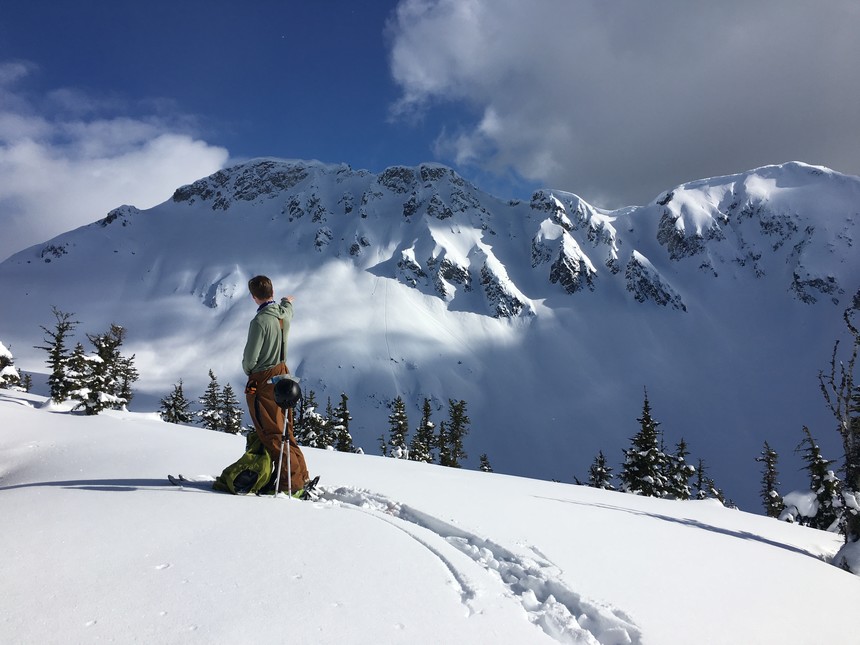 Just getting up to terrace was like a 28-hour drive from Wyoming, and by the time we got there, some of the crew was already up there, so it was just go time from the start. We were saying "Alright, what're the zones?" We looking at Google Earth, trying to find our dream lines, and once we found the zone it was like, "Well, how exactly do we get there?"

With Terrace and a lot of B.C. trips it's a lot of sledding up old logging roads that serve a purpose in the summer but are pretty heinous and abandoned in the winter. And a lot of the time you'd be going 20-30 miles deep on the sled before you got to the area you had marked on Google Earth. Then it was just scouting that location to even see if it would go.

Fred Norquist: I think especially in the beginning of the trip, the essence was exploration. We didn’t really know what the zones were like and what the good zones were, and it’s not like you’re in Whistler where people have shot ski movies all over that place, so we didn't really know where to go.

RELATED: Check out the Black Diamond gear that kept our team warm during long sled missions

We had some local sources who Colter talked to on social media, and tried to hunt some local knowledge. But just going to a new zone every day, trying to figure out what the terrain was like and where a productive spot would be to shoot meant long days on the sled and sledding out in the dark. 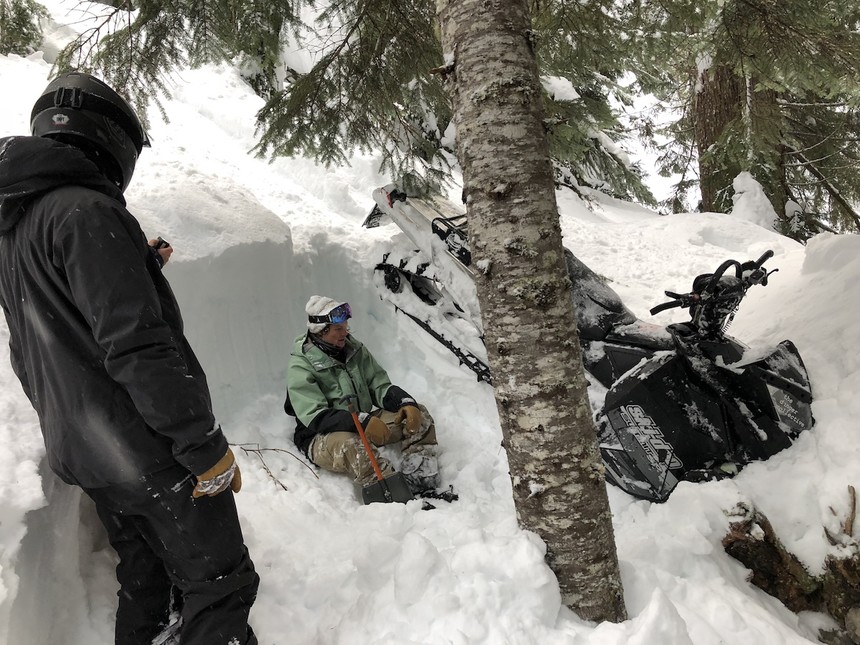 Tim Durtschi and his snow pony in a less than ideal situation. Fred Norquist photo.

JF: It was probably at least a few hundred miles worth of sled days for sure, which comes with its challenges. Machines are destined to break, some of these zones aren’t traveled very often and given that we hadn't tracked these places there was a lot of sleds breaking down. Adding sleds to the filming mixture just adds another layer of complication to everything sometimes.

The worst thought was getting up a trail realizing it doesn’t go through, and having to turn around.

How physically demanding was it spending long days hiking and sledding with a 60-pound camera bag on you?

JF: The days where we were sledding and then touring out were definitely tiring. There are super challenging days and it's exhausting for sure, but the athletes were always trying to set a pace the film crew could keep up with which was nice.

FN: Physically it was a beatdown–we were super tired. There were a couple nights I'd pass out still in my Gore-Tex after dumping media from the day's shoot.

How do you stay mentally upbeat when you're logging all those long days?

FN: As far as staying mentally upbeat, it wasn't that hard. The trip itself was pretty fun since we were exploring a lot of unknown places. It helps a lot when you have a new exploration each day, and you don't exactly know what will happen. You find motivation in the unknown aspect. 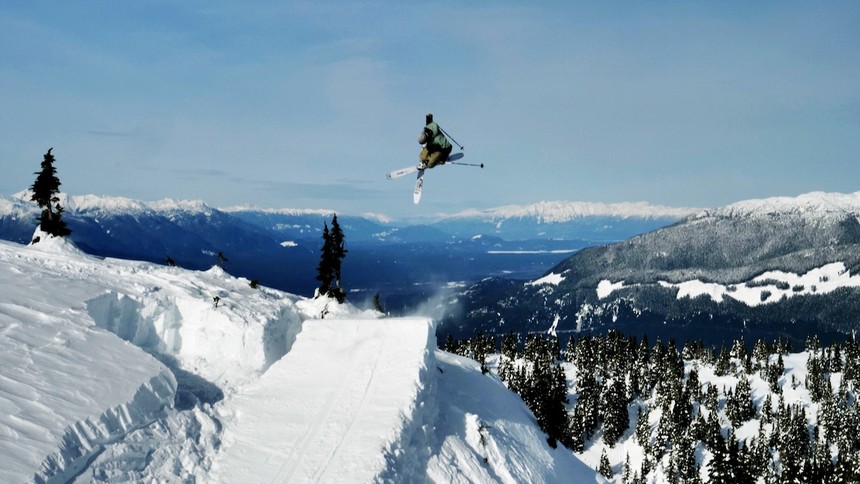 JF: Some of that anticipation when you sled to a spot, and you're seeing in the distance what you're headed towards–that's what keeps you going. You know the light's good, you're looking at this insane terrain and it just keeps pushing you to grind for it.

Plus, at the end of the day, you have a job to do. You just have to have that drive to get interesting footage, and see things in a new manner.

Speaking of terrain, what kind of terrain did you guys come across out there?

JF: We shot a bit of everything: Long pillow lines; we built a jump or two; shot some stuff in the old growth forest.

FN: This one day we rode our sleds to this pillow zone we had been filming in, skinned up and around the backside of it and found this epic zone each of the boys got a couple of lines on. It was this little bowl all stacked with these epic pillows, and the athletes were just fired up to find these pillow zones we had been trying to find for five or six days.

JF: By the end of the trip we pushed past that zone we were working and went to a zone we had to tour. Once we got up and over this relatively small ridge just past that pillow zone, we discovered a huge plethora of lines and things to hit, all of them foot-powered. 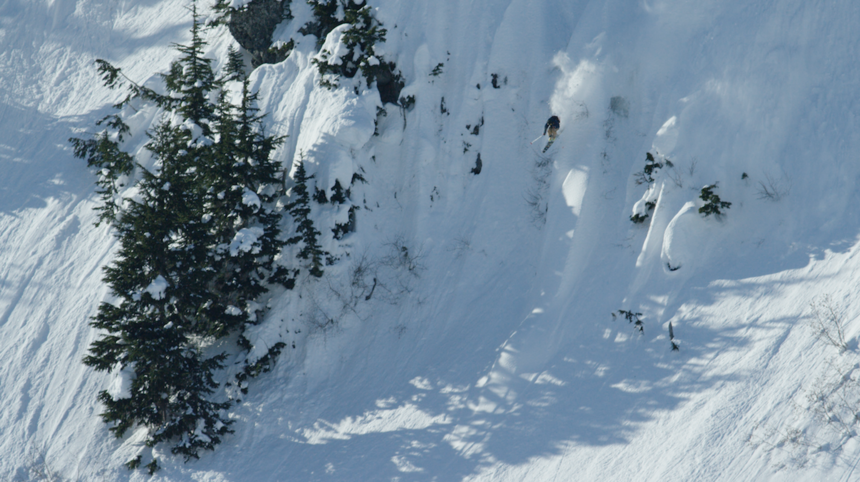 The camera crew toured up an opposing ridge, and seeing it through the lens we realized like, "Holy shit, these are the high alpine lines we were looking for the whole trip."

That zone was invigorating to show up to. We'd hit the trees and the jumps and the pillow lines and low angle pow and we were finally getting into high alpine lines for the first time. That was like the last week of the trip and was sort of great way to cap the trip off. We had beat ourselves up, so to finally get some bigger lines under our belt and see them skied to the best of their ability was amazing.

Were there any real standout moments or lines from filming?

JF: There wasn't one particular line that stood out but that high alpine zone we got to, was a definite highlight of the trip.

FN: Yeah, I think there were a couple "Oh, shit" moments. The one that stands out to me is, one day, we built a pretty big kinda hip jump on this ridge that was overlooking the valley and the boys hit it. 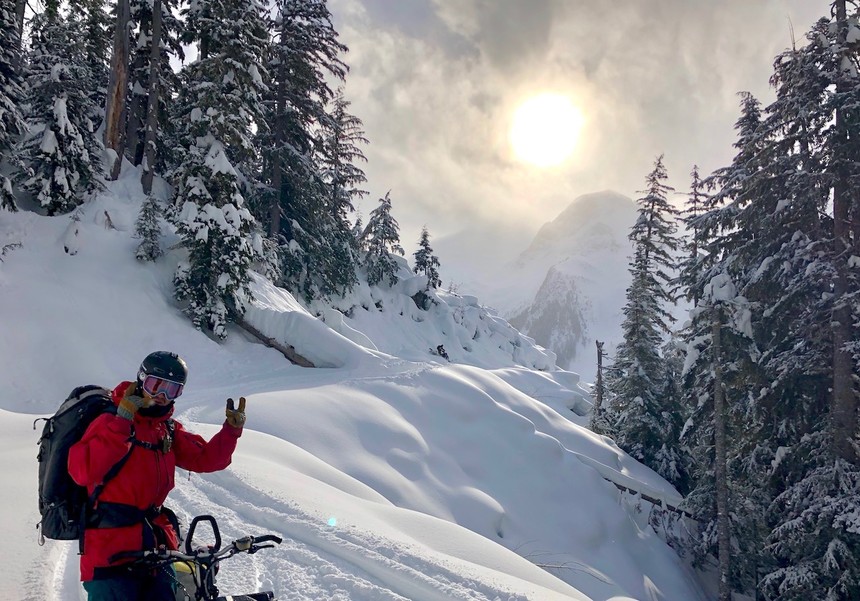 While the crew was posting long days on the shoot, Norquist says the exploratory nature of the shoot kept everyone upbeat. Fred Norquist photo.

After it had went few times, we were filming and Parkin goes up–and we don't know what he's gonna do––but I just remember him going into it so fast and sending this textbook double backflip, landing way at the bottom of the hit and absolutely stomping it. That was A+ for sure.

View All
Sign in to comment
tags: tgr news |terrace |rei |far out |black diamond |behind the lens