No bindings, no problem: Johan drops in. Justin Cash photo.

Swedish snowboarder Johan Olofsson stays ahead of the curve. Way ahead. He moves on to the next latest thing about a decade before the rest of us catch on. In the '90s, he was dropping huge heli-accessed lines in Alaska. In the 2000s, he was splitboarding all over the world. Now as board designer for Venture Snowboards in Silverton, Olofsson is one of the biggest advocates for powsurfing.

Can you talk about how you got into big mountain snowboarding and how you approached lines as you were coming up?

Growing up just riding a lot. I think we just rode whatever for four or five years before pipes and comps were around. I guess big mountain riding has always been snowboarding to me. Riding lines and mountains has always been about pushing it close to the edge, but while making sure you can still do it again tomorrow.

How has your approach changed from linrd to throwing tricks off natural airs to what you are doing now?

Would you ride this switch without bindings? Justin Cash photo.

Well, now I’m mostly powsurfing without bindings these days, and the latest trick i've been working on is switching stance in the middle of a run.

How did heli/sled-powered big mountain riding transition into splitboarding for you?

I still use the sled, not so often helis anymore. But the sled is great to clear some distances. If the crew is right, the heli is a blast. It can also be very frustrating if the pace is too slow.

Splitboarding is a real social way to get up. It's less wear on the body compared to snowshoes. I'm stoked to have my noboard split set-up now with new tweaks to it–it works great.

What kind of riding are you doing now, and where are you hoping to ride this year?

Powsurfing. And I'd like to go back to Japan.

Can you talk about pow surfing and what specifically you love about riding bindingless? How does it affect your line choices?

Getting ready for a cliff drop, unattached. Justin Cash photo.

It’s the feel. You're maneuvering the board with just slightly more pressure on the toes. I love the excitement of being loose.

Let’s say you have a sweet run ahead of you and there is a passage you have to clear in the beginning of it. With binders, no problem, but now it’s freaking exciting to make sure you get those turns just right.

Let’s say you have a sweet run ahead of you and there is a passage you have to clear in the beginning of it. With binders, no problem, but now it’s freaking exciting to make sure you get those turns just right.

And just in general, pow without bindings is way nice.

Where do you think that movement is going? 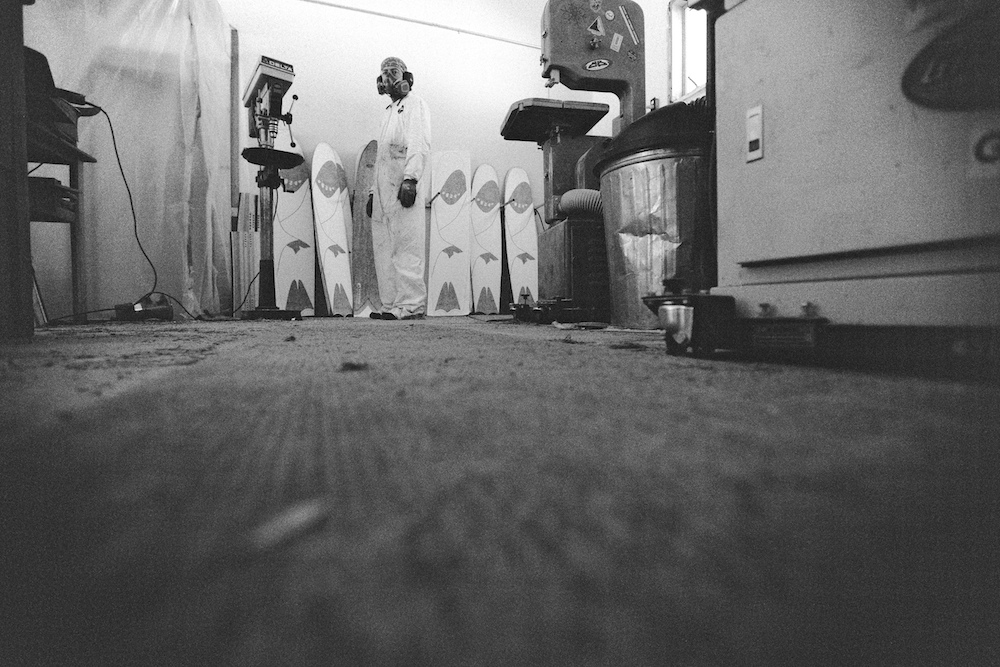 It's hard to say. It could be the next shit. But it’s never going to compete with the kind of charging you can do with binders. It’s hard to say where it’s going, but look at skating: it's such out of control tech, and surfing is getting crazy tech as well.

So for powsurfing, who knows? I guess the sky's the limit.

Can you explain your role at Venture, and how you and Klems collaborate to design boards? 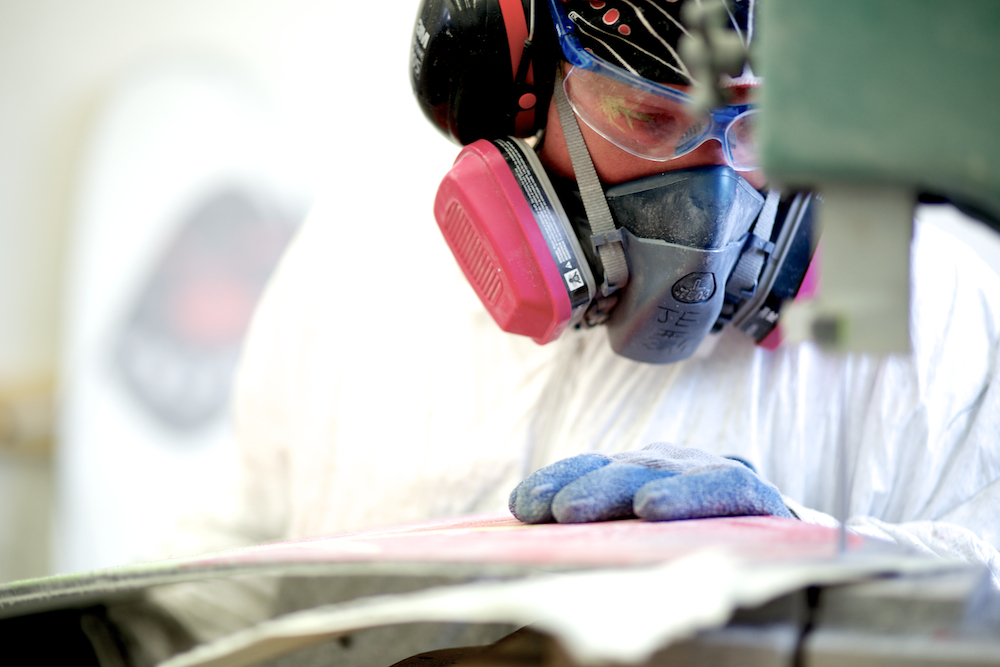 I would say I'm a product tester and designer. Klem builds them, but we talk through ideas and some shapes actually comes out in reality.

Can you talk about your relationship with Jeremy Jones and your involvement with TGR films?

Me and Jeremy were tagging mountains for lots of years doing some serious heli time. That was amazing–we had it all.

What are some of the riders that pushed you, or people you like riding and for what reason?

Jeremy was an inspiration and we pushed and understood each other well in the mountains, without a doubt some good times right there. People I looked up to growing up were Craig Kelly, Terje Haakenson, Jeff Brushie, Noah Salasnek, and Roan Rodgers had a huge impact with their new freestyle era.

Then who I like riding with now would be hard to say. I've ridden with so many people, some of them for a couple of days or some for just two or three runs in a resort. The main thing for me is that you can tell when people love what they are doing, and that’s what matters.

Can you share your thoughts about snowboarding the backcountry?

I´m sure I work better as a person surrounded by nature. Every day in the backcountry is a new day. You never know what's going to happen. I guess that’s the everlasting thrill.

From The Column: Backcountry Legends