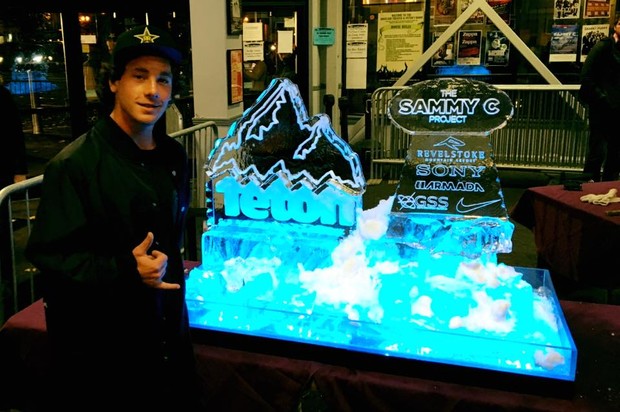 After two years of hard work on the slopes and in the editing bay, Teton Gravity Research and Sammy Carlson finally brought The Sammy C Project to the big screen at the world premiere in Portland on Friday. With a line to buy tickets around the corner still when the “sold out” sign went up, the Roseland Theater was packed to capacity and the vibe was absolutely electric. 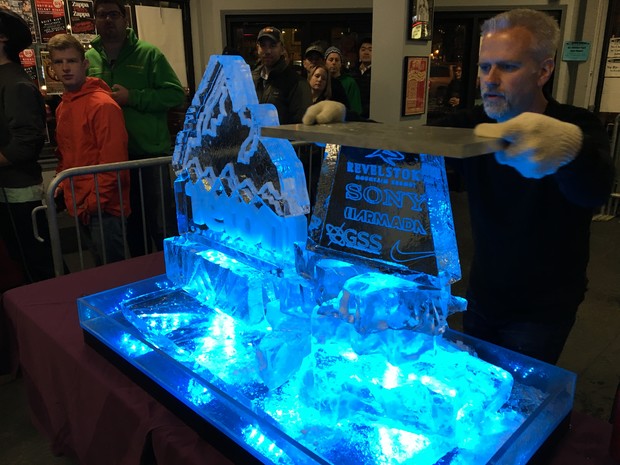 After checking out an ice carving demonstration from PDX Ice in the lobby, adults and groms alike came upstairs into the theatre to get posters signed from Ian McIntosh, Tim Humphreys and of course Sammy Carlson. A ton of prize giveaways, including a pair of Armada skis, Sony Action Cams, gift cards from evo and more got the crowd even more stoked, and when the lights went down and the movie came on, it got even louder. 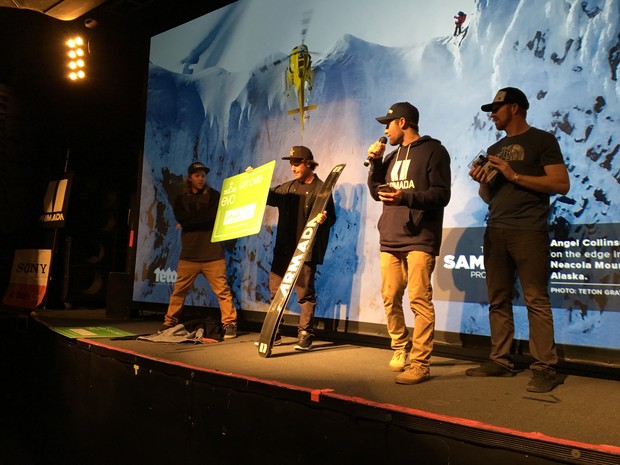 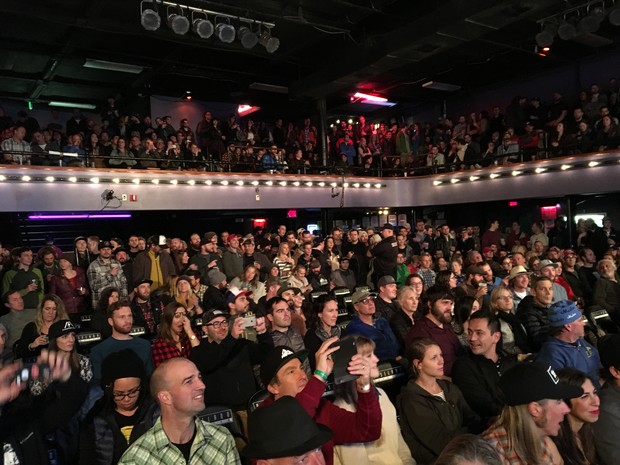 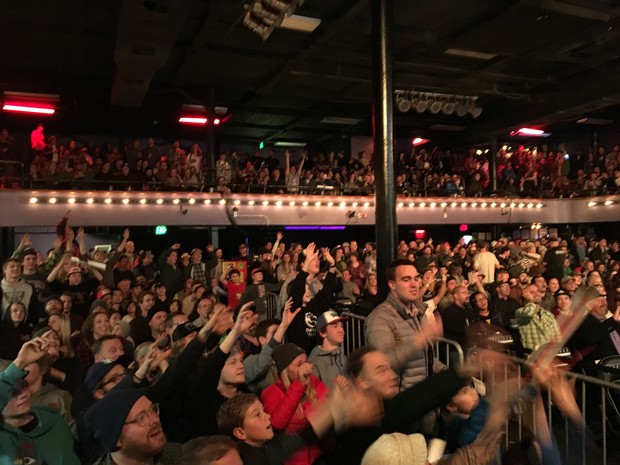 While the venue was buzzing throughout the film, it got deafening when a Mt Hood segment came on as the audience cheered their local zone on big screen. 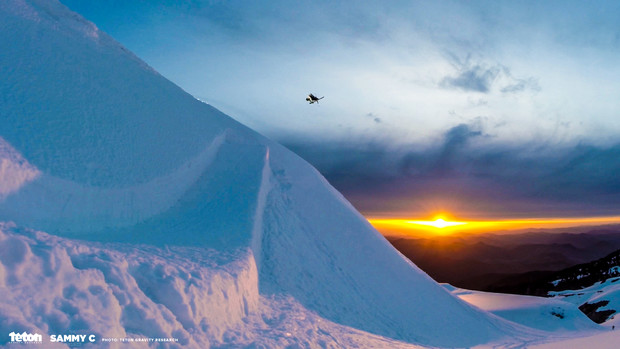 Thankfully everyone’s eardrums recovered in time to head to the after party featuring Kya Bamba, where the celebration continued in true world premiere style.

Thanks for coming out Portland – the Sammy C Project tour is now underway, with stops coming up in Boulder, Bend, Seattle, San Francisco, Denver, and many, many more locations. For tickets and a list of tour stops, head to www.tetongravity.com/tours (more shows are being added daily).

Huge thanks to the sponsors who made this film possible - Sony Action Cam, Armada, Revelstoke Mountain Resort, Nike, Rockstar, Oakley and GSS, as well as our local partners for the world premiere at Mt Hood Meadows, evo and The Mountain Shop.