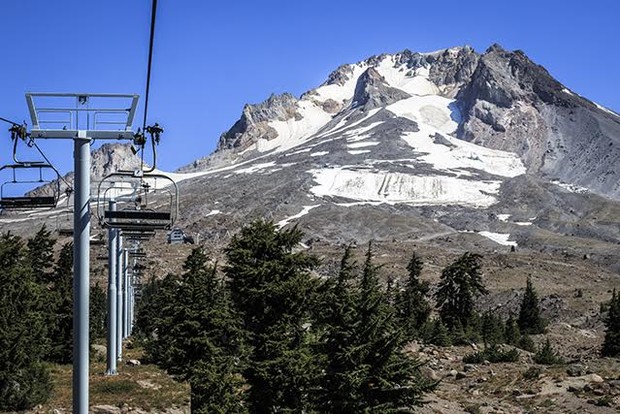 Timberline Lodge announces that the final day of public skiing on the Palmer Snowfield for the 2015 summer season will be on August 2nd. The resort receives well over 400 inches of snow during an average season, however this past season only measured a total of 297 inches.

RELATED: Stories of Skiing the U.S. in Early Summer 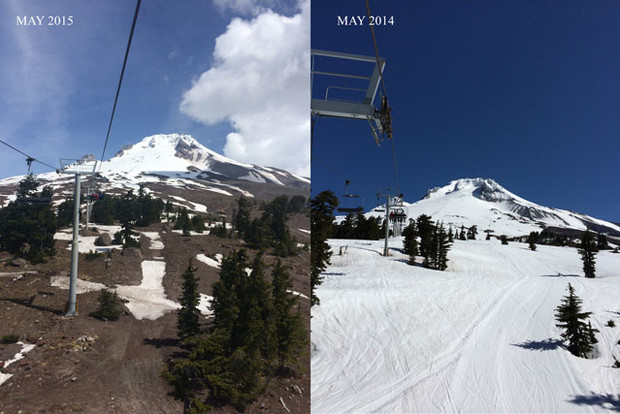 The difference in snowpack between May 2015 and May 2014 taken from the Magic Mile chairlift. Erica Aarons photo.

The resort hosts the longest season in North America, and typically stays open until Labor Day. This is the first time they have had to cut the season short in 10 years (August 18th closing day in 2005). In the Timberline Lodge press release operator Jeff Kohnstamm stated, “It is remarkable that we have been able to provide such a great product as long as we did this summer, considering the low snow year and hot summer temperatures we’ve been experiencing.”