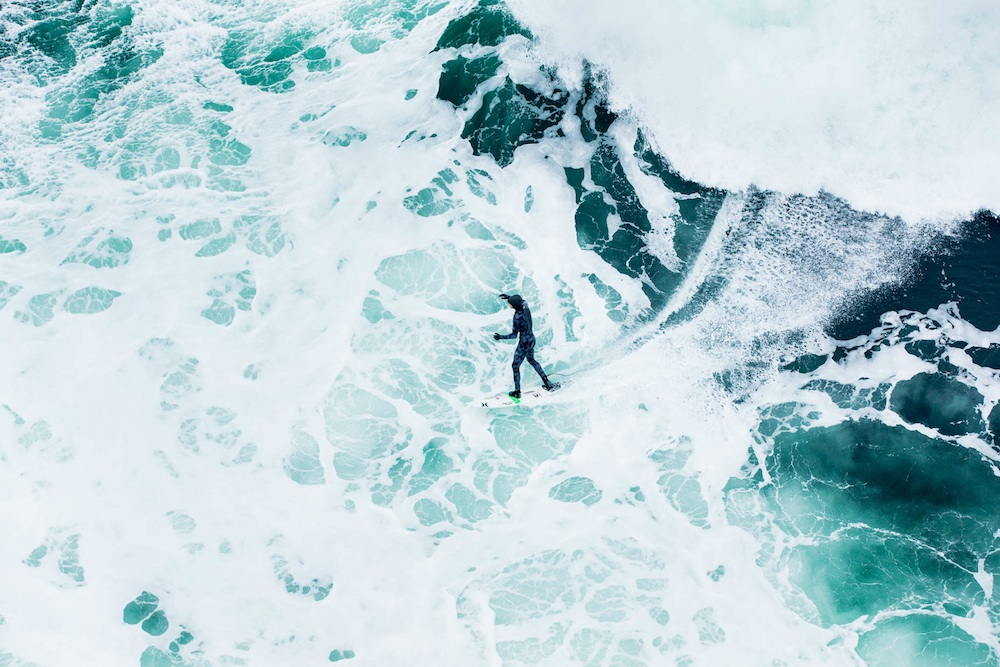 Canadian photographer Jeremy Koreski documents the cold water surf culture of the British Columbia coast, as well as its wildlife. This August, in collaboration with the carbon-neutral press, Hemlock Printers, Koreski will release his first book, This is Nowhere. The Tofino native's first effort will combine shots of British Columbia's surf scene and its famously rugged coastline. We caught up with him between shooting fly fishing assignments in Northern BC and asked about his current and upcoming projects.

How did you first start shooting photos?

My dad gave me a Canon AE1 when I was a kid and I started taking it to the skatepark and on snowboard and surf trips. Over time, I started enjoying the photography just as much or even more than the sports I was capturing. 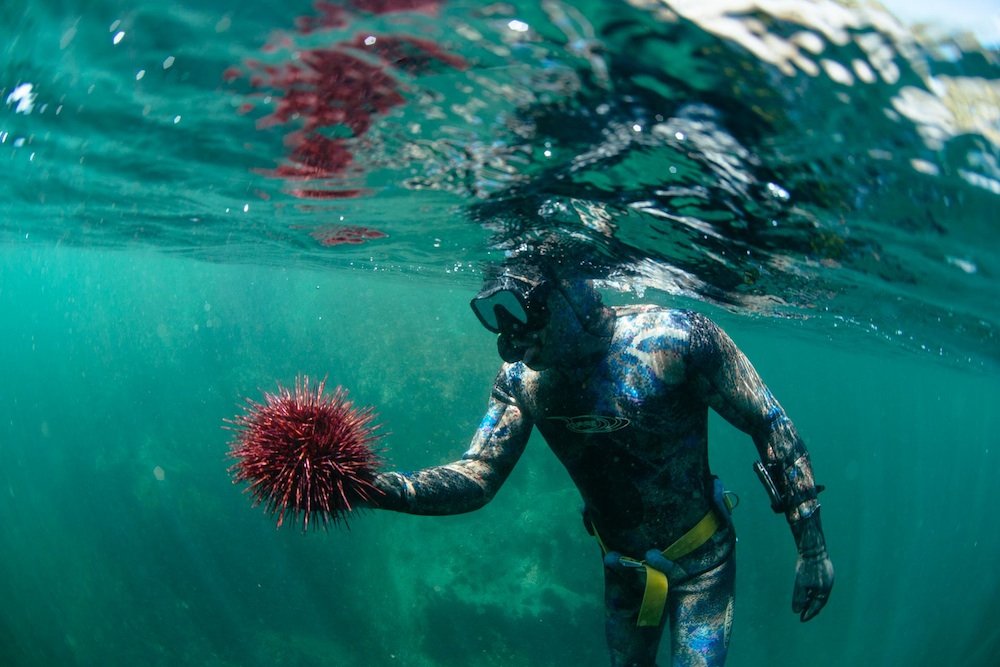 It's always been fun and still is. When I was starting out, I worked as a whale watching guide in Tofino. Driving folks around in boats during the summer months so that I could take the winters off to focus on photography. After a few years I started picking up more and more photography work and eventually left whale watching to shoot full-time.

I've just finished a Kickstarter for a book called This is Nowhere. It will be printing in August. It's my first book and I am really excited about creating something tangible.

Along with the book I've got a few assignments coming up, I'm just back from a horse ranch where I was shooting, and then I am off on two back-to-back fly fishing trips in Northern BC. 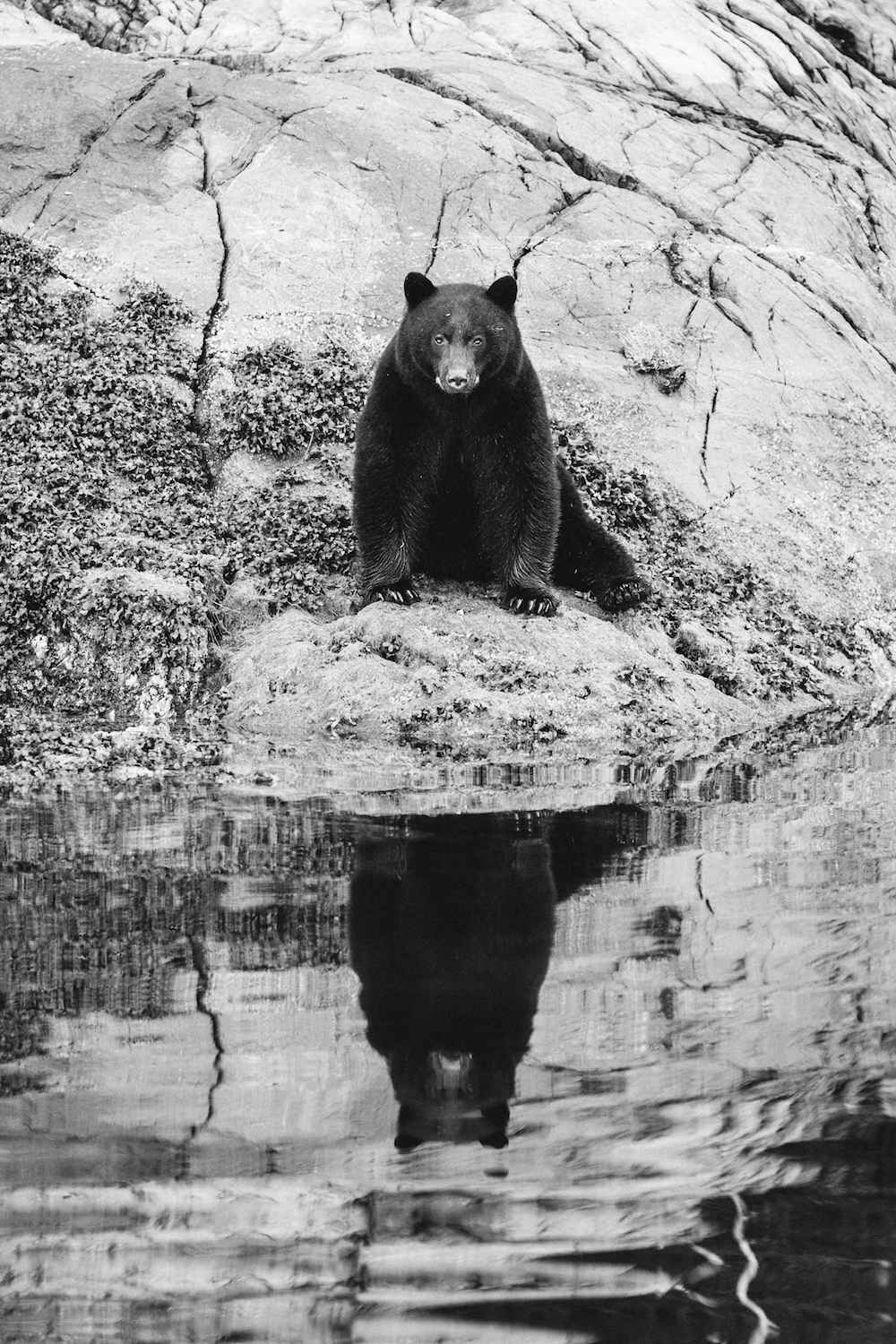 Sitting bear, excerpt from This is Nowhere. Jeremy Koreski photo. 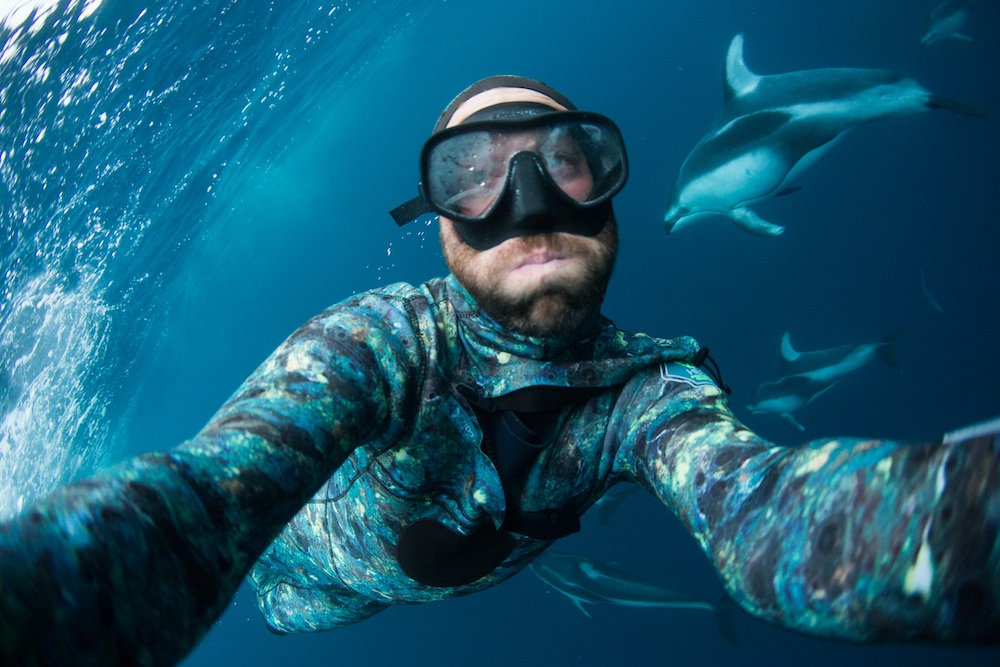 Can you talk about shooting in BC and how that's part of what inspires you?

BC is one of my favourite places to shoot photos anywhere in the world. From the nature, to the waves to the geography. I think what keeps me the most inspired is always exploring new areas, even the ones in my back yard of Clayoquot Sound. 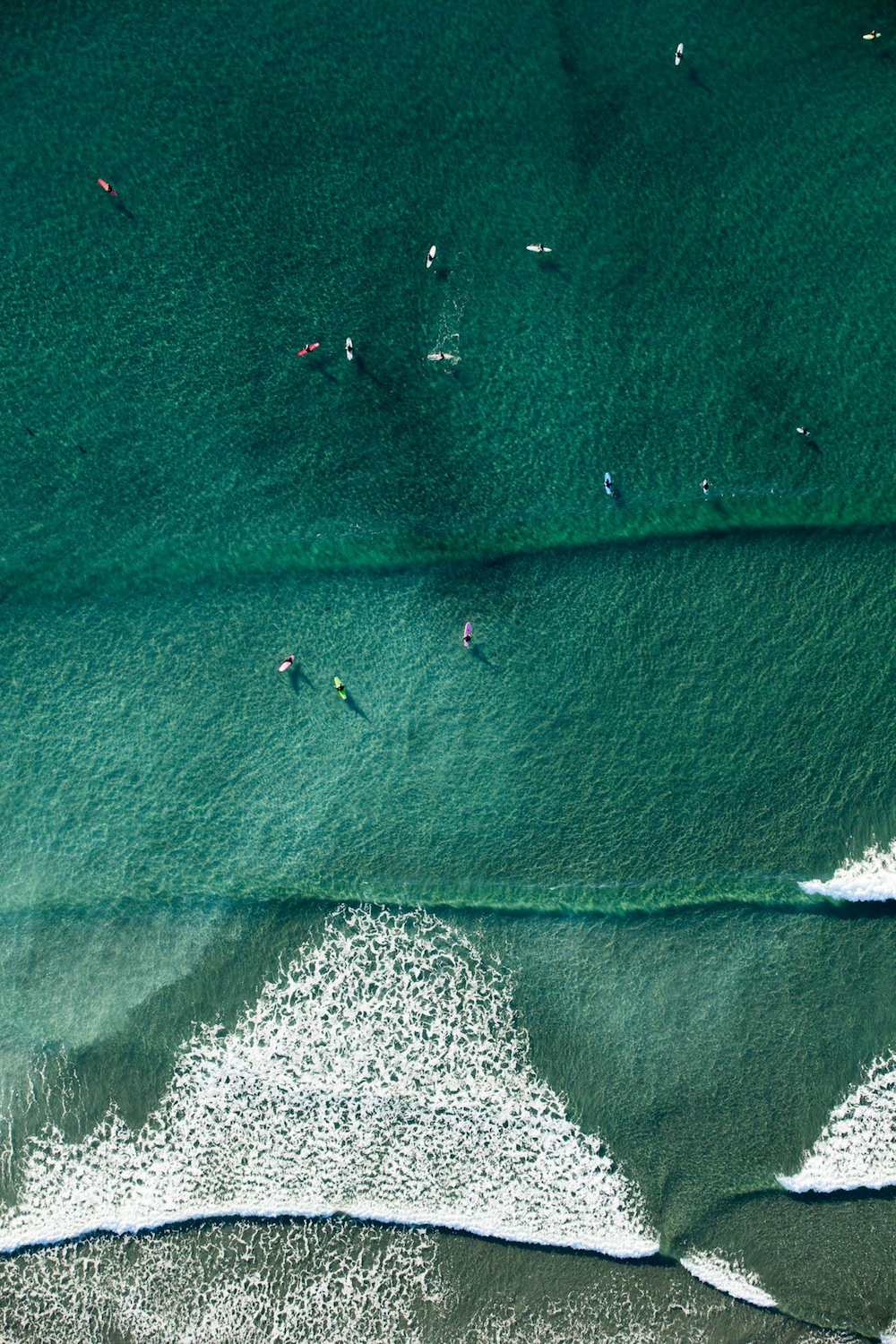 What are two or three of your most memorable shoots? Can you walk us through one of them and why it was pivotal for you?

One of the most memorable surf trips / shoots I've been on was a trip with five friends to Morocco. We didn't have a guide, and just kind of winged it. It was one of the most intense cultures I've ever been to, and the waves were pumping for three weeks straight.

Another was a trip to Idaho to photograph Tenkara fly fishing with Yvon Chouinard, [founder] of Patagonia. He's a very inspiring person and I feel lucky to have spent some time with him. 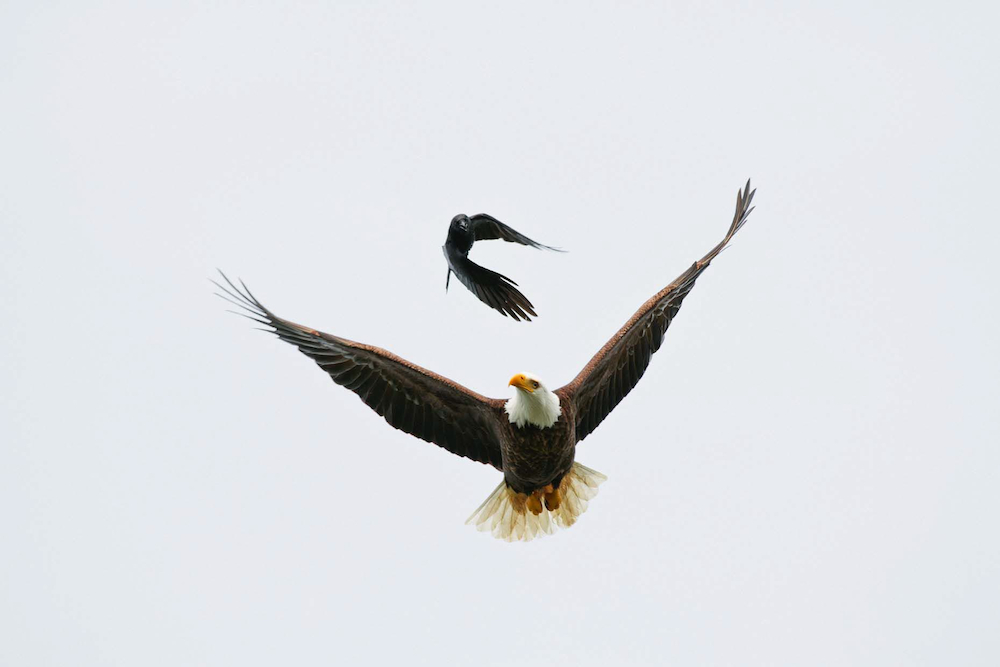 Bald eagle in flight, excerpt from This is Nowhere. Jeremy Koreski photo.

Can you talk about your upcoming book, This is Nowhere, and what your goals are with it?

This is Nowhere will be printed in August after a successful month-long Kickstarter campaign. We are printing at Hemlock Printers in Burnaby, BC, rather than overseas. We are excited to be apart of the printing process. I hope that the book will start conversation about pristine areas having worth beyond the resources that are extracted from them.

I am hoping to doing a few books signings over the next few months, but mostly in BC. 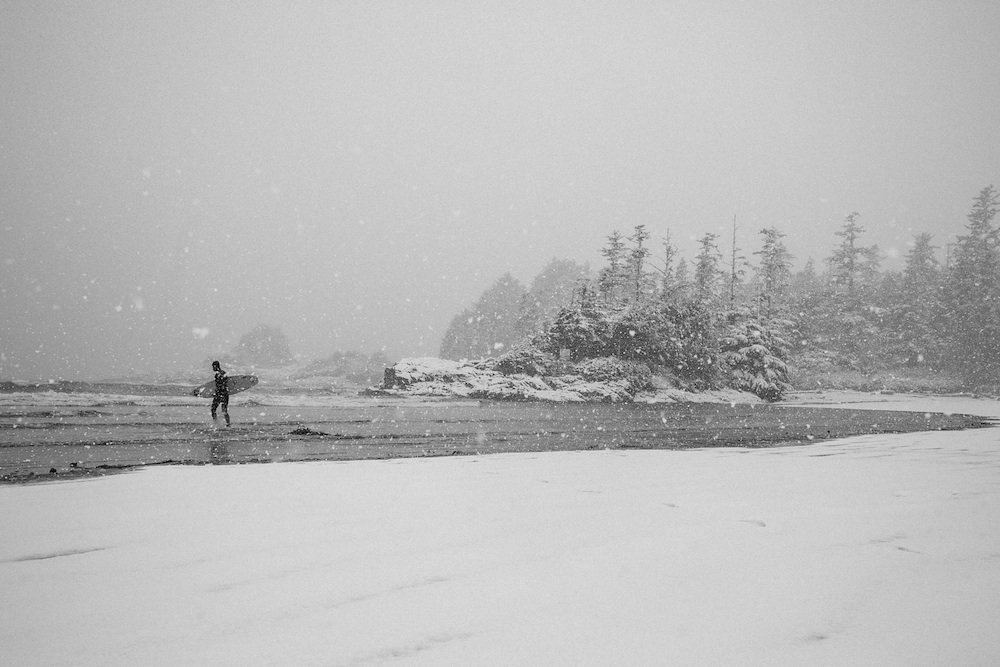 Surfing the BC coast in a snowstorm, excerpt from This is Nowhere. Jeremy Koreski photo.

What else do you have on deck for projects?

I've always got projects on deck and even 3 to 6 months out. Working on a couple of trips for Patagonia that will hopefully come together later this year. 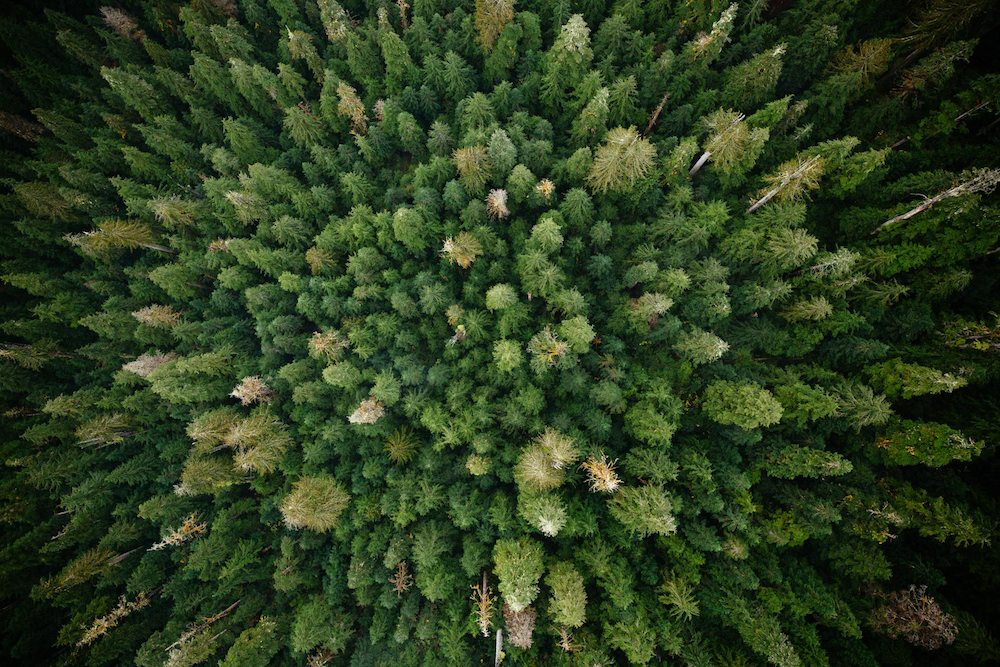 For more information about Jeremy Koreski's worldwide surfing and flyfishing adventures, visit JeremyKoreski.com. Information about This is Nowhere is available on Kickstarter.

Storied big wave surfer, Marcio Freire, 47, reportedly died yesterday afternoon after losing consciousness during a wipe out at Nazaré. Freire has been on the big wave scene for decades and is considered one of the pioneers of surfing Jaws, one of Hawai’i’s most formidable big wave spots. Portuguese news outlets are reporting that after spending much of the day paddling into waves under his own power, Freire began towing into waves as the swell picked up. According to he elected not to use an

Morgan McGlashon Goes Further into the Guiding World for NEXUS

Morgan McGlashon Goes Further into the Guiding World for NEXUS

To put it lightly, Morgan McGlashon’s days are busy. The 27 year old Exum Mountain Guide spends her summers guiding groups up and down the Grand Teton, something that most folks would deem to be a once in a lifetime experience. In the winter, she continues to work for Exum as a mountain guide, avalanche instructor, supporting marketing coordinator and more. Her ski mountaineering, climbing treks through high alpine and human powered adventures have taken her all around the world. At just 18