Editor's Note: This is the first installation in TGR's new series "Through the Gnar," which documents the true stories of action sport heroes who have faced incredible life challenges and demonstrated the grit to stick with something despite overwhelming odds. This story was originally published in January of 2018.

The collective attention being paid to the skiing and snowboarding worlds right now is at a fever pitch.

With the X Games taking place this weekend and the 2018 Winter Olympics just around the corner, more casual fans will be paying attention to the snow sports industry then at any point in the past four years. And that's what makes what Torin Yater-Wallace did two weeks ago so compelling.

Yater-Wallace–unquestionably one of the best freestyle competition skiers on the planet–came together with filmmaker, street skiing extraordinaire and TGR collaborator Clayton Vila to release  Back to Life, a warts-and-all look at the incredible hardships Yater-Wallace has had to endure in his 22 years on Earth.

The film chronicles the traumas that Yater-Wallace has overcome–his freak, near-death experience two years ago, his mother's cancer diagnosis–in never-before-told detail, and does so at a time when the amount of eyeballs and pressure on Yater-Wallace is at an all-time high.

It's a striking documentary and a brave move for an athlete barely old enough to legally buy beer. Recently, TGR caught up with Yater-Wallace and Vila to talk about the emotional process of creating the film, how their relationship grew through filming, and what Yater-Wallace wants to accomplish beyond the Olympics. 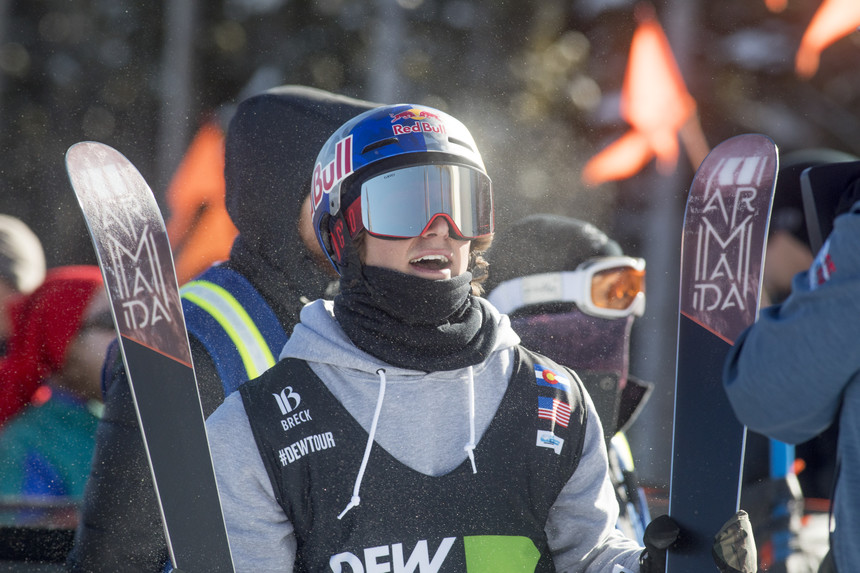 TGR: Torin, why did you choose now to tell your story?

TYW: In past years I’ve always been pretty closed off; that's just the person that I am. Honestly, the sole reason comes back to a conversation I had with Clayton years ago in France.

We were at an invitational contest, sitting down having a beer and just shooting the shit. We'd known each other for a while but were never super close, and I had just gotten over my illness and he was intrigued to hear about it all. So I just kinda explained it all to him. I had always wanted to tell my story to a much bigger audience in a film as opposed to having it come out in interviews.

That said, for me, sports documentaries tend to follow a general recipe that's pretty cut-and-dry, and I always wanted it to be told the right way. And with Clayton being an amazing director and storyteller and obviously a great skier, I knew he would protect my story and tell it how I wanted it told. From there it all took off, but like I said, it all comes back to one conversation in France.

TGR: How has making this film affected your guys' relationship? How close were you prior to this?

CV: The best way to put it is we certainly weren't more than acquaintances, but in the ski industry that comes with more, because you have so much in common. When you respect someone's skiing you feel like you know them better. Ultimately, though, we ran in different circles.

But once you get into some of the sensitive info, I think you could say we developed a higher level of respect for each other. 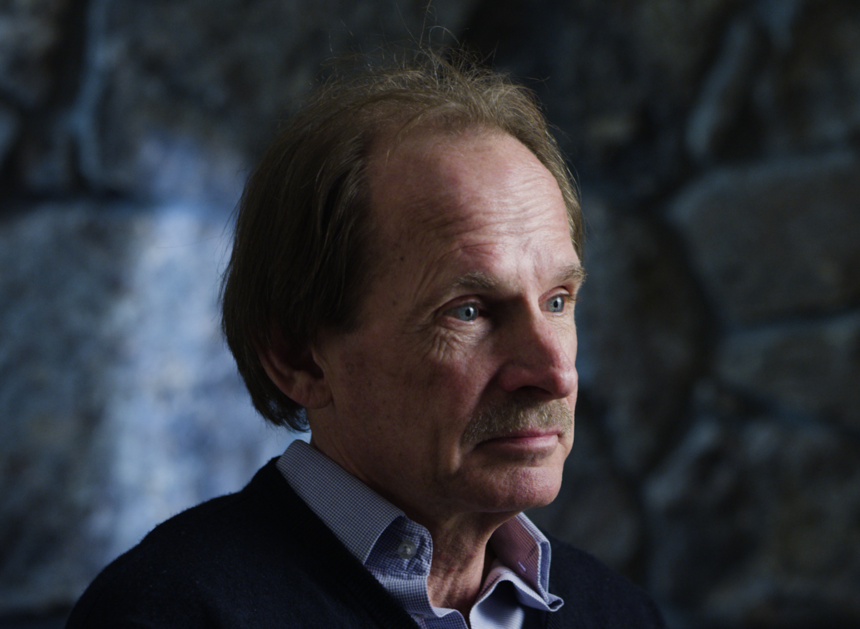 While those in Yater-Wallace's inner circle knew about some of the hardships he endured, few on the outside knew of his mother's cancer diagnosis or his father's (above) federal conviction. Photo: Screengrab

TYW: I would put it the exact same way.

For me, having an extreme respect for his ski career and always being a big fan, we would be friendly when we see each other, but we weren't super close. But sitting down, having a talk and having him ask me questions ended up being the most appealing thing I could imagine.

CV: Early on, I just planned on making it a short video. I thought the fact that he came straight out of a coma and went and won at X Games Europe was really the end of the story. But then I flew out to visit him in Aspen, CO just looking to research him and hang out, and we kicked it and I heard about his dad. Then I realized it was a story that was a feature-length film, and spent over a year-and-a-half calling him constantly and visiting he and his family. At that point, how could you not grow closer?

TYW: The initial trip when he came out, and I really went in-depth into every step of my life; there are only a few people I have done that with before. Really, it was just my girlfriend and close friends. Through that, we got closer, and that's something I'm really happy about.

That said, I'm pretty happy it's done and I don't have to watch anymore of his interviews (laughs). I spent a few too many hours in the edit bay.

TYW: Yeah, I think Clayton knows my mannerisms better than I do now.

TGR: Did it feel like you were getting a weight off your chest telling the story, Torin?

TYW: It wasn't about getting it off my chest; there ere plenty of people in my immediate circle you could have talked to about it all, and they could have told you everything about me. 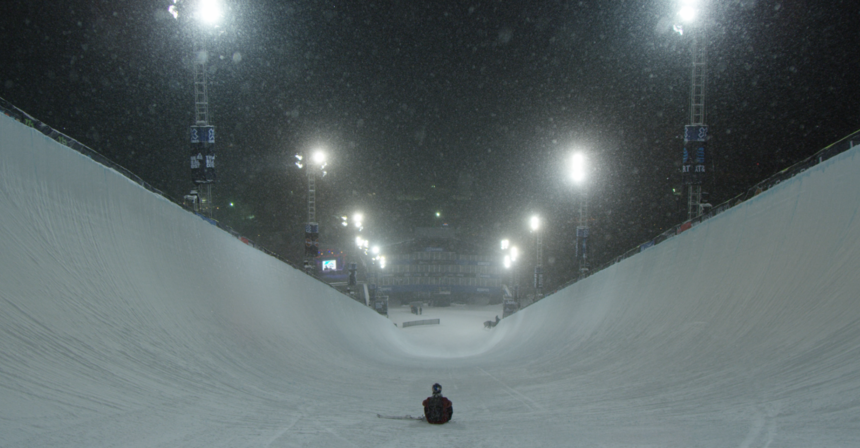 The X Games halfpipe seemed a world away just a few years ago when Wallace was confined to a hospital bed. Photo: Screengrab

For me, it was more about tearing down how successful athletes are dehumanized. You know, you see someone doing well in a sport and think everything is amazing, it's just inherent when people look at successful athletes. I wanted to show that not everyone's life is perfect. I wanted to show that just because you're doing well, there's still more going on.

By no means did I want to make a movie to make people feel bad; I want this to inspire. I'm not reaching for sympathy, I wanted to show empathy and demonstrate we all go through hard times, and that some of the hardest times might be occurring during the best times.

TGR: Sometimes, when people go through such hardships at a young age, they say they never really grasped the scale of their problems. Did you know just how bad things were going as a kid?

TYW: I think, for me it was the best way to put it is that, when you're young and deal with that stuff, you have to mature regardless of whether your want to. And honestly it’s those kind of things that shape you, and as horrible as they were in the times I could never have wanted my life to go another way, because it taught me to get through it.

But that said, even as a kid, I never thought things were just fine. For me it was just like, "Oh God, here we go again, another horrible thing this week." And it went on for years, just more bad news and more bad news, and you wonder, "Why me? Why repetitively, time-after-time is this shit happening to me?"

TGR: You're obviously more well-known for competition than filming, Torin. But Clayton, given how this turned out, have you been trying to convince Torin to film more?

CV: No man, I don’t tell people what to do, I don't think I'm much of a creature on that front (laughs). I'm obsessed with filmmaking, but I'm never trying to get people to do it to escape competitive skiing. 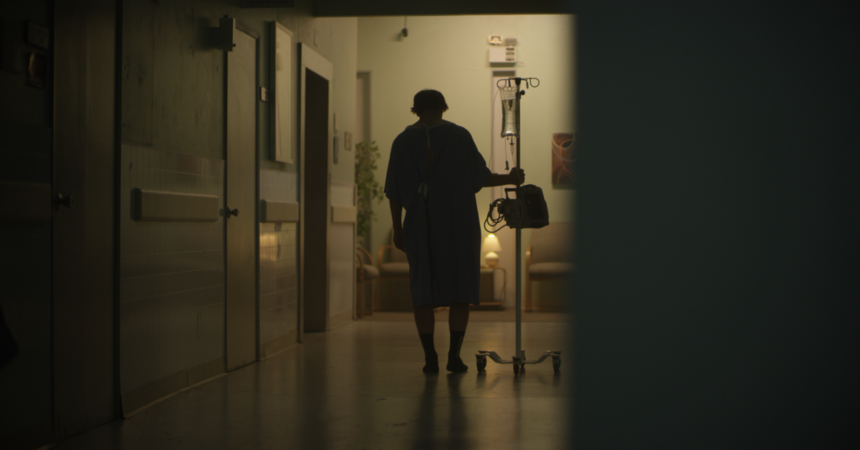 Yater-Wallace spent 10 days in a medically-induced coma due to a freak liver infection. Photo: Screengrab

TYW: There was never a need for Clayton to sway me. For me, it's never been about being the best competitor or pipe skier. If that's all I am, that's the lamest thing I can be.

For me, it's about being the most well-rounded skier; to put out a banger segment and have a good contest year. That's the most impressive thing I can imagine. Sammy [Carlson] has done it for years, Henrik [Harlaut] is another person who cleans up in contests and stacks clips. There's nothing more impressive than that in the entire industry.

And no matter what happens at the Olympics, as soon as I'm back home, that's what I want to do: start filming.

TGR: Well, Clayton, you helped originate street skiing. Any chances you try to get Torin in a street segment?

CV: I think that'd be the most badass thing ever. His style is perfect for it.

TYW: As soon as I can get a budget for it, that's exactly what I'm targeting. I want to do a 70 percent street, 30 percent backcountry edit. That's the very next move on my list.

TGR: Sounds like you've got big plans for the future.

CV: Well, Torin has a call with the New York Times coming up, so he'll be fine. Me, I just got published in the Block Island Times, so it's all downhill from here.