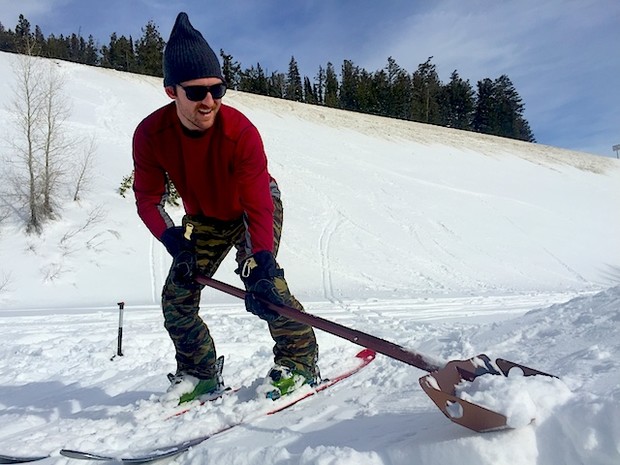 Now pushing 30 years old, my mom would not be too excited that I'm deliberately using my free time to build jumps to throw my body off of, but alas, when you have a fresh hip-deep landing to tumble yourself down onto, it seems like a safer idea. So it was when a bunch of us TGR office hacks headed up Teton Pass to throw a bunch of snow into a pile and try to teach ourselves some new stunts by flying off the top of it. We brought the DMOS Collective Stealth Shovel, a new tool developed by a Jackson-based group designed specifically for jump building, out for a test run, too. 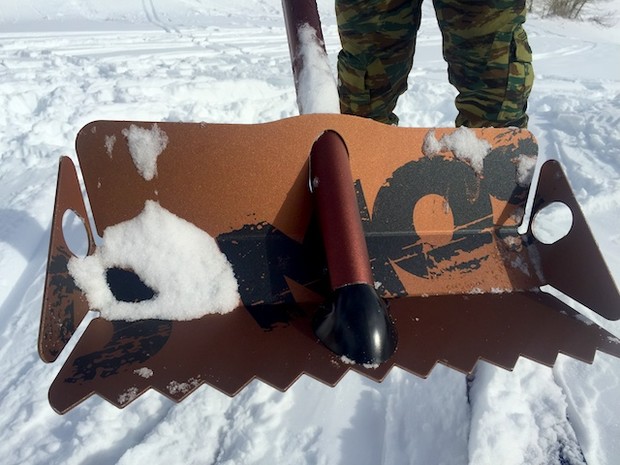 The Stealth Shovel is an 18" wide shovel with a serrated edge that cuts up snow easily and moves it into a pile quickly, as it has a telescoping handle that extends out 56", giving you a ton of extra leverage for moving snow over your standard avalanche shovel. While serious backcountry booter builders may complain about snapping normal avi shovels while building cheese wedges, the Stealth Shovel has twice as thick aircraft-quality aluminum as most avi shovels, and proved to be exceedingly sturdy throughout our dig. 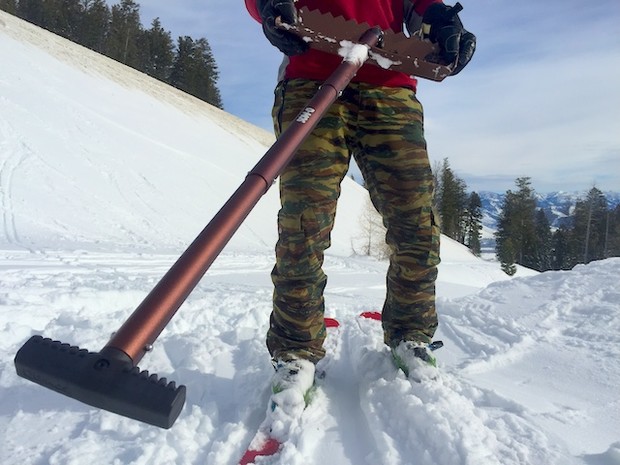 The 56" telescoping handle gives you a ton of leverage for piling snow. Jon Desabris photo.

The serrated shovel edge also doubles as a rake feature for really grooming those takeoffs down, although we found this was ultimately not as helpful a feature as the shovel's ability to break up snow easily and move it into a pile quickly without wearing yourself out. Whichever side of the jump was being worked on with the Stealth Shovel grew noticeably larger than the other, normal-shovel side. 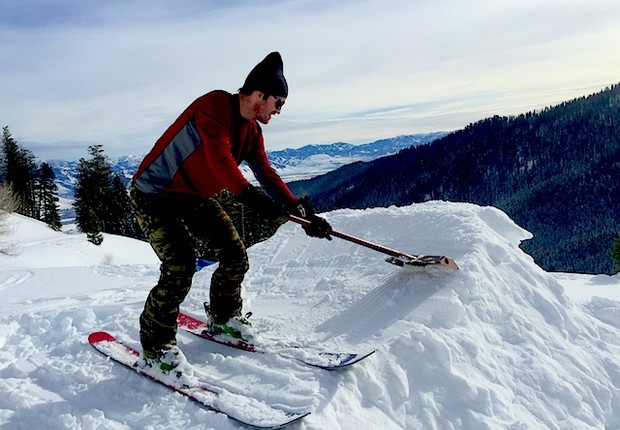 The grooming feature might not make a world of difference to your final product, but the reach made for way easier sculpting of the final jump. Jon Desabris photo.

The long shovel handle was ultimately the most useful aspect to the entire shovel, as its extra leverage made for easy stacking and, once built, you could much more easily sculpt your kicker's final shape standing in one spot with all the extra reach the shovel gave you. That, along with some good old fashioned ski-stomping, had us from a blank field of snow to a nice polished cheesewedge in little more than an hour. 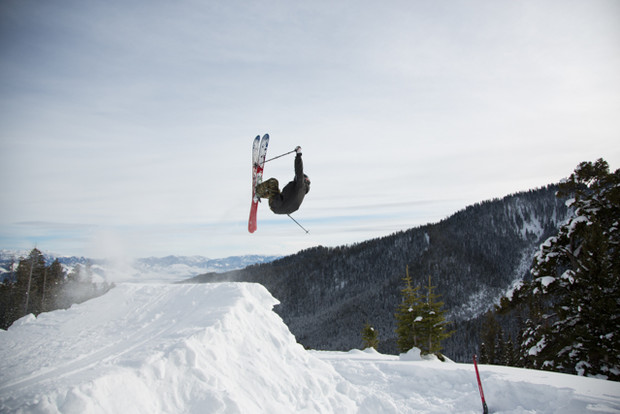 With the Stealth Shovel in the quiver, we went from a blank field of snow to airborne in just over an hour. Jon Desabris photo.

Oversized Home Depot shovels are definitely a popular alternative for backcountry booter builds, but if you're rolling around with a small kit and don't want to be toting a bunch of oversized gear around, the Stealth Shovel is a pretty awesome option that is noticeably better than an avalanche shovel in building up a nice jump and one which, at 18" long and 3.3 pounds in weight, fits pretty easily inside most backpacks. At $99 per, it's not a bad price to get into a valuable tool if building jumps is a part of your regular routine.

While our friends at evo don't carry the Stealth Shovel, they are having a nice little President's Day sale with up to 30% off 15/16 gear.

We can't wait for big storm days like these at Jackson Hole this winter! | Nic Alegre photo. Jackson Hole Mountain Resort just launched its winter 2022-23 early bird ticket sale in advance of the upcoming winter season. For the first time, guests can save up to 15 percent on day tickets when purchased before Oct. 1, 2022. This year, JHMR will continue to limit daily ticket sales and manage capacity, as well as require reservations for Ikon Pass and Mountain Collective passholders. Ikon