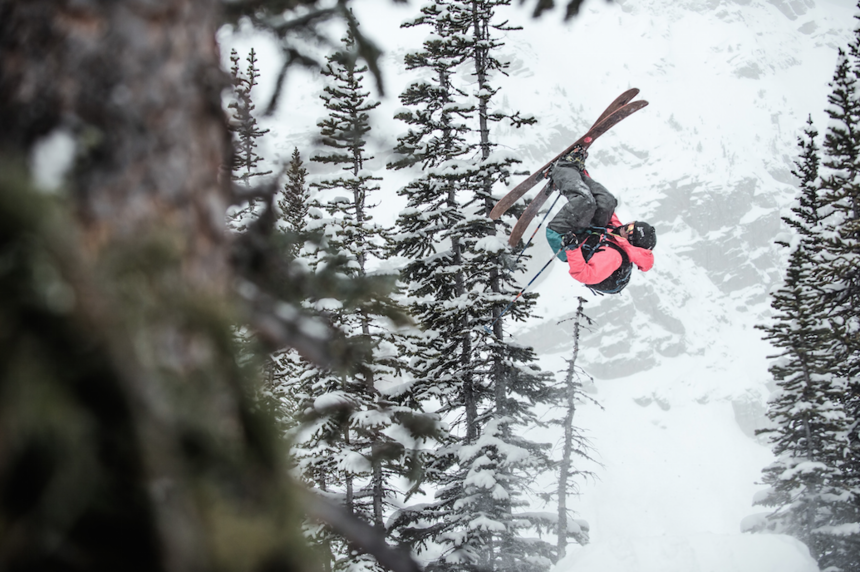 If you've watched ski films in recent years or follow professional skiers at all, you know about Tim Durtschi. He's the funny guy in TGR's movies—the “loosest” athlete on the “tight-loose” scale. He'll drop a one-liner that has the crowd in fits of laughter, then he'll follow it up with a banger segment that completely blows their minds. It's a perfect formula of humor and insane talent that is always met with overwhelming praise.

In person, though, Durtschi is shy. Upon meeting him, he was quiet, reserved, and thoughtful. But as our conversation went on and we ditched the small talk and started talking about skiing, he started to light up. Because for Durtschi, it all comes together when he puts his skis on.

The 30-year-old pro has been gracing the best scenes in our favorite films for the last eight years, and he seems to just keep getting younger and more talented. When he skis, it looks effortless, like he doesn’t even have to try— like gravity isn’t even a factor for him. The ladies swoon over his wacky personality and undeniable steeze, and many-a-grommet aim to emulate his look and his smooth style. 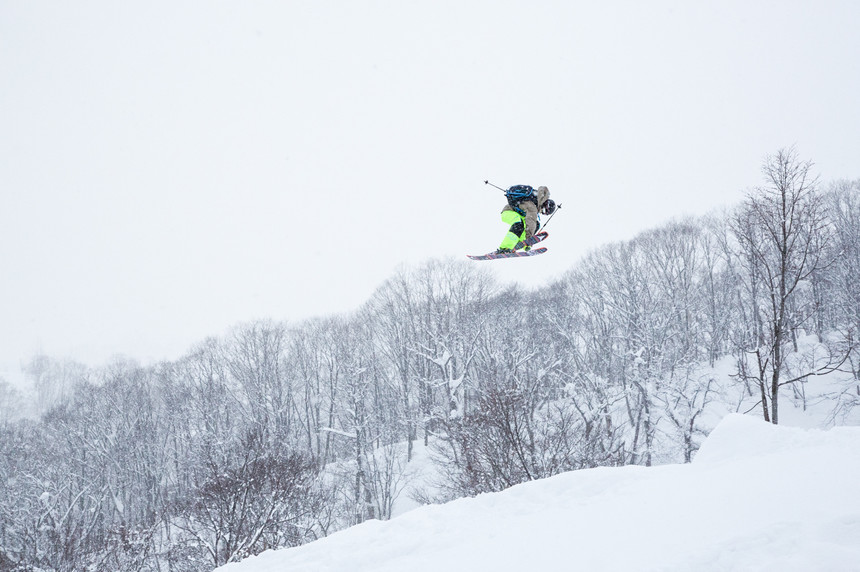 Durtschi grew up in Alaska, which was a big factor when it came to skiing. He followed a similar path to a lot of pros—starting out as a racer, crushing it, and then moving on and finding freestyle. He learned how to freeski in the early 2000's. At that time, a lot of new tricks were being invented and Durtschi was part of the group that took the style of skiing to a whole new level.

In 2006, he took his skillset to slopestyle and was invited to the X Games at 20 years old. “I did slopestyle comps for a few years but eventually got burnt out,” he said. “I’d worked toward that my whole life but when I finally got there, it just wasn’t what I’d built it up to be.”

In 2008, Durtschi got his first opportunity to film. It was with Poor Boyz in Haines, Alaska. “Once that happened I was like, screw slopestyle, I’m never doing that again.”

Dutschi hit the film circuit hard. He was featured in Poor Boyz movies and building himself up with edits like "Everyday is a Saturday", where he brought the steeze into the backcountry. People loved it. He worked hard—that style he has did not come easy. He would spend weeks building a jump and would stack as much footage from it as possible.

“Looking back I was like a rabid dog. A crazed beast,” Durtschi told me.

"I used to be hell bent on stacking shots. There was this one day at Chad’s Gap that changed the game for me.” Durtschi said. He had spent six days building the jump and by the time it was done, he was so eager to session it that he didn't think things through. “I was so hungry to get shots I didn’t weigh the consequences of the jump I was hitting. My mindset was that I only had four hours before the sun turned the landing into slush so I went for it. I landed the trick I wanted to get but I wasn’t happy enough so I just kept hitting it and I got a bad concussion. It was a point where I was like wow I need to slow down, it’s not all about getting the shot.”

Nowadays, Durtschi said he could spend a month building a jump but if conditions weren't right he wouldn't hit it. (I only kind of believed him.)

Durtschi met Todd and Steve Jones, the founders of TGR, in 2011. “They were filming Dream Factory and invited me on that,” Durtschi said. “The Jones brothers started their film careers in Alaska and they saw me as an AK boy.”

"Before even knowing him I loved what I saw as someone who was a really diverse skier," said Steve Jones. "He had a huge amount of creativity in how he looked at the mountain. As a person, he has that enthusiasm and excitement and positivity that you really want around. He's a really big personality but at the same time very humble and respectful." 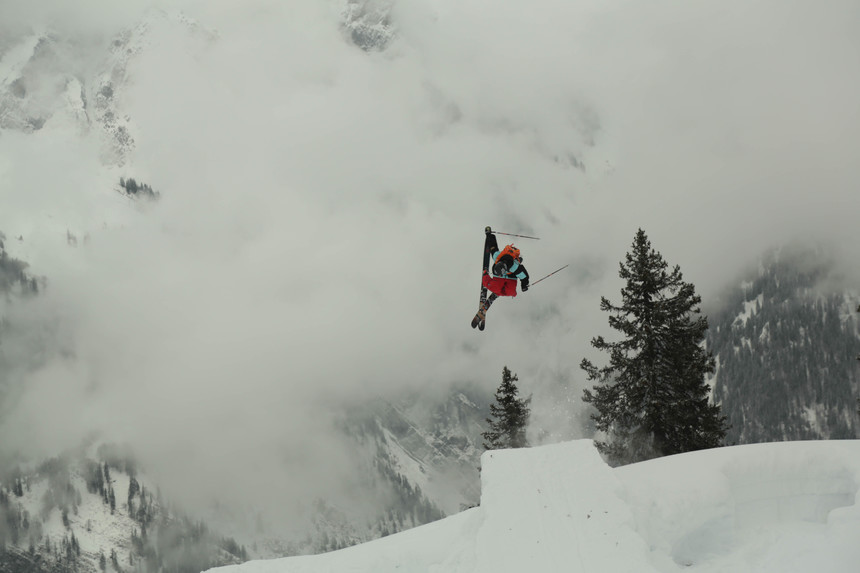 Durtschi says his first trip to TGR Fantasy Camp was a dream. “It felt comfy to be there with Sage and Dana and Sammy, just being there for my first time with people who had so much experience. Everyone in the TGR crew has their own set of skills they bring to the environment, and the team is so dynamic and high-level.”

Anyone who skis with Durtschi will say he's like a wizard. Sage and McNutt talk about how everyone will be going along and picking out lines and nobody will hear anything from Durtschi, then all the sudden he clicks in and does something completely ridiculous that nobody saw coming.

"With skiing, when those real moments do come along it’s like, 'this is your opportunity.' You have to be patient for that. The patience factor is crazy important," Durtschi said. "And the best feeling ever is when everything comes together."

Well, it all came together for Durtschi in 2013 when he won Skier of the Year at the powder awards for his segment in Way of Life. Take the time to watch the segment and you'll know why he won.

I don't' know about you, but I'm excited to see what's to come from Durtschi. Knowing him, it'll be big.