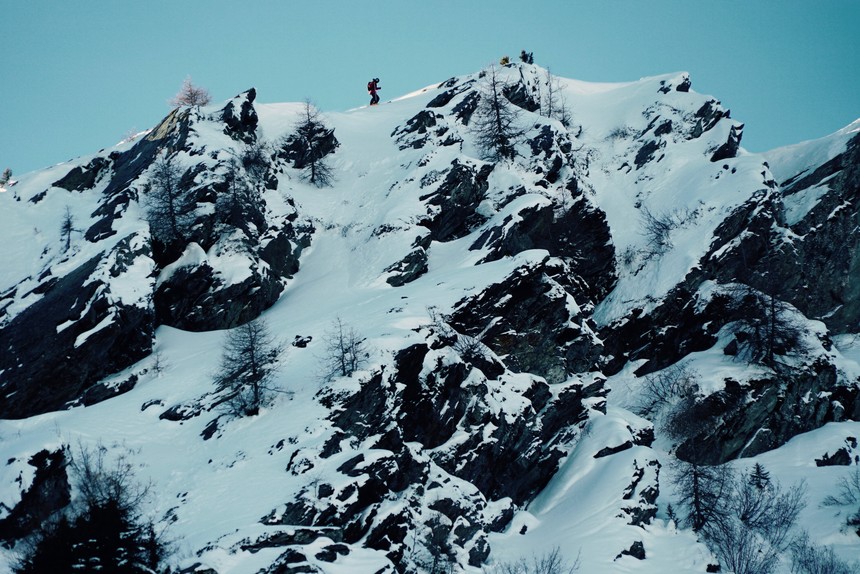 First of all Doris (the van) wouldn't start due to the extreme cold on the day we left, so it was not a good start to the journey. finally after some perseverance and elbow grease Sam managed to get Doris going! It was all smooth sailing (despite the horrendous screeching coming from the gear box every time we had to slow down) until we got to Sion and Doris started to smoke! Luckily Sam & I were blissfully ignorant to what the problem might be so we continued on to Verbier.

The first comp venue of the week was mellow but super fun and good for creative skiers. Sam finished in 11th & I placed 15th it was a good start to the week with two solid finishes. The second comp was held on a much bigger face which had the potential to get techy! We both got lost on our lines (Sam took a tree to his delicate area) However we still placed 9th & 15th.

On the third and final venue of the week we had decided it was "go big or go home". My run started off well and I made a B line to my first cliff. However, as I got to the lip my right ski punched through the crusty snow and I double ejected, thankfully I did not roll off the cliff but I did have to hike to get my skis. Sam started off with some arcing GS turns along the edge of this huge cliff (in the video) then made his way to his first drop stomping it cleanly and coming in hot to his final cliff. His speed meant that he sent it to the moon and took it deep to his feet! However, coming into the finish line he had not brushed enough speed and hit the compression of the cat track at 50mph and exploded 2meters from the finish line.

To top it all off Doris had been towed during the week and was being held at a police impound. When we went to go collect her and get her moved she wouldn't start due to the fact that the police had towed her in first gear meaning they burnt the clutch out. This meant that we were stranded and could not get her home which left us in a bit of a pickle. We ended up getting the train back to Zermatt after a very long and tiring week. Despite all the setbacks of Doris it was still an awesome trip with a great friend and we are looking forward to the next adventure in Courmayeur for the FWQ 3* event.