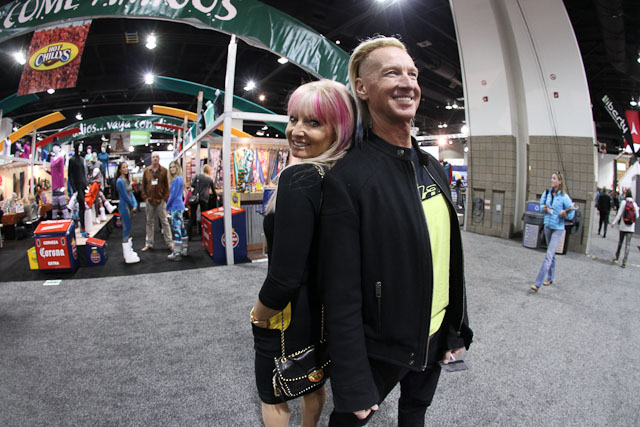 Whatever's trending for next season, one thing will never change: the fact that Glen Plake is the man, and that the mohawk will still be in style. Ryan Dunfee photo.

The annual SIA tradeshow hit the carpeted hallways of the Denver Convention Center this past weekend, and around every aisle could be seen walls of skis, snowboards, packs, bindings, boots, gloves, goggles, and even amateur models in horrible ski-inspired costumes hawking magazines or lip balm. Despite the lack of natural air and exhausting schedule, TGR's resident crew of mountain snobs managed to hold their breath long enough to get the lowdown on hundreds of next winter's products. Through it all, a few major trends were vibrating across consistent wavelengths from one brand to the next. As you look forward to wasting more of your hard-earned income on outdoor gear next fall, we wanted to summarize the five biggest trends happening in ski and snowboard gear for the 2015/2016 season. 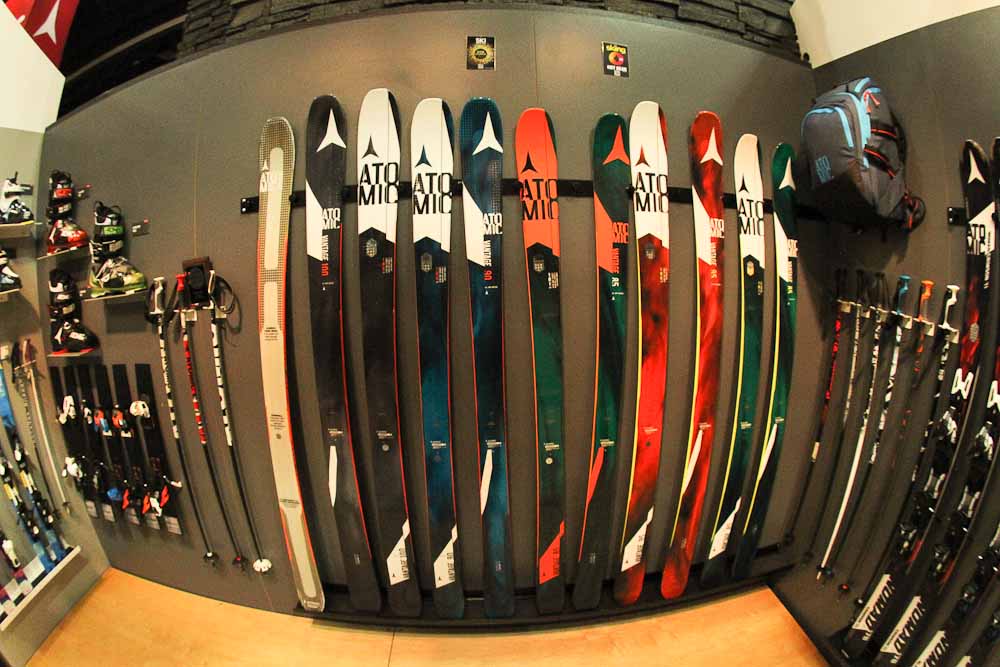 Atomic's Vantage line is just one of many eschewing big waists and crazy rocker for shapes that look like they could have been pressed six years ago. Ryan Dunfee photo.

The retraction from the years of zany experimentation in ski design–with skis that grew to 140 mm in the waist and with most of the ski off the ground with crazy rocker–continues. Every ski company was hawking a new or expanded lineup of skis catering to the all-mountain everyman with more moderate waists (104-114), regular-looking sidecut, tip rocker that was barely noticeable, and a flat tail. From Line's expanded Supernatural lineup to Armada's widened Invictus lineup, to Atomic's new Vantage series, it took a bit not to convince yourself it was 2004 all over again. 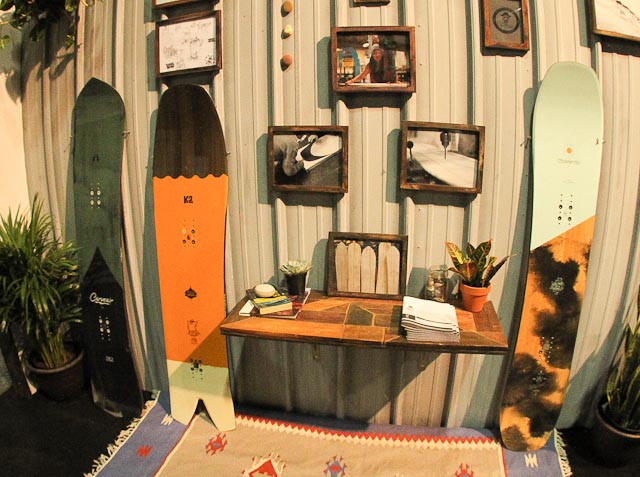 The K2 Cool Bean (2nd from left) looks like something Gerry Lopez would have been surfing in the '70s. Ryan Dunfee photo.

On the snowboard side, plenty of brands were rocking powder shapes that took their shape and profile straight from a 1970's fish surfboard. If you had put a leash on K2's new Cool Beans board and walked it onto a beach in Southern California, it's doubtful anyone would even blink twice. 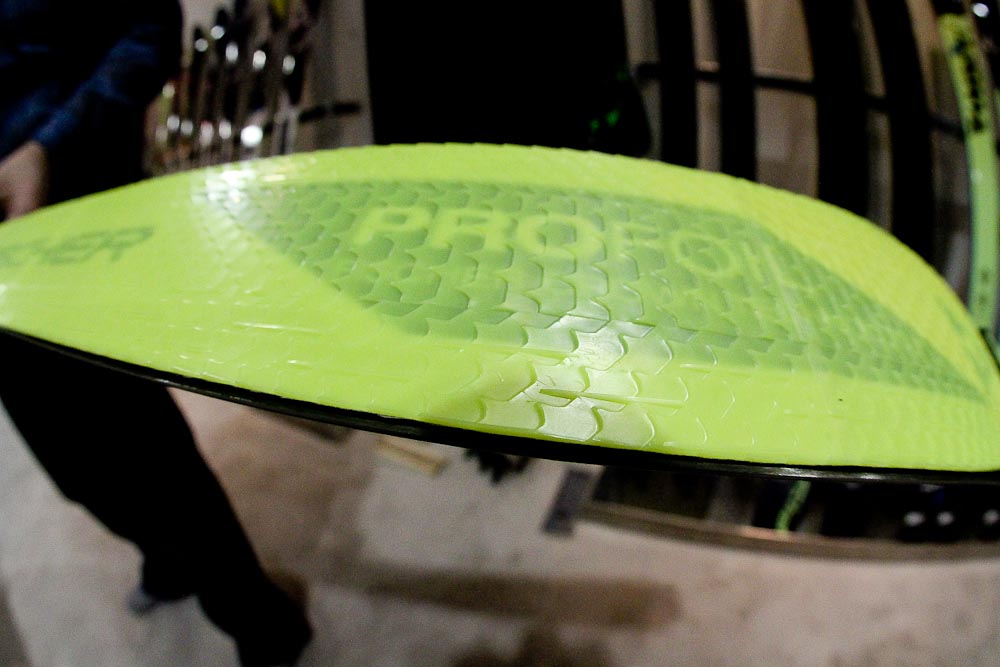 Fischer's new climbing skins, the Profoil, are a synthetic plastic-like compound instead of fabric, and promise to glide super fast while not retaining moisture. Ryan Dunfee photo.

Touring. You don't tour?!? You just ride lifts like a tourist?? Taking a look around the room at the convention center, this was definitely the message from the gear on tap, especially on the ski side. Every single ski company introduced a touring-specific ski lineup with skinnier waists and low weights, and often paired with the company's own OEM, branded, pre-cut skins to match them. Touring bindings expanded, with everything from a lighter version of G3's popular Ion binding to the brand-new Marker Kingpin to Fischer-branded Dynafits. Fischer also introduced a snakeskin-looking plastic skin called the Profoil that promises to be radically different from the current selection of cloth skins, and which reportedly have outstanding glide. Let's go walk up a hill!

#3: Women Get a Fairer Shake 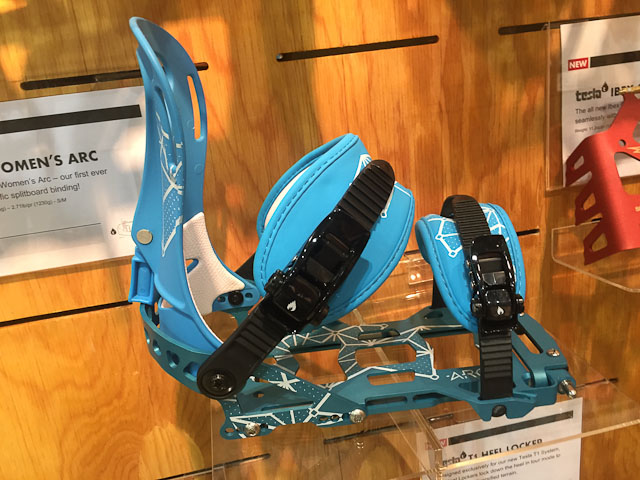 It was great to see that the days of flimsy linguine noodle women's hardgoods and everything else being exclusively for men dying out at SIA 2015. Spark R&D brought out a women's-specific splitboard binding, and Dakine rolled out an update to their popular Heli Pro pack line that was more anatomically matched to a women's torso. DPS was offering several smaller lengths of popular high-performance men's skis, while other companies like ON3P were making women's lineup out of their regular men's molds, and simply lightening up the build a bit. Women can look forward to more thoughtfully designed gear for them for next season, along with a wider selection of burlier hardgoods in their size.

#4: Outerwear Goes To The Backcountry 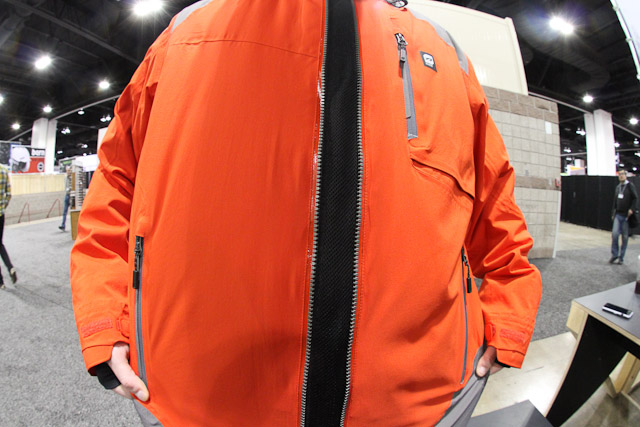 Orage's Prime30 line comes with a mesh liner that you can zip up below the main zipper to keep airflow going during ski tours. Ryan Dunfee photo.

While more and more hardgoods companies are pushing their own outerwear lines (Faction, Marker, Black Diamond, etc.), more and more outerwear companies are innovating clever little tricks to make jackets and pants more backcountry-centric. Orage had a jacket that featured a zip-up mesh layer underneath the main zipper so that you could have your jacket zipped up with a top-to-bottom section of breathable fabric still open to the wind to cool you down. Many of their jackets also featured "rescue sleeves," with the interior of the sleeves made up of hunter orange fabric designed to be highly visible to search and rescue crews in the event of a backcountry emergency (you wear the jacket inside out to use them). In the same spirit, Helly Hansen had strategically-placed neon accents in much of their outerwear to make guides more visible to helicopter pilots as they move around the aircraft. 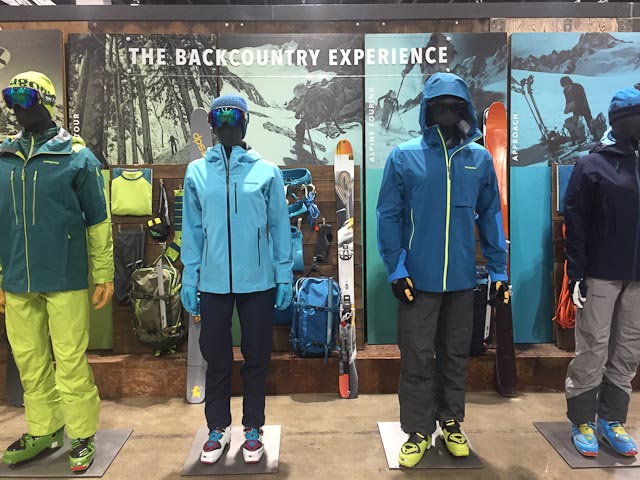 Others innovated in different areas. All the pants in Black Diamond's brand-new freeride outerwear line feature a dedicated, padded pocket for an avalanche beacon above the right knee. Elsewhere, startup Voormi introduced a proprietary fabric that weaves waterproofing directly into their fabric–versus layering and gluing a waterproof layer to it–that stands to make it into all kinds of different clothes that don't have the feel of a rain jacket. 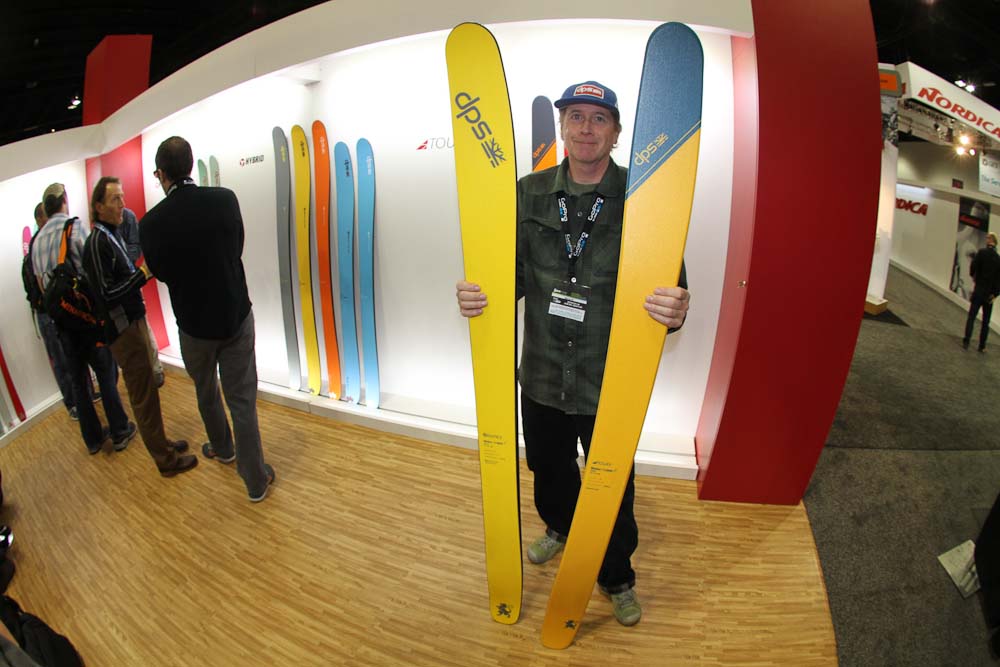 Everyone was chasing the dragon when it came to weight for backcountry hardgoods. DPS's new Tour 1 layup brought the actual weight of their popular Wailer 112RP2 ski in a 184 length down to a mere 1,400 grams–barely three pounds per ski for a normal-looking pow ski with rocker and a 112 mm waist, and not some 80 mm randonee ski. Several other skis, including Fischer's Hannibal 100, matched Tour 1 for weight, while other manufacturers preferred to focus on the chargeability and stability of a slightly heavier touring ski. 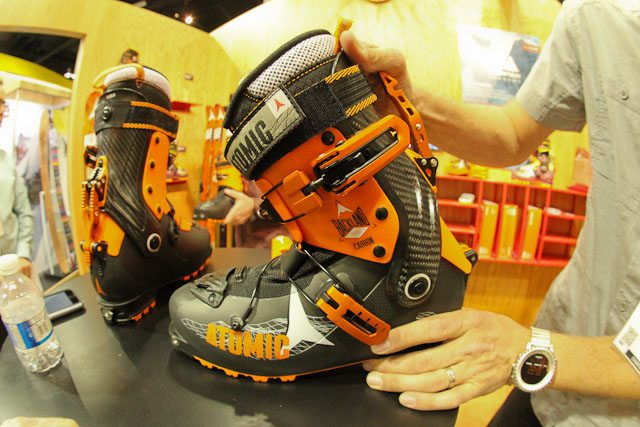 Atomic's brand-new Backland touring boot series came in hot with a host of low-weight, touring-specific ski boots with lots of carbon fiber. The lightest, the Backland Carbon Light, weighs just 973 grams on the uphill with the tongue and power strap removed, while offering an outrageous 74 degree range of motion while touring. Atomic's Jake Strassburger compared it to a Dynafit TLT6, but it's clear that from many angles, traditional touring gear powerhouses like Dynafit and Scarpa have a growing number of legit competitors from brands big and small. can you please stop taking pictures with a fisheye/gopro?

For the past decade, the annual TGR Grom Comp has been about one thing: finding the next generation of talent in the ski and snowboard world. Year after year, it’s incredibly exciting to get to witness the progression of our sports firsthand, with each new crop of riders showing that the sport is in good hands. This year, with over 30 entries (and counting), we are ready to announce our official 2021 TGR Grom Comp judging panel. Made up of a team of TGR Optics Team Athletes and some