There was an incredible snow year in Northern Norway throughout the 2020 season. With stable conditions we were allowed to get on some of the biggest lines Lyngen Alps has to offer like these two: 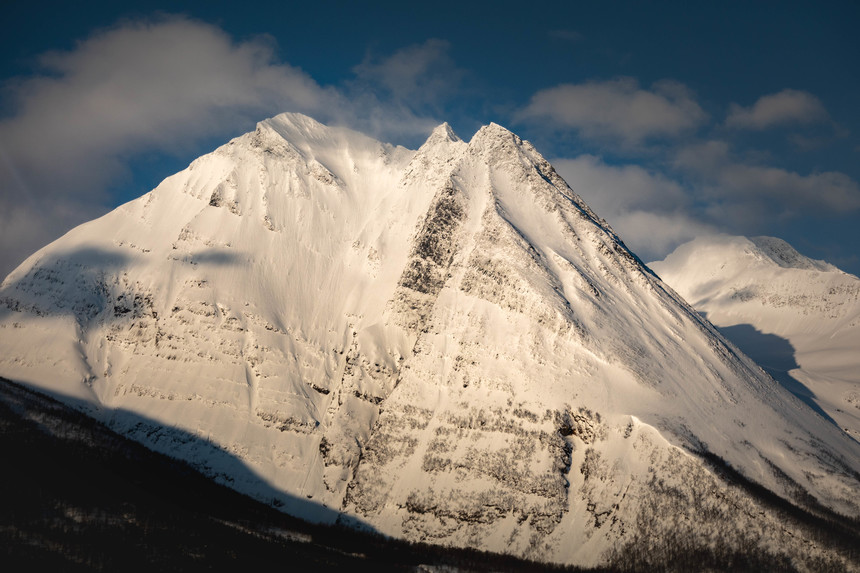 The over 1000m vertical line down from Store Russetind.
Skied in April together with Eivind Jacobsen 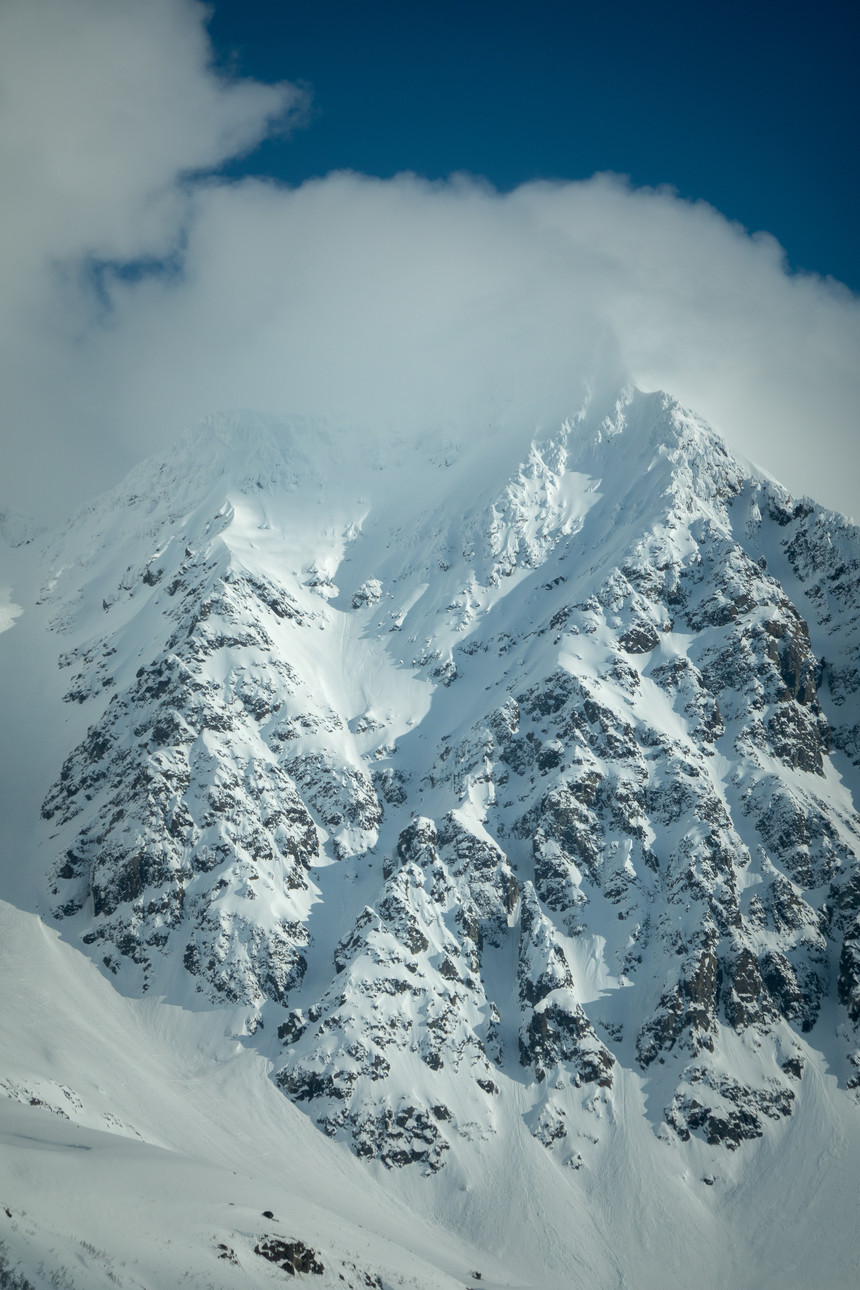 During the pandemic Lyngen didn't see a lot of traffic. We were pretty much all locals skiing around. With the closedown of schools, jobs etc. we had time to be out almost every day and get a really good knowledge about the snowpack.

Krister Kopala and I got to ski a couple of new lines in the area. The most memorable one was "Ukkonen". In the area of Lakselvtindane there is a steep line going down towards Goverdalsbreen. We rappeled over the huge entry cornice and was amazed by how good and how much snow there was at the main ramp. We quickly decended the upper part and sent all the sluff down the exit couloir. 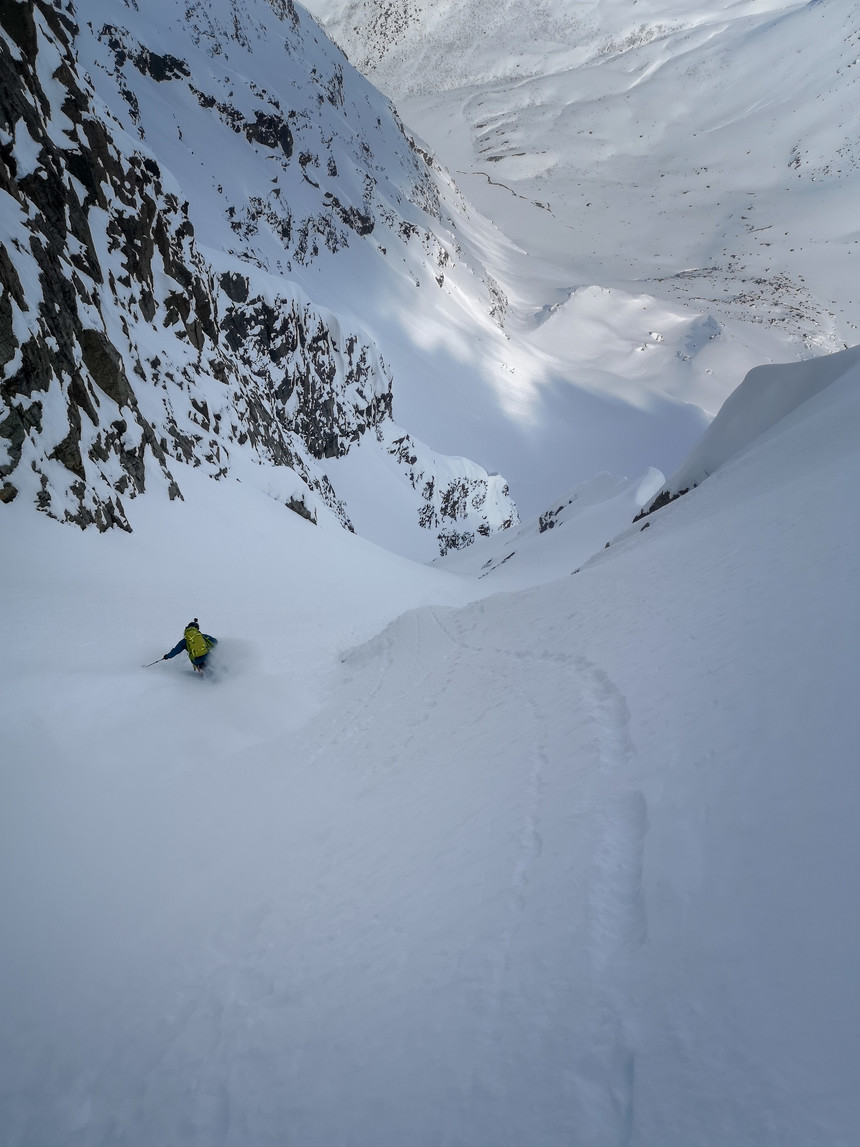 Eivind on the ramp of Ukkonen

After skiing the upper part there is a steeper section (around 50 degrees) with a cliff underneath. We carefully descended, and luckily we found a good spot to put in some gear for the rappel. The snow underneath the rappel was super hard, and we had to take it really slowly for the next 20 meters. At one point Krister was just hanging by his ice axes. We were quite relieved when we were finished with those 20 meters. At the end of the line there is a steep exit couloir that would just fit my skis at some places. 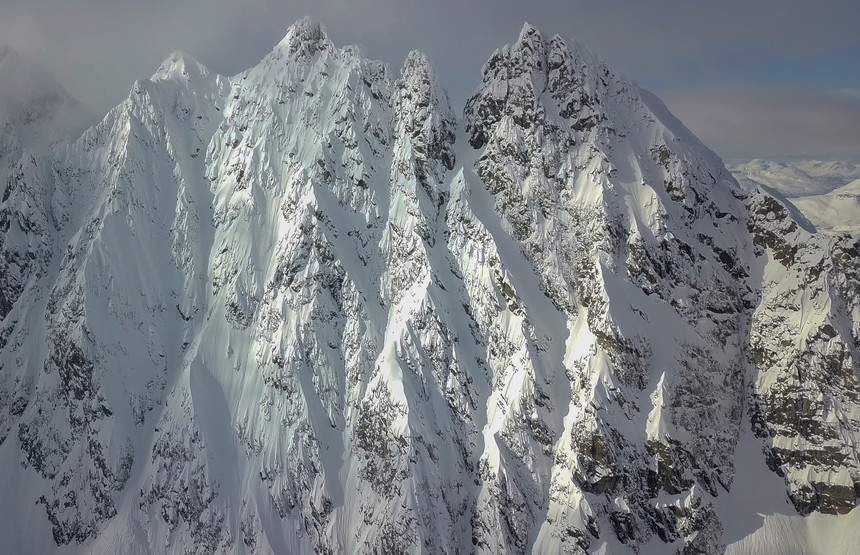 A couple of weeks after descending Ukkonen Krister and I would set our eyes on a line called "Mallroy". Named after the Chamonix classic Mallory. It was first skied back in 2012 by Andreas Fransson and Morgan Sahlén and there had never been anyone there since the first descent. 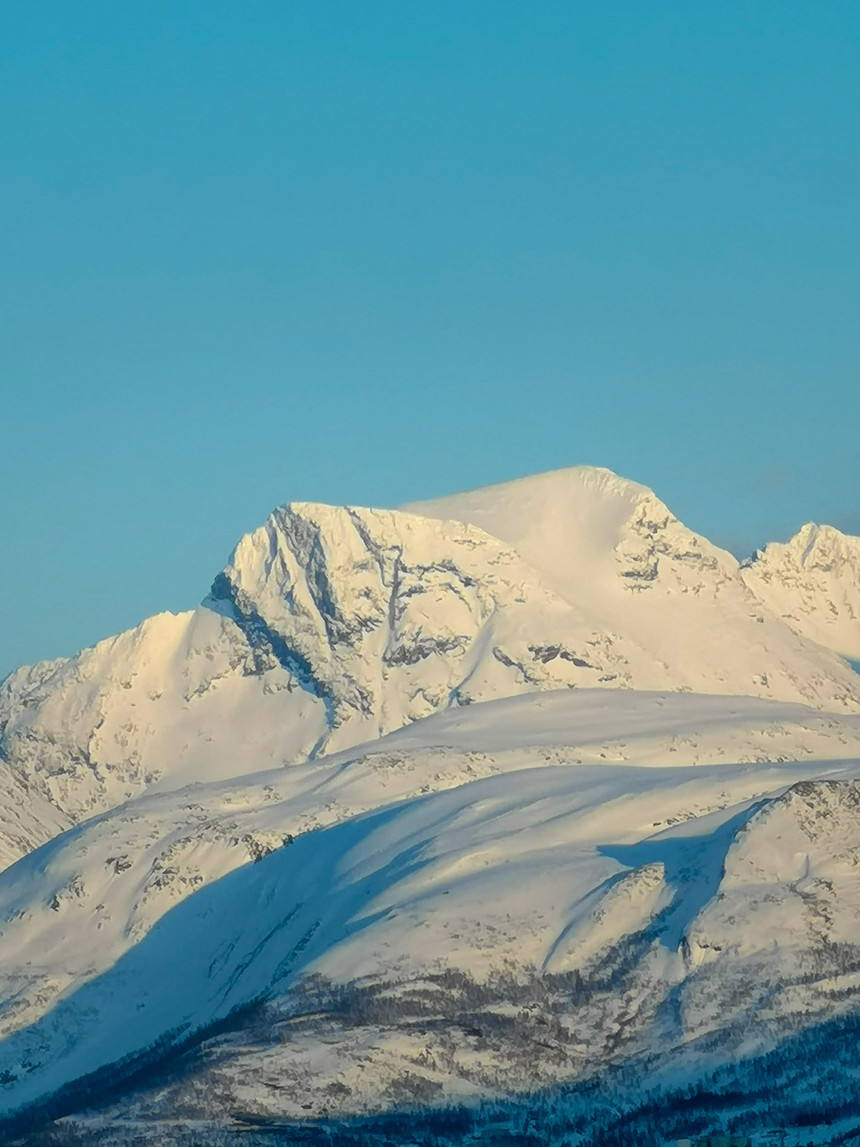 The conditions would line up perfectly us. We got to the top of Stortind and roped up before trying to find the entry. We carefully cut out the cornice and got our first glimpse at the line. The upper traverse looked really exposed and we decided to traverse it with crampons and ice axes. We now stood at the main ramp, and the snow looked amazing. We could just cruise down the whole thing, sending sluff over the huge exposure. It was such a wild place to be. 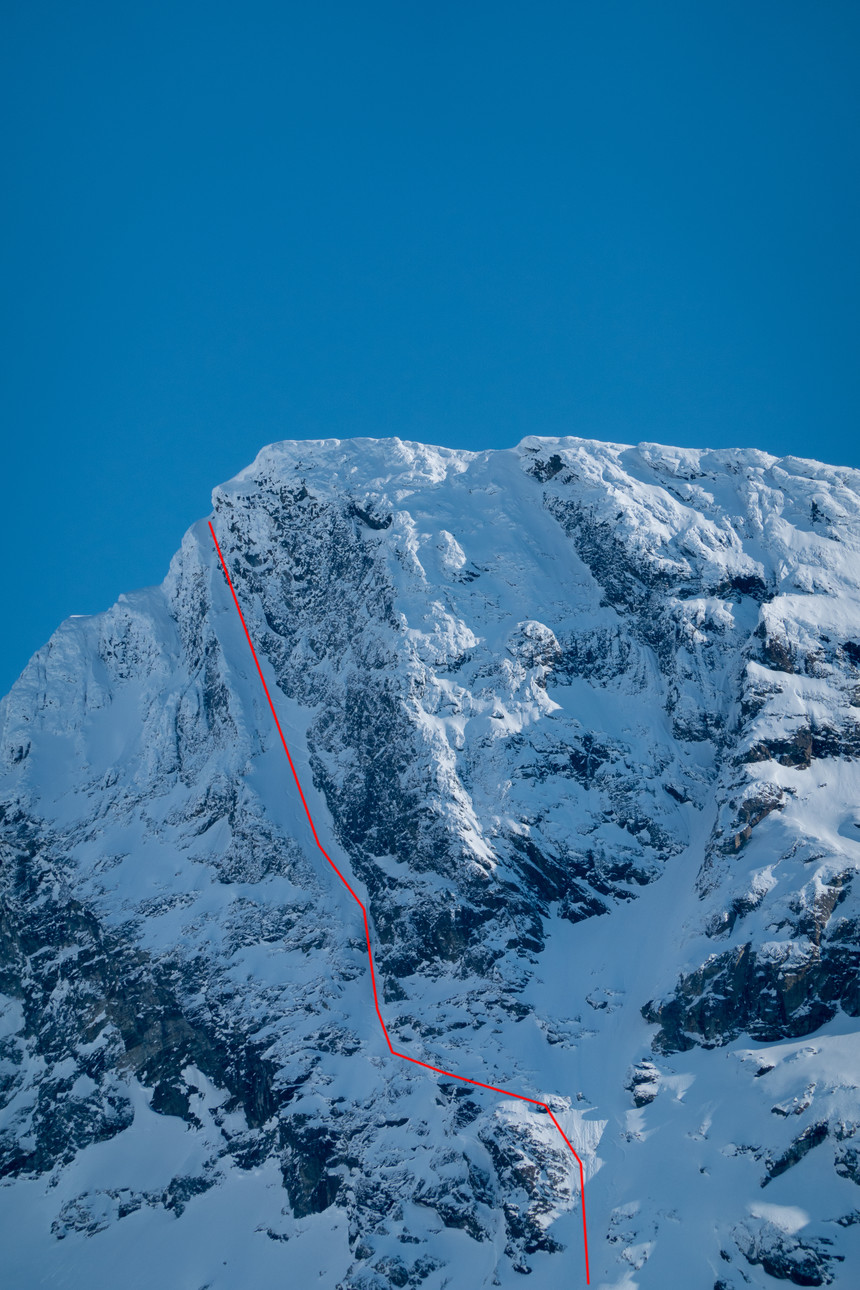 If you want to learn more about the lines and watch some live footage you can head over to my YouTube channel at /c/eivindaanensen, or just click play at this video: