I’ve been lucky to have a number of mentors throughout my path as a skier and they have all helped me in varying ways. I guess my first mentors in life would be my parents. They dragged me out on their adventures as early as they could and showed me the value of the wild. As I gradually began traveling overseas to compete, they were incredibly supportive and helped me work through all the silly situations I managed to get myself into. I’m not sure if it was intentional or not but my parents' approach to life in the mountains has rubbed off on me. I find myself appreciating the smaller things up there more, the success of the mission for me now is not reliant on whether we ski the line or climb the mountain, but the experience along the way.

When I finally did start competing in freeride competitions, I immediately gained a few mentors as well.

Sam Hall was a local ski legend that was shooting photos for NZ SKIER Magazine and was instrumental in helping me get my first sponsors and published photos by basically selling me to the local dealers. A cynical, sarcastic bastard at times, Sam also gave me huge opportunities by getting me a job at the infamous Les Chamois Pub in Squaw Valley where he took me skiing with many of my heroes, including Shane McConkey who took us orphans in for Christmas. Mr. Hall also knew a thing or two about good ski style and etiquette. He would bitch me out if I had a wavy arm in the air, telling me to tighten up my form so I didn't I blow his shot. When I placed third in the NZ big mountain champs while still a junior, he firmly put me in my place stating, “Don’t think this makes you the third best skier in NZ.” He kept my ego firmly in check. 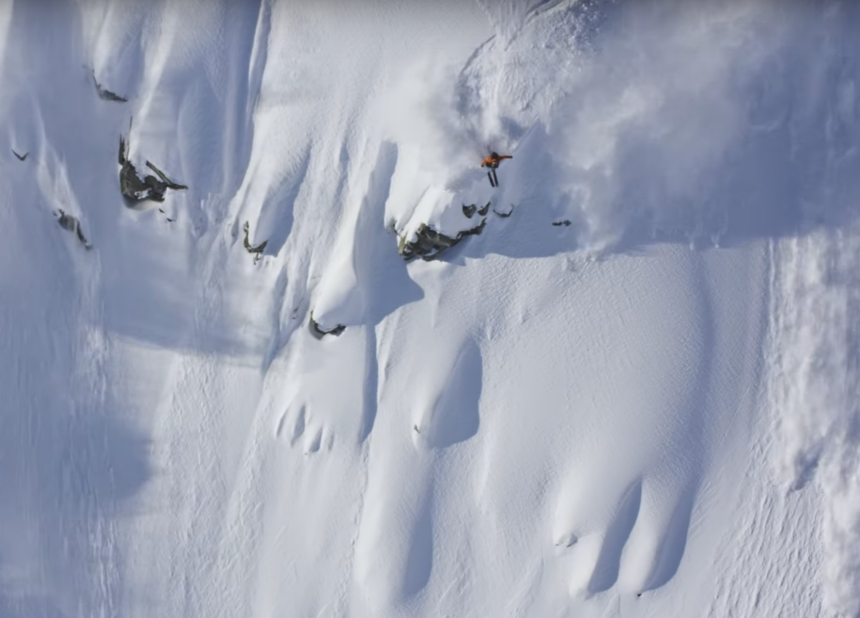 Hamish Acland was one of the two that beat me in that competition and was a mentor. He helped guide me through my initial foray into international competition. He also helped fund it by encouraging me on dares for cash like drinking an entire hot sauce bottle for 50 bucks the night before my first international freeride comp in Verbier, Switzerland. Somehow, I also ended up with a large mustache drawn on my face and promptly sucked in the comp. Hamish, along with our Verbier friends Beanie and Camilla, were instrumental in getting me over to Verbier and introducing me to the photographers and skiers in what has become my second home. Hamish has been there for me in the dark times in the past and I have been so stoked to have him in my corner, ready with some sage advice, all the way through to my first win on the FWT and still to this day. He is someone who I go to when I'm in need.

Last year was my first time helping out on the NZ Junior Freeride Tour, including being with the team at the World Junior Champs in Andorra. While it seems just yesterday I was the idiot grommet, it’s pretty satisfying to be there for those guys, passing on the little bits I’ve been handed or discovered along my path and seeing them succeed. It feels like a win for myself.

Mentors: Get yours today!

From The Column: Mentors

How This Surfer From Sierra Leone Ended Up…

How Sam Smoothy Learned to ski Like an Animal

Hadley Hammer Opens Up About Her Mentors

This is the very nice article here have to looking here Freecell online solitaire card game must be players exited to join it and have to full enjoyments.

Exclusive GTA fast and furious game download full version loose. All the game is much like vice cities like maps, weapons, places, and missions; however, the vehicles are newly added that are used in the fast and furious movie.

ALL vehicles like sports activities vehicles are custom designed and changed into fast automobiles collection.

By way video cutter and joiner for pc free download, in case you have a part of the video in an MP4 format and want to combine it with a couple of minutes of AVI, followed by a moment or 2 of WMV or MOVthat is possible. Easy to operate, this software does everything you may have to link video together from multiple sources or by one.

If you are a native American and looking for grants to start your own business, you are in the right place. Here you can clear your doubts about how you can apply for native American grants and qualify for benefits and details related to tax payments.

If the consulting firm is not listening to you, it cannot resolve the issues. So it would help if you took great precautions in choosing the startup consulting firms for your business.

You can do research about the consulting firm, talk to the client of such a firm, and review such a firm’s communication. If the answers satisfy you, then you can go for it.

Welcoming the new year by making a new resolution to keep yourself hydrated. Water is the ingredient for our body, and 8 glasses a day keeps our body in good health. Below is the list of the best smart water bottle.

The problem is that we often forget to take the right amount of water because of our body’s requirements. But we neglect to take the water off we have no time or availability of water causes dehydration.

There should be a kind of alarm or reminder to tell us to take water. So we are here to introduce you to smart water bottles.

Actually, we provide you a list of the top best smart water bottles which consider the best choice to buy-in 2021.