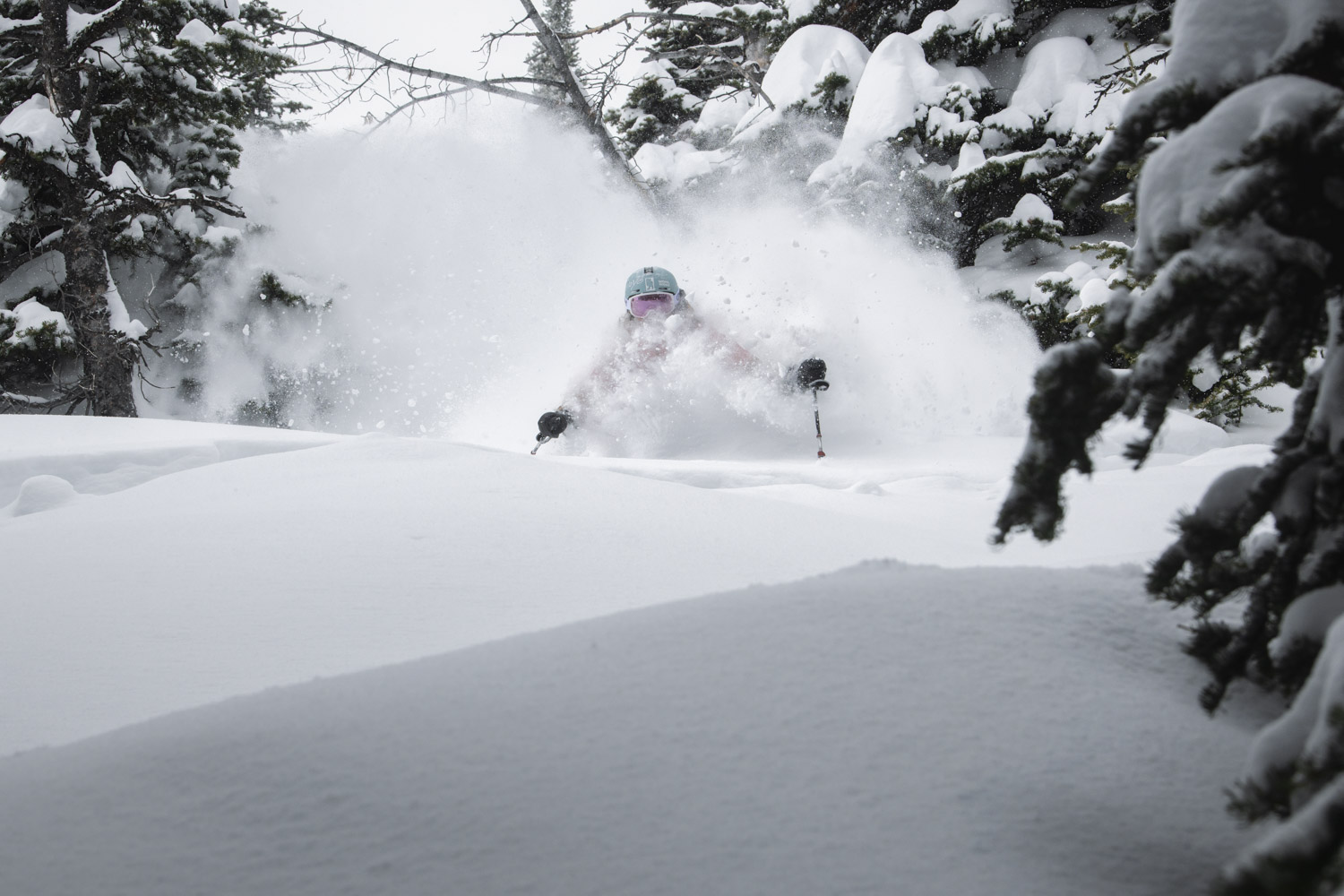 Every so often, a storm cycle comes through Jackson Hole that is so marvelous it’s cemented in local lore. They’re the kind of weather events that crusty ski bums will tell you about after one too many shots of whiskey. They’ll get this far-off look in their eyes and exclaim, “Remember the January of 2020?” For those of you who weren’t in Jackson during that magical month last year, it was mind-boggling. Over two weeks, Jackson Hole Mountain Resort received north of 10 feet of fresh snow, shattering the January snowfall record of 102 inches set back in 2000. It was as if the storm decided to park itself over the Tetons, often dumping up to 18 inches of snow a day. 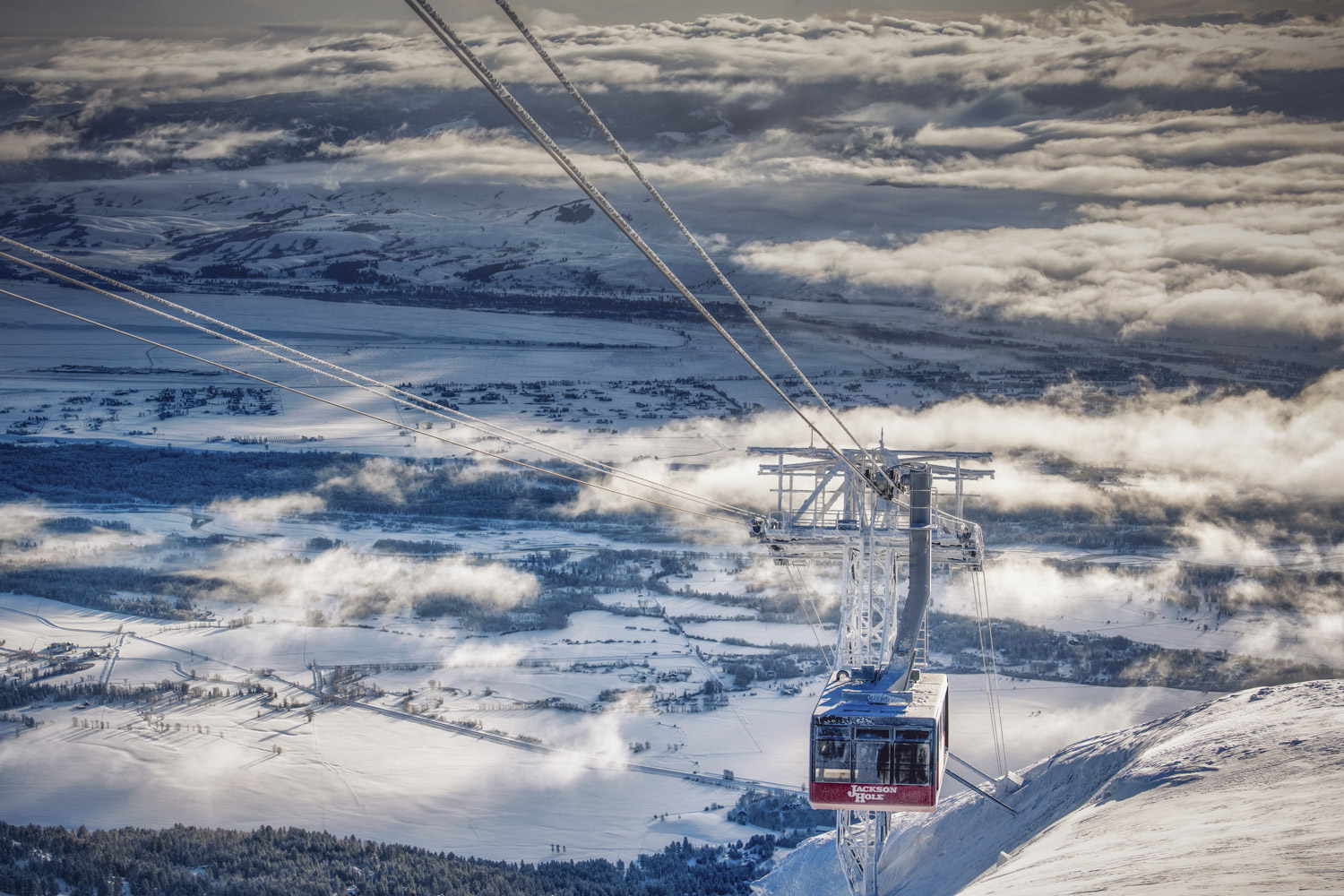 This red box will make all your dreams come true. Nic Alegre photo.

For the North Face's Caite Zeliff, who spent her whole winter filming in and around Jackson Hole Mountain Resort, it was simply unreal. “It just kept coming, and at points it felt like we were in Japan because you almost couldn’t move it because there was so much snow,” she jokes. When they tried to land airs, it was like jumping into a ball pit filled with bottomless powder. “We would just disappear in a cloud of snow,” she laughs. The plethora of snow did come with its challenges, though. For one, this rapid accumulation made most zones in the backcountry too dangerous to film in, but all was not lost. 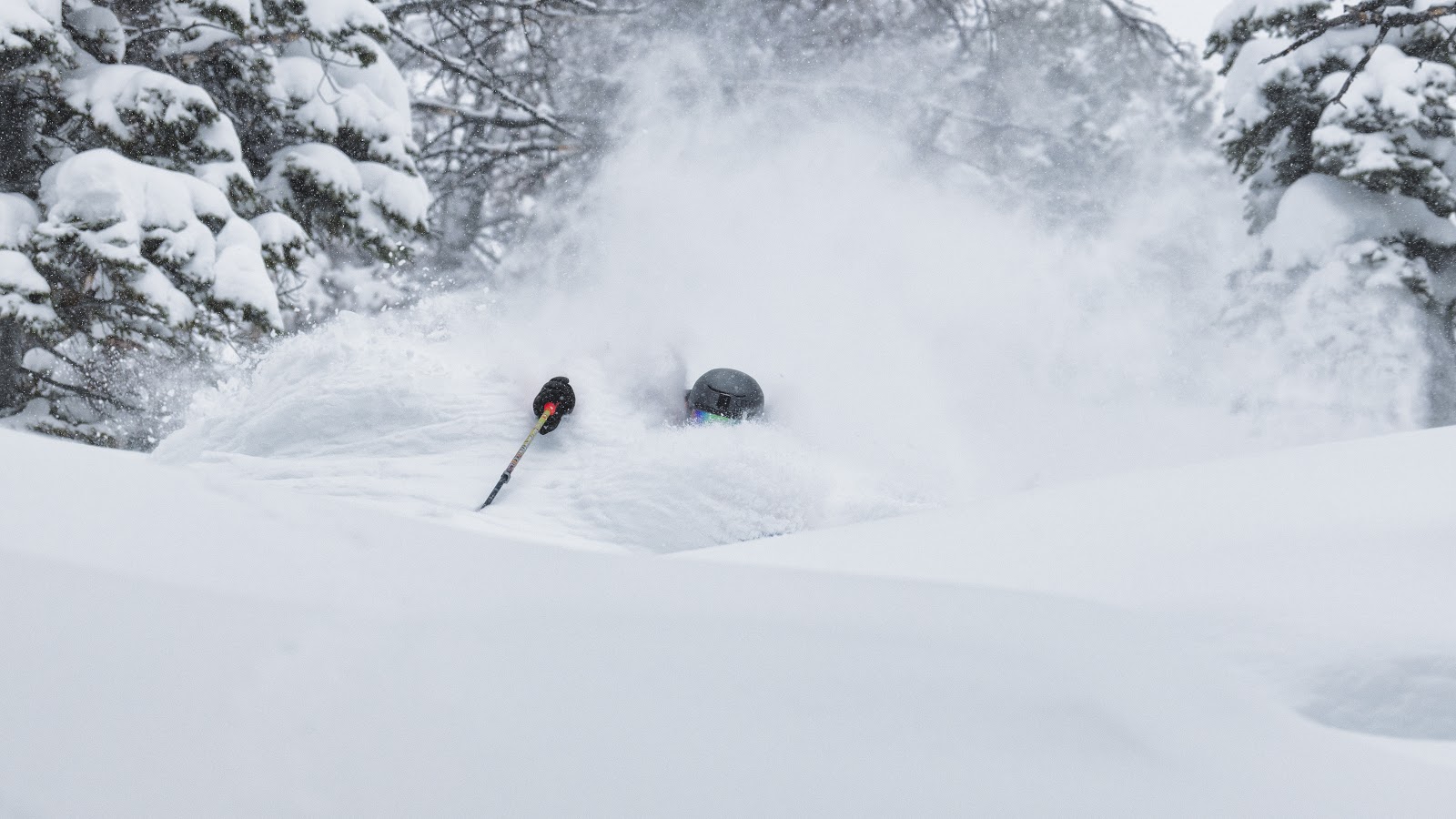 Jackson Hole Mountain Resort had plenty of goods and secret stashes for Caite and fellow North Face athletes Sam Smoothy and Griffin Post to explore. “There’s still so much steep terrain at the resort that when it snows that heavily and the avy danger is high, it’s nice to have the peace of mind that the JHMR ski patrol has been working hard so we can get after it.” That’s the beauty of shredding at JHMR, it’s got the terrain you’d expect from the backcountry but it’s all lift access. There’s no such thing as too much snow at JHMR. “When it’s so deep, it helps to have the steep terrain that JHMR has. It allows you to keep moving through it and get that classic chest-high powder skiing,” she explains. 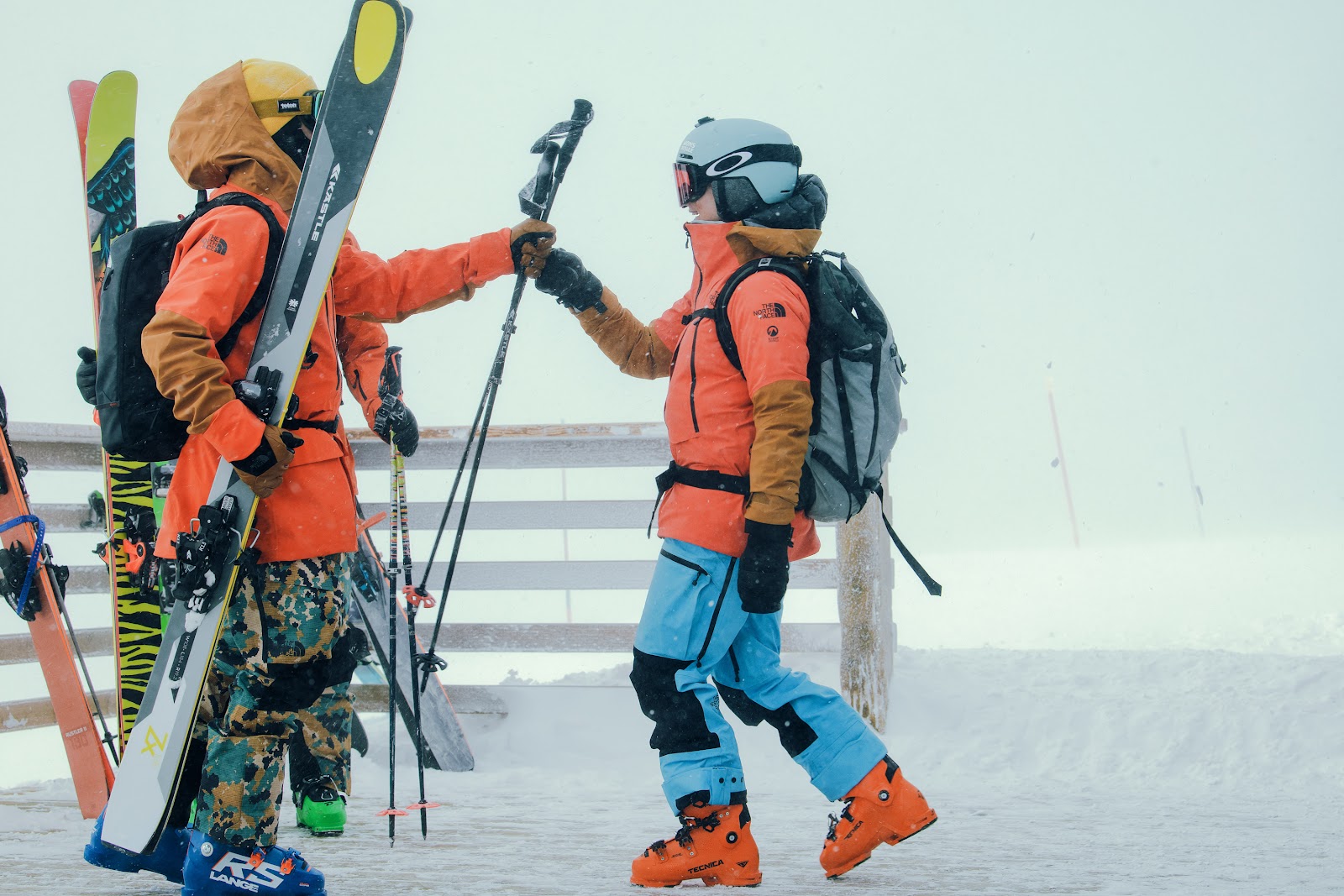 And it’s not just the powder skiing that sets JHMR apart from other resorts, it’s the community here that lives and breathes for it. Powder days feel like holidays, bringing the whole town together at Teton Village. It’s not unusual to bump into an old friend while waiting for the next chair or pass by your doctor while traversing cat tracks. Skiing and riding are even intertwined with the work culture, with many local businesses offering a powder clause to their employees. It’s a stipulation that if the resort gets over 6 inches workers can take the morning off to ski. Last January, it would have been safe to say the town’s productivity was at an all-time low, but given the unreal snow, no one was really complaining about missed meetings and late emails. “On a powder day, there’s always this weird overwhelming buzz at the base of the village. It’s a mix of anxiety and excitement and everyone is there ready to get after it,” Caite says. For her, that tension is part of the magic, and when the mountain goes green it feels like a rollercoaster about to descend. “There’s this overwhelming feeling of childish play, and anything else on your mind fades away and you’re just playing in the snow with your friends.” 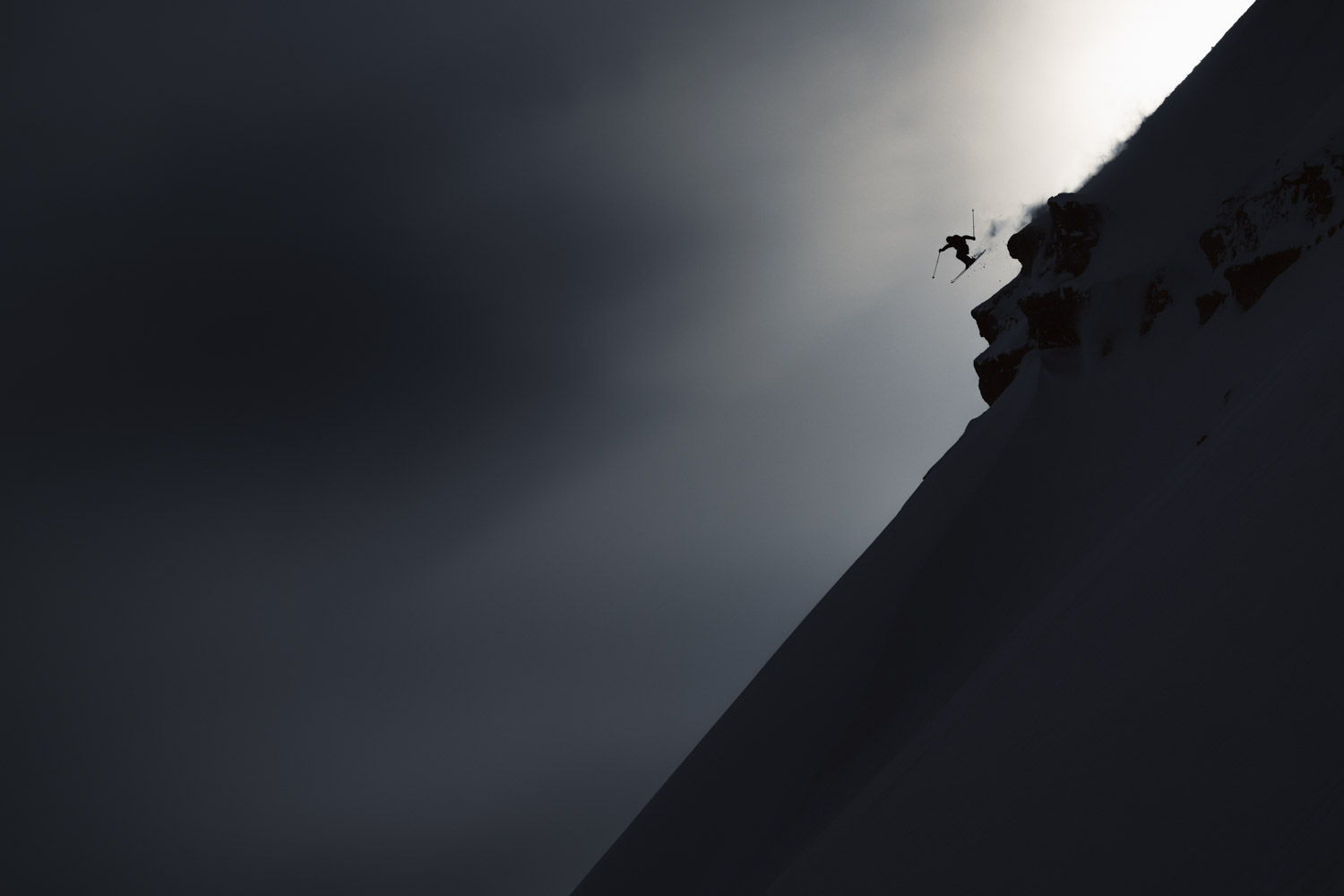 Last year Caite spent most of her winter shredding alongside Griffin Post, and Sam Smoothy—two athletes she had never really worked with before. “It was eye-opening to the fact that we’re all just humans. Being in their space was a very empowering place to be for me,” she explains. They jived well as a team and supported each other through and through. Working alongside them helped build Caite’s confidence, leading to some goals getting ticked off that season, one being stomping the infamous Cave Air. “Griffin knows the resort like the back of his hand, so it was cool to have him as a sensei. He just knows how to read the snow and weather patterns,” she says. It also helped that they all liked to ski fast on big, technical lines. That cohesion made planning the day’s objectives easy since they were all on the same page. “I learned a lot from those guys and one of the biggest takeaways was how hard they worked. Those boys always showed up ready to work and it motivated me,” she says. 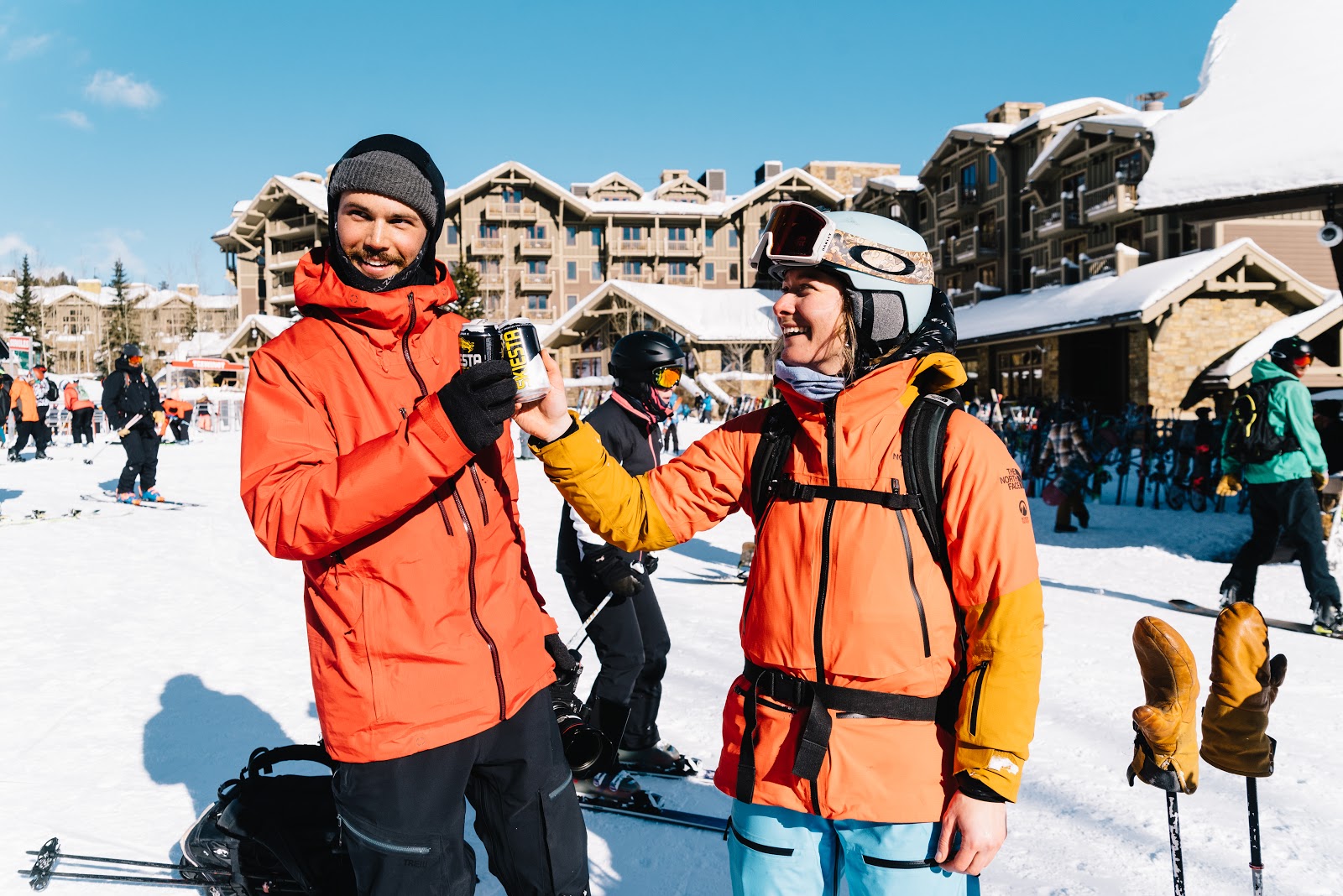 Nothing like a couple of cold Sierras to celebrate a hard day’s work. Katie Lozancich photo.

The hard work certainly paid off. Caite’s segment in Make Believe is exactly what you’d want from a Jackson Hole shredit. It’s got plenty of powder, cliff hucking, and full-throttle skiing. If you haven’t had a chance to catch the film, then here’s your opportunity to do so. Make Believe is available for digital download, and we highly recommend checking out TGR’s exclusive streaming platform Teton Gravity Research TV. If the film doesn’t get you dancing for snow, we’re not sure what will.

I was there! I didn’t get to ski Griff forced to use demo bindings on his Kastles, but I DID get to see that handsome guy Austin Hopkins do a really nice nosebutter in a lot of pow in Four Pines and I did a lot of things in a lot of pow myself. Thanks Desabris & Taylor for hosting me on your blow-up! :)

49 years ago, Magazine began its run as one of the most legendary publications to ever grace the industry, inspiring countless numbers of skiers throughout all generations with stunning photography and storytelling. Now, after nearly five decades, TGR photographer Nic Alegre teamed up with skier Karl Fostvedt in the Jackson Hole backcountry to create his third and final cover shot, paying homage to the debut 1972 issue. Powder announced this past October that it would shut down