The premier season is going to look a lot different this year! To show the new film “Make Believe” TGR will be heading to drive-ins practicing social distancing. Not sure why I’m listed as an Olympic Skier but I’ll take it! Here is a taste of what last year's world opener was like! 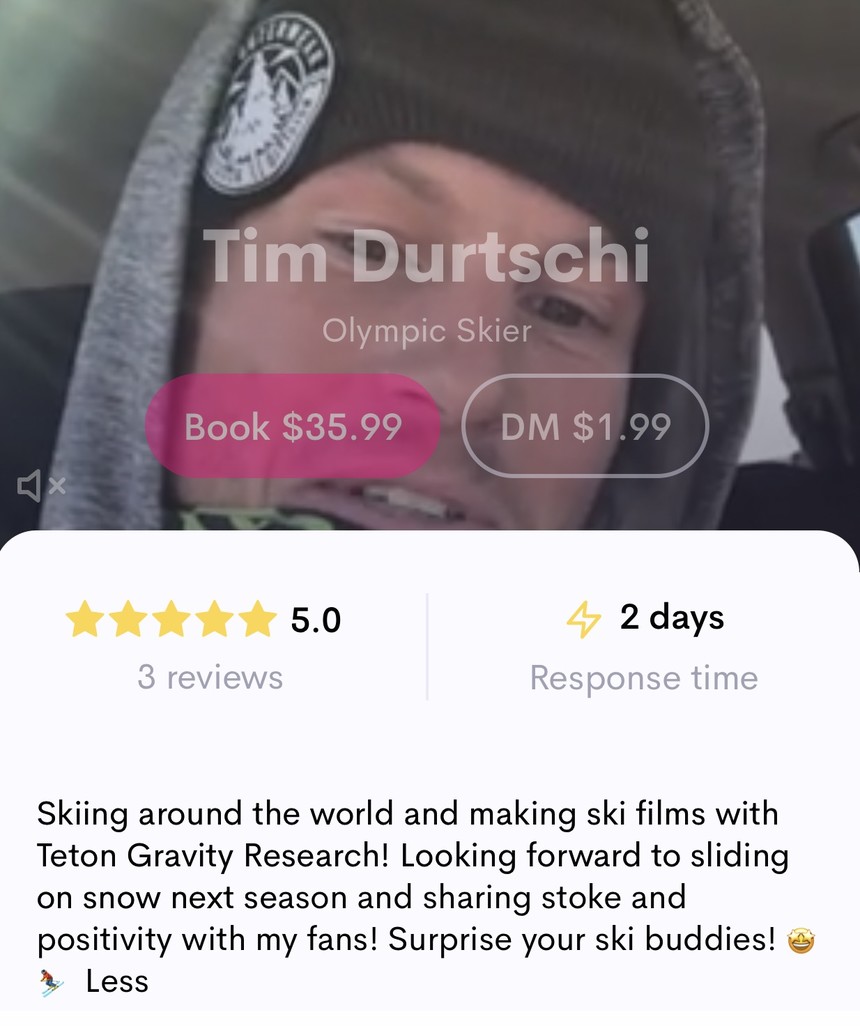 I always look forward to showing the movie and giving high fives to my fans! Since I won’t be able to do poster signings I will be doing Cameo shoutouts instead. If you want to stoke out a TGR fan who can’t make it to the movie premiere, here’s a great way!

There are also some other athletes who do cameos here are there links:

Labor Day has traditionally signaled the end of the summer for all us denizens of the Northern Hemisphere – and man, did summer end abruptly this year. Leave it to 2020 to give us yet another rollercoaster ride, although this one sure looked pretty. Lots of mountains across the West saw their first real snowfall of the year late last night, with several inches falling at higher elevations. Check out some shots from our friends over at Jackson Hole Mountain Resort from this morning…the first