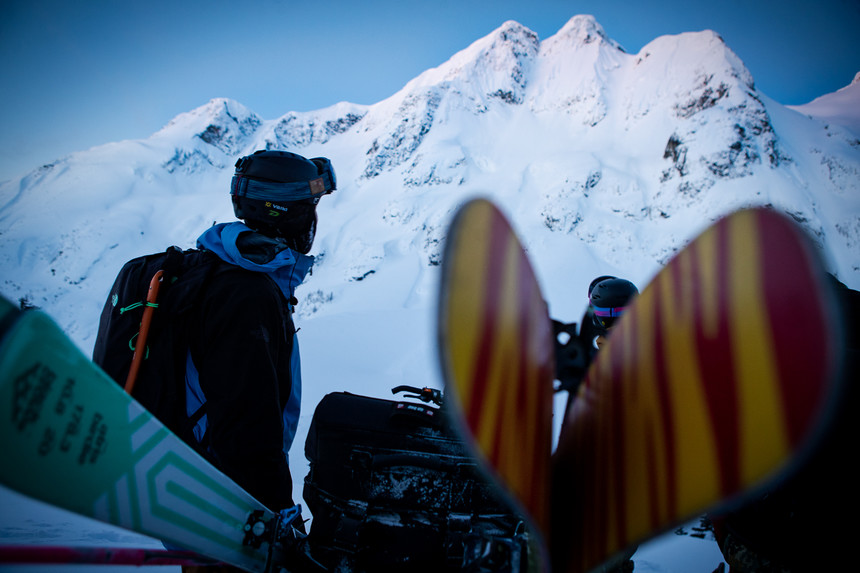 Mountain towns generally come down to one thing: access. For those of us that live in one, it’s about giving up certain things in life to make sure one thing is certain: you can be playing in the mountains whenever you want at a moment’s notice. That freedom is an awesome feeling, and we’ll hazard a guess that it’s something most of us wouldn’t ever want to give up. Among mountain towns, some hold a special place in our hearts, and Pemberton, British Columbia is right near the top of the list. It’s no surprise that our favorite dream team of The North Face's ski squad (Nick McNutt, Christina Lustenberger and Ian Mcintosh) frequent the place. This past year, they even invited their friend and fellow North Face teammate Sam Smoothy to come along all the way from the southern hemisphere. Why might you ask? Well, the reason is quite simple: Pemberton is home to some of the best skiing in the world.

Situated a short drive north of Whistler, Pemberton is an unassuming little town, with a history steeped in agriculture, mining, and transport. The massive mountains looming above town and further up the valleys surrounding it provided natural resources for generations of hardy men and women that settled down in the area. Today, those same mountains have turned into the main attraction, providing a different kind of natural resource for a different kind of person: bottomless powder snow that sticks to some of the rowdiest terrain in Canada. Pemby, as the locals call it, is decidedly not Whistler - the veritable Disneyland of skiing and riding just down the road. There are no lifts here, but intrepid skiers and snowboarders will find several lifetimes worth of couloirs and faces up high and perfectly spaced trees and pillow stacks down low. You just have to work for it. 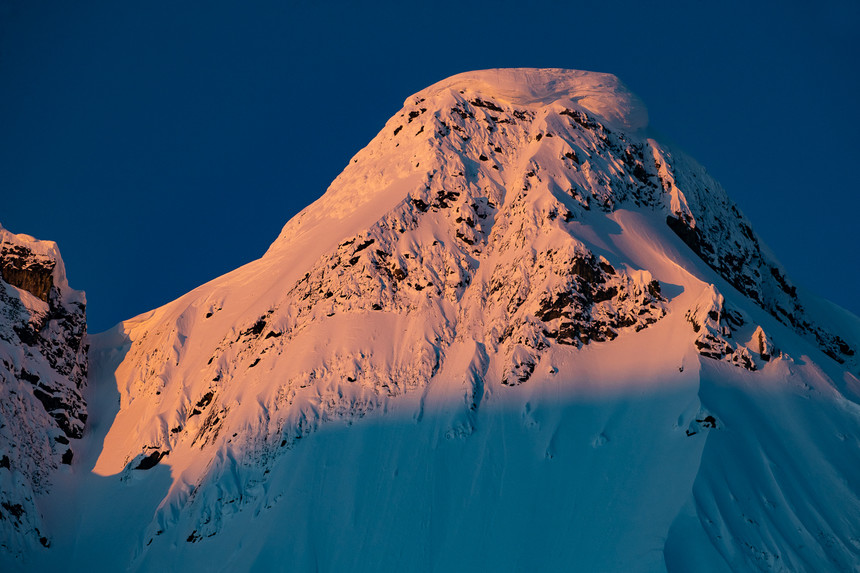 A familiar sight high above Pemberton during a beautiful sunrise. Eric Parker photo. 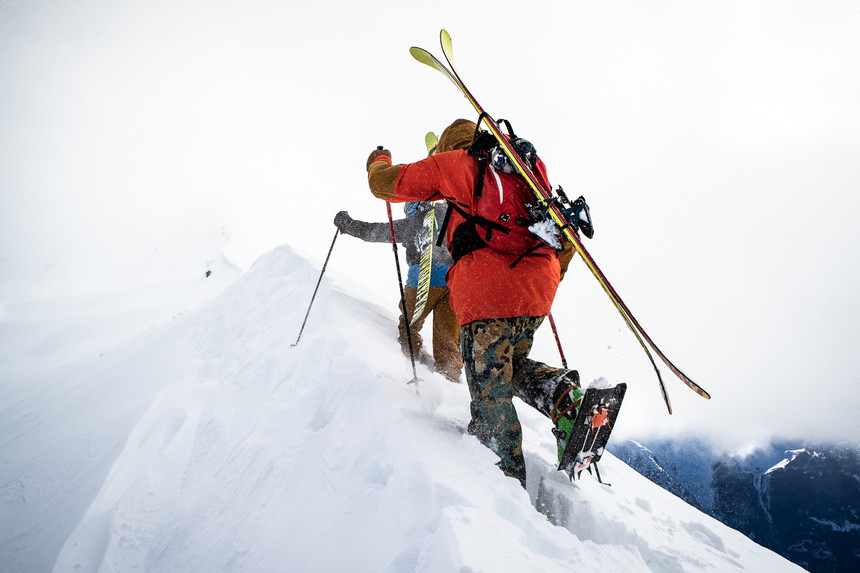 Smoothy and Mac putting in the work in their kits from the North Face. Eric Parker photo. 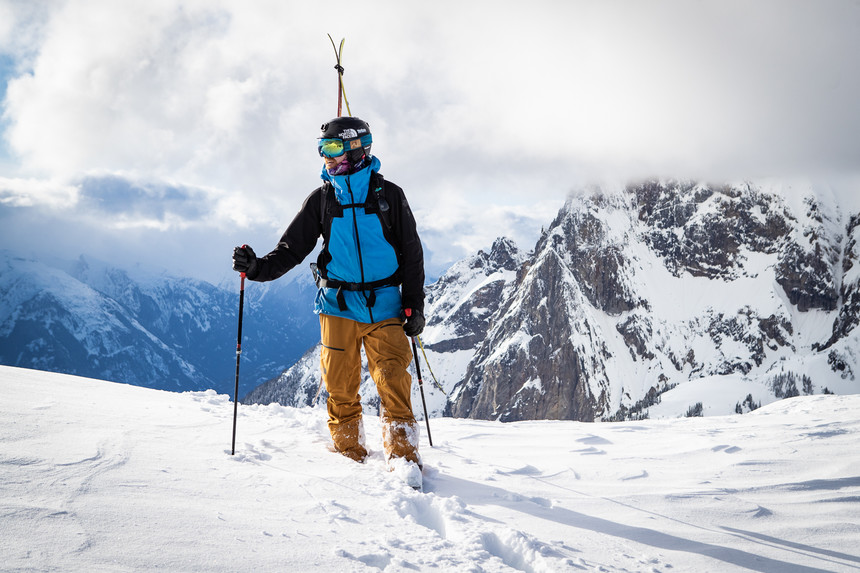 The view from the top? Pretty worth it. Eric Parker photo.

Last season, that’s exactly what McNutt, Lusti, Mac, and Smoothy set out to do with an all-star TGR film crew. The Canadian trio has been exploring these mountains for years, so their local familiarity played nicely with the fact that Smoothy is an up-for-anything machine of a big-mountain skier who can handle his business just about anywhere.

As with any mission of this type, waiting for weather is a big part of the game. Luckily quick access via snowmobile and a bit of easy ski touring can get you into zones that ride well even during the deepest of storms. Once the weather went blue and the avalanche danger settled, it was high time to get into some bigger terrain. As Ian Mcintosh has put it: “let’s go big-game hunting!” With high-alpine terrain that resembles the gnarliest steep skiing found in Chamonix or Alaska, the team got to work, ticking off lines snaking down couloirs, through serac-riddled faces, and climbing back up repeatedly for more. While the snowmobiles might get you into the zone, it’s on you and your own two legs to get you any higher through terrain that will make even the most experienced alpinists get excited. 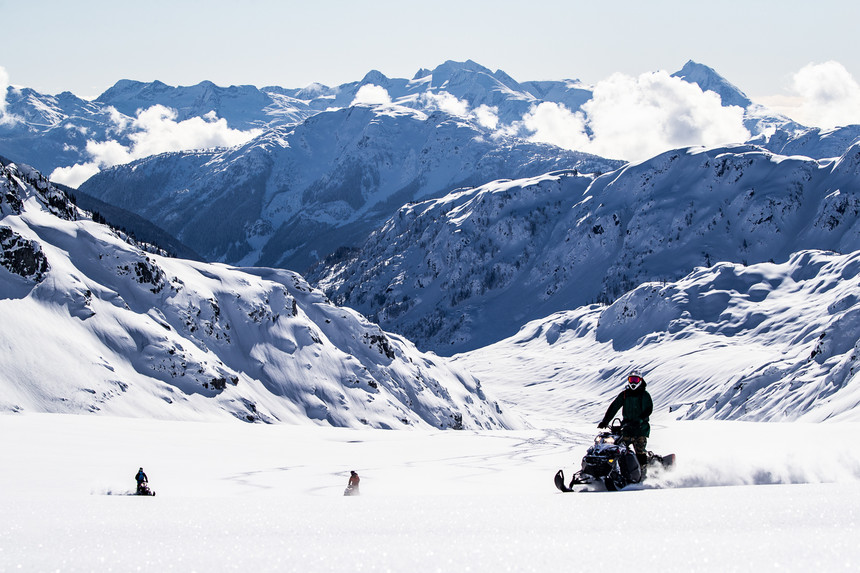 This past winter, the couloirs, faces, and pillow stacks were in rare shape, and for weeks the crew made it happen, stacking some unbelievable footage for Make Believe. Who knows what this season will bring, but we’re sure it’s not the last time we’ll be seeing this team making memories in these mountains. 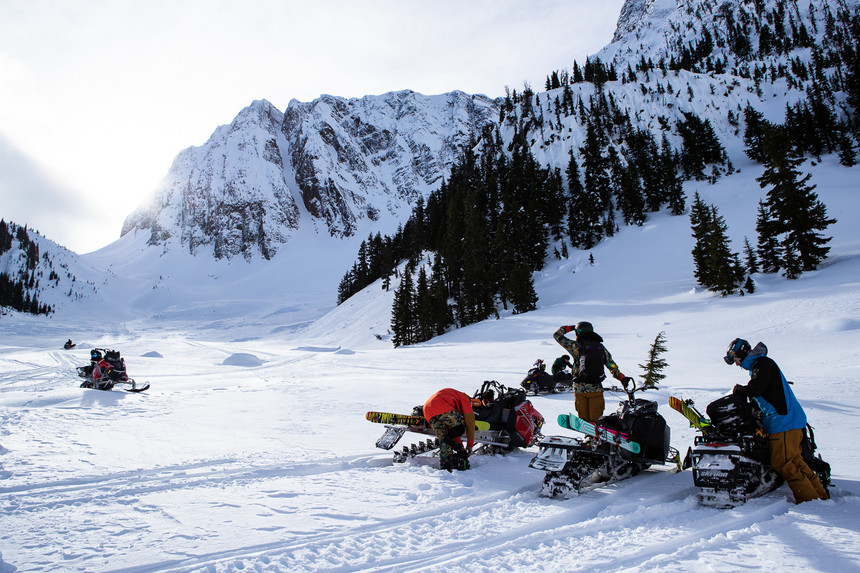