For Nick Mcnutt, exploring the mountains around his home in western Canada has always been high on the list of favorites. It only gets better when his best friends Sage, Johnny, and Mac come to the party. That party materialized in the form of the ultimate camping mission in the middle of BC’s Purcell Range. Using their knowledge of the zone from their 2018 mission, the crew was able to break it down to bare essentials. 10 days of wake up, climb up, ski bottomless pow, repeat. It’s a simple life, eh?

RELATED: Ian Mcintosh: Making The Best of All Adventures

North of his home in BC, Alaska has always been the final frontier of skiing, providing a unique combination of stable snow and poop-your-pants terrain that make what Nick McNutt did this year possible. Mcnutt is one of the most calculated skiers in the world, and knows exactly when it’s go time and what it would take to pull off his dreams. That point came about halfway through his time in Palmer this April, when massive storms made the lines he had his eyes on skiable. Mcnutt’s segment in Winterland is truly a feast for the eyes. 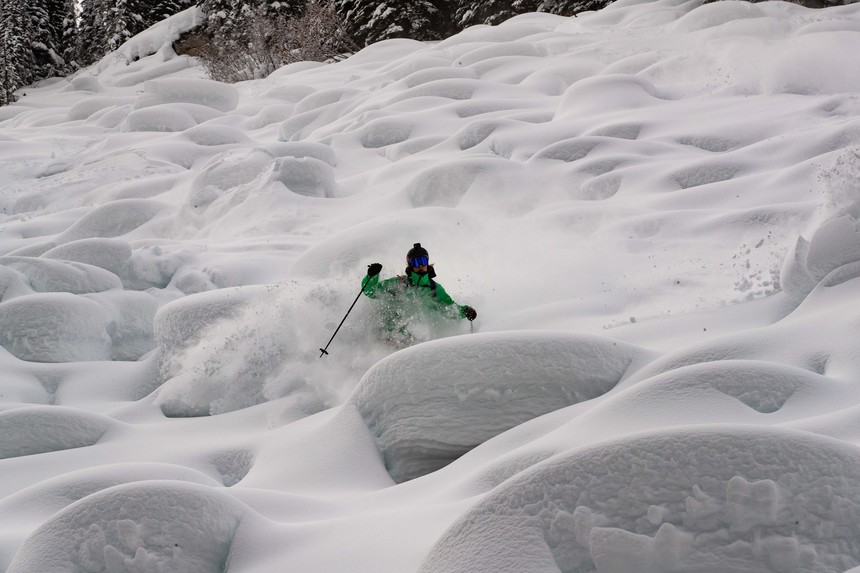 It's funny that this is considered a "bad" season in BC. Jeff Cricco photo.

Your season started off in BC, tell us a little about how it’s a great place warm up early season to hunting bigger and bigger lines.

British Columbia truly has it all, and of course that makes it a perfect place to slowly build your confidence throughout the year. We have access to a lot of big terrain of all styles. As the season progresses and things fill in, it’s awesome to keep pushing yourself without diving in too fast.

What’s your relationship with Mac like in the mountains? It seems like you guys are a pretty dialed scene up there.

Ian is obviously a legendary skier in these parts, and it’s awesome that I get to call him one of my main riding buddies and a close friend. He has a wealth of knowledge nearly unmatched in the local hills, and I try to take in as much as I can from him. Plus, he’s got a really good head on his shoulders, is always safety conscious, well prepared, and most of all, endlessly stoked. 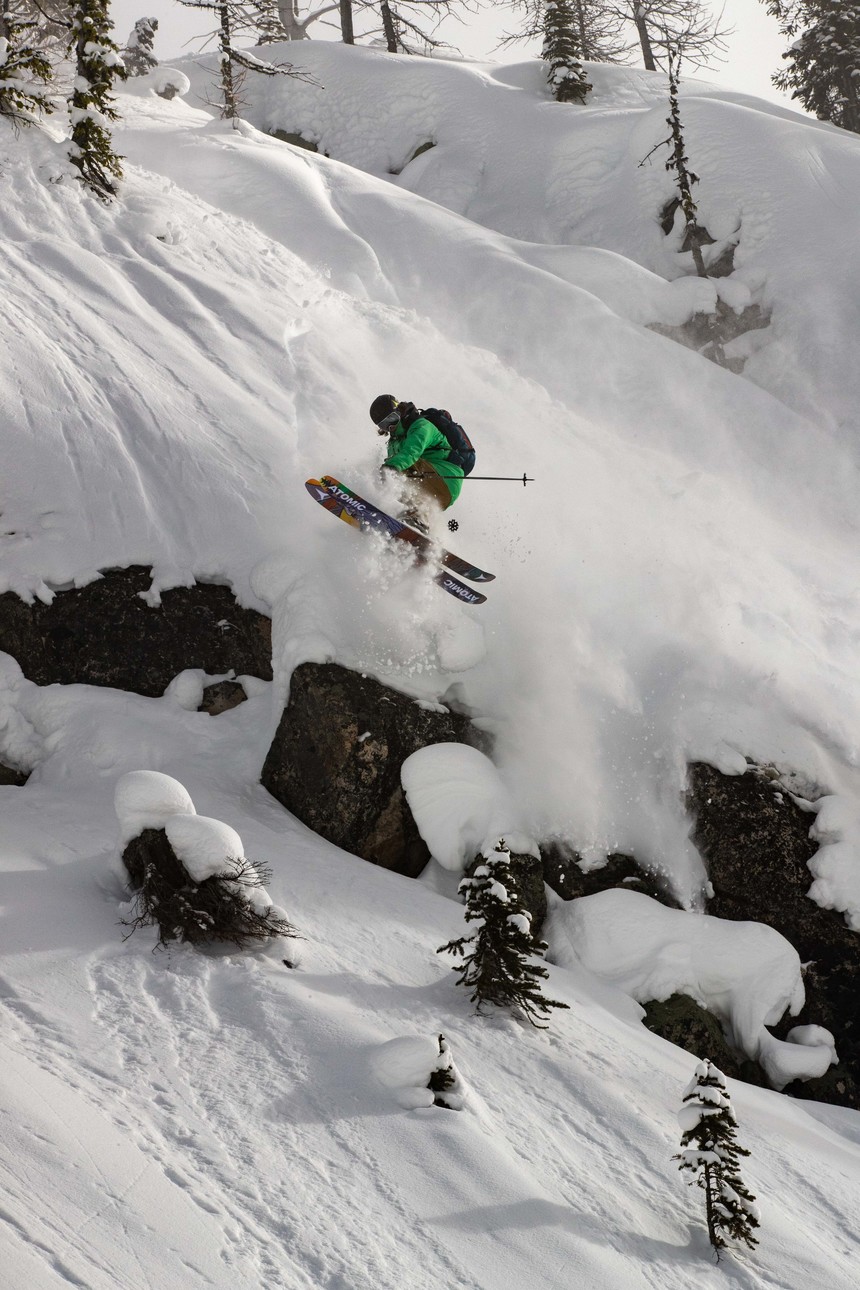 It looked like the snow wasn’t super great in BC at first last season, what do you do around home when you can’t ski?

We had a great early season, and as January turned into February, things dried up a bit. We actually ended up with a really dry mid-winter accompanied by a lot of wind this season, which made things tough at times. Fortunately, Squamish rarely has snow on the ground (being at sea level) and we got out for some mid-winter bike rides which is always a nice way to change things up. On warm, sunny days, it’s actually perfect conditions for rock climbing too, which is a bit of an obsession for me...

When you got the call to go up to AK, what was your reaction?

Obviously, I was super excited and immediately made the phone calls to make it come together, it’s an opportunity I hope I never pass up! 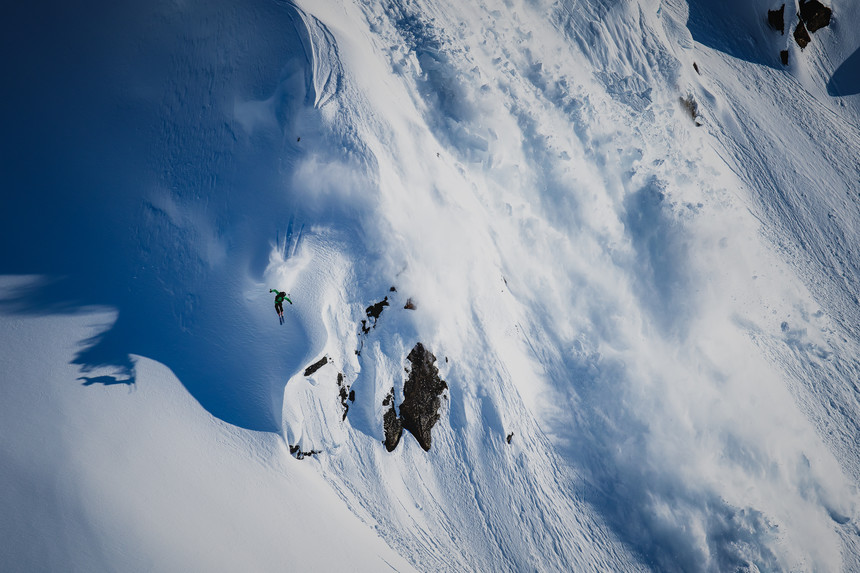 You’ve been to AK a few times now, but what was different this year in terms of conditions and setup?

I had been up there a couple of times before, but it can be a hard place to get everything to line up with conditions, weather and everything else. I was super excited to give it another try, especially in a more “classic” zone compared to my last trips up there, and we somehow rolled into a sunny stretch of about a week as we showed up which was a dream come true. Rather than camping in a really obscure part of the state, we were just staying at a house with access to a tried-and-true honey hole of terrain via helicopter.

How was shredding with the crew: Angel, Elyse and Griff?

Our crew this year was amazing, and it was so cool to watch two of the best women to ever ski big mountains feeding off each other! Those ladies are such strong skiers and also bring amazing personality to the table, we had a ton of laughs and kept things light which is great for trying to piece together scary terrain. Griffin came in about a week late, he had a prior obligation, and when he got there it was a super seamless transition to a four-pack. He’s got things really dialed and has more experience in big terrain than most, which was crucial since he showed up and went straight into probably the biggest stuff we skied all trip on his first day. We are all good friends anyways, so it wasn’t like we were bringing in someone “new” in that sense. 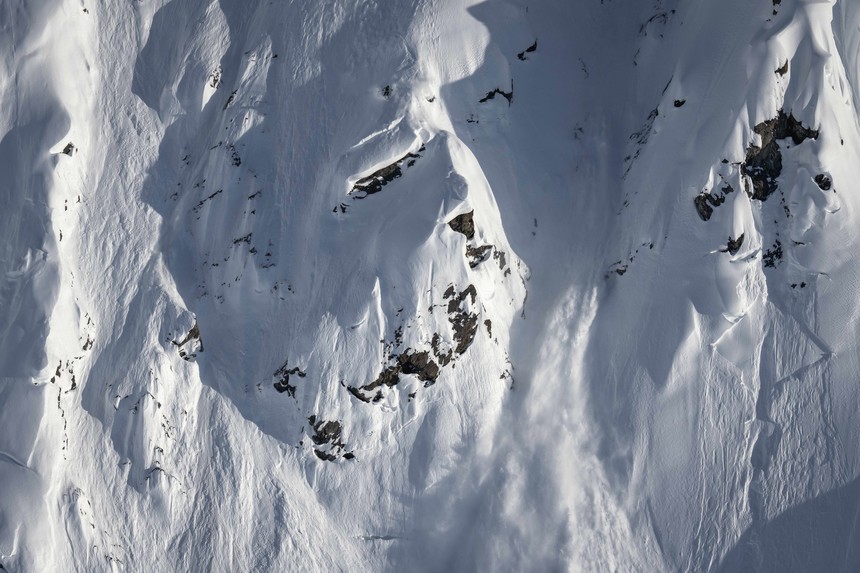 A gold star for whoever finds Mcnutt in the photo first. Nic Alegre photo.

What’s your dream trip for next season?

Once you’ve had a trip to Alaska like the one I experienced this year, it’s hard to imagine not trying to chase that again and again! Excited for next season!