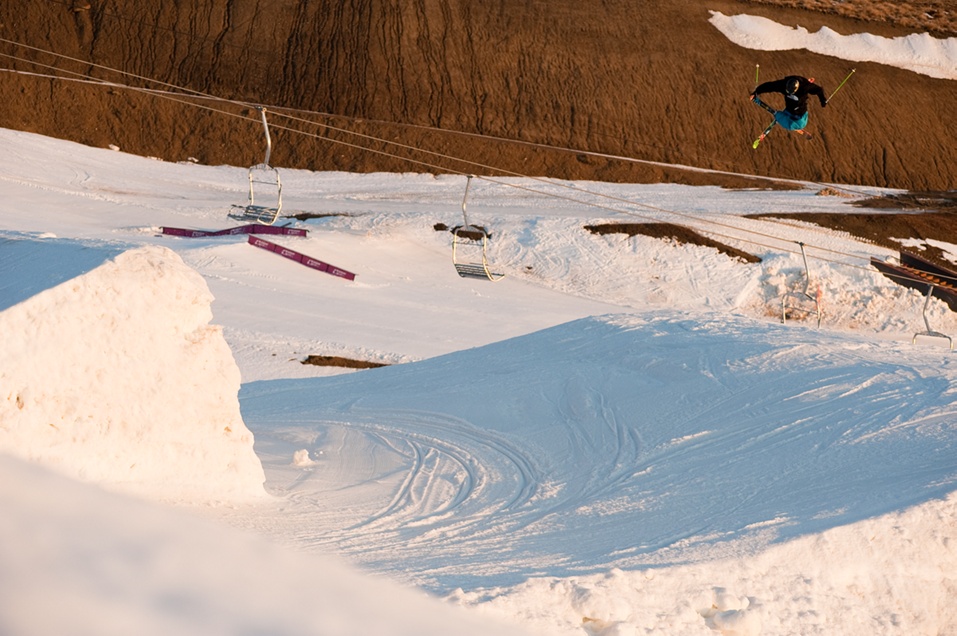 The North Face athlete, former TGR film skier, and Stept Productions co-founder Nick Martini knows a thing a two about proper training for ski season. Having suffered through multiple knee injuries (sound familiar?), Nick’s had to dedicate copious time in the off-season to strengthening his muscles and ligaments to protect his knees, and dedicates time in the winter to stretching before heading out to the hill and spinning on the bike when he gets home to stay loose.

Nick spoke with us about the training he’s learned to undertake after years of rehabbing from injuries and hard lessons learned on the hill.

On Dealing With Knee Injuries and Getting Outside 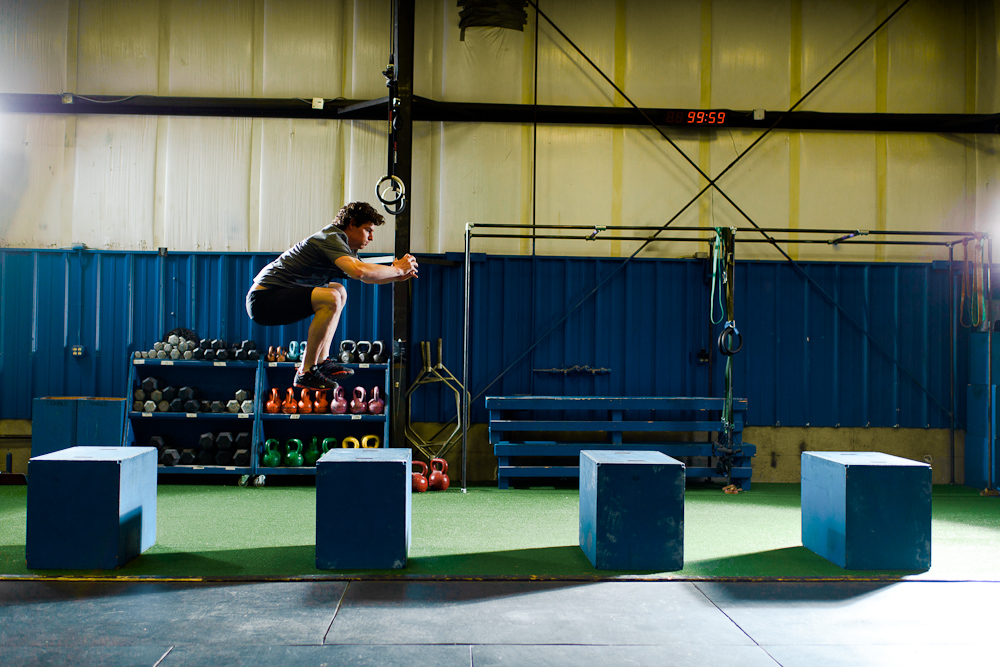 For those recovering from knee injuries, high-impact exercises, like box jumps and running, are critical to get the knee ready for the abuse it'll suffer come ski season. The North Face Photo.

With how many knee injuries I’ve had, I always go spin on a bike and do squats and leg presses, but it’s huge to be doing off-the-bench type exercises. I like trail running up and down rocks, doing box jumps, carrying big rocks and boulders up hills–that kind of functional exercise. Skiing isn’t like being on a leg press machine–it’s completely out of control.

Jumping, running, and getting some impact really is important for preparing your knee for the type of impact and compression that skiing brings (although it should be noted you should be cleared for high-impact activity by your doctor first). I remember Pep Fujas was road biking like a savage after he tore his knee, doing 100 mile rides all the time during the summer, but still had knee issues when he got back on snow.

But once ski season hits, spinning on a bike with low resistance is one of the best things you can do for a knee, just to keep it lubed and loose. If you have inflammation in your knee after a day on the hill, instead of just sitting there with ice on it, go spin on a bike for twenty minutes with very little resistance. It helps so much to work the inflammation out of the knee and keep it loose.

To pull off a segment like this, you can bet a pretty regular stretching routine was part of the mix.

My whole life I’ve put a big priority on stretching. I’ve seen so many people blow out shoulders and arms just skiing pow cold in the morning, not yet warmed-up, on a little spill, and tear a muscle. To avoid that, I’ll just take a hot shower and stretch super light for twenty minutes or so before skiing in the morning. In the winter I don’t work on as much cross-training as I do in the summer, but I’ll do a lot of spinning with almost no resistance after a day of skiing to keep my joints loose and keep the fluid moving in my joints, especially after doing a lot of jumping.

On Training for Freestyle Skiing Specifically 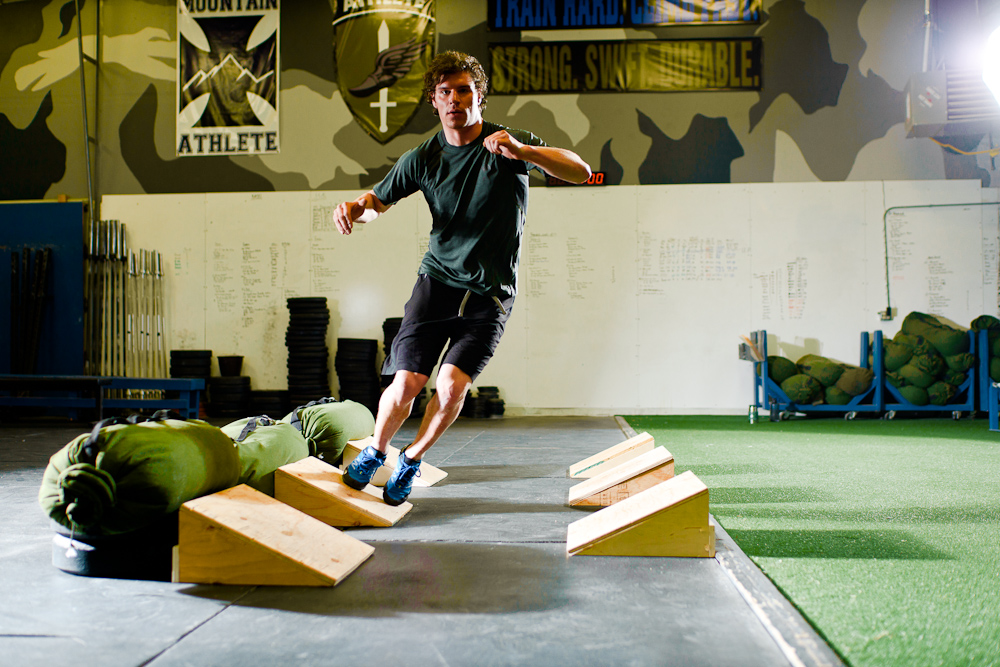 "Getting your muscles and ligaments used to force and compression in a safe way helps a lot." The North Face photo.

Jibbing requires rotational type exercises: spinning on and off a Bosu ball–those half-Swiss balls–while practicing your weight distribution is something I do quite a bit. Getting your muscles and ligaments used to force and compression in a safe way helps a lot. I’ll jump on and off of a Bosu ball while holding a medicine ball, which is really good for your little support and stability muscles and getting your knees and joints used to being in an unstable environment. 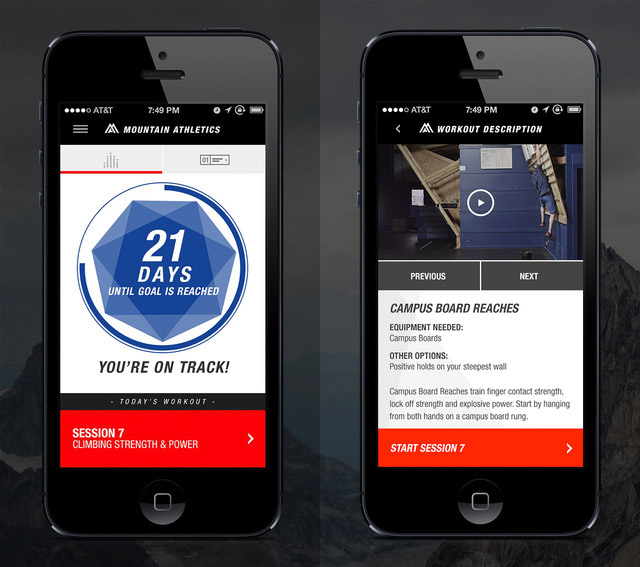 Nick’s been doing the Backcountry Skiing training program on the Mountain Athletics app the past few weeks with the hope of being fit enough to charge farther into the backcountry. “My goals is to do a lot more backcountry exploration, and I want to make sure I’m fit enough to get to new places I haven’t been before,” Nick said. “I’m trying to get out there, so I’m trying to be prepared.” Here’s a few of his favorite Mountain Athletics routines: 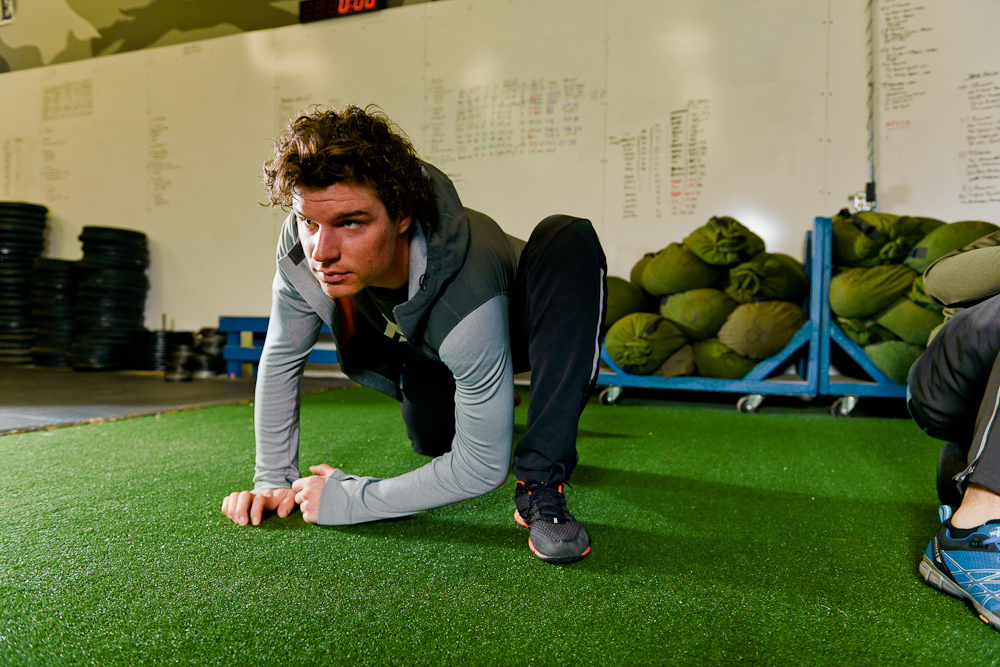 Stretching: easy to skip but critical if you don't want to get injured (or suck). The North Face photo.

1) The Warm Up: It’s so easy to ignore, but the warm up, whether you’re in the gym or out skiing, is so critical to making the most of the workout and preventing injury. Like I said, I’ve had lots of friends who’ve injured themselves doing tiny little pow runs, so whether I’m skiing or in the gym, I try to follow the Mountain Athletics warm-up, with some light air squats, walking lunges, push ups, and sit ups just to get the blood moving. I always do a super-light twenty-minute stretch, a really light stretch, just to get the fluids moving through my joints, too.

2) The Quadzilla Complex: The Quadzilla Complex, a plyometric-based routine consisting of six rounds of loaded lunges, loaded jump lunges, unloaded jump lunges, and squat jumps, can be done with either a barbell or kettlebells and trains your legs for absorbing the impact of gravity as you slam down the hill. This comes in Session 2 of the Mountain Athletics program.

3) Scotty Bobs: Most people don’t think of skiing as an upper-body sport, but backcountry skiing is certainly more so, whether you’re skinning, hiking, or actually climbing to get to a summit, and being weak up top makes you way more susceptible to an injury when you fall. The scotty bob, which is basically a push-up followed by a single-arm row, is a pretty efficient way to take care of that worry.

Download the Mountain Athletics app for free today here and get yourself strong, solid, and ready for your winter objective!

Dunfee you mixed up eccentric and concentric.  Eccentric motions are motions when the muscle is lengthening and applying a force by resisting another (external) force.  Concentric is when the muscle shortens and applies a force.  Skiing involves both but involves more eccentric motions than most sports.  Obsorbing a mogul or entering a turn is predominantly eccentric, where pushing off a mogul or rebounding out of a turn is concentric.  Eccentric movements cause more muscle tissue breakdown and soreness than concentric, especially when they follow concentric movements.  That is why skinning up then skiing down can make you so sore.

Right on, Neufox… got pretty confused reading through “the scientific literature” to figure out which was this. But I’ll edit this to reflect the technical inaccuracies…