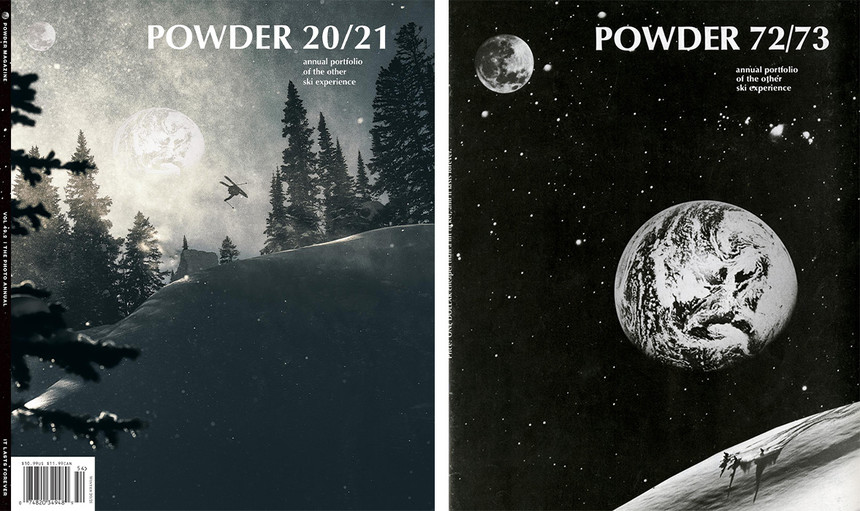 49 years ago, Powder Magazine began its run as one of the most legendary publications to ever grace the industry, inspiring countless numbers of skiers throughout all generations with stunning photography and storytelling. Now, after nearly five decades, TGR photographer Nic Alegre teamed up with skier Karl Fostvedt in the Jackson Hole backcountry to create his third and final cover shot, paying homage to the debut 1972 issue.

Powder announced this past October that it would shut down publication of its magazine, website and social media channels on Nov. 20. The cover photo for the final issue of Powder is a throwback to the magazine’s debut issue, featuring veteran skier Karl Fostvedt in midair, set in silhouette against the backdrop of a sunny sky in the Wyoming backcountry near Jackson Hole. The magazine’s design team for the final cover shot then took the imagery from the magazine’s debut edition and superimposed it behind Fostvedt, creating a stunning reference to the magazine’s early days nearly 50 years ago.

Once we were notified this annual photo edition would be the final issue of the magazine, we knew we had to create something that would be a real tribute to Powder and its legacy. I dug through our archives and found the first edition of the magazine and put it next to this shot from Nic, and there was just something there that made sense. That shot from Nic had an ethereal vibe to it and felt different from the other choices. There have been some Powder covers over my tenure that were just meant to be and created themselves, and I think this is one of them.

Fostvedt and Alegre spent a good chunk of February 2020 working together in the backcountry around Jackson Hole, and this particular shot came after a long day shooting for Make Believe -which happened to be Fostvedt’s first day shooting with TGR for the season. Leave it to someone with Alegre’s chops to nail a Powder cover after only a few hours of working with an athlete. Though Fostvedt’s talent in front of the camera certainly goes a long way towards making the magic happen. That day, Kai Jones and TGR director and co-founder Todd Jones had largely wrapped filming for the day before Fostvedt noticed the wind kicking up and creating a surreal backdrop of sun and snow, asking Alegre if he wanted to try one more shot before ending the day. 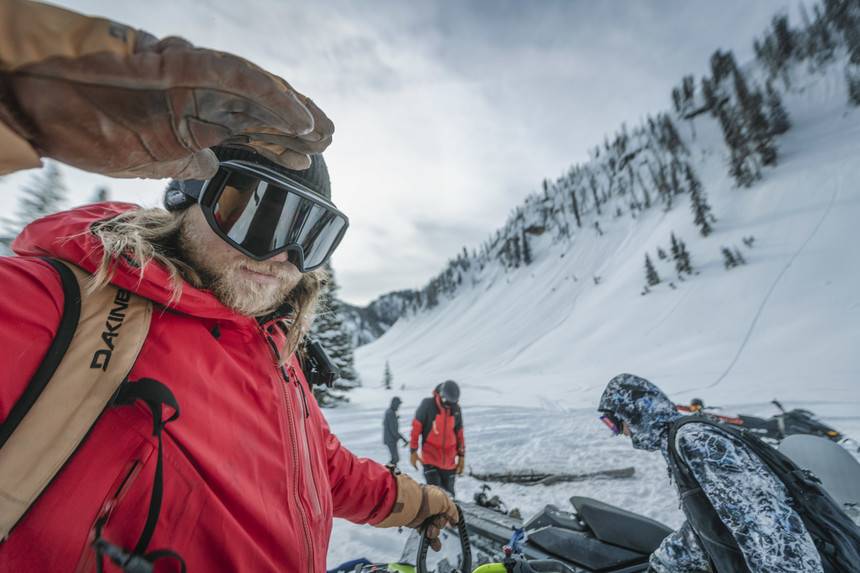 “We knew with the wind gusts and the sun that he would be perfectly backlit, so he just went for it, and that’s the cover shot,” said Alegre, who is based in Jackson Hole and was the first lead photographer in TGR’s history.

I’ve always had so much respect for all the athletes, photographers, designers and everyone who made Powder what it’s been for so long, and it’s an incredible honor to be featured on the cover. If an iconic magazine like Powder is going to go out, I’m glad to have the honor of the last cover shot. I just hope I did the magazine justice. 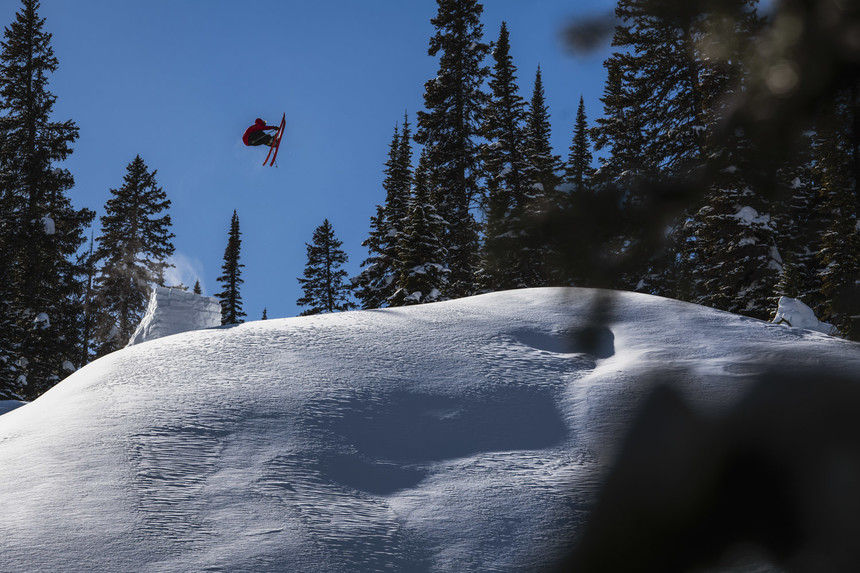 A different frame from the same day. Nic Alegre photo.

Working out there with Nic was all time. He never has anything but positive energy for the crew, and a relentless work ethic. It was no surprise that he and Karl linked up to make this shot happen. The weather was in and out all afternoon, and while the wind was at its worst, Karl had no problem stepping up to that jump and stomping pretty much every trick. Nic was working his magic on the composition and we could all tell by his reaction that something special was coming together...I don’t know if anyone could have expected it would be the last cover of what could be called one of the most influential ski magazines of our time... Congrats to Nic and Karl, well deserved!

Powder shutting its doors might signal the end of an era, but it’s the moments like these that will make its memory shine bright for years to come. And who knows, through the passion and hard work of artists and athletes alike, we’re bound to see something even greater rise from the ashes.