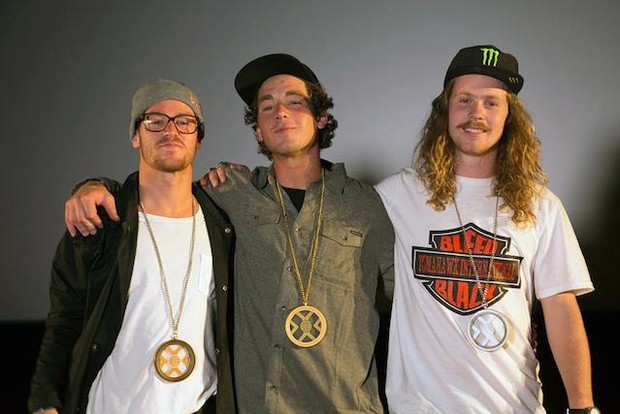 With eight X Games medals in the bag, Sammy Carlson isn't letting up. After what could have been a season ending injury, the 26 year old pushed through to win his third X Games RealSki Backcountry despite his late start.

Sammy stepped out of his editing bay for a brief break in his busy schedule to chat with us about his recent win and what we can expect from his newest film project.

Can you tell me about winning the X Games RealSki Backcountry Gold for the third time?

It feels so good, I'm definitely honored to get the three-peat. Every year feels different. Season after season there are different obstacles. This year was especially tough for me, so I’m psyched that my team and I stayed focused and put out something special for you guys. We tried to take advantage of the conditions when things got good because it was definitely slim pickings.

Besides the lack of snow, why was this year especially challenging for you? 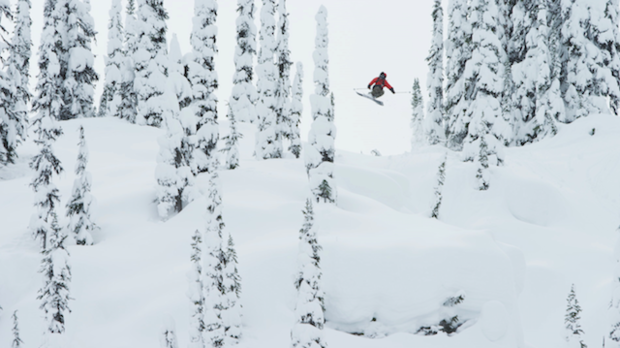 Despite the lack of snow everywhere else, Sammy somehow seemed to find numerous pow stashes.

I got hurt going into the season and tore my MCL in December. I wasn’t able to ski till the beginning of January, it was tough to catch up and get strong. Also I had some problems with my ski sponsor. I just decided that I had to end that relationship and that was pretty challenging, going into the season without a ski sponsor was tough. I just had to really hope for the best and focus on my skiing, and really just push through. I wasn’t ready to stop.

Tell me more about your injury?

Well honestly when I got hurt I was super worried that that was going to end my season as it was just starting, but I rehabbed pretty hard and got a PRP injection which really helped. I was back on my skis on January 6th.

At the end of the year did you feel like you had a complete and gratifying season considering you started it off with an injury?

There are always gratifying parts of the season, but at the end of every year I’m always excited. There are always new ideas entering my mind  and it leaves me feeling fresh for another year and ready to continue progressing. The limits are pretty endless out there and I’m psyched. Every season I’m happy  to still feel hyped on it and still have the same love that I did when I first started.  Every year I feel more passionate about what I’m doing.

Tell me about the RealSki comp.

It’s cool for all the riders involved. The criteria is pretty open, all you have is a set time limit. It really lets you get creative and represent your own style. It’s a great way for me to progress. Every year I get more comfortable out there and the more comfortable I am, the more creative I can get with my skiing. RealSki is a great platform for me to show that.

How did you feel the moment you found out you won? 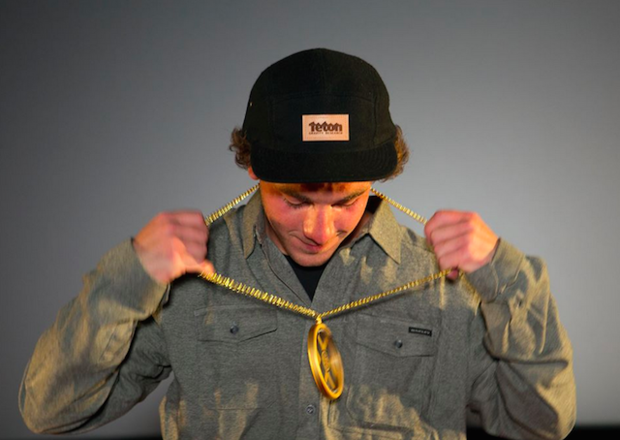 I was on stage and I really just took a moment to myself. I wasn’t expecting it at all when I went out there, so for the guys to hook it up with the threepeat was really special. I worked hard and everyone put out incredible edits so I was honestly just really grateful and super stoked on it. I was actually really nervous. I’m always nervous to put something out, especially something I worked so hard on, so it’s really gratifying to know that people liked it, especially the Fan Favorite vote.

Was it scary to see the slide in Sean’s edit? Have you ever experienced something like that?

Absolutely. It’s always scary to see that. I got caught in a pretty bad slide in BC. I wasn’t wearing a hat or goggles and my jacket was open, I was mid way through on a jump build and I just got swept. I ended up being buried to my waist and luckily I was fine. All of a sudden this beautiful playground turned into the scariest place. Knowing the snowpack and checking the charts and understanding what you’re getting into is so important.

It’s also super important for all the kids out there that want to get into backcountry skiing to know that. Like, really understanding the snow and always bringing avy stuff, and especially trusting who you’re out there with. If you get caught in a slide and you’re the only one that knows how to use your beacon, it doesn't do you any good.

Do you think all comps should move in the RealSki direction?

I think there will always be standard slope and half pipe comps, but I hope that they can get more creative with the courses and mixing it up. As the sport evolves, the courses have really stayed the same, so it’s important for them to start creating different courses for riders to shred. Just keeping it exciting, I mean personally I get pretty bored watching the three or four runs they have. I think it would be cool to start seeing more film like features in slope contests.

Do you think you ski differently when a camera is in front of you? 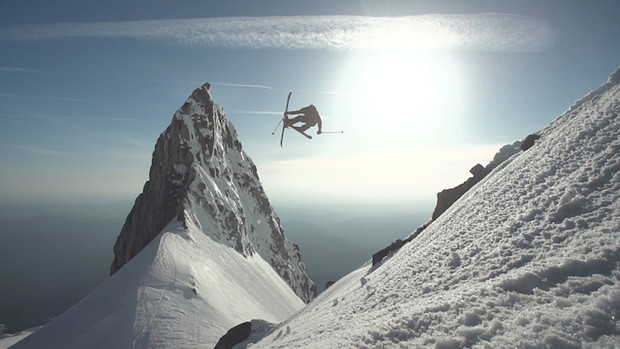 Sammy doing what he does best on his home turf.

Maybe I ski a little harder. But not necessarily. When we’re filming we have certain safety precautions that are set up. We prepare for the worst and free shredding isn't like that, it's different. But it's so important for skiers to continue freeriding and not just shred in front of a camera or for comps. Personally I can’t progress that much that way. I like to take the time and really get ready for it in between, so when it is time to film you’re ready and you know exactly what you’re doing, not rushing, if that makes sense.

What do you think set your edit apart from everybody else’s?

It’s hard to say, I think this year especially produced some really impressive edits. But for me I just try and build off the segment I produced the season before, so I’m always trying to add on to what I was working on before. I just really tried to step up from last years segment, especially with the pillow transfers and stuff. It’s the same with my jumps, just focusing on different tricks and progressing the ones I have.

I’ve been really inspired by surfing and snowboarding too. It definitely makes me look at the mountain differently, and I can see different lines and unique ways to ski them. That style is definitely something that has translated to my skiing.

You’ll have to wait and see! We've got one month till the Sammy C Project, which premiers November 20th. But I'm really just trying to focus on showcasing my style. While we’re filming, I don’t think at all about what everyone else is doing. I just try to get out there and do my thing. I know what’s possible for me, so I’m trying to chase that and continue pushing myself. So that's what my upcoming season is looking like.

What can you tell us about the Sammy C Project besides it's premier date?

We’re really just trying to create some really special. We’ve been working really hard. We spent at least two seasons filming for it. We’re feeling really good about the footage we acquired over the years and I’ve been really enjoying working with Tony Birkholz and the TGR team here in Jackson. Im just trying to create something fresh that people like. You can definitely expect to see some more action with a little more storyline.

Yeah, a year and a half of it! You won’t see any park though.

So the RealSki is just a little teaser for what’s to come with the Sammy C Project?

Absolutely. You can expect  more in the film. The premiere is November 20th at the Roseland Theater hope to see everyone there! its gonna be a party!

Do you have anything else to add?

Thanks to everyone who supports me-all my friends, family, sponsors and fans! I think it’s important to remember why we're skiing. Every year I grow to love being in the mountains more and more. Even though it’s my career, I'm doing it because I love it. 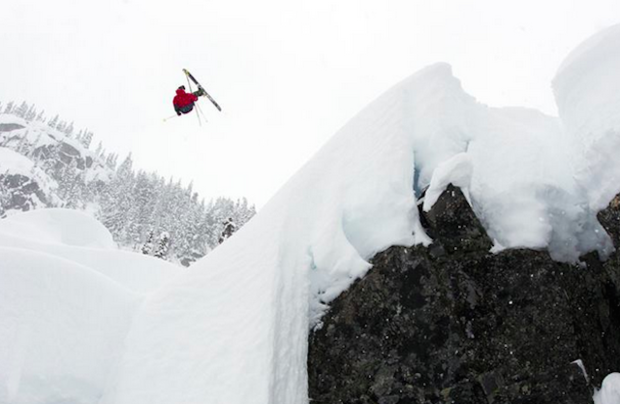 Check out the Sammy C Project on November 20th!