If you talk to any of the best skiers in the world, they all share the same simple insight: Go skiing, because it’s fun and the best way to spend time with your friends. Even among groms, that same feeling runs true. Skiing is first and foremost about friends and sharing the feeling of togetherness in the mountains. These days, the young guns have a new way of making that happen beyond simply meeting up at the local hill: Thanks to the burgeoning International Freeski and Snowboard Association (IFSA) youth competition scene, more and more young skiers and snowboarders are able to chase big mountain dreams while building a sense of community.

RELATED: TGR's Grom Contest is underway, and we're looking for the next ski star

IFSA was established in 1996 by freeskiing’s godfather Shane McConkey to create a governing body for the sport. Back then, freeskiing was comprised of everything outside of racing: big mountain, slopestyle, half-pipe, big air and skier cross, but McConkey felt that it should all be united into one athlete-driven family. The organization has evolved to now include junior and adult big mountain comps all over North America and provides a direct channel for the next generation to move onto major events like the Freeride World Tour.

Lexi Dowdall, IFSA/FWQ's Director of Freeride, sums it up.

"I love seeing how creatively the IFSA Junior Freeriders attack the mountain," Dowdall says. "They assess lines and stitch together moves in a completely different way than what we’ve come to expect from our FWQ Adult athletes. It’s exciting watching these younger kids push the limits of what we believed possible for young athletes. They are pushing the sport in new directions while learning how to approach challenges in life using the lessons they learn on the mountain. It is the community and the friendship between athletes and their families that makes these events so enjoyable."

These competitions provide an avenue for skiing and snowboarding’s next generation to showcase their skills, but more importantly, it fosters a sense of camaraderie. To find out exactly what that means to these young guns, we caught up with a few of the top names on circuit.

Look out for their skiing at the first competition of the 18-19 season at Wyoming’s Beartooth Basin June 11-16, and a reminder to all the groms out there: TGR is still taking submissions for the  2018 Grom Contest. 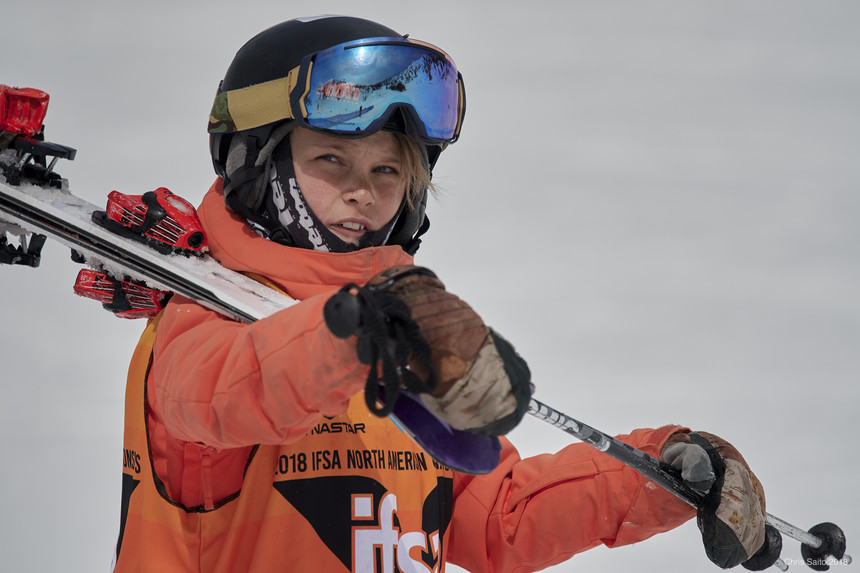 Kai Jones lives in a skier’s paradise on the back side of the Tetons in the small town of Victor, Idaho. His time spent growing up in these mountains and skiing big lines both in and outside of the resort prepared him to take home the title of 2018 IFSA U12 ski champion. The young skier had a few things to share about skiing on the circuit, highlighting the fact that IFSA gives him an avenue to make new friends in mountain communities all over the world.

“Snowbird was one of my favorite days I’ve had on skis so far,” says Jones, “of course I had that feeling of butterflies in my stomach, but it all worked out in the end.”

His run down the rowdy venue earned him first place and the overall title, but his favorite part was seeing his friends from all over the country again. After throwing down on his run, Jones was stoked to just ski pow with his friends for the rest of the day. 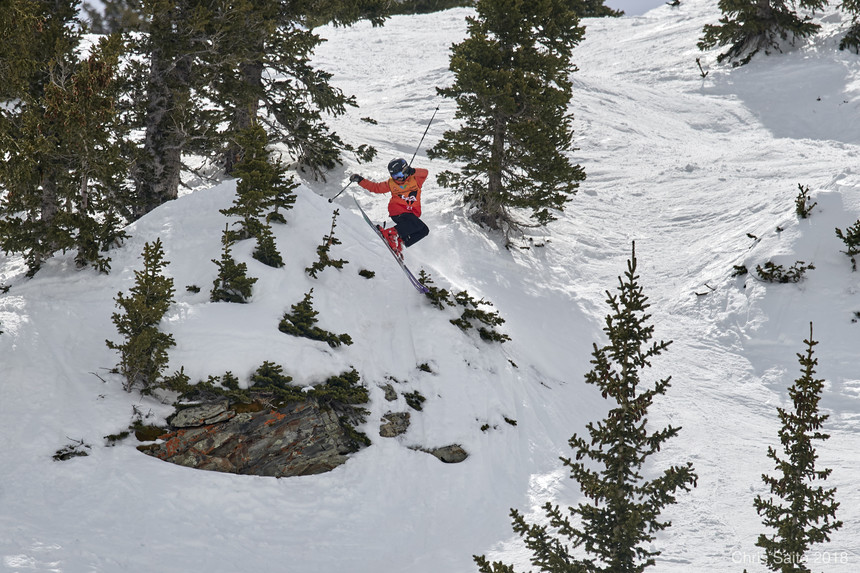 Kai's signature move. When you see this guy come out, you know you're in trouble. Chris Saito photo.

This season, Jones has spent more and more time filming, both with friends and with TGR. He credits his time on the IFSA circuit with preparing him to throw down when the cameras are rolling.

“Skiing in a competition is kind of hectic, you get your 3-2-1, and then it’s all systems go. When I’m filming, I’m skiing the same kinds of things but it’s a lot more relaxed,” says Jones.

While Luke Miele may live closer to the beach than the mountains, the Wellesley, Massachusetts-based ripper loves the opportunity the IFSA comps provide to travel the country to explore new places and meet new people. He has competed in the IFSA for years, and currently sits third in the overall U12 rankings. 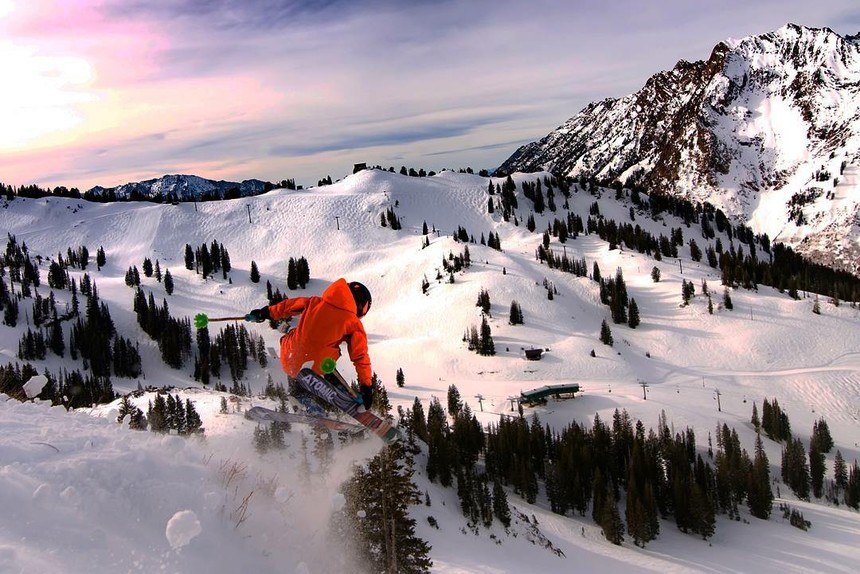 “My favorite thing about the comps is making new friends,” says Miele, who now counts Kai and the rest of the crew among his best friends.“The first year I competed I didn’t know anyone else, but it’s really easy to make friends, that’s how I met Kai and some of my favorite skiing buddies.”

CALLING ALL GROMS: Submit your entries to the 2018 TGR Grom Contest

Nerves are a big part of the game of big mountain skiing, and when he is on the mountain, Miele feeds off the infectious energy of his friends standing on top of the line with him.

"When I stand at the top of a line, I usually get really nervous," says Miele.  "But everyone up there is excited and feeding off that energy gets me really stoked to drop into my run.” 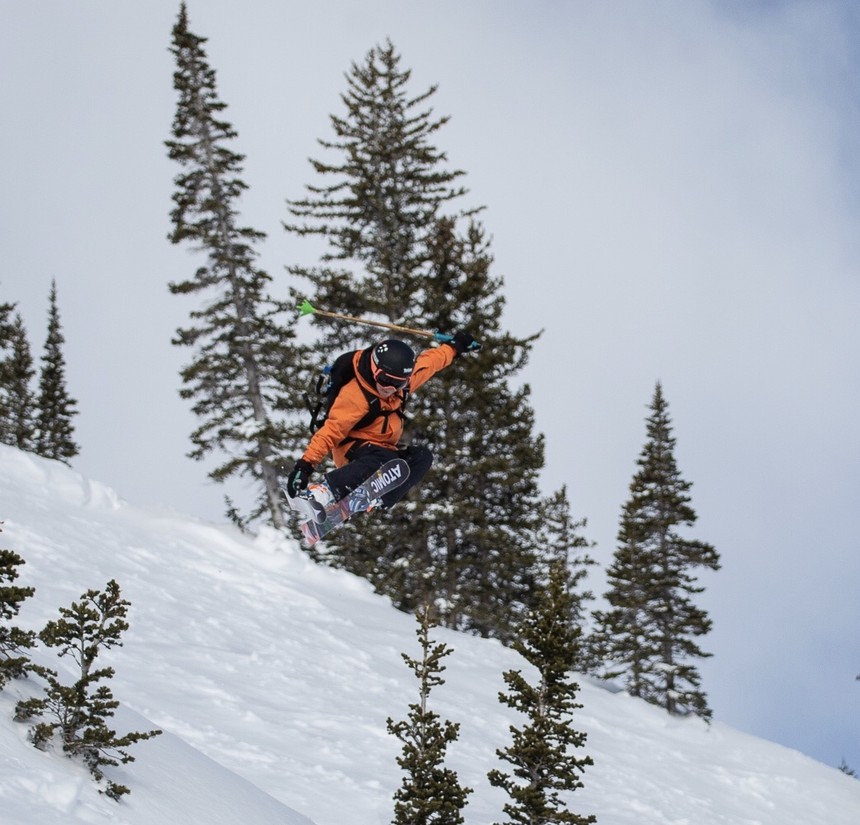 Knowing a thing or two about style helps in these contests. Miele gets the grab on a pow day. Rocko Menzyk photo.

Miele loves to travel and appreciates that he has made friends from all over the country through skiing.  For one thing, he now has a couch to stay on just about anywhere he wants to ski.

“My favorite competition was this year’s championships at Snowbird, people came from all over the country to compete," Miele says. "And it was really cool to compete with everyone from different backgrounds.” 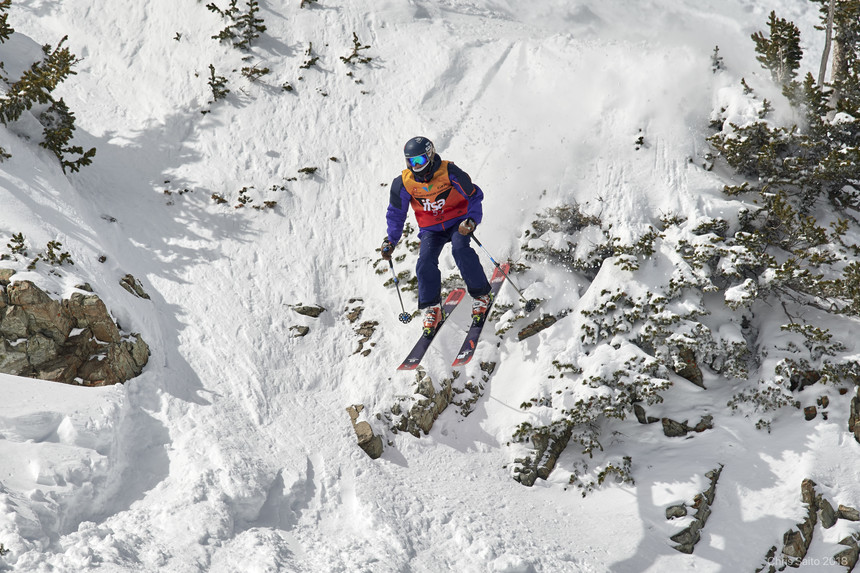 After nine years of racing, Ellie Snow Armstrong was stoked to put on a different kind of bib. This time to go huck cliffs. Chris Saito photo.

As the only competitive U18 female big mountain skier in Jackson Hole, Ellie Snow Armstrong has a unique advantage over many of her competitors: a home mountain that is basically one giant big-mountain venue. She has used those features and her ski racing background to her advantage. Gone are the rigors of bashing gates against the clock, instead replaced with having as much fun as possible on the hill every day.

“I raced for nine years, but felt like that was getting old and stale, so I was inspired to enter my first big mountain competition last year,” says Armstrong. “I won it, and made a high ranking overall my first season.” 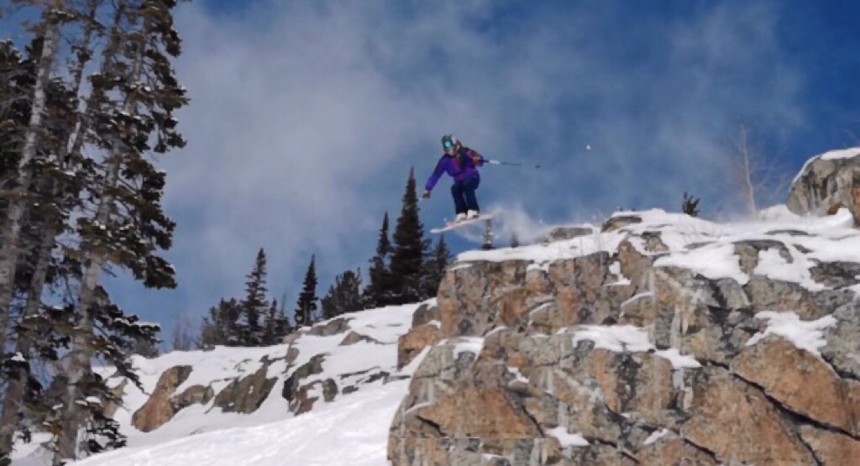 Freeriding around her home mountain has led Armstrong to be comfortable doing a whole lot of this. Ellie Snow Armstrong photo.

That sentiment seems to run true among many of her friends, who wanted an outlet for their skiing that racing simply can't  offer.

“When I raced, I often felt that when you win, your peers aren’t very supportive," says Armstrong. "Now, in big mountain, your friends are just as stoked as you when you win.”

Full disclosure: Rick Armstrong is not a grom.

Two decades ago, “Sick” Rick was a pioneer of the Jackson Hole Air Force and starred in TGR films, slaying big lines from the Tetons to Alaska. These days, he is busy instilling the same free-spirited sense of adventure into his daughter Ellie.

CALLING ALL GROMS: Submit your entries to the 2018 TGR Grom Contest

Being a proud dad may be his Sick Rick's new calling in life, but he still finds parallels between skiing and parenting.

“As a dad, I’ve seen that the IFSA circuit gives these kids an amazing way to gain valuable life skills," Armstrong says. "Things like learning to look ahead and anticipate what’s coming, which is much like dropping into a gnarly ski line!”

That sense of community granted by skiing big lines with your friends reminds him of something he felt every day during his ski career.

"The camaraderie that the series builds is unlike anything else in the ski world," Armstrong says. "Racing is great and teaches kids about competition, but there’s nothing like seeing my daughter drop into her line hyper-focused only to ski into the finish corral with a dozen of her best friends waiting there, cheering her on.”

So, whether it’s standing atop your line waiting to drop in or cheering in the finish corral at the bottom of the venue, the good vibes have infected everyone involved with the IFSA circuit. How did that song go? I think the kids are alright.

Everyone loves some good footy. So, we rounded up your top 5 favs from this year. Let's take a trip down memory lane, shall we?  1. Remember when Veronica Belle was the first ever woman to backflip into Corbet's, crowning her the queen of this year Kings & Queens of Corbet's comp at Jackson Hole? I mean, how could you forget!?  View this post on Instagram A post shared by Teton Gravity Research (@tetongravity) 2. Triple backy from this grom. Need we say more?