Editor's Note: In honor of International Women's Day, we here at Teton Gravity Research are going through the archives to find some of our favorite content that celebrates the women in our industry. The FWT's equal pay announcement was HUGE for 2020 and hopefully signals that gender inequality will be a thing of the past in action sports. 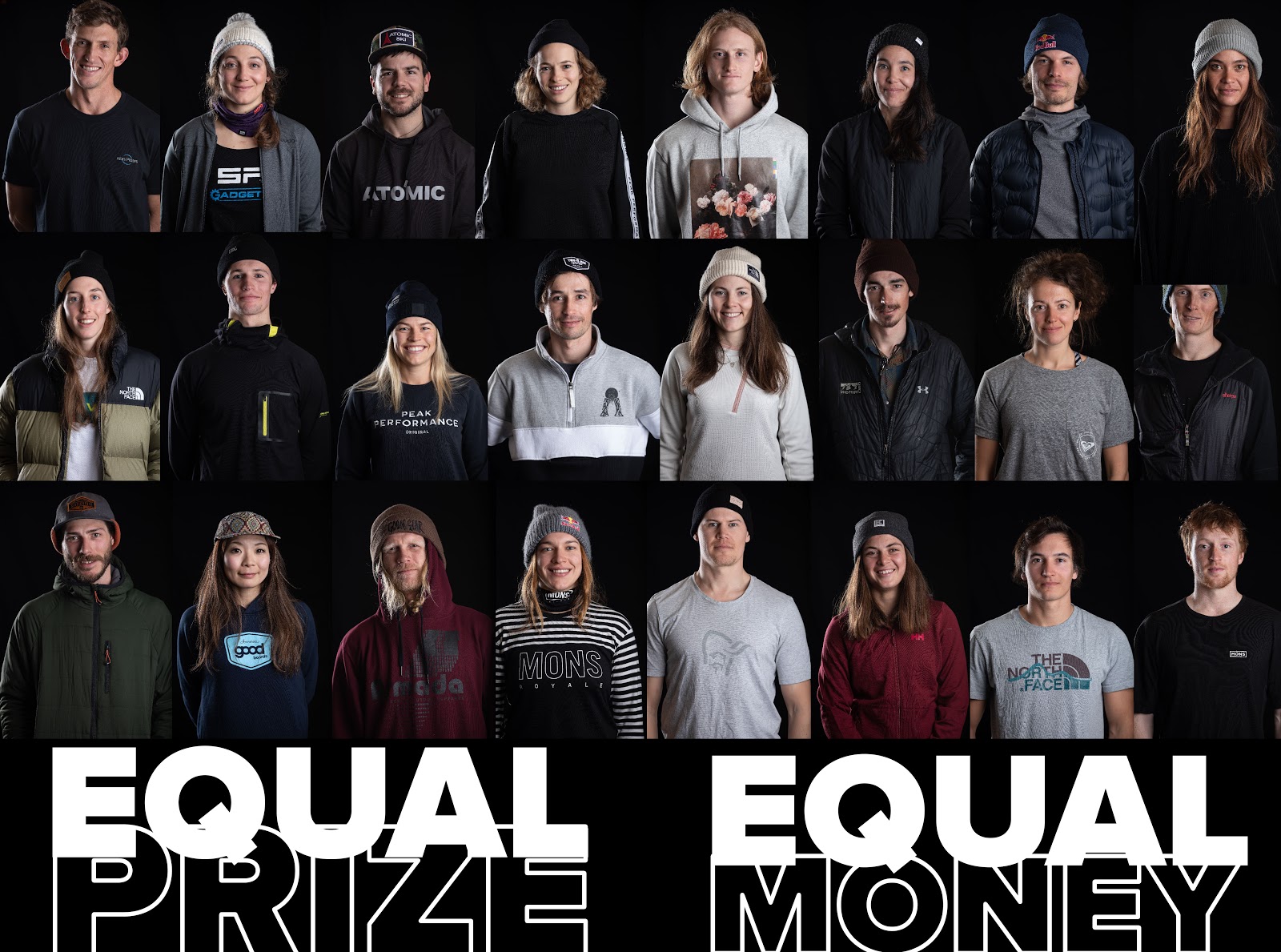 2020 is all about equality for the Freeride World Tour. FWT Photo.

This month, when the Freeride World Tour athletes drop from the Hakuba start gate, they’ll all be competing for the same cash prize—male or female. The Freeride World Tour is setting a new standard at the dawn of a new decade: equal pay regardless of gender. It’s a progressive step forward for female freeriding, and the FWT hopes it will elevate the next generation of freeriders. On top of gender parity in pay, the FWT has created a new program, Girls Just Wanna Have Pow, to mentor upcoming female athletes. Young skiers and snowboarders can register at a variety of stops on the tour to ride with legends like Arianna Tricomi, Jacqueline Pollard, Marion Haerty, and more.

This decision marks a turning point for freeriding, which has long been a male-dominated sport. In an interview for Jackson Hole Snowboarding Magazine, freeride snowboarding pioneer Julie Zell recounted to me the struggles women faced during the early days of the sport.

Julie Zell broke ground for women's snowboarding with three wins at the Valdez big mountain freeride competion, The King and Queen of the Hill. TGR Archives

On top of the inadequate gear and limited sponsorships, prize money was laughably disproportionate. When she competed at the 1996 Verbier Xtremes, a precursor for the FWT stop at Verbier, a male snowboarder won $4,000 for third place. His prize purse was $1,000 more than her first place winnings. Meanwhile, the female third-place winner didn’t even win money, Zell remembered her walking away with a bottle of wine and a box of chocolates. Thankfully, now female competitors don’t have to worry about covering their travel expenses or bills with a fancy bottle of vino. Instead, men and women will now win the same prize money across all categories.

FWT competitors are elated to see the change. Marion Haerty, Two-time Snowboard Women World Champion, said, "I’ve been competing since the age of 10, I have been able to observe positive developments so that women, too, have the means to create their dreams in this discipline. For my part, I was lucky to be surrounded by incredible men who served as role models and encouraged me to keep progressing. I hope that this sends a message of empowerment to the next generations.” And it’s not just the women who are excited, the men are on board too. Drew Tabke, Two-time Ski Men World Champ, spoke up saying, “I believe it’s the right move, as I’m confident it will push performance levels while growing worldwide participation of women in Freeride.” 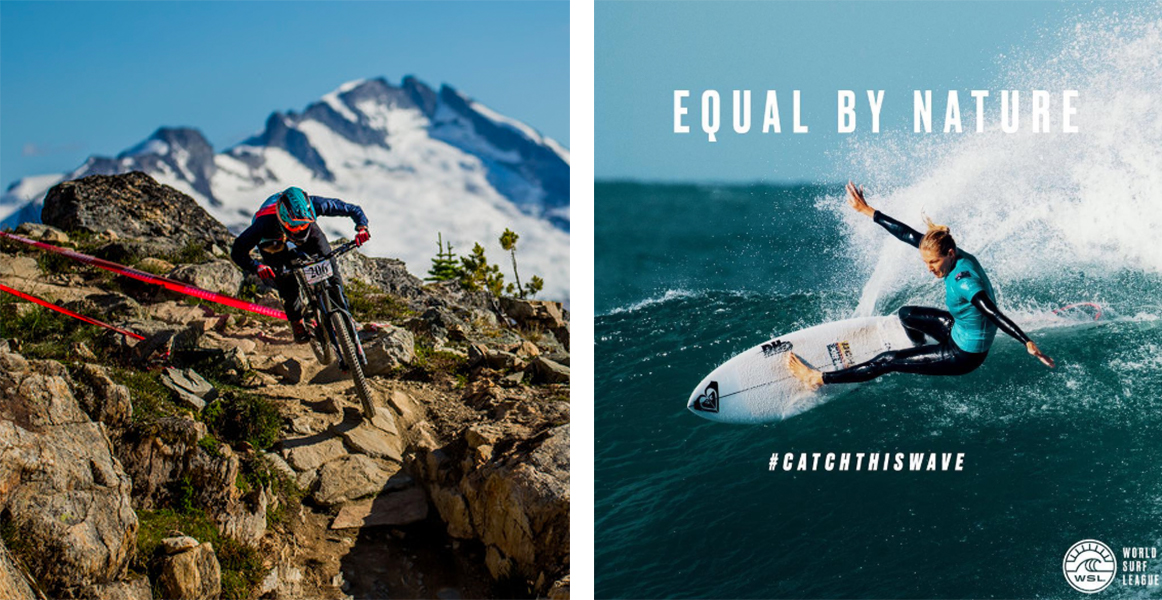 This milestone is not isolated to the world of skiing, and in the last decade, we’ve witnessed exciting leaps and bounds for gender equality in action sports as a whole. Last year, the WSL made history by introducing equal pay within a sport that at times paid female surfers 10 percent of what male athletes earned. In 2015, the Crankworx Mountain Bike Festival implemented equal payouts and shared podiums for its awards. The goal? To show the biking community that male and female champions should be treated equally.

Both sporting entities are thinking beyond just equal pay, and taking steps to make a change that benefits more than just their athletes. The WSL and Crankworx have created their own female-focused initiatives, Rising Tides and Shifting Perceptions, to create change beyond the competition venue for upcoming lady shredders in their respective sports. With the FWT following suit, it brings the action sports community one step closer to complete parity between genders.

Wow, I had no idea that the women were bringing in the same revenue as the men! That’s amazing! I thought that because the guys ski harder lines much faster with bigger airs and more difficult tricks that they would be the biggest money makers too.

Welcome to DesiSerials Youtube Channel. We exhibit desi serial channels
broadcast online. Desi TV Serial that are loved by people around the world.

It’s a very good article to read. It has a very good message in it. We know in this current world woman faces lots of problems in their workplaces. It feels really glad that there’s a very good change now in many firms like this one who see the hard work of women as the men.  audiovisual integrator